In an effort to protect life in our oceans, especially sharks and rays, we have expanded our support of global marine research, conservation and education initiatives. Our robust Keystone Grants, which run for up to three years, are a great example of this in action; aimed at generating critical knowledge on marine species and their habitats. 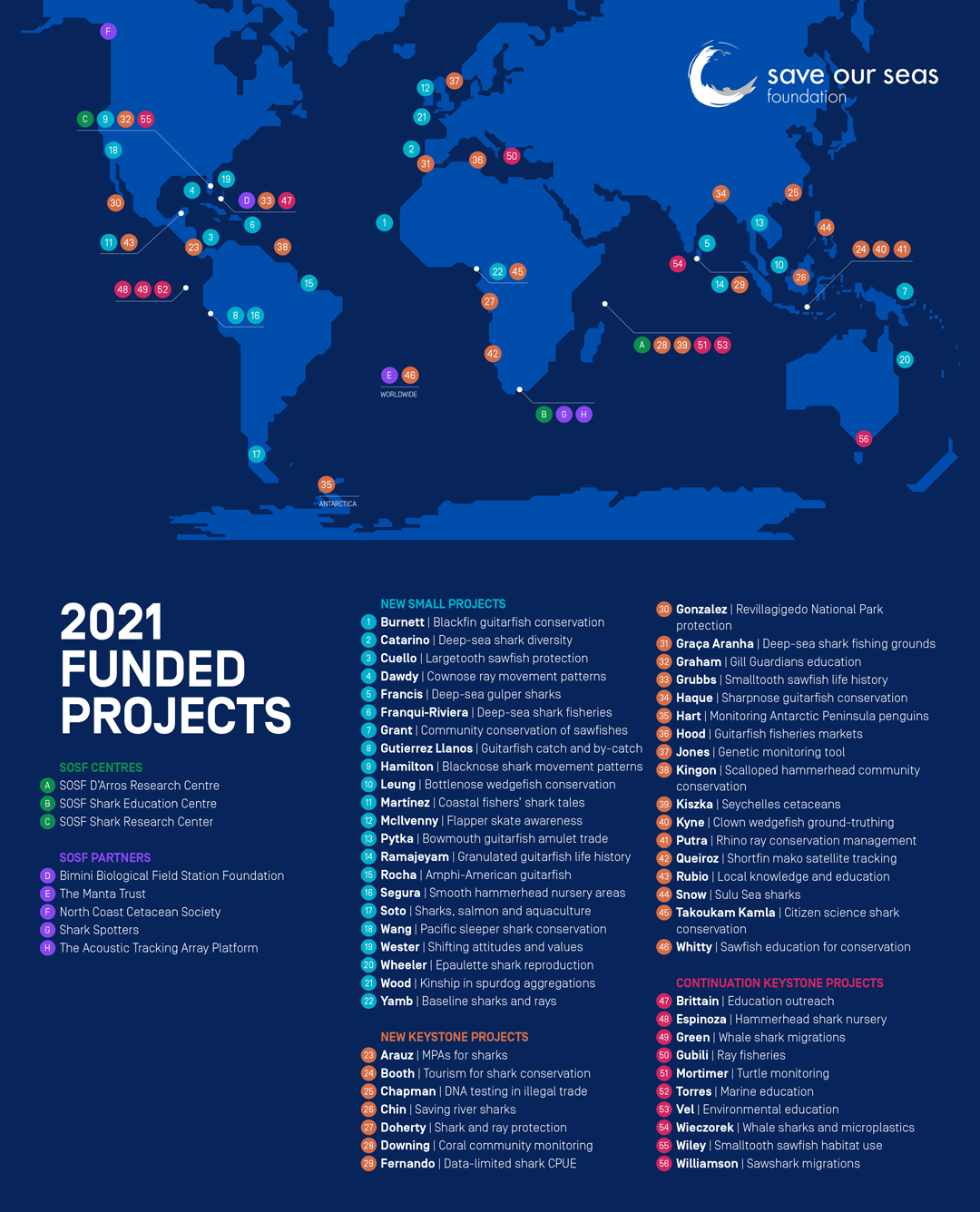 As the director of Mexico’s largest marine protected area (MPA), Alejandro Gonzalez has a vested interest in ensuring that Revillagigedo National Park has the capacity to intercept illegal vessels in its waters.

Ali Hood is collaborating with researchers across North Africa and the Eastern Mediterranean to develop support tools for guitarfish conservation.

Catherine Jones is intent on helping better monitor flapper skates and spurdogs in the northeast Atlantic. 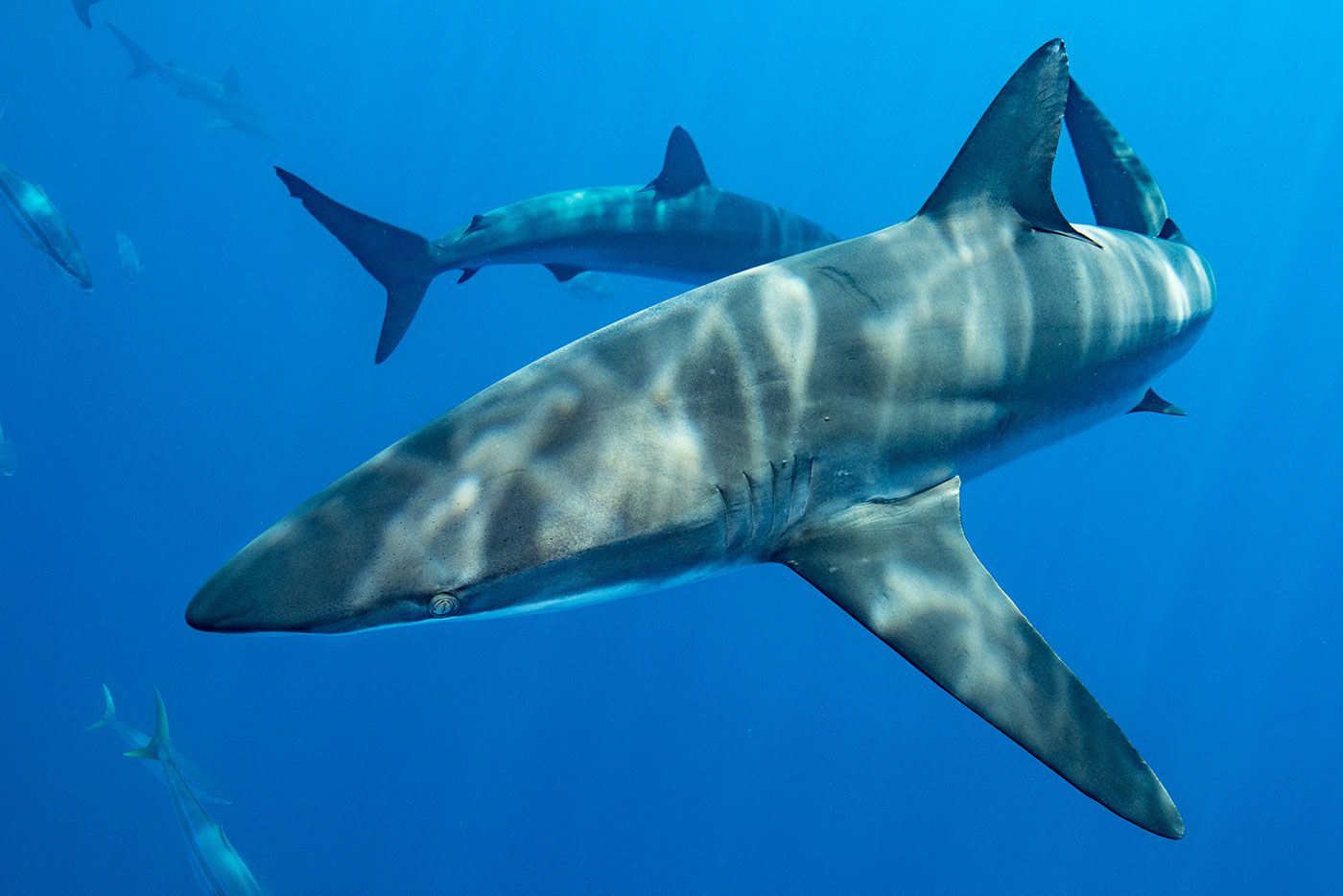 Daniel Fernando and the team from the Blue Resource Trust want to understand which sharks, rays and skates are caught in Sri Lanka’s artisanal fisheries.

(Dean) Ralph Grubbs’ research is focused on the biology and ecology of the smalltooth sawfish, and he concentrates his efforts around the island of Andros in the Bahamas.

Working with fishing communities and conservation partners along the North Coast of the Java Sea in Indonesia, Een Putra aims to raise awareness and garner support for the conservation of the Critically Endangered rhinoray found in the region.

Hollie Booth is investigating how marine tourism can contribute to conservation in the global diving treasure that is Indonesia.

Jasmin Graham and her team create content to teach the general public about elasmobranchs (sharks, skates and rays), the threats they face and current conservation efforts to protect them.

Jeremy Kiszka wants to understand when blue whales and other whales and dolphins visit Seychelles, and how many visits when they do.

Kelly Kingon is hoping to identify areas that baby hammerhead sharks prefer and possibly use as nurseries so that she can help develop management plans to protect these havens.

Nadia Rubio learns about marine life from those who spend their life around the sea. She collects local ecological knowledge (LEK) about sharks, sawfishes, manatees and sea turtles, and connects this information with spatial data to understand Mexico’s marine biodiversity.

Nigel Downing is forging ahead with what he hopes may become a 23-year-long survey of the recovery of Seychelles’ southernmost reefs. 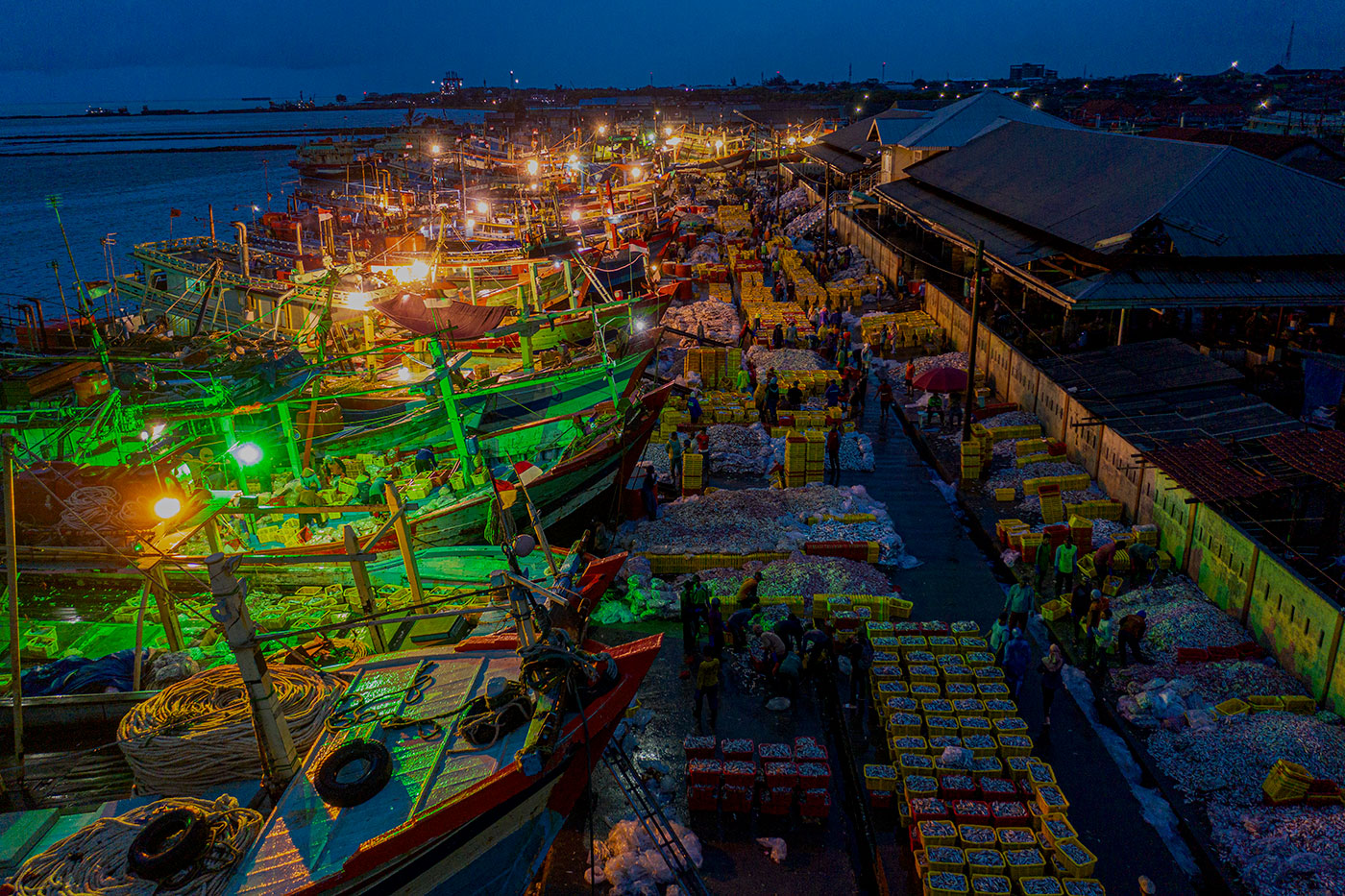 Nuno Queiroz and his team are deploying satellite tags in large female mako sharks to track where they move and what they do.

Peter Kyne credits the recent location of the rare and relatively unknown clownfish wedgefish to social media posts of wedgefish catches. But his focus now is ground-truthing where this species occurs in the wild, and which habitat it uses. For this, he’s engaging with local fishers around the Riau Islands in Indonesia.

Phil Doherty is trying to understand the artisanal fishery of the Republic of Congo.

Randall Arauz wants to help better protect migratory marine animals in the Eastern Tropical Pacific. He’s interested in hammerhead sharks that aggregate around ocean islands (which are protected) and then migrate along the seamounts (which are unprotected) between these islands.

Sally Snow is working with local researchers and communities in the Palawan province to produce a film that will advance the protection of the Philippines’ natural heritage.

Sofia Graça Aranha Ramos is driven by a passion for deep-sea sharks and aims to produce a fishing handling protocol for deep-sea fishermen in Portugal’s southern Mediterranean and Atlantic waters. 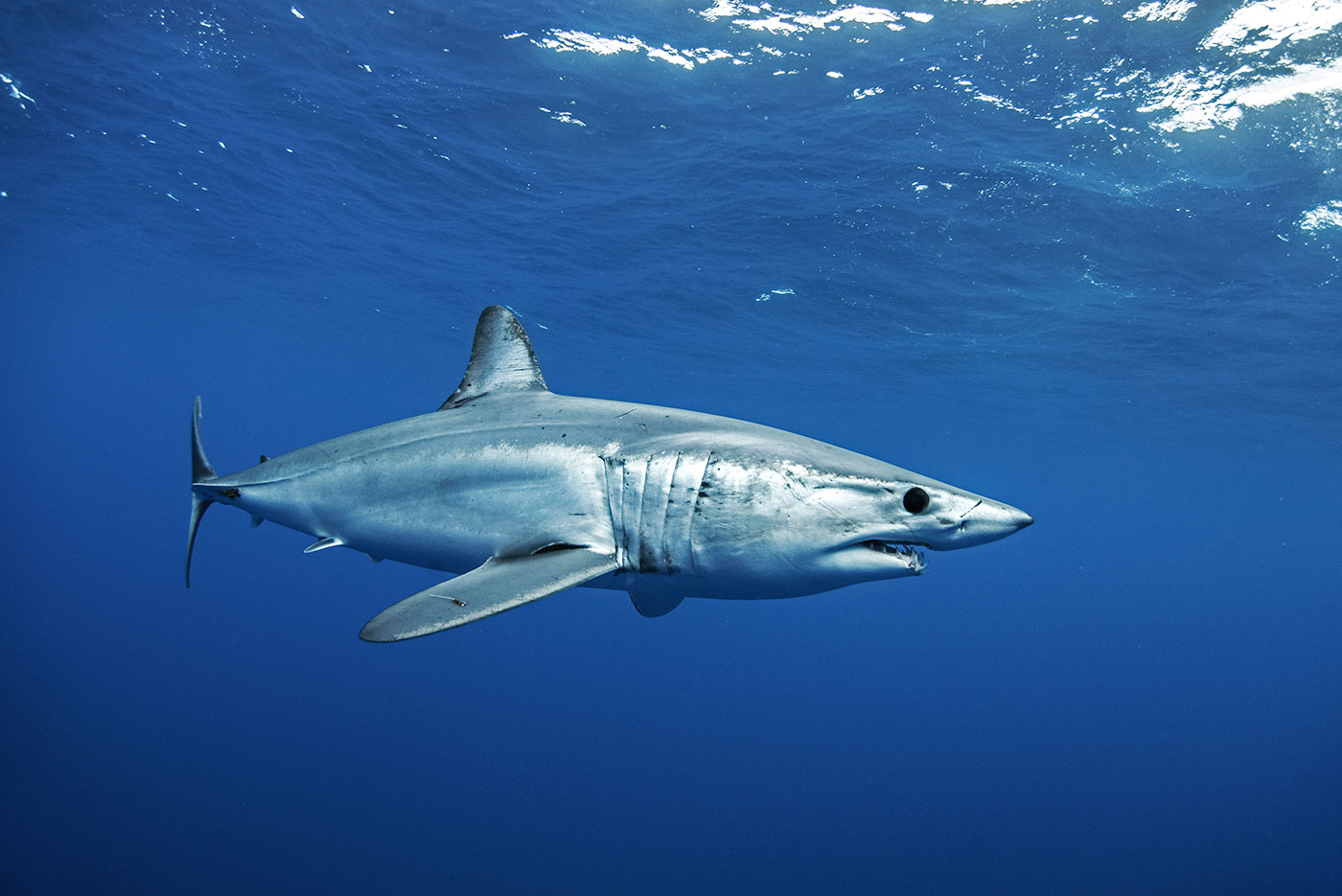