The challenges faced by our oceans and their inhabitants today are huge. To address these challenges, and to bring about sustainable and effective change, there is a need to weave together the strands of research, conservation and education.

Since its inception in 2003, the Save Our Seas Foundation has funded more nearly 400 projects in over 80 countries around the globe and has stayed close to the pulse of current scientific and conservation projects that focus on elasmobranchs. Each in its own way, the projects strive for a deeper understanding, and therefore better solutions, in the areas of marine science research, conservation and education.

The raw ideas upon which the organisation was founded are

We have been fortunate to be able to work with leading scientists, innovative conservationists and dynamic educators worldwide, along with the best photographers, artists and writers to present their achievements and reports from the field.

Ultimately, the foundation’s success rests on a small team of people who are passionate about enriching our understanding of charismatic marine megafauna, changing public perception and upholding the original vision of the founder.

The founder is a passionate scuba diver with a deep love for the oceans and sharks. He has explored reefs and underwater sea mounts in all our planet’s oceans, and dived with many elasmobranch species. His adventures in marine waters around the world over the past two decades have led him to witness the impact of humans on our oceans at first hand – the impact on large predators like sharks being the most significant. This in turn induced him to address the plight of sharks and rays, and ultimately he set up the Save Our Seas Foundation. His wish is that the foundation gain momentum – as well as respect and a good reputation – through its own work and achievements, creating a legacy for humanity and for the oceans.

This statement from the founder reflects the philosophy at the core of our endeavour.

As long as there are people who care, we can and will make a difference.

The Save Our Seas Foundation was established on 23 September 2003 as a philanthropic organisation based in Geneva, Switzerland. Its board of directors acts as a regulating and supervisory panel, and the foundation has been led by the following chief executive officers: 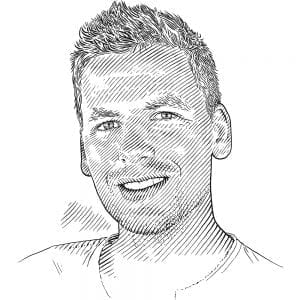 James has been part of the Save Our Seas Foundation family since he first became involved in some of its shark conservation projects in the Red Sea and Indian Ocean more than 10 years ago. With a strong commitment to ensuring that sharks and rays have a stable future in our oceans, James is now dedicated to applying his expertise to leading an international team with diverse skill sets to implement a multifaceted conservation and awareness strategy.

The oceans are our life support. I strive to channel my passion for the marine realm into helping the Founder forge a legacy of research, education, conservation and awareness that will secure the health of our oceans for generations to come. 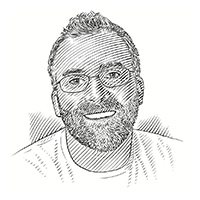 Michael joined the foundation just short of its 10th anniversary, and to celebrate this milestone he has developed the outreach of the foundation’s four centres and its grant components further, especially for early-career professionals. His background in science, conservation and education gives him a unique understanding of the importance of collaboration between specialists from these fields to achieve long-lasting change.

With the passion of the founder, my predecessors and the incredible team of people working with us, and the synergy between our team and our project leaders, we have created a hub for effective conservation work for sharks and rays that is unlike any other. 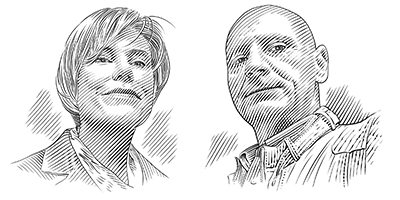 Their leadership was made possible through their respective backgrounds: Georgina’s in project management and writing, and Peter’s in underwater photography. Their task was to make the foundation a more streamlined organisation, which led to some important changes in its structure and operational strategies. Peter and Georgina are the founding directors of the Dutch Shark Society and continue their work in shark conservation.

Our heritage, our future and our children’s future is linked to the oceans. We have to act now. 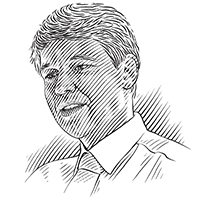 Laurent has been involved with the foundation since 2003, and still is today. As a lawyer, he has a unique perspective on the legal elements pertaining to the organisation, and his legal advice has ensured effective management of the foundation throughout its history. Laurent led the foundation through a transition phase in 2010 and continues to act as a very important communication and advisory channel to the board of directors, collaborating very closely with the current CEO. 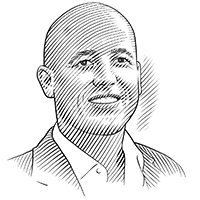 Chris worked with the founder for many years before the Save Our Seas Foundation was born in 2003 and has witnessed many of the changes in our oceans over the past two decades. He studied oceanography at Southampton University and obtained his PhD in marine biology and biological oceanography at the University of London. In only a few years, Chris managed to establish a strong and reputable name for the Save Our Seas Foundation through the vision of the founder. Since 2010, he has been the operational manager for Danah Divers and continues his life underwater among sharks.

I would like to thank the founder, whose vision and passion for the marine environment inspired me to help him create a legacy for future generations.