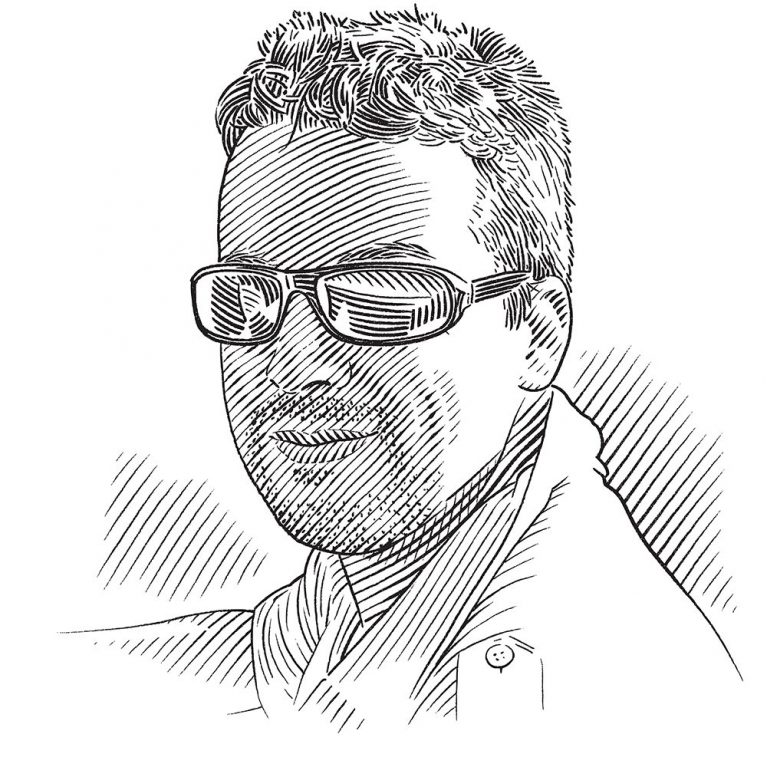 My passion for marine life began at a very early age and during my childhood I spent much of my time snorkelling or swimming in the waters off Western Australia. I began working at an aquarium as a diver/aquarist during my undergraduate years, which further propelled me towards a life working with sharks and rays. This led into my postgraduate studies on sharks and rays. While working towards my Honours and PhD, I began studying the ecology of sharks and rays in Shark Bay, a World Heritage Area. I then began doing research in fish markets in Indonesia where, at...

Enumeration: a powerful tool for fisheries assessment in developing regions
Nobody had seriously assessed shark and ray diversity in Papua New Guinea since the 1970s. Even back then, field trips were often centred around major towns and ports or were short in duration. However, this was for good reason. Fieldwork in PNG is logistically as… 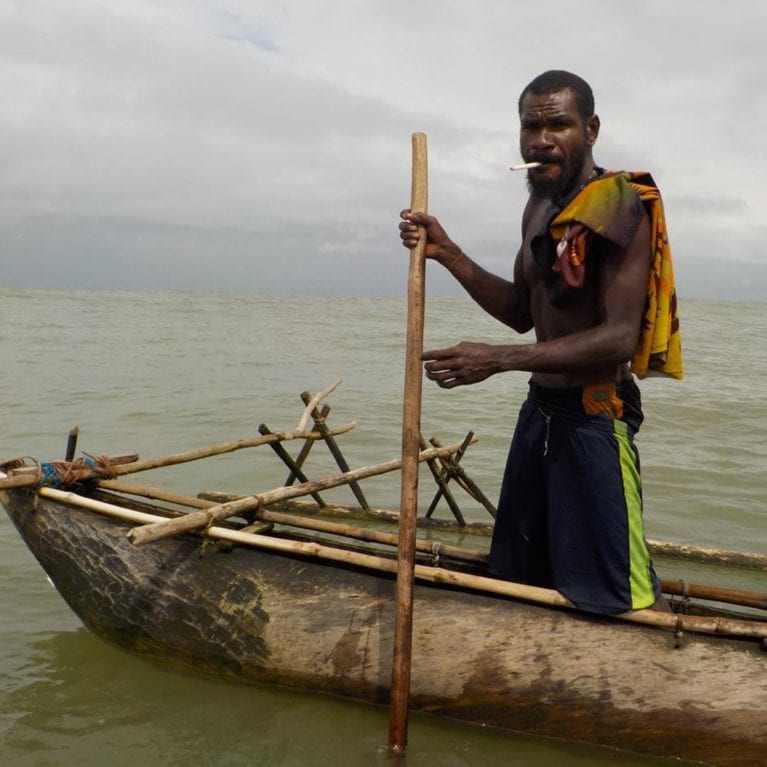 Religion, a saving grace for Turama River sawfish and river sharks
Papua New Guinea (PNG) is a country of rich indigenous traditions and cultural values. Before western settlers arrived at its shores, many regions held intimate spiritual connections with the cycles and aesthetics of the natural world around them. From the crocodile clans of the Sepik… 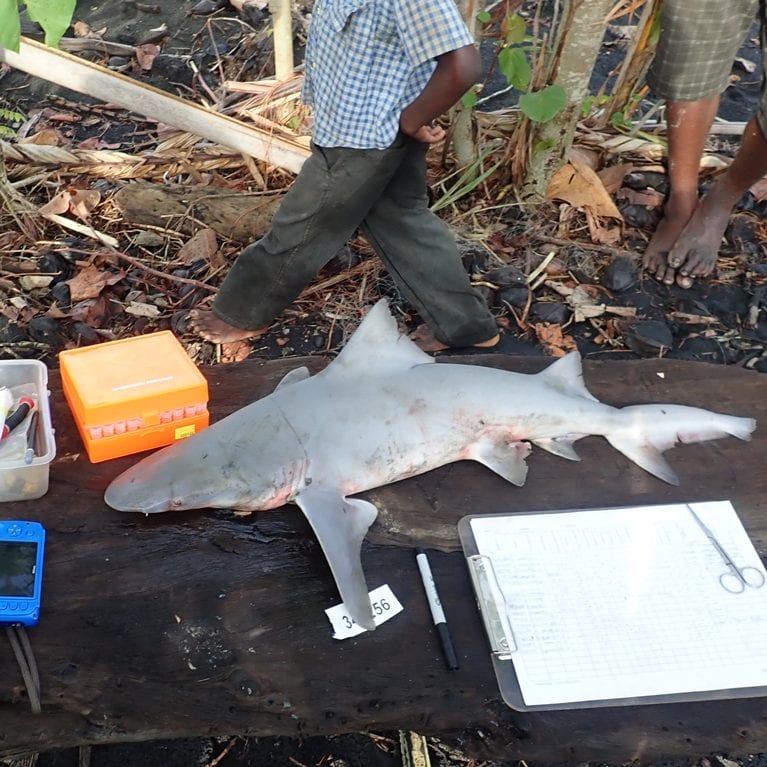 Sawfish, River Sharks and Freshwater Whiprays
We arrived in Goare, a small village situated on the western coastline of the Kikori River Delta, after a mammoth month of travelling the Turama and Bamu Rivers. I was on a joint research trip with Mathew Young from the University of Canberra, Australia, and… 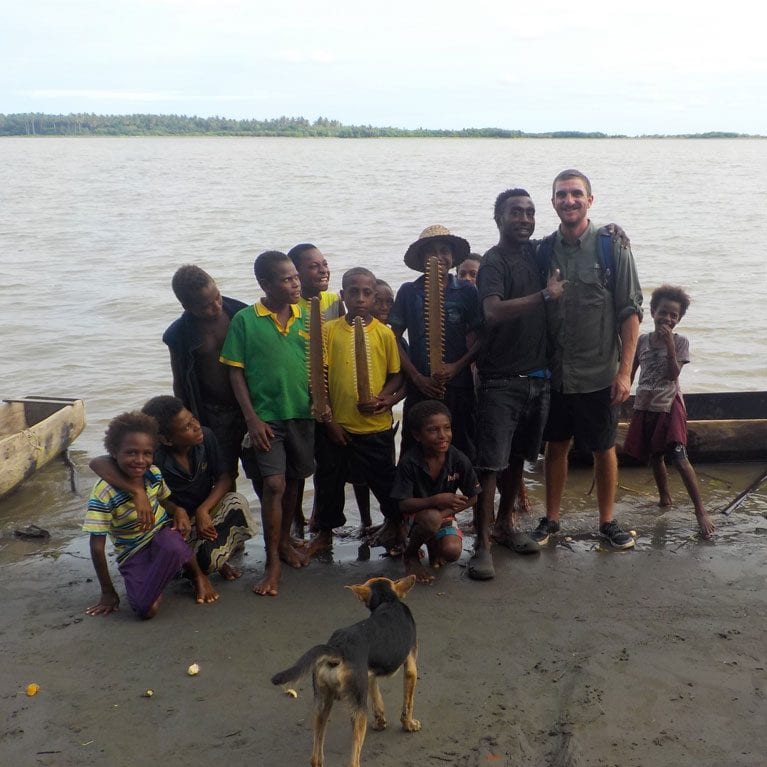 A pilot survey in the Gulf of Papua
Following recent records of all four Indo-Pacific sawfish species caught by prawn trawlers in the Gulf of Papua, I travelled to Kerema Town in the Gulf Province to survey coastal communities. This would be one of the first shark and ray orientated research trips to… 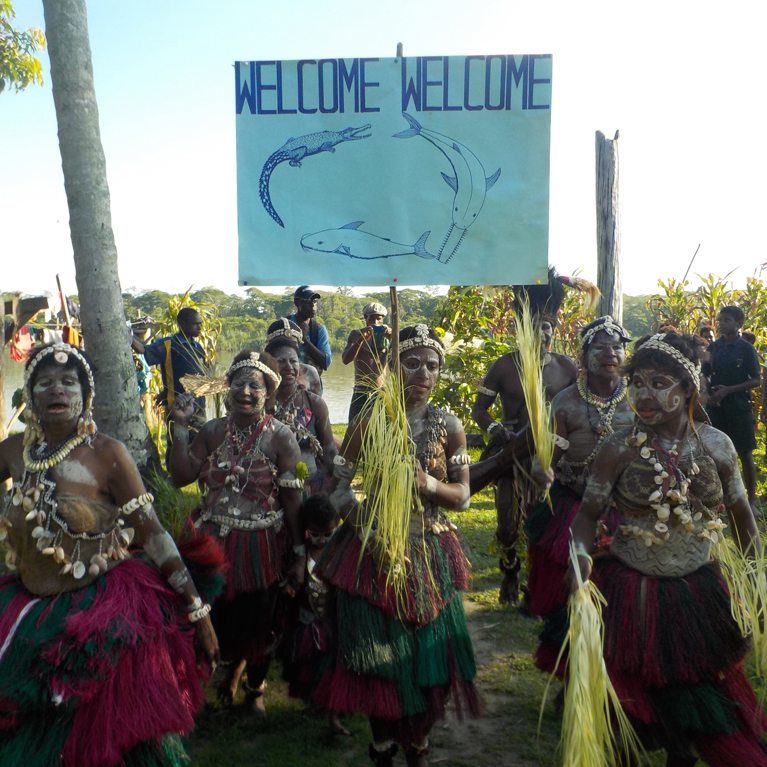 First accounts of sawfish in PNG
Papua New Guinea is still considered to be a wild frontier of impenetrable rainforests and unexplored waterways and valleys. Imagine what it would have been like for some of the earliest explorers, navigating the amazing coastlines and massive waterways which dominate this beautiful country. While… 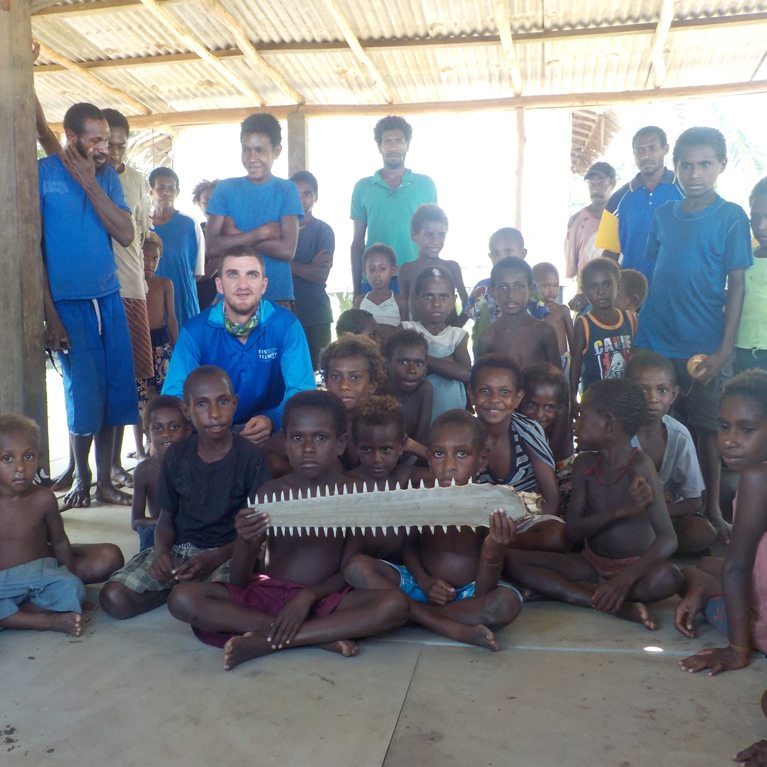 A day of fieldwork in Papua New Guinea
We arrived at Katatai Village mid-morning to pick up our local contact, Jogara Page who is chairman of this village. Today’s adventure would take us to Sui Village, a small community situated on the southern side of the Fly River mouth. Sui is about 2… 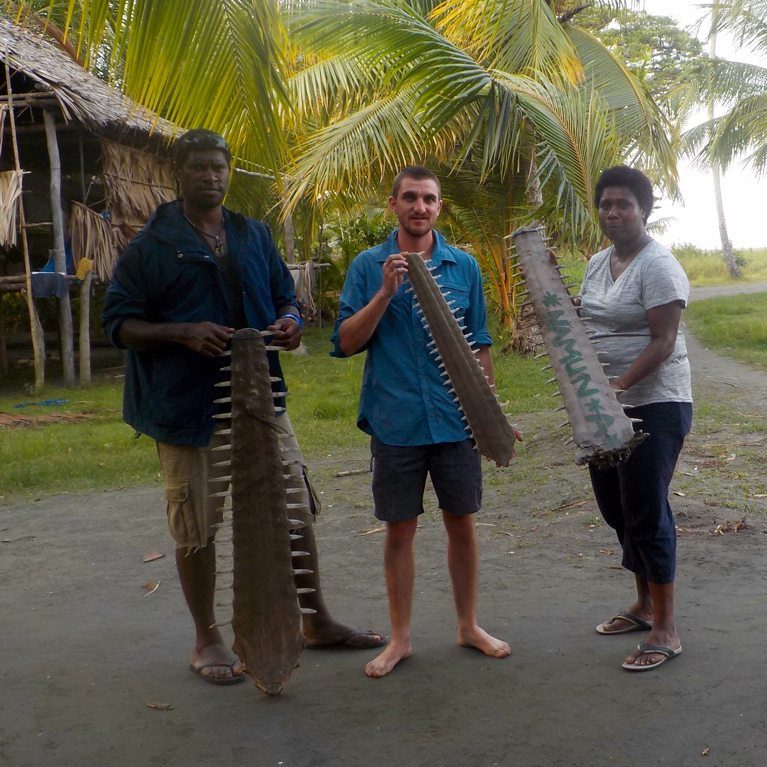 One net, Four sawfish!
It was 4:30am when my alarm pierced through my apartment in Townsville, North Queensland, Australia. After weeks of meticulous planning, risk assessments, back-and-forth emails with field trip approval officers, today was the day I was finally travelling to the East Sepik Province of Papua New…
Project details

Investigation of the status of sawfishes (Pristidae) in Papua New Guinea

The main of this project is to assess the present status of sawfish in Papua New Guinea and the level to which fisheries interact with them.

The status of sawfish in Papua New Guinea has never been documented and remains an unknown factor in global sawfish assessments. During an ongoing project on the shark and ray fisheries of PNG, researchers found that sawfish were caught and retained in both commercial and artisanal fisheries in the Gulf of Papua region. In one particular observation, more than 30 dried fins from Narrow sawfish were observed at a shark-fin purchaser indicating that catches of sawfish in some areas of PNG are significant. At one location, all four species known to occur in the Indo-Pacific were observed during a one week survey. The preliminary information gained from this project provides a strong foundation for a more focused research project on sawfish in PNG.

There is very little information available on any shark and ray species in PNG and the National Fisheries Authority in Port Moresby recognised this and approached the Australian Centre for International Agricultural Research (ACIAR) to develop a project to assess the sustainability of PNG’s shark and ray resources. I was approached to lead the development of this project following on from 3 previously funded projects I was involved with in Indonesia on their expansive shark and ray fisheries.

This project aimed to produce a baseline level of information on PNG’s shark and ray resources, including a biodiversity assessment of the chondrichthyan fauna of the country. One of the first field surveys of this project was to the Western Province, close to the mouth of the Fly River. During this one-week survey trip, all four species of sawfish known to occur in PNG were observed. This was our first indication that sawfish were potentially abundant in these areas and given that many areas with even more suitable habitat for sawfish have far less fishing activity, it became quickly apparent that PNG is possibly a stronghold for sawfish in the region.

Examining the various unpublished reports in the NFA library in Port Moresby revealed that in many areas where surveys had been conducted over previous decades, sawfish were often commonly observed. During the larger scale project in PNG, a number of sawfish records were obtained from local fishers and from observers deployed on the prawn trawl vessels in the Gulf of Papua. However, the focus of the current project in PNG (due to finish in 2017) is primarily on marine fisheries and in more heavily populated areas. The areas where sawfish are most likely to occur were not visited.

A number of threats exist for sawfish in the areas where they are likely to be most abundant, e.g. hydroelectric scheme proposal for the Purari system (at Wabo), oil pipeline from Gulf to Port Moresby, extensive mining activities in the highlands which dramatically increase sedimentation in the main rivers, and introduced species (particularly Salvinia which has covered many waterways and decreased oxygenation of the waters). Thus, although fishing pressure is far less than in other areas, other pressures exist. Until there is solid data on sawfish populations in PNG, it is not possible to assess what measures may be needed to conserve these threatened animals.

Many of the small communities that are scattered through the prime sawfish habitat areas would know very little about these animals. Some villagers state that their gillnets are sometimes torn apart from an unknown animal which could well be a large sawfish. Thus, it is important to provide some educational tools to inform people what occurs in their waters and more importantly that they are threatened in many areas and that ‘their’ waters are still in comparatively good condition.

In order to conserve sawfish in PNG into the future, information about their status is needed to inform the government and other agencies. If populations of sawfish in PNG are in relatively good condition, they may be a useful ‘good news’ story for PNG and if they were to be considered as PNGs Marine Biodiversity Icon Species, efforts to conserve them will surely be drastically improved.