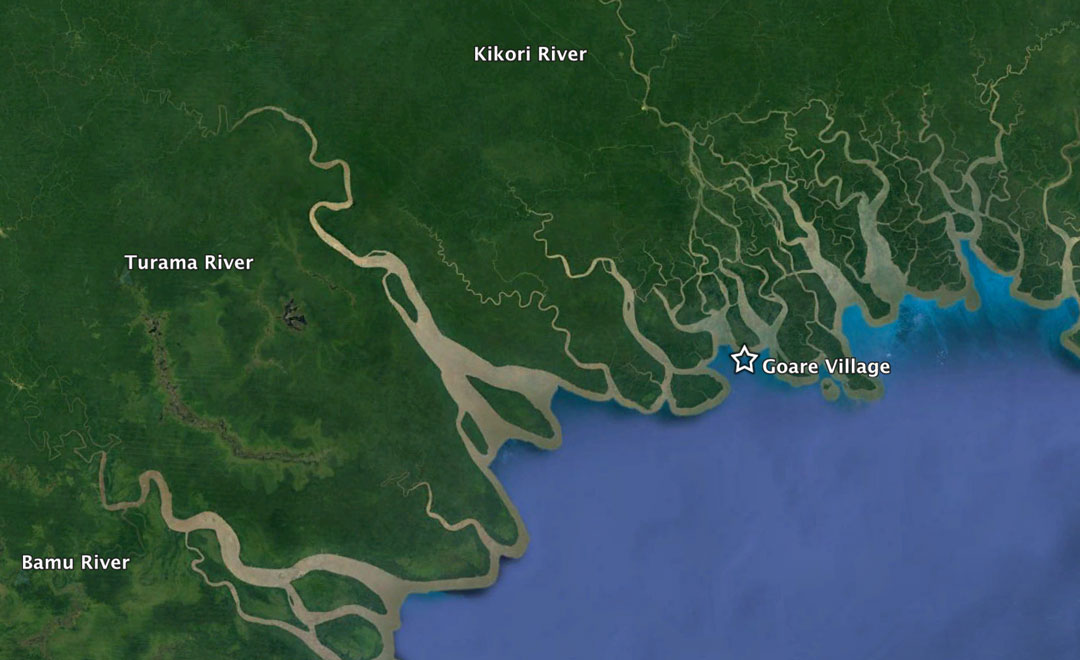 Goare Village is located on the western coast of the Kikori River Delta.

We arrived in Goare, a small village situated on the western coastline of the Kikori River Delta, after a mammoth month of travelling the Turama and Bamu Rivers. I was on a joint research trip with Mathew Young from the University of Canberra, Australia, and Yolarnie Amepou, also a student of the University of Canberra. Yolarnie, who coordinates research for the PIKU Biodiversity Network, had lead the team on our journey. Both Matt and Yolarnie were interested in observing the Pig Nose Turtle lay their eggs in the sand banks at the head waters of these river systems, while I conducted social surveys on sawfish, keeping an eye out for any sharks and rays caught by locals along the way. We were at our last stop in what had been an exceptionally successful trip, though as we arrived tired and bleary eyed at Goare, little did I know that the best was yet to come. 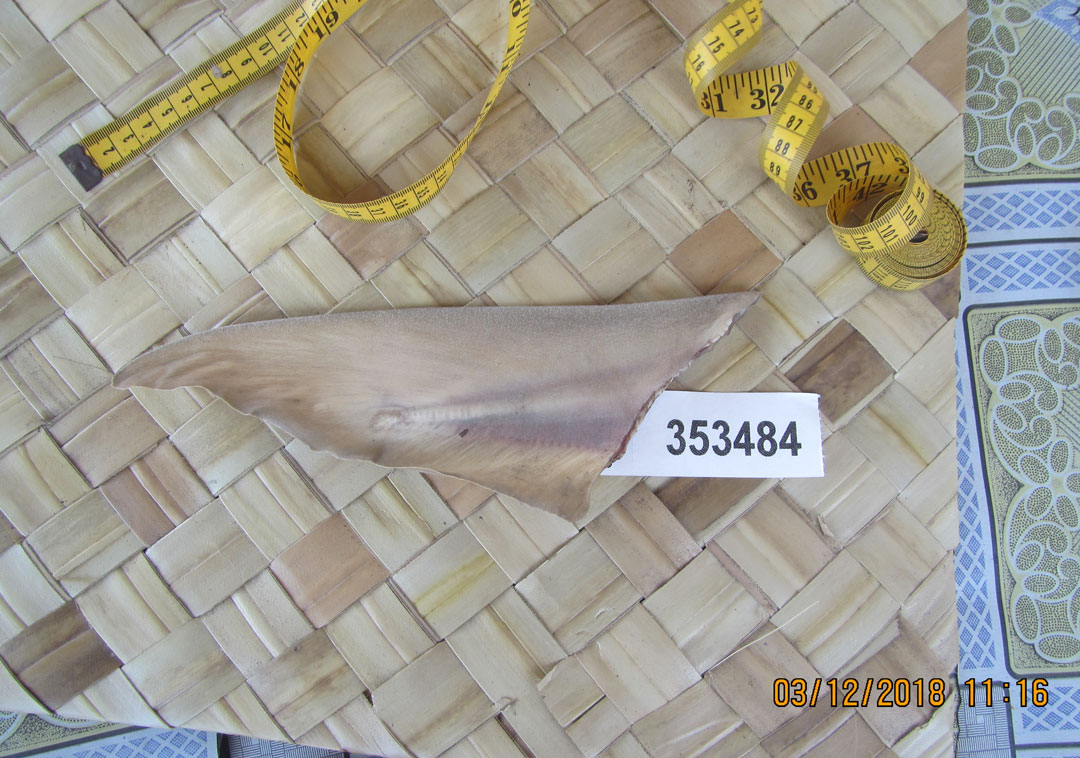 The upper caudal fin of a sawfish that had been caught two weeks prior to our arrival at Goare Village. Photo © Michael Grant | James Cook University

Upon settling into our home for the next four days, Councillor Buara produced some fins from his recent catch. Among then were two mismatched sets of sawfish fins and a few distinctively broad triangular fins eluding to River Sharks (Glyphis sp.).

Rejuvenated by this, I spent the afternoon with the local fishermen as they set their gill nets while Yolarnie trudged out into the mangrove swamps, determined to full fill her craving for mud crab after a month of dinners mostly comprising rice, noodles and tinned fish. 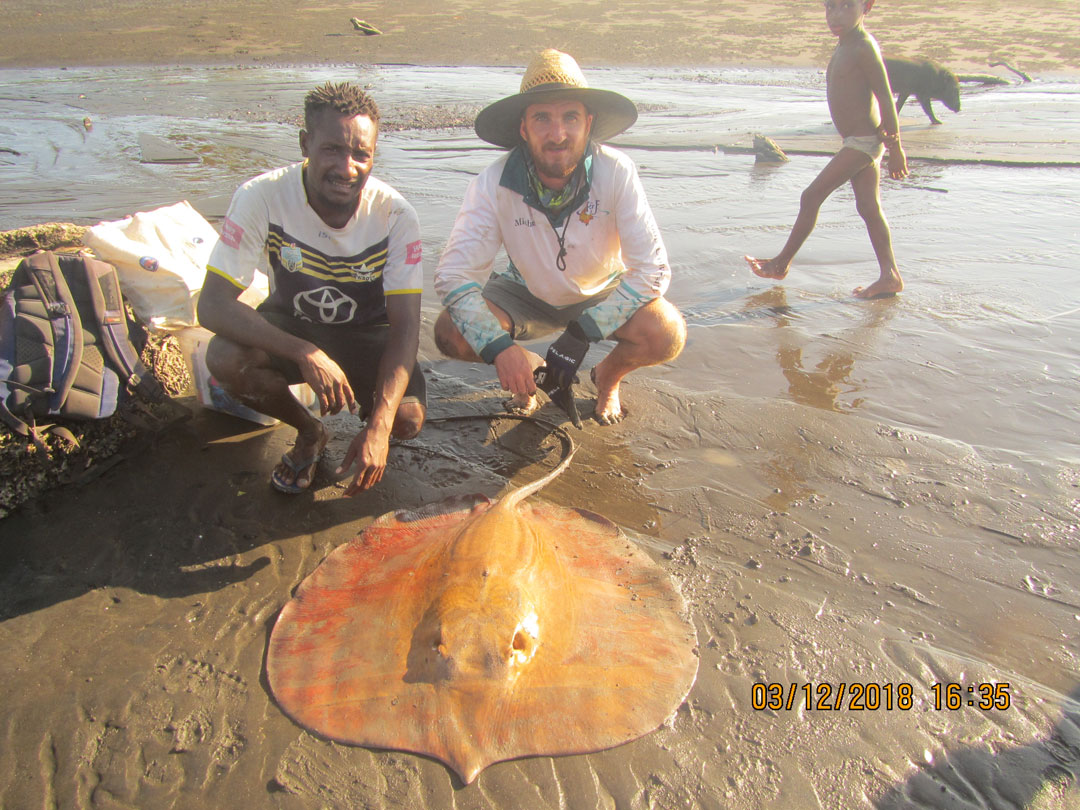 Michael Grant and Obyeri with the Freshwater Whipray we caught. Photo © Mathew Young | University of Canberra

With the nets set, Obi and Max, two Goare locals who had assisted us on our trip, suggested that we go and fish in one of the mangrove channels. For much of the previous month they had listened to me drone on about the occurrence of Freshwater Whiprays (Urogymnus dalyensis) as their distribution into PNG required validation. As I prepped baits of freshly caught threadfin salmon, they assured me ‘plenty big stingray were here’. In only 15 minutes of soaking our baits their word was proved true. My 50lb braid, drag set as tight as the reel would allow on a 24kg rod were no match for the first two hook-ups. Though our perseverance paid off as Obi and I took turns reeling in the first confirmed account of a Freshwater Whipray in PNG waters. 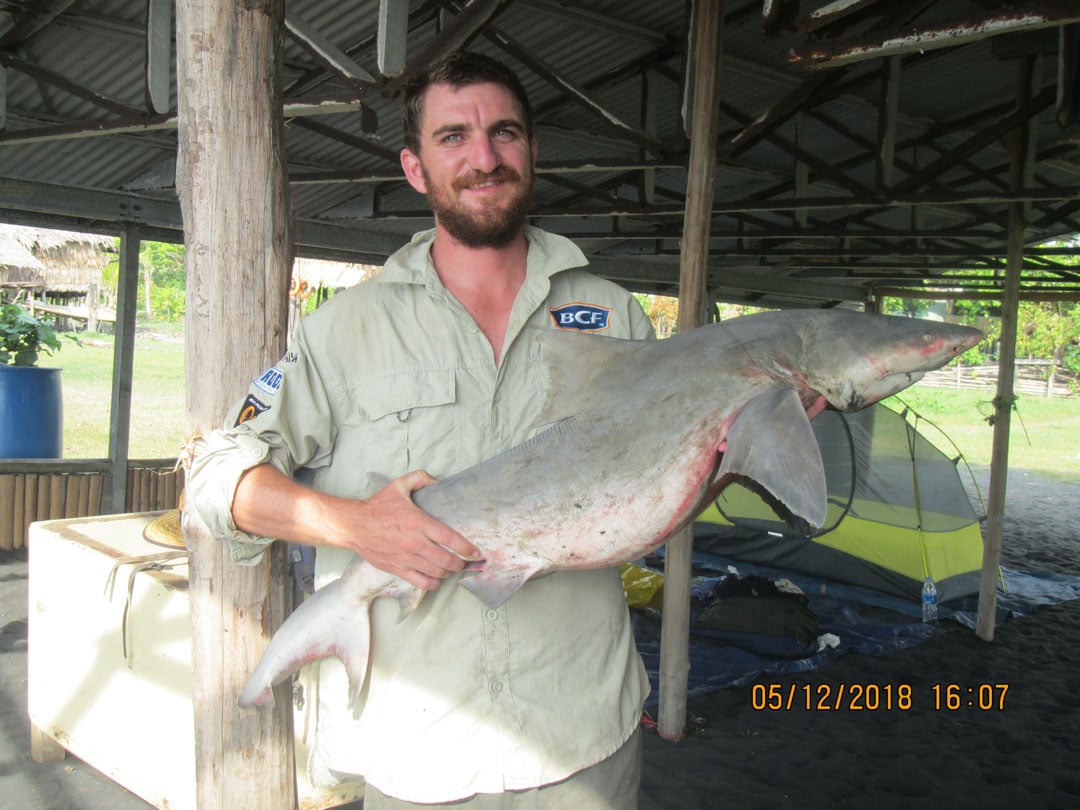 The next morning, just as I had sent word of the previous day’s discovery to my supervisor and taxonomist William White, things got even better. Walking across the beach toward me was Obi with a large shark on his shoulder. It was Speartooth Shark (Glyphis glyphis), the first verified account in the region in 50+ years! 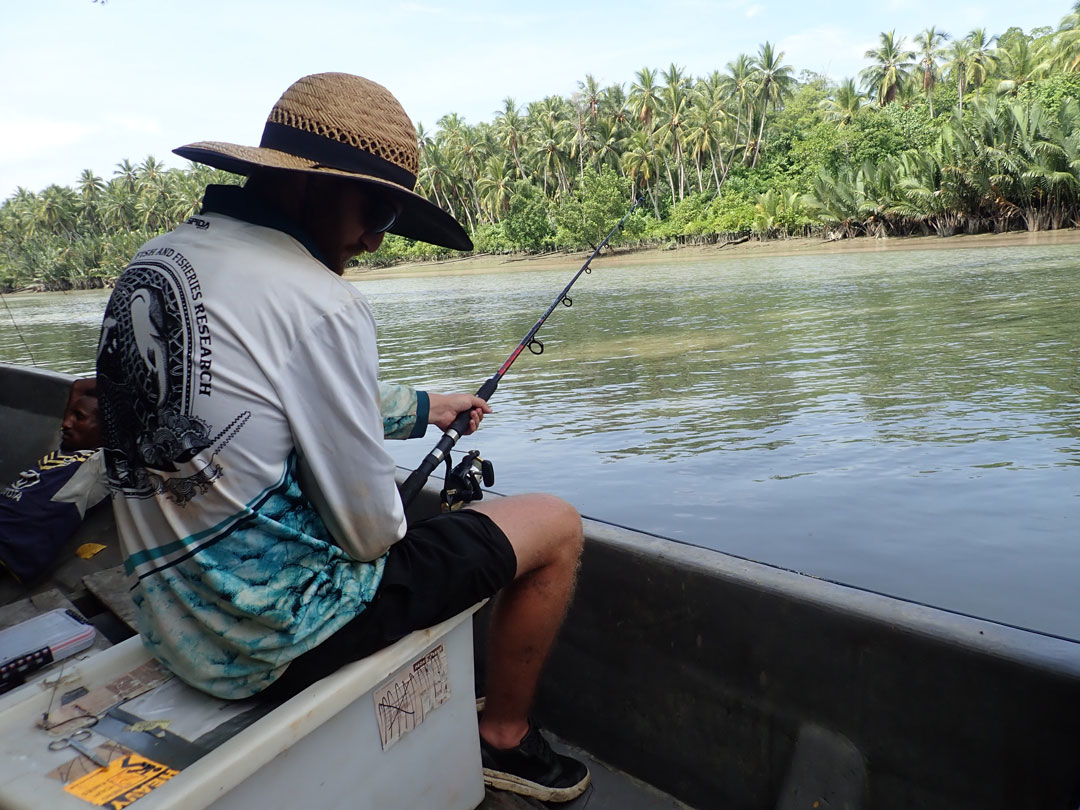 That afternoon we headed back to the mangroves to fish. We stopped by a small bush camp close to where we had caught the Freshwater Whipray. Out of know where a young girl called out to us. She was holding a sawfish rostrum from a Dwarf Sawfish (Pristis clavata) that had been caught two weeks prior. A particularly interesting find as this species is rarely observed outside of a few select rivers in Northern Australia and was once considered possibly extinct in PNG. That evening back at Goare, a quick walk around the village resulted in two more rostra, another Dwarf Sawfish and one from a Largetooth Sawfish (Pristis pristis).

The last surprise of Goare came on the final day of our stay. One of the fishers had caught two sharks overnight at the beach straight out in front of the village. The first was a Winghead Shark (Eusphyra blochii), very common in the inshore areas of Papua New Guinea. The second shark was not so common. It was a Northern River Shark (Glyphis garricki) and like its congener the Speartooth Shark we had witnessed only days earlier, it was the first verified account in 50+ years in the region! It was a great way to end what had been a very long and arduous trip. Furthermore, it had me already looking forward to October when I would return to the Kikori River to continue our investigation into the presence of sawfishes in Papua New Guinea. 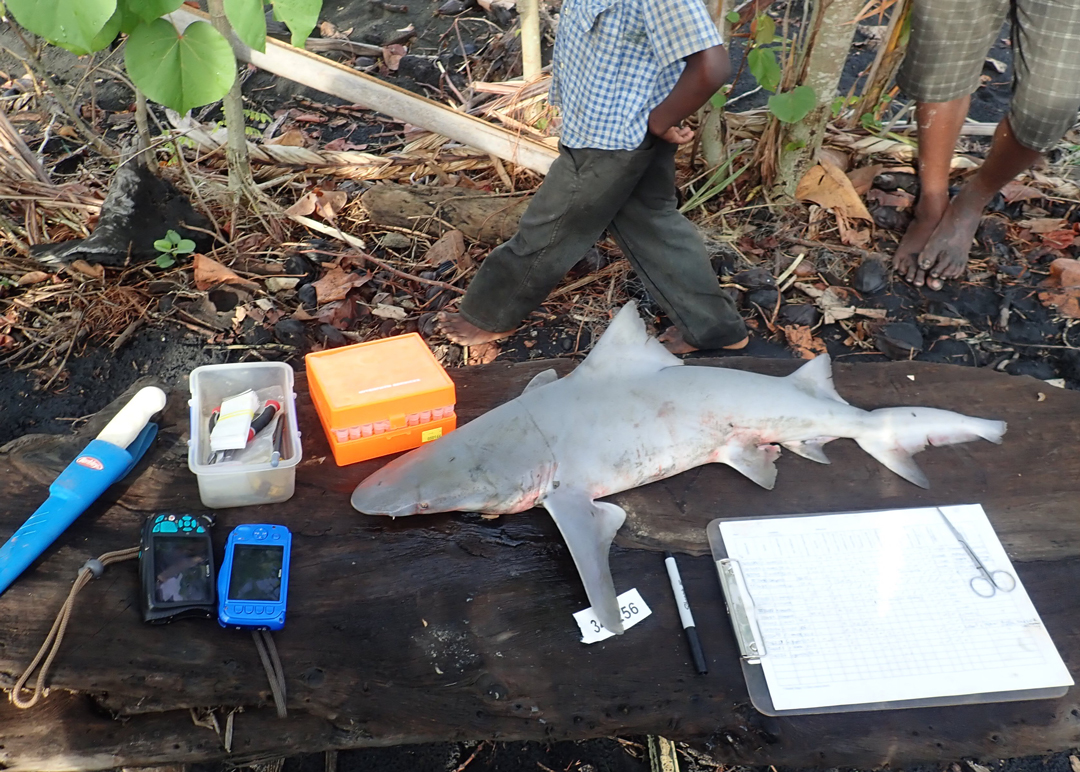