First accounts of sawfish in PNG

Photo © www.islasdelpacifico.wordpress.com
By Will White & Michael Grant, 9th May 2018

Taken at a fishing camp at Ramu River, this map illustrates flora and fauna of the Blackwater lakes situated between the Sepik and Ramu River mouths. The East Sepik Province is one of PNG’s most culturally rich areas and sawfish are still found throughout. Photo © Michael Grant | James Cook University

Papua New Guinea is still considered to be a wild frontier of impenetrable rainforests and unexplored waterways and valleys. Imagine what it would have been like for some of the earliest explorers, navigating the amazing coastlines and massive waterways which dominate this beautiful country.
While researching records of sawfish in PNG to provide a baseline for future research, I became immersed in the history of exploration and discovery of this country. The first documentation of sharks and rays in PNG was during the extremely ambitious Voyage Autour du Monde or Trip Around the World, on board the French vessel La Coquille (later renamed L’Astrolabe) between 1822 and 1825. No sawfish were recorded during the brief stop at New Ireland in PNG, but it paved the way for future exploration. 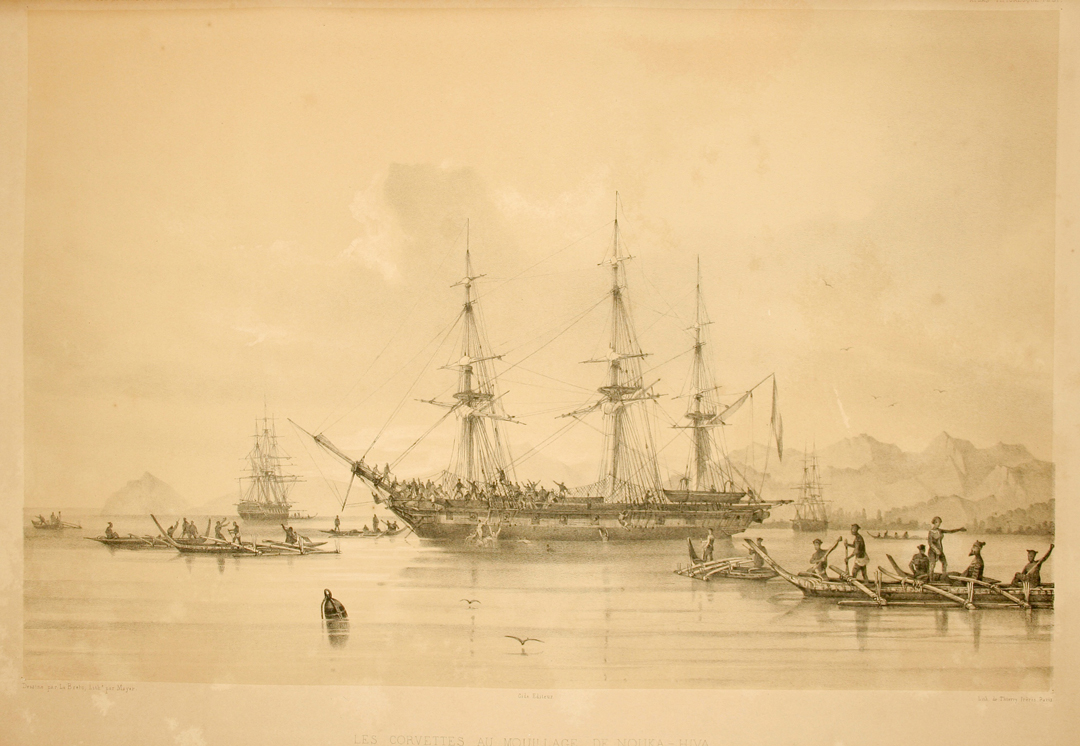 The French vessel La Coquille which set off to collect and explore around the world between 1822 and 1825, including a brief stop in PNG . Image © Louis Le Breton, 1846, public domain

The oldest known records of sawfish in PNG come from the Ramu and Sepik Rivers and are based on specimens in the Museum für Naturkunde in Berlin. During my visit to this important biological collection in Berlin, I was humbled to examine parts from a juvenile largetooth sawfish collected in the late 1800s. This particular specimen was collected by the botanist Carl Adolf Georg Lauterbach (1864–1937) during one of two surveys he made to the Ramu River in 1896 and 1899. 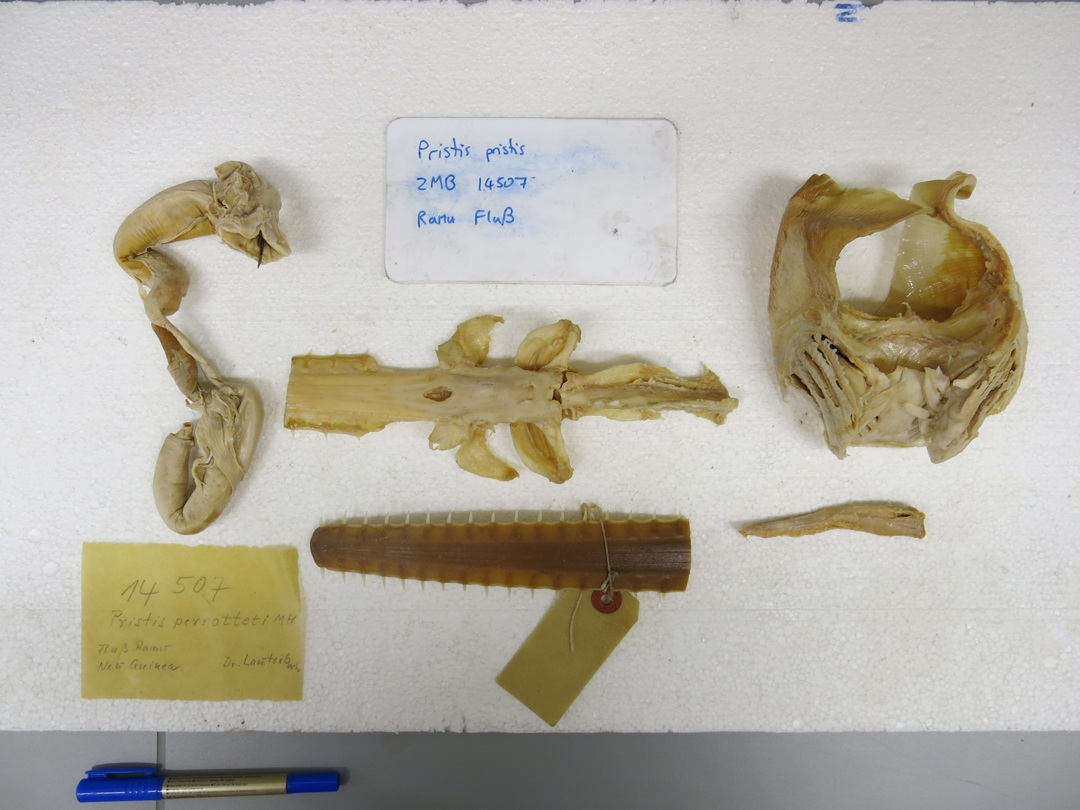 Another dried rostrum from a largetooth sawfish examined was collected by the Austrian anthropologist Richard Thurnwald (1869–1954) in November 1909, possibly from the Sepik River. A third specimen, a whole juvenile largetooth sawfish, was collected by the German zoologist Theodore Josef Bürgers (1881–1954) who participated in the German Sepik Expedition (Kaiserin-August-Fluss Expedition) in 1912–1913. 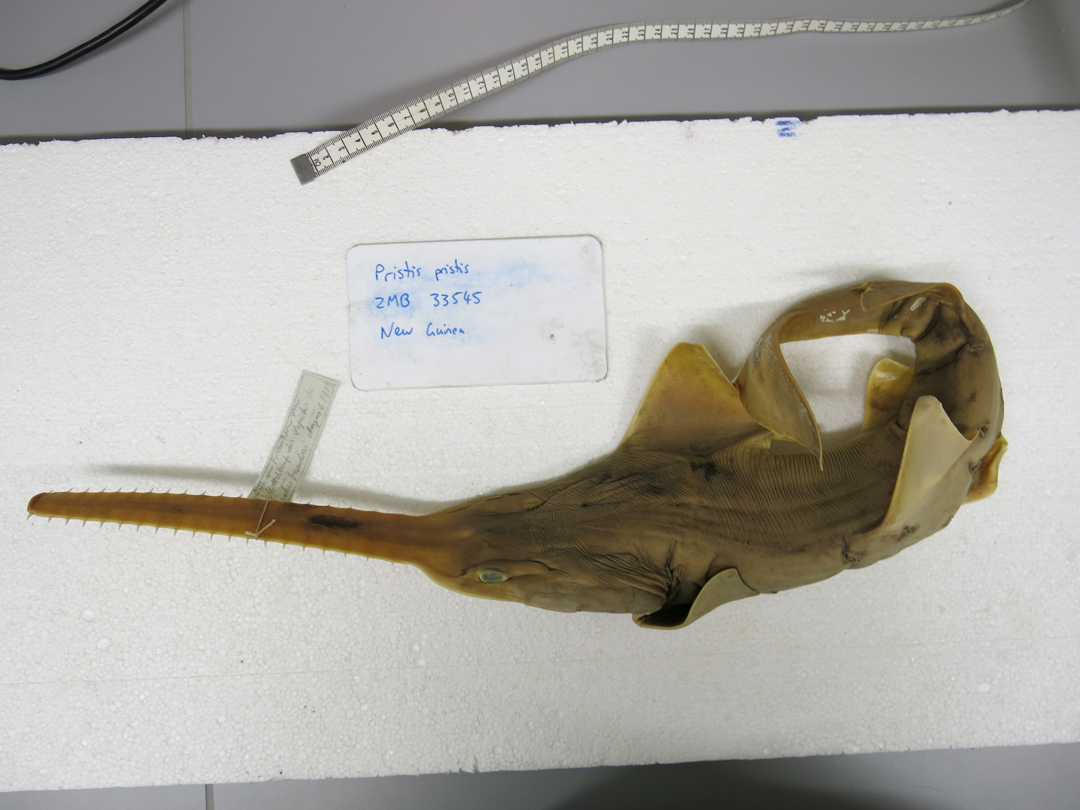 Juvenile largetooth sawfish collected from the Sepik River in 1912 or 1913. Photo © Will White

An American expedition set out to duplicate, although on a smaller scale, the German Sepik Expedition in 1929. An American ichthyologist Albert William Herre (1868–1962) collected two largetooth sawfish rostra from the village of Korogu, some 215 miles from the sea. He also collected a green sawfish rostrum, possibly from the Sepik River mouth. 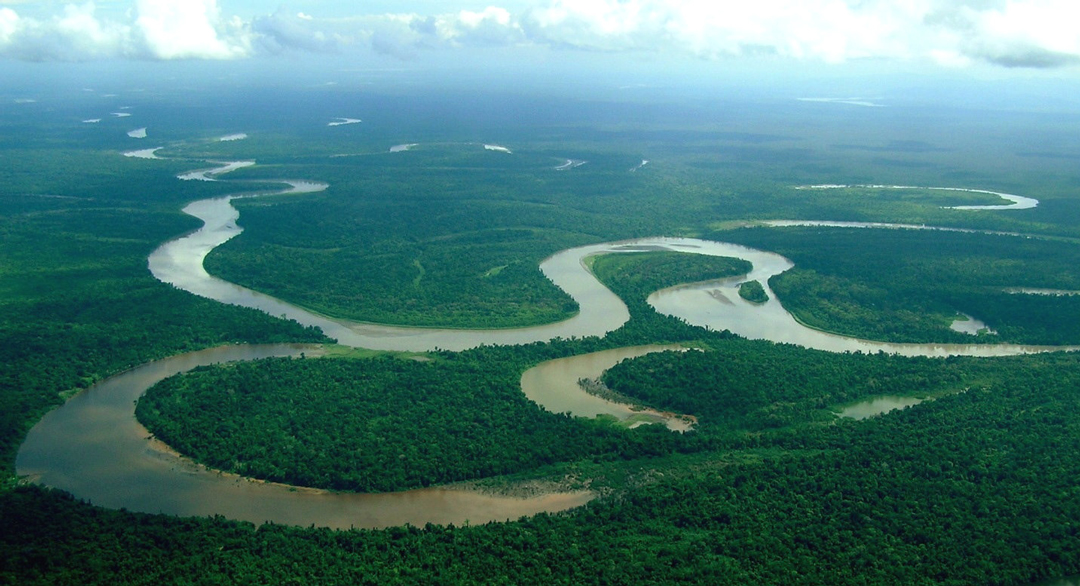 Meandering for 1200 kilometres through thick unchartered rainforest, the Sepik River is one of the most truly pristine tropical rivers on earth. Photo © islasdelpacifico.wordpress.com

One could only imagine what exploration of this amazing place would have been more than 100 years ago. Prior to anthropogenic threats such as introduced fish, excessive logging, and mining which have altered the waterways and changed the ecosystems forever. 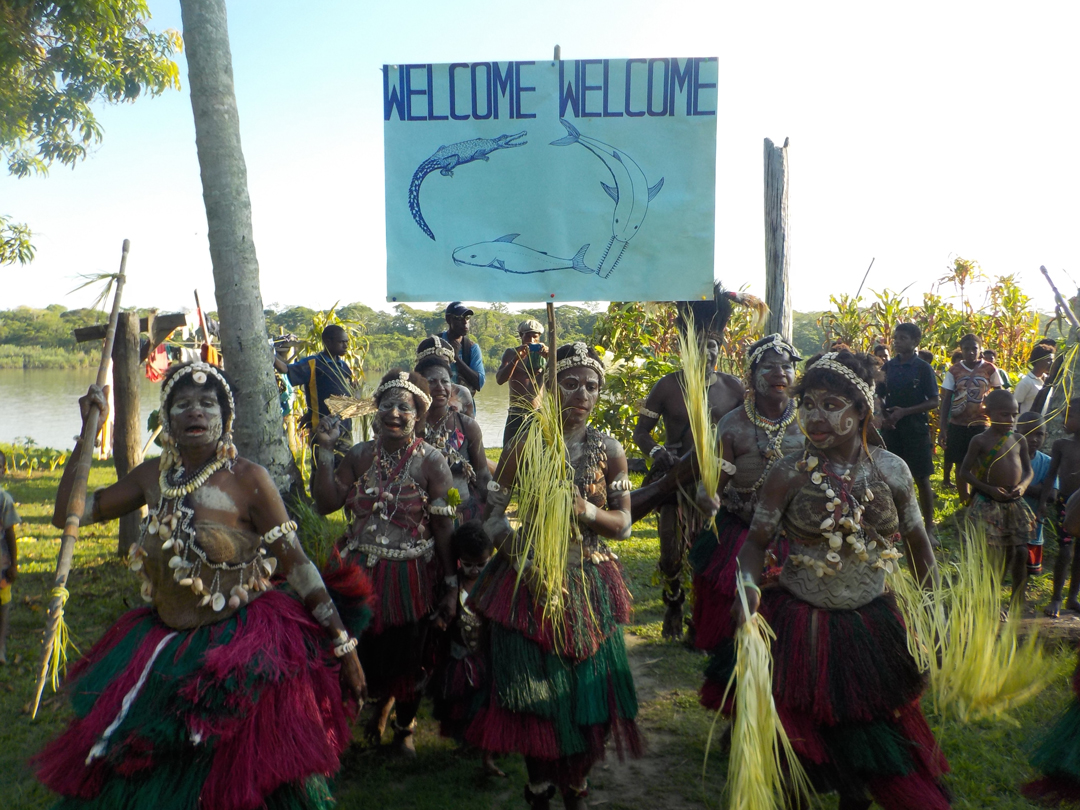