It was 4:30am when my alarm pierced through my apartment in Townsville, North Queensland, Australia. After weeks of meticulous planning, risk assessments, back-and-forth emails with field trip approval officers, today was the day I was finally travelling to the East Sepik Province of Papua New Guinea. The task at hand; to investigate the presence of sawfishes in the uncharted wilderness of the Sepik River. 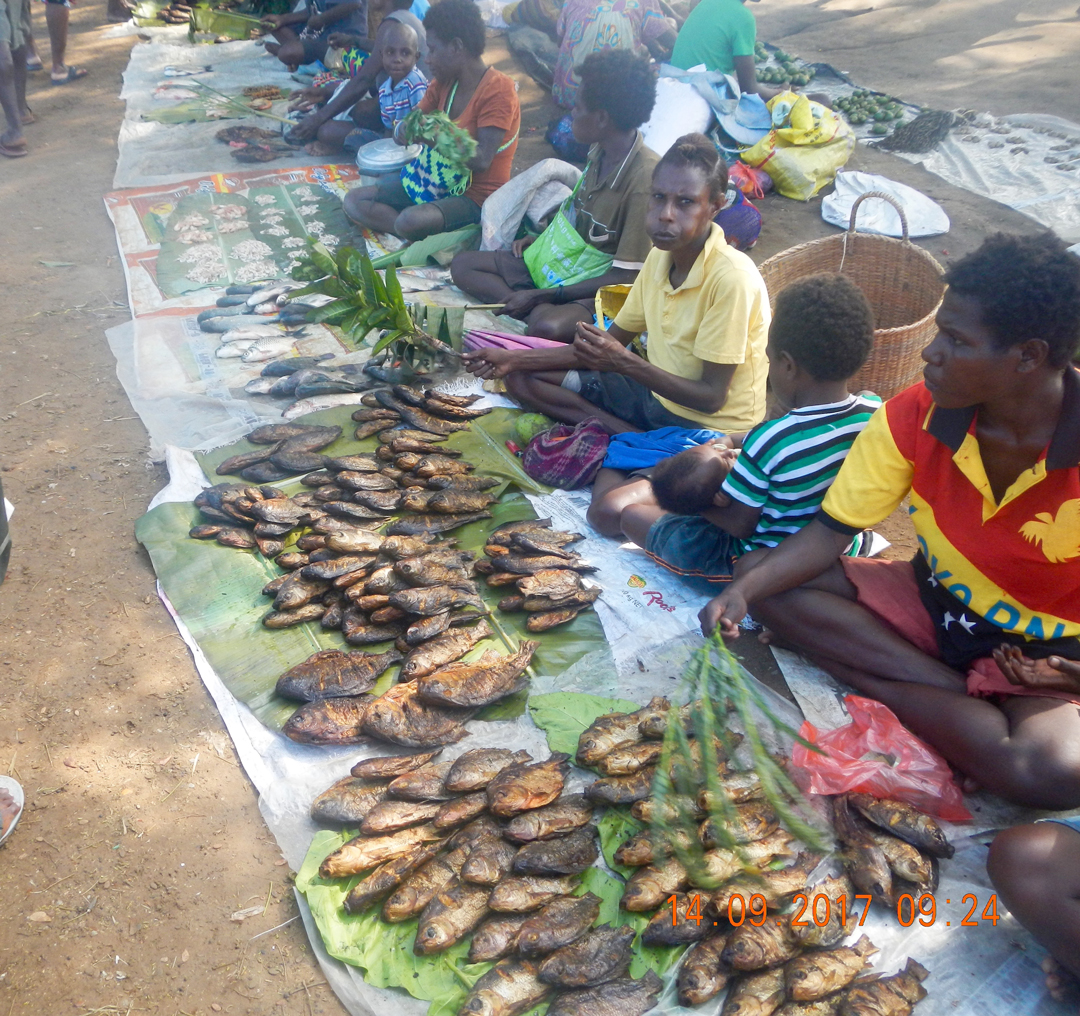 After a few days of preparations in Wewak, capital of the East Sepik Province, we made our journey through the rainforest to Angoram, the first stop on our survey of the lower Sepik River. Population density is very low on the Sepik, with many villages maintaining a very traditional way of life. Angoram serves as a trade hub for products caught and harvested along the lower and middle Sepik River. Villagers travel large distances to Angoram to sell and trade items including sago, betel nut, mustard, fish (e.g. tilapia), crocodile, fresh fruit and veggies. 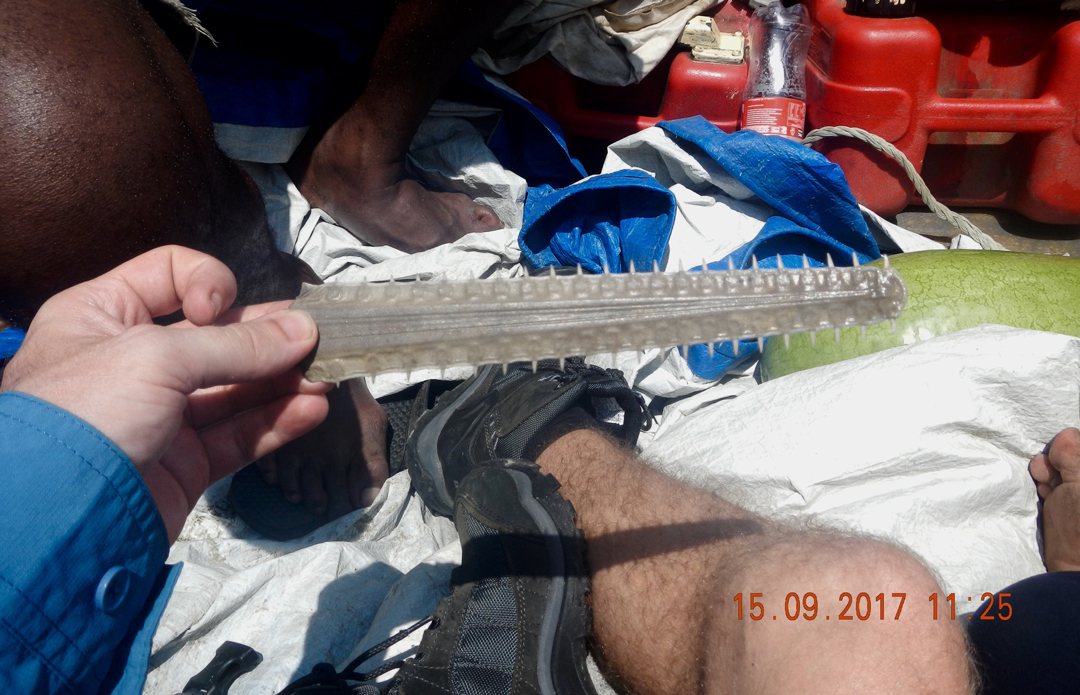 The rostrum of a juvenile largetooth sawfish caught recently in a tilapia net near Angoram. Sawfish are not targeted explicitly, but are retained for sale or consumption when caught incidently. Photo © Michael Grant | James Cook University

Our next destination was Kopar Village, approximately 100 km’s downstream at the river mouth. I was handed a small rostrum from our boats skipper, which had been caught at Angoram a few weeks before our arrival. The shape and teeth structure indicated the Critically Endangered largetooth sawfish. I was hopeful that it would be a sign of things to come.

Kopar Village is a small community of approximately 400 people who live in isolation at the Sepik River mouth. They target jewfish for their swim bladder (fish maw) but a large portion of their catch comprises various species of shark.

Nigel Mapmani (Left), myself and Leontine Baje (right) holding three largetooth sawfish rostra at Kopar Village at the Sepik River mouth. The rostra are used to decorate buildings though do not have any intrinsic cultural significance. Photo © Paul Aipa

After a light traditional meal of fresh tilapia smoked in banana leaf, we were altered to three large rostra decorating one of the village houses. They were identified as largetooth sawfish, the largest measuring 104 cm. The next day, two more largetooth rostra were observed decorating another house. The question on my mind was whether other sawfish species known to occur in the Gulf of Papua were also present here.

Early the next morning my question was answered. A net that was set the afternoon of our arrival was retrieved and in it, a small narrow sawfish. That evening another net was bought in. This time, two larger narrow sawfish had been entangled and much to the delight of the fishermen, an enormous wedgefish. The fins from this animal would fetch them a significant price. We stayed at Kopar Village for 5 days documenting shark and ray landings. Narrow sawfish were being landed daily as were the other usual suspects around Indo-West Pacific river mouths namely, winghead, bull and pigeye sharks. 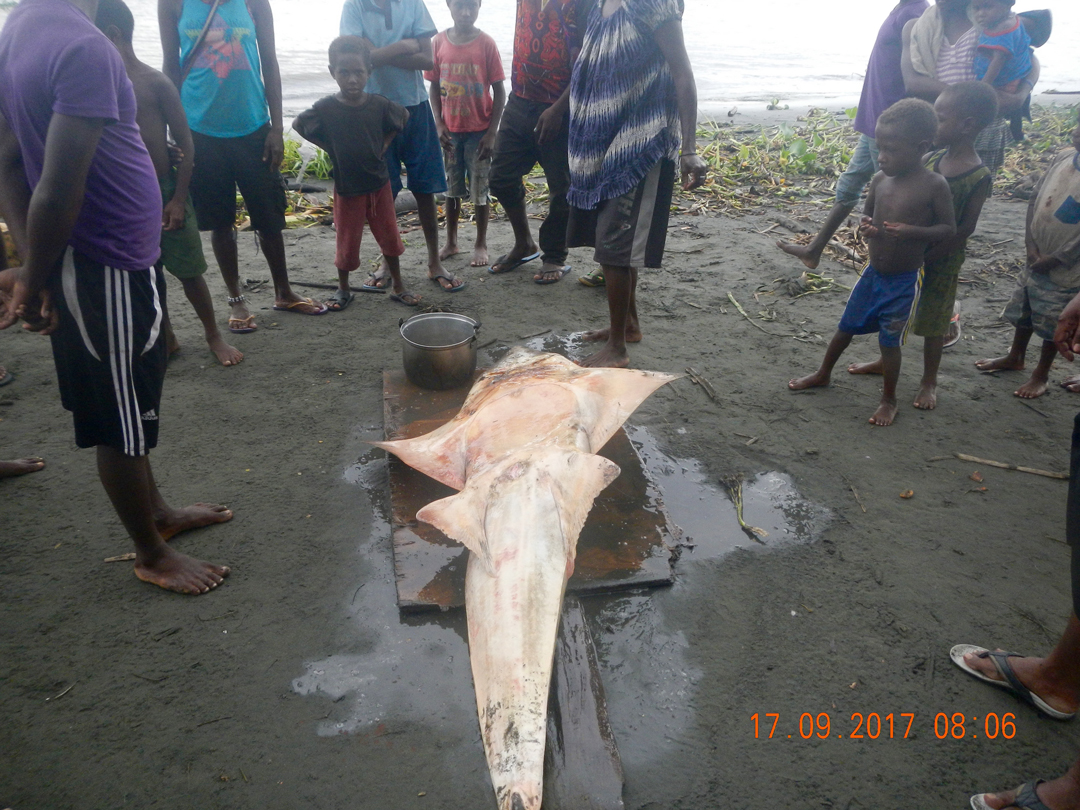 Late in the afternoon, as we packed the boat to return to Angoram, an elated call from one of the fishermen rung up the bank towards us. The reason for the excitement was clear. Four narrow sawfish were landed in a single net, three females and male, the largest measured 210 cm TL. We scrambled to document the catch in the fading light with the help of the fishermen. 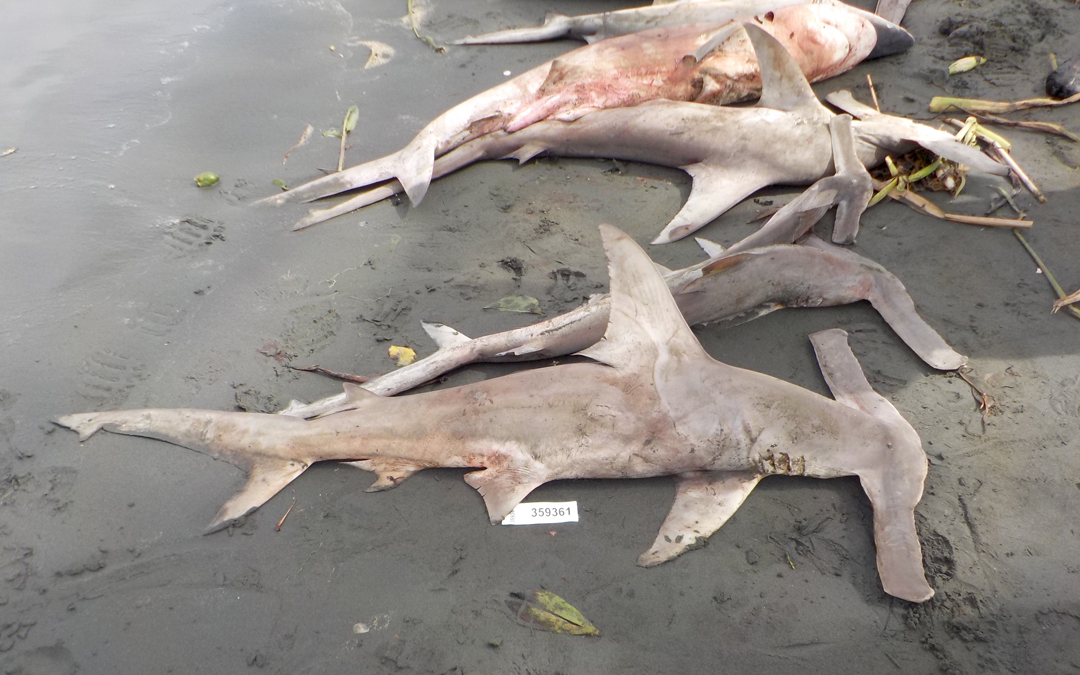 Winghead sharks were one of the most abundant species in gillnet landings. We observed a wide range of size classes during our stay at Kopar Village. Photo © Michael Grant | James Cook University

I left Kopar village in a bittersweet state of mind. I was happy that we had detected the presence of two sawfish species, but this was clouded with questions of sustainability and anxiety for the future of their populations. When was the last time four sawfish were observed in a single artisanal gillnet? How often did that occur here? For how much longer would it occur? These thoughts spiralled around in my head as we followed the setting sun up the picturesque Sepik River for a few days rest before we embarked on the next chapter, the search for juvenile largetooth sawfish in the Middle Sepik. 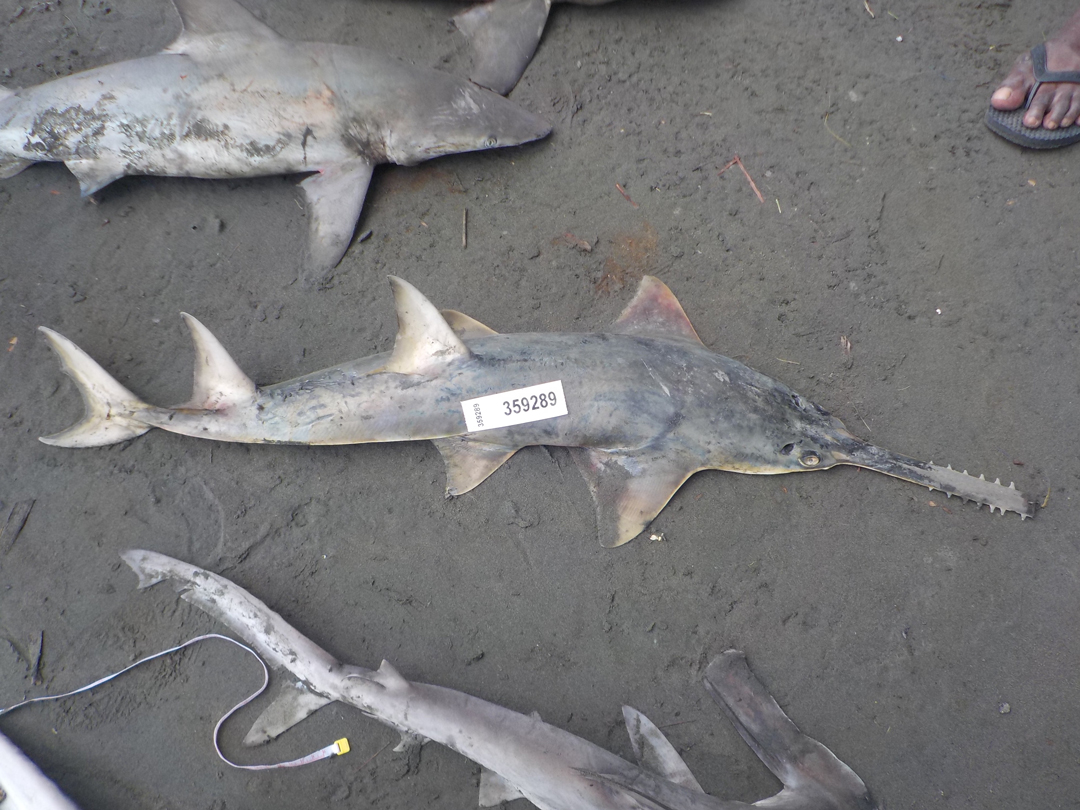 A narrow sawfish caught at the mouth of the Sepik River. The animal is photographed with a unique field code to track measurements of length, sex and maturity on the data sheets. Photo credit: Michael Grant | James Cook University