A pilot survey in the Gulf of Papua

Following recent records of all four Indo-Pacific sawfish species caught by prawn trawlers in the Gulf of Papua, I travelled to Kerema Town in the Gulf Province to survey coastal communities. This would be one of the first shark and ray orientated research trips to the Kerema coastline. Myself and Nigel Mapmani from the University of Papua New Guinea would be conducting a 4-day pilot survey to assess logistics and key areas for future trips. On the gruelling 6 hour drive from Port Moresby, I was feeling a mix of optimism and excitement in anticipation of visiting the local villages. Here, I recount one of stand out days in this short trip, our visit to Marieke and Vailalia Village. 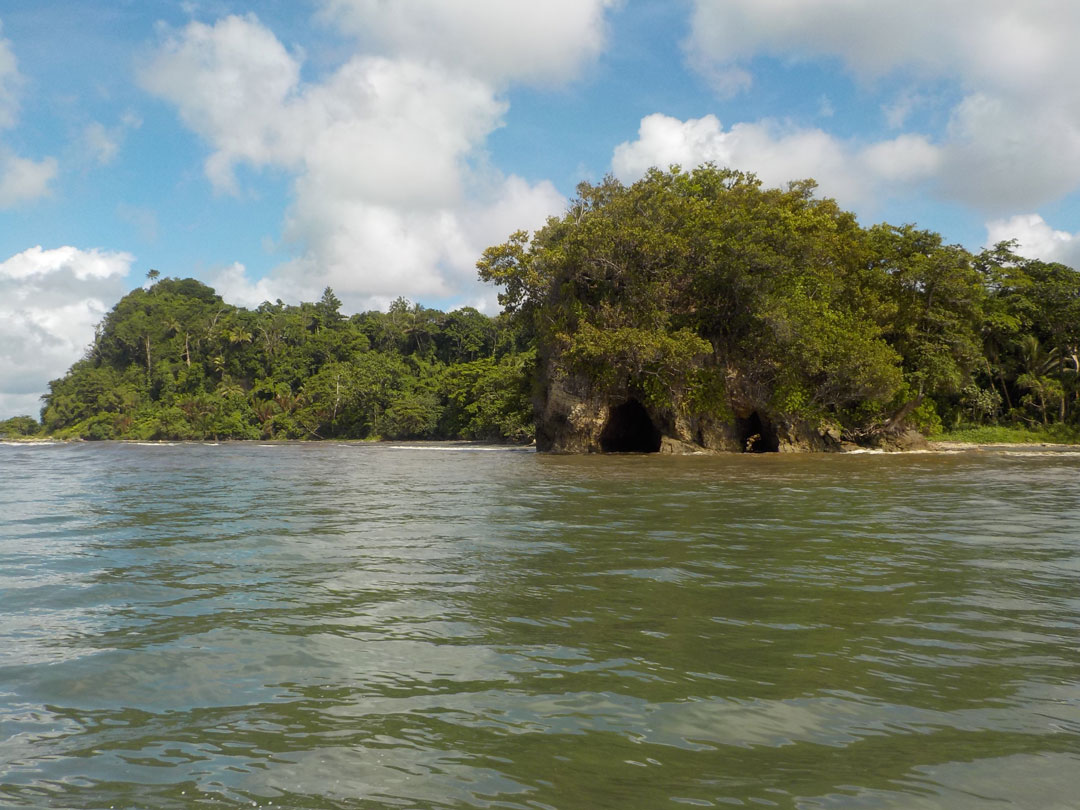 The rainforest extended right up to the sea front along much of the northern Kerema coastline. Photo © Michael Grant

We left Kerema by boat at around 8:30 in the morning. Thick tropical rainforest lined the coast as we made the 2 hour journey northwest to Marieke Village. 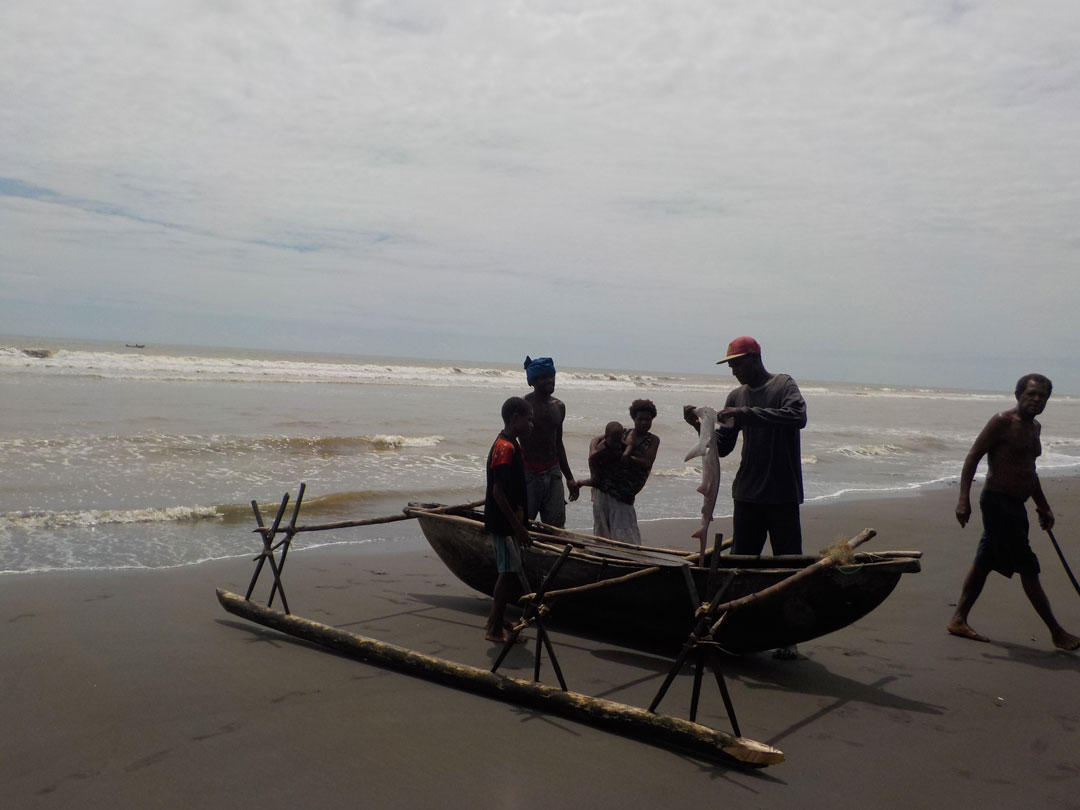 Marieke is one of the regions largest village’s supporting over 1000 people. We met one of the village’s councillors, Ian, to talk about fishing in the village and enquire about the extent of fishing activity. Although more reliant on agricultural activities, we were told that some people do fish, mostly with small 2–5 inch gillnets or by hook and line from paddle canoes. I explained that we were primarily investigating the presence of sawfishes and asked whether he knew of anyone that might have any sawfish rostra. 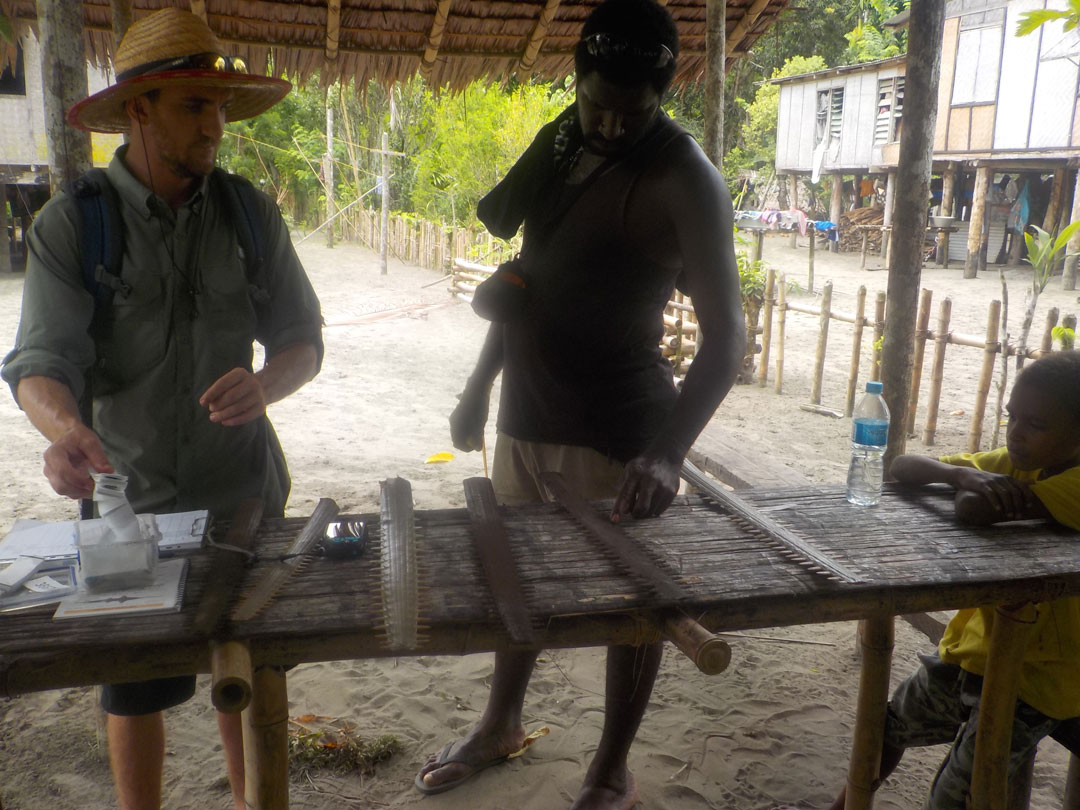 Within five minutes six rostra were produced, all narrow sawfish. As we began to take our photographs and measurements another three were bought over. We were told that narrow sawfish are most regularly caught, although some ‘very large types’ were also occasionally caught. Unfortunately, the large rostra are seldom retained as they have little use or significance. 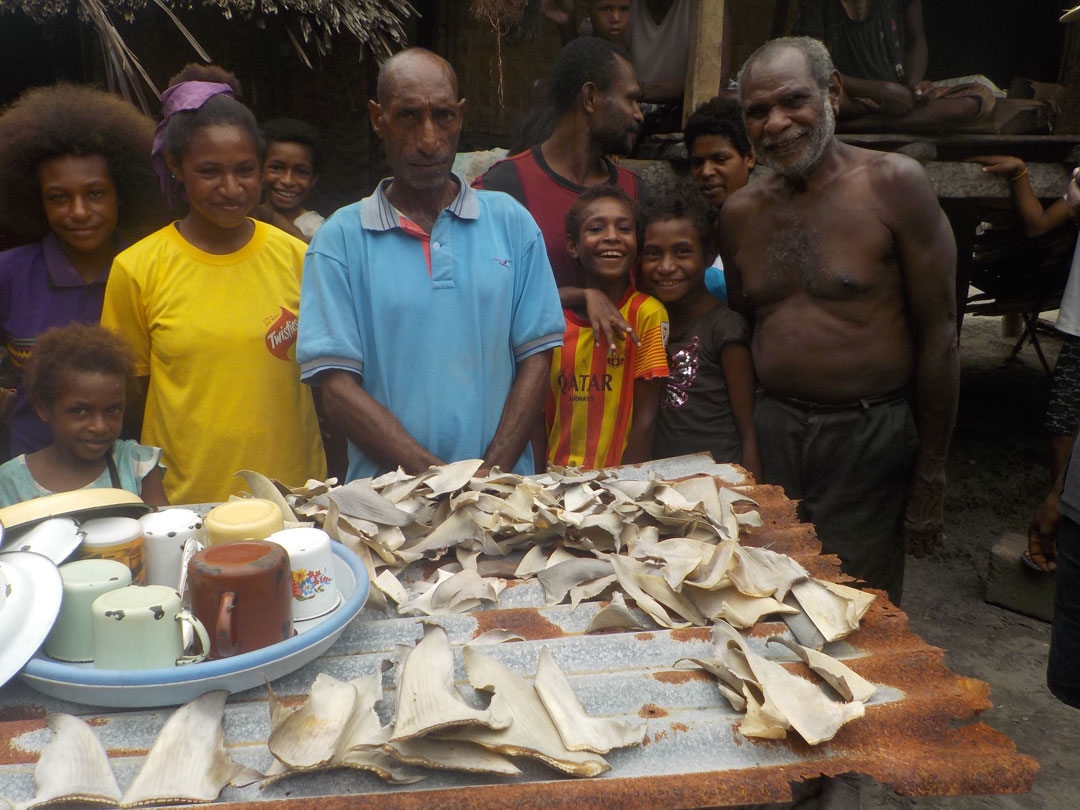 At Marieke Village, the fins from sharks are retained for sale to Port Moresby. Photo © Michael Grant

Following this, Ian took us to one of the main fishermen’s house to ask whether he had any shark fins we could have a look at. A large bag was bought out and I began the process of identifying first dorsal fins to take measurements and genetic samples from. Several fins from ‘shark-like rays’ were observed which, following genetic analysis, might prove to be those of sawfishes. 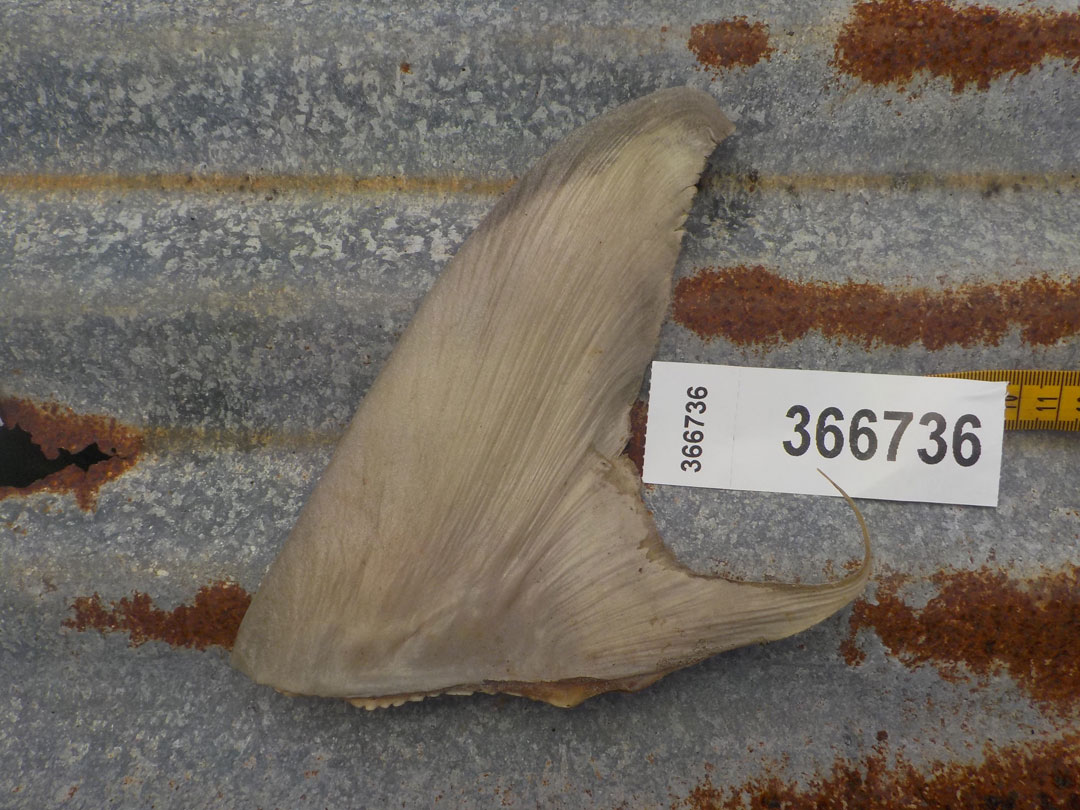 The first dorsal fin of what may be a sawfish, observed at Marieke Village. A small clip is taken for genetic analysis to determine the species. Photo © Michael Grant

We left Marieke with plenty of new data and headed for Vailalia, about a 30 min boat ride back toward Kerema. Vailalia is situated at the Vailalia River mouth and is split into two villages, Vailalia East and Vailalia Hiloi. We first dropped into Vailalia East and were immediately welcomed by some very excited children. 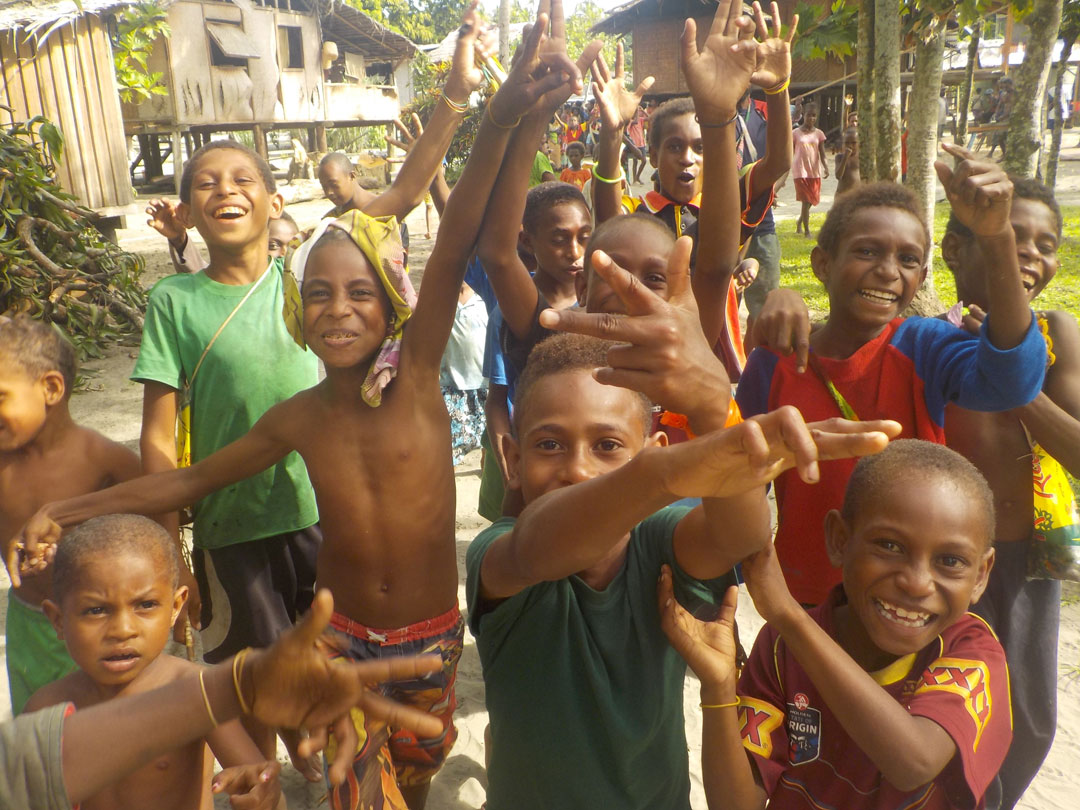 The children were very excited to greet us upon arrival at Vailalia East Village. Photo © Michael Grant

Fishing in the village is largely by hook and line only, although sawfish are caught. Two rostra were observed, one from a narrow sawfish and the second from a largetooth sawfish. We were told that small sawfishes are seen in the freshwater regions further up the river indicating that a largetooth population likely inhabits the region, a positive sign. 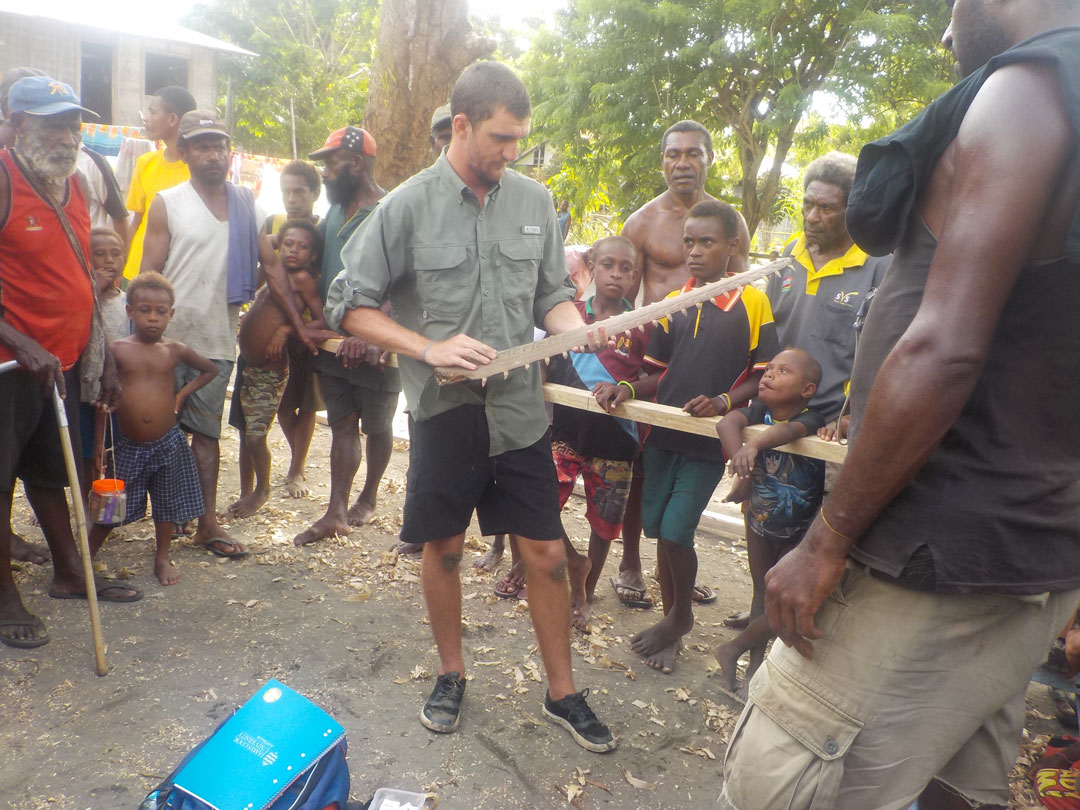 At Vailalia Hiloi, on the western side of the rivers mouth, a similar story was told. Fishers occasionally catch sawfish by hook and line, although rostrums are rarely retained. Another three narrow sawfish rostra were observed in the village. 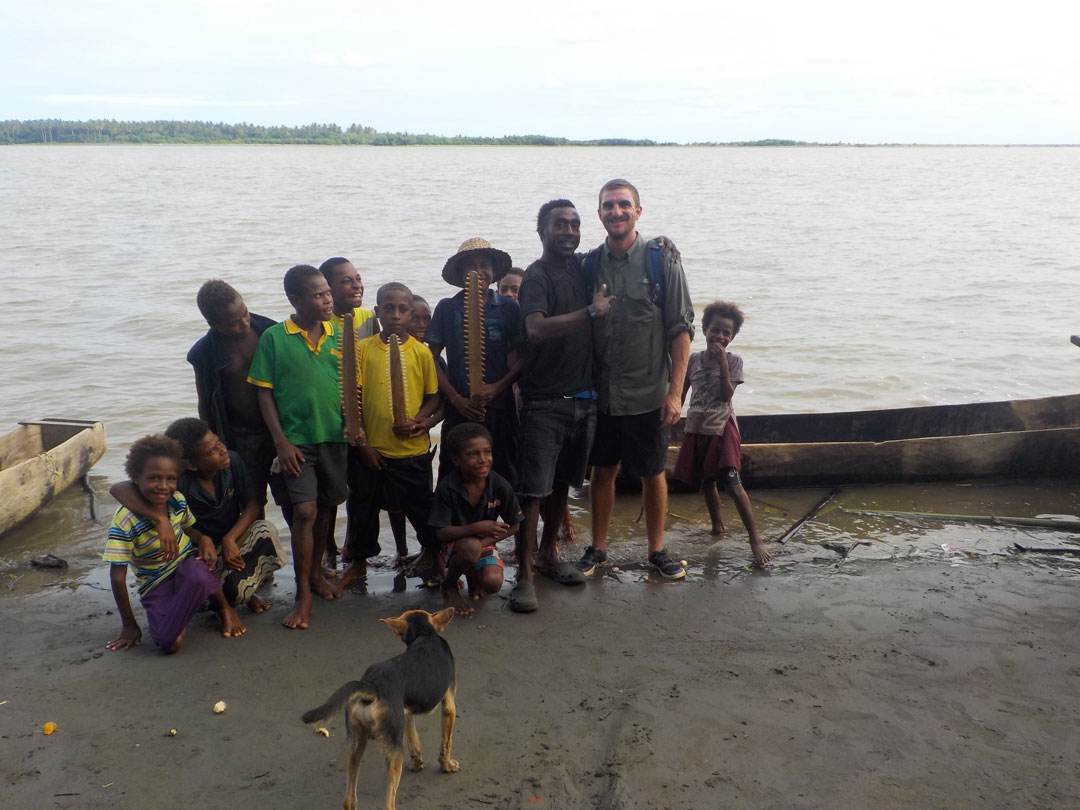 We headed back to Kerema with a good indication of the role that fishing plays within the livelihoods of the local people. We had observed several rostra and fins from over 50 individual sharks and shark like rays. Furthermore, we had an indication that largetooth sawfish maybe using the Vailalia River as a nursery, proving grounds for future work in the region.