World Oceans Day is celebrated annually on 8 June. On this day, we celebrate what our oceans mean for our survival and wellbeing, and highlight some of the more pressing challenges to their healthy functioning. It’s been unofficially observed since the Earth Summit in Rio de Janeiro in 1992, but was officially recognized in a UN General Assembly resolution in 2008. 2019 has already seen some important news for our oceans. In a landmark report, the IPBES warned that that 66% of our oceans have been significantly impacted by human activities. The conservation threat status of wedgefishes and guitarfishes is looking worse than we thought and we’ve underestimated the extent of our impact on sharks in different parts of the world.

While the view from the newsreel may look bleak, there have been many successes worth celebrating again today. Scientists published a paper outlining a Global Deal for Nature. The Protected Planet Report reassured us that we’re on track to meet the Aichi Biodiversity Targets and protect 10 per cent of the ocean by 2020, albeit only if we make a concerted global effort to do so. The rollout of 20 new marine protected areas (MPAs) in South Africa and the announcement of 41 new marine conservation zones around the British coastline are signs of just such an effort.

In the Save our Seas community of researchers and partners, a tiny newcomer was hailed in the goby fish family Eviota when the Daly’s goby was confirmed as a new species at the D’Arros Research Centre (SOSF-DRC). The scientists at the Nova Southeastern University’s (NSU) Save Our Seas Foundation Shark Research Center and Guy Harvey Research Institute (GHRI) sequenced the elusive white shark genome. The Shark Spotters programme launched their automated shark detection algorithm software, and it was with a sigh of collective relief that the scientists at The Manta Trust welcomed the beloved (and sufficiently recovered) manta ray Babaganoush back to Hanifaru Bay after a near-fatal run-in with a speedboat six months ago.

The Save Our Seas Foundation is passionately committed to protecting our oceans and the marine life that calls this vast, blue wilderness home. Over the last 15 years, our love for the oceans has motivated us to fund over 300 groundbreaking projects. The researchers that we support, and the work that they innovate, contribute to a deeper understanding of marine megafauna and helps develop new solutions for their conservation. This World Oceans Day, we’re revisiting some of the key threats to our seas, and celebrating how the researchers that we support remain committed and curious: tackling some of the biggest challenges in ocean conservation today, and diving into a deeper understanding of how our oceans work. 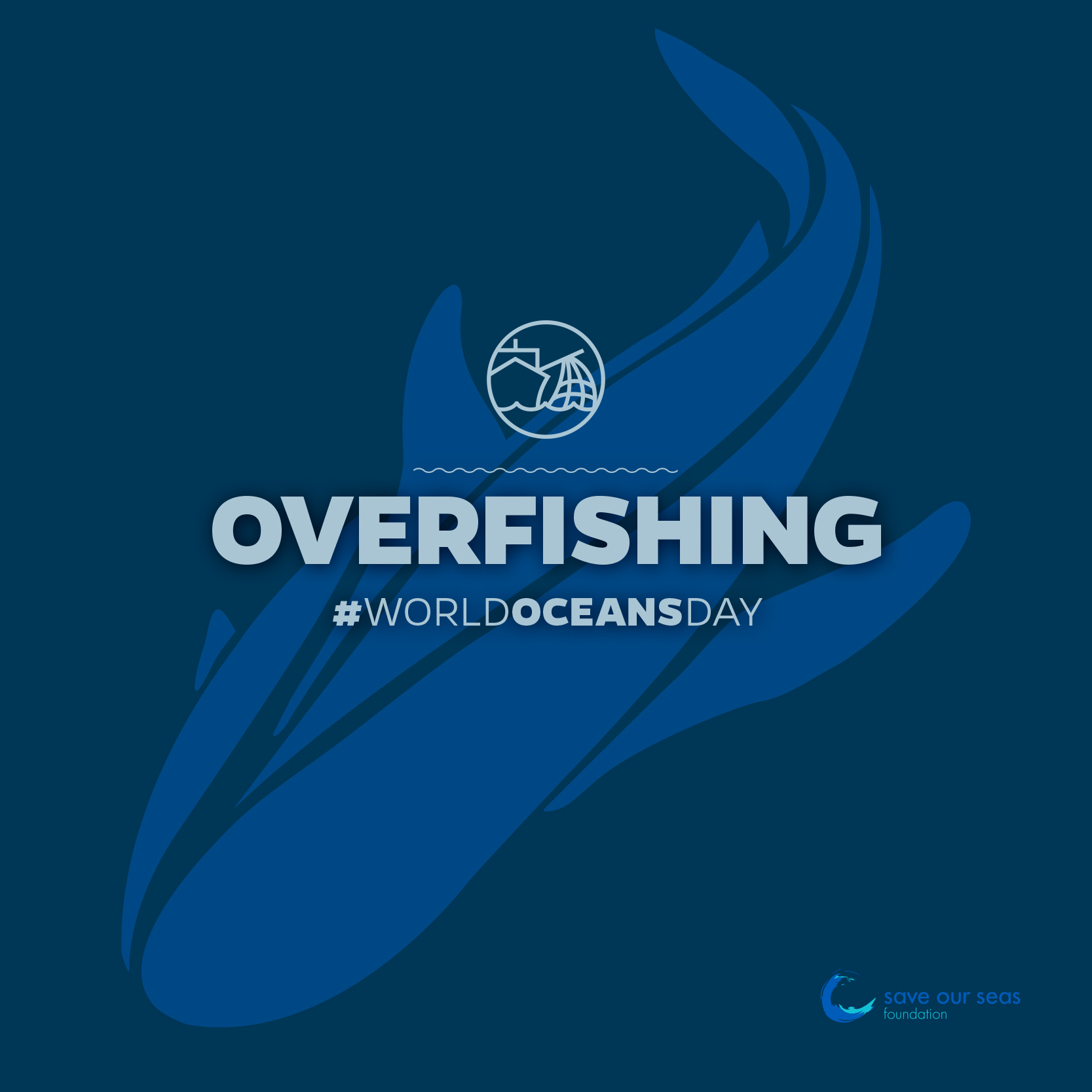 The first of these ocean threats is overfishing, which depletes fish stocks, sometimes beyond their ability to recover. This disrupts the ecosystem and eliminates a valuable source of food and income. Several of the SOSF-funded project leaders are focused this year on filling in the details of shark fisheries that we don’t yet understand. Already, Diego Cardeñosa has developed a fast and cost-effective way of identifying highly threatened sharks that are sold illegally in international trade. 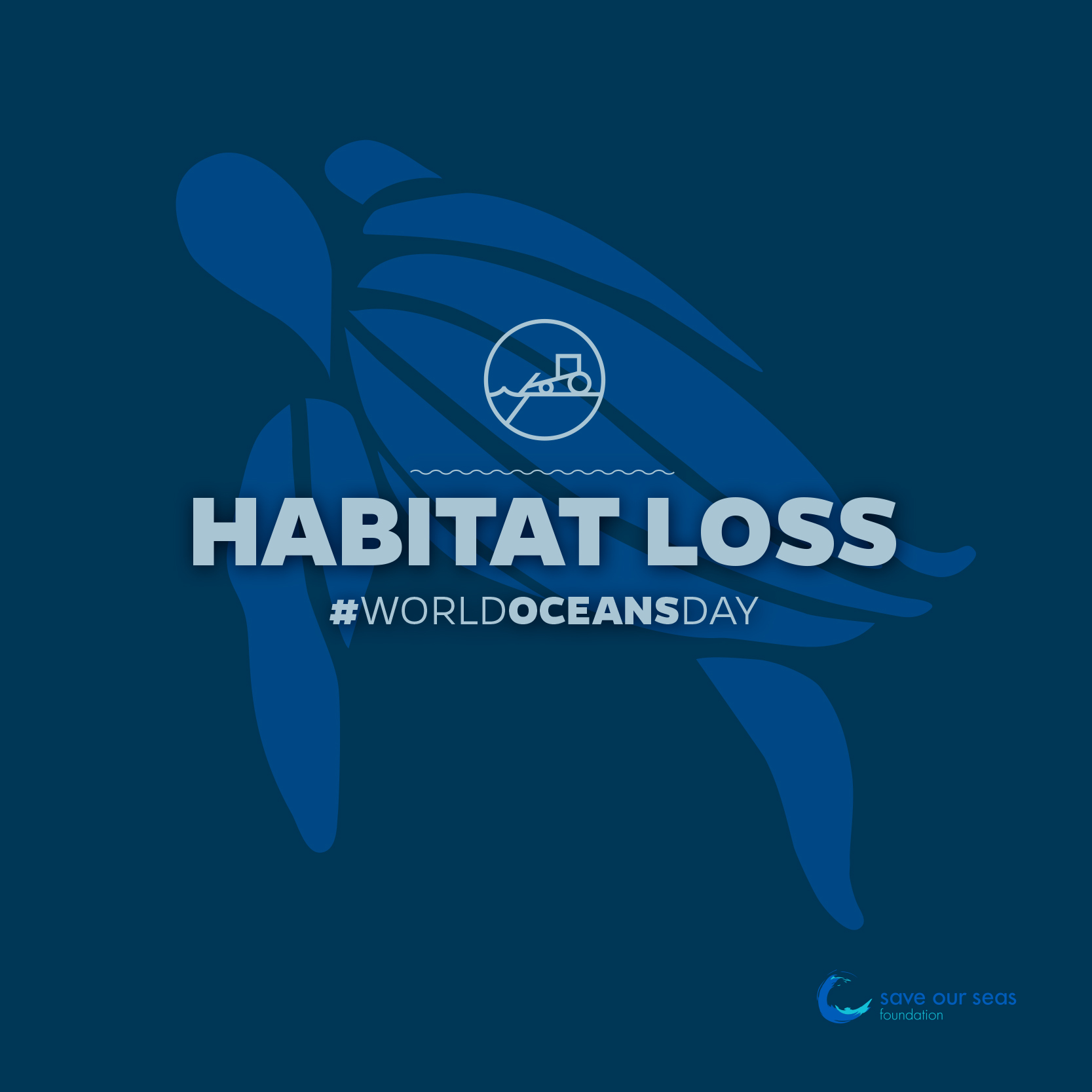 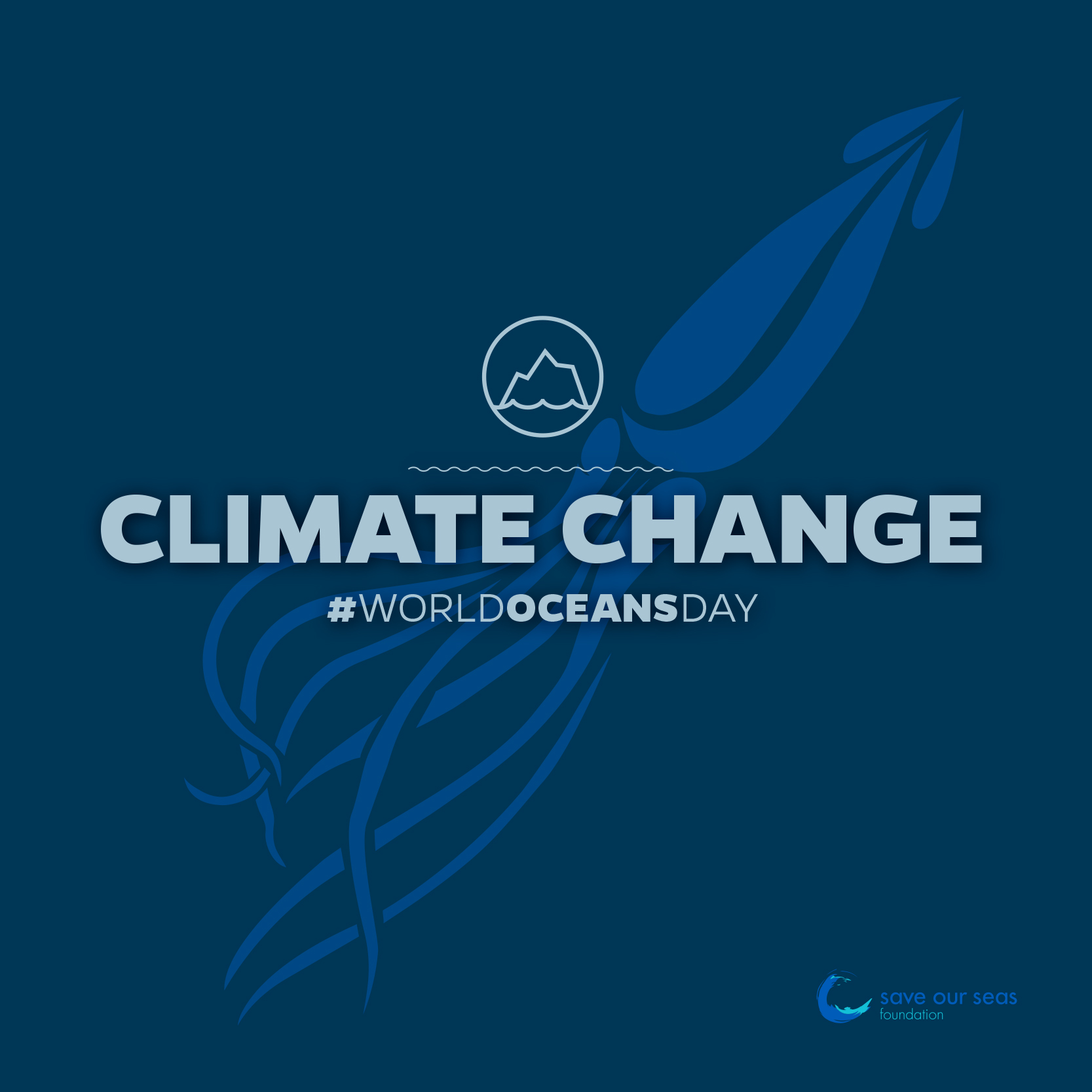 Climate change is warming the oceans and making them more acidic. This threatens the ocean’s building blocks – the plankton and corals that are the primary producers for nearly all marine life – that will struggle to survive under increasingly inhospitable conditions. 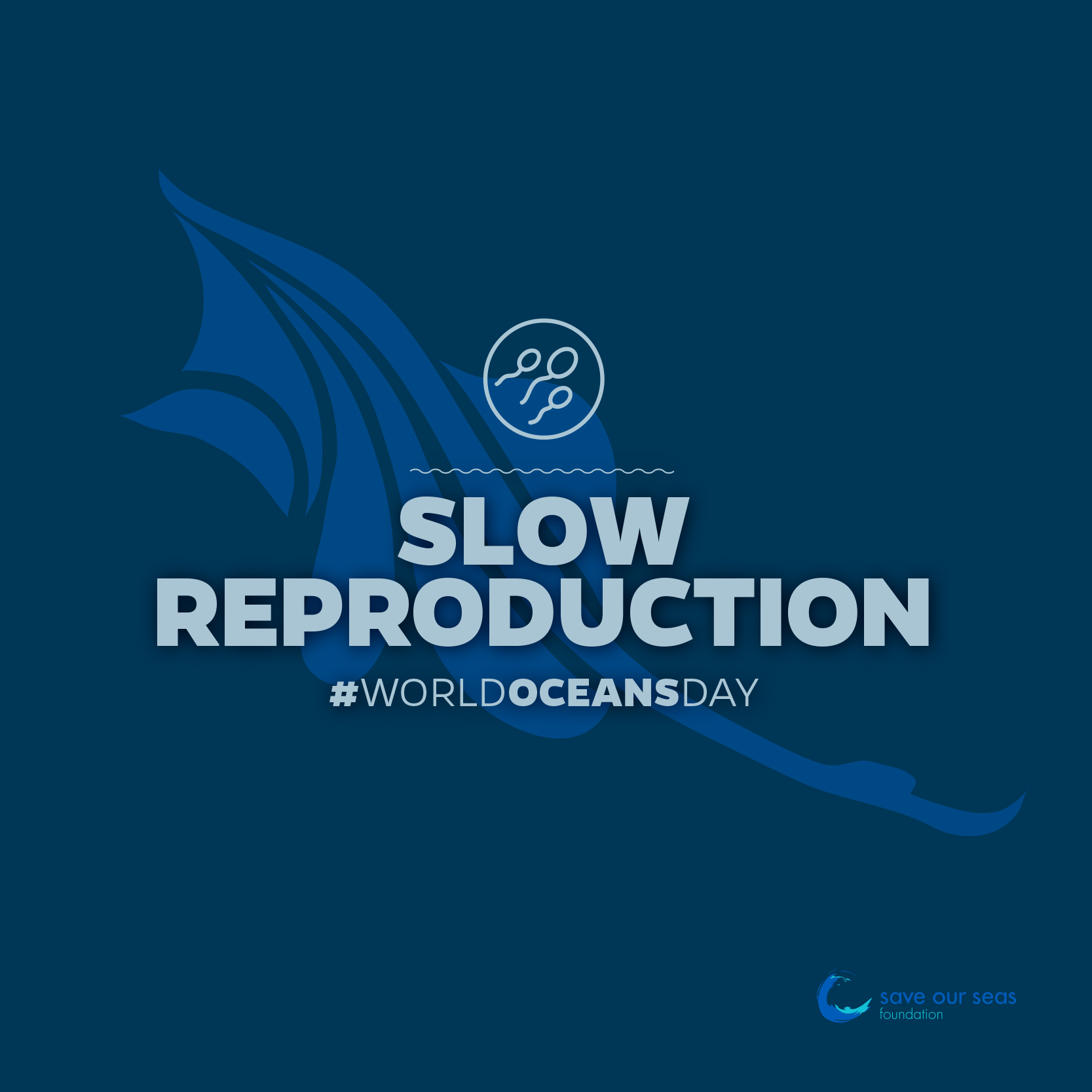 Certain life history characteristics, like slow reproduction, make some species more vulnerable to threats such as fishing, habitat loss, climate change and persecution than others. Those species that live fast and die young, like sardines, are more likely to survive than species that grow slowly and die old, like sharks. Why is this? Sharks have always been high up on the food chain and aren’t ‘designed’ to handle high levels of predation by other marine species – or by humans. They are slow to recover when their numbers decline, and if the threat persists, their populations might collapse entirely. Scientists like Colin Simpfendorfer and Ramón Bonfil are tackling the conservation of some of the most threatened fishes in our seas like the sawfish, while others like Julius Nielsen have been investigating some of the longest-living sharks on the planet. 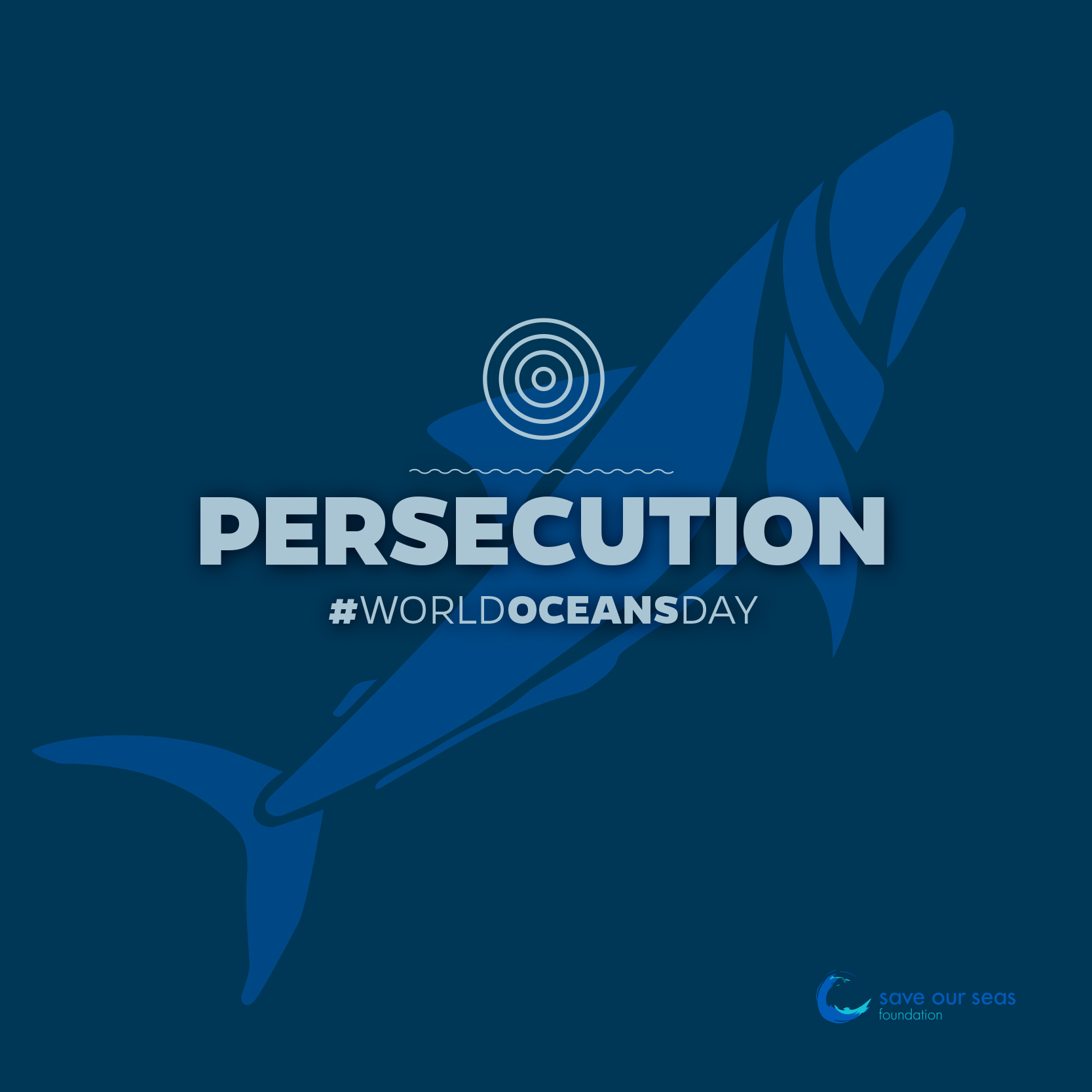 Persecution disproportionately affects apex predators, those fishes at the top of the food chain that help structure the ecosystem. Sharks are still demonised by the media and much misinformation is spread about these animals. This mentality of fear and loathing means people kill sharks not only to use or sell their body parts, but for a number of other reasons too: for sport, for the perceived threat they pose to humans and fishing gear, in a misguided attempt to protect fishery resources, or simply out of dislike. Recently, Christopher Pepin-Neff published a book tackling the problem of our perceptions head-on, because as much as we might malign white sharks, there are concerns for their changing populations and shifting ecosystem, with researchers looking to the future of white shark research and conservation, like this paper that pools the insights of 43 shark experts.