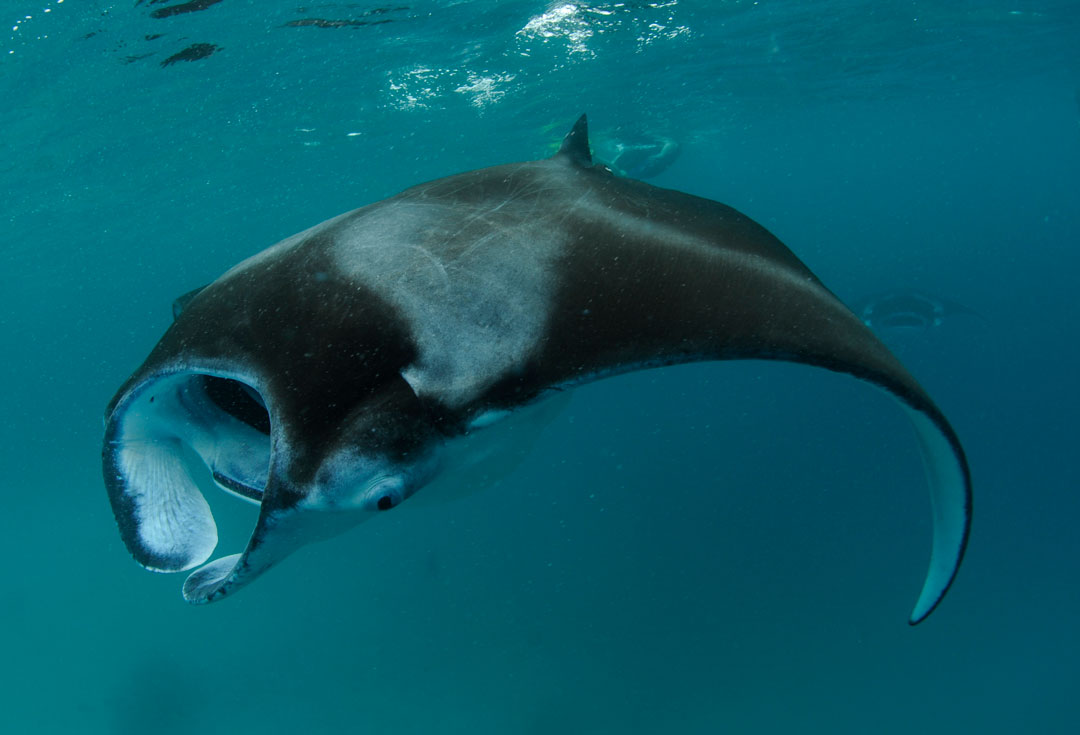 One of the Maldives best known and loved manta rays, Babaganoush, surprised and delighted our researchers this week when he reappeared at Hanifaru Bay, six months after sustaining what were thought to be fatal injuries from a speedboat strike. Babaganoush was only the 33rd reef manta ray to be added to our Maldivian Manta Ray Project’s database, which now has over 5000 individuals in it. He was first spotted in 2005, the year this project was launched, and has been sighted over 200 times since. 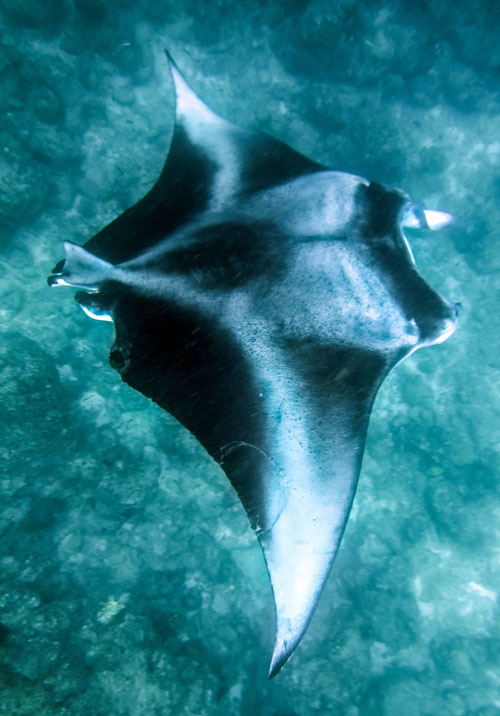 In November last year, our team were devastated to encounter and film Babaganoush in Hanifaru Bay suffering from horrific injuries caused by a speedboat strike. Manta rays are vulnerable to boat strikes in the Maldives whilst feeding or travelling at the ocean surface, especially outside of the few small protected areas that exist where boat speed restrictions are in place. Baba sustained some of the worst injuries we have ever recorded on a living manta ray; the boat’s propeller had cut so deep into his body cavity that his internal organs were exposed. 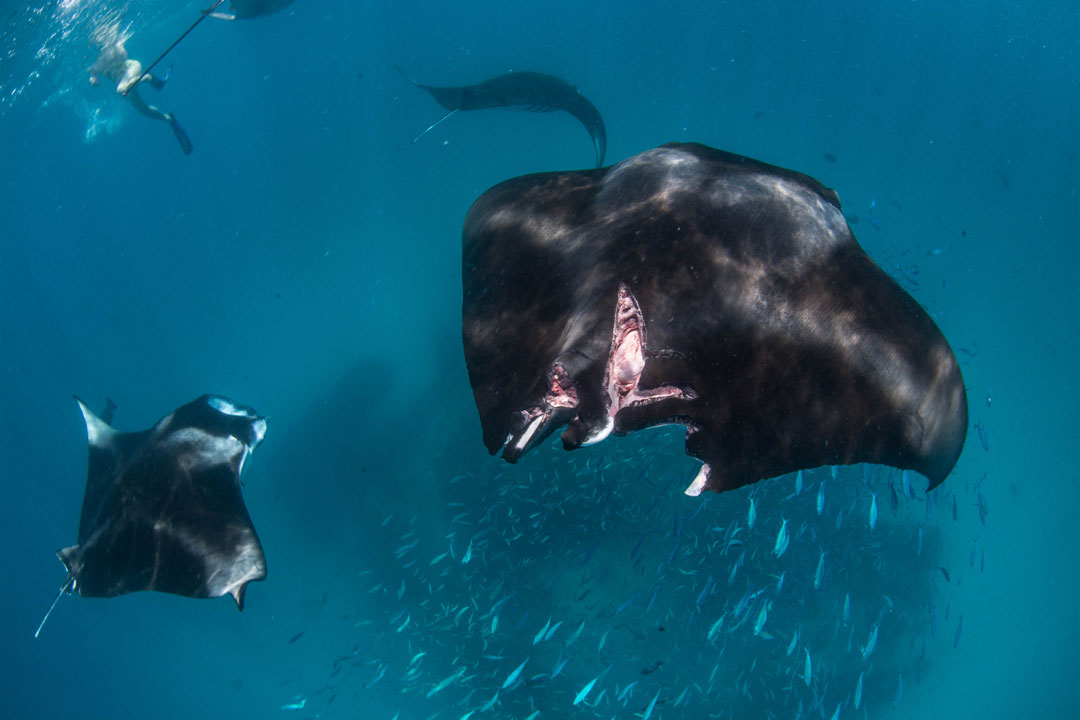 Incredibly, on the 4th May, after six months without any sightings, Babaganoush made a triumphant return to Hanifaru Bay looking healthy and extremely well healed. Of course, we could not be happier that he has survived! These records illustrate the remarkable ability of manta rays to resist infection and heal, allowing them to survive (at least sometimes) injuries that we’d assumed would prove fatal. However, it also illustrates the negative indirect impacts which humans are increasingly having on these species globally, even in countries where they are lucky enough to receive national protections from fishing and other direct threats. Each year, as speedboat traffic significantly increases in the Maldives, where little-to-no speed limits are in place throughout much of the country, the nation’s marine life faces a serious threat from the unregulated impacts of rapid human development. Urgent actions are therefore needed by the Maldives government to implement effective management regulations, especially at key megafauna aggregation sites, and along migratory corridors. 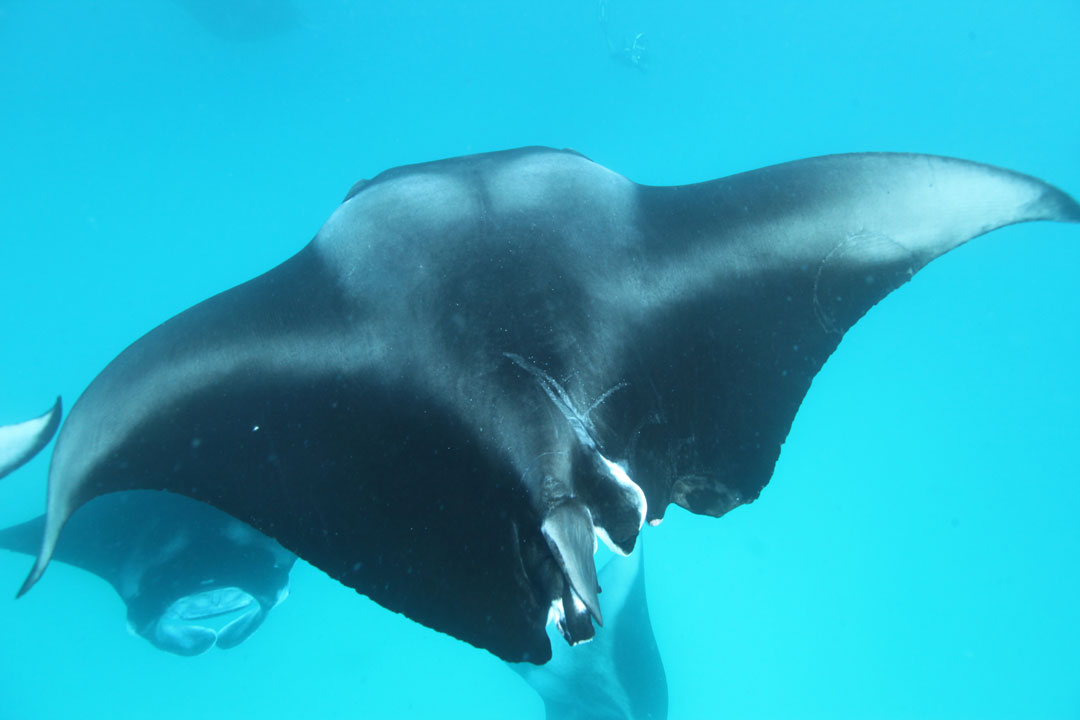 Babaganoush returned in May 2019 with his wound well healed. Photo by Flossy Barraud | © Manta Trust

Manta tourism provides many countries and governments throughout the range of manta rays with a strong economic incentive to protect these species and their habitats. However, this tourism also needs to be managed if it is to be sustainable. The Maldives, which is home to the world’s largest population of reef manta rays, where these species are protected nationally, has been taking some positive steps to conserve its native marine life and encourage responsible tourism. However, the pressures on the Maldives’ coral reefs and their inhabitants are rapidly increasing, and much greater efforts are required if this ecosystem is to not to become ‘loved to death’. Hanifaru Bay, a location known to seasonally attract huge aggregations of manta rays, was declared a marine protected area (MPA) in 2009. In 2010, regulations at this site were put in place to minimise the impacts of tourism on the aggregating manta rays. These measures include restrictions on visitor numbers, a ban on SCUBA diving and fishing, with strict enforcement by on-site rangers. As a result, this site has become a model example of how well-managed tourism can, and should, benefit both marine life and the local economy. However, outside of this small MPA, the rapidly growing pressures of development and climate breakdown upon the natural resources and the biodiversity of the Maldives should be a serious concern for a nation that’s economy is so heavily reliant on the health of its marine environment.

The Manta Trust continues to work with local communities, tourism operators, and the Maldives government to find tangible solutions to the issue of tourism development. You can help to support this work by adopting Babaganoush today! Plus, if you have any plans this year to travel and see manta rays, don’t forget to check out How to Swim with Manta Rays where you’ll find clear guidelines on how divers and snorkelers should behave in the water to ensure their presence minimises disturbance to any encountered manta rays.