Where is Mexico’s last sawfish refuge?

Since 2016, when we started searching for live sawfishes in Mexico we have switched our main sampling efforts from old-fashioned fishing gear surveys assisted with flying drones, to our current chief tool: eDNA (environmental DNA). So far, we have surveyed a large part of the eastern coast of Mexico including most of the Caribbean coast of Quintana Roo, and the coasts of Campeche and Tabasco including the Usumacinta River (a former chief habitat for largetooth sawfishes). Despite our efforts, we have not found a single live sawfish of neither of the two species (smalltooth Pristis pectinata and largetooth Pristis pristis). This is a tell-tale sign that the abundance of both populations must be very depressed in Mexico due to decades of widespread artisanal fishing and habitat loss. The good news is that our eDNA results are telling us that they are still hiding in some of the spots we have surveyed. While results are not yet complete for publication, we have evidence that almost of the coastal states we have visited have fresh sawfish DNA floating around in a few places. This is encouraging news, but until we do not physically find live sawfishes we cannot do much to protect them and help their population recover. So the big question is where is their last stronghold? Well, this is a tough question to answer right now. But our most recent survey, to the southern part of the state of Veracruz gave us some additional hints that sum up to information we already had … 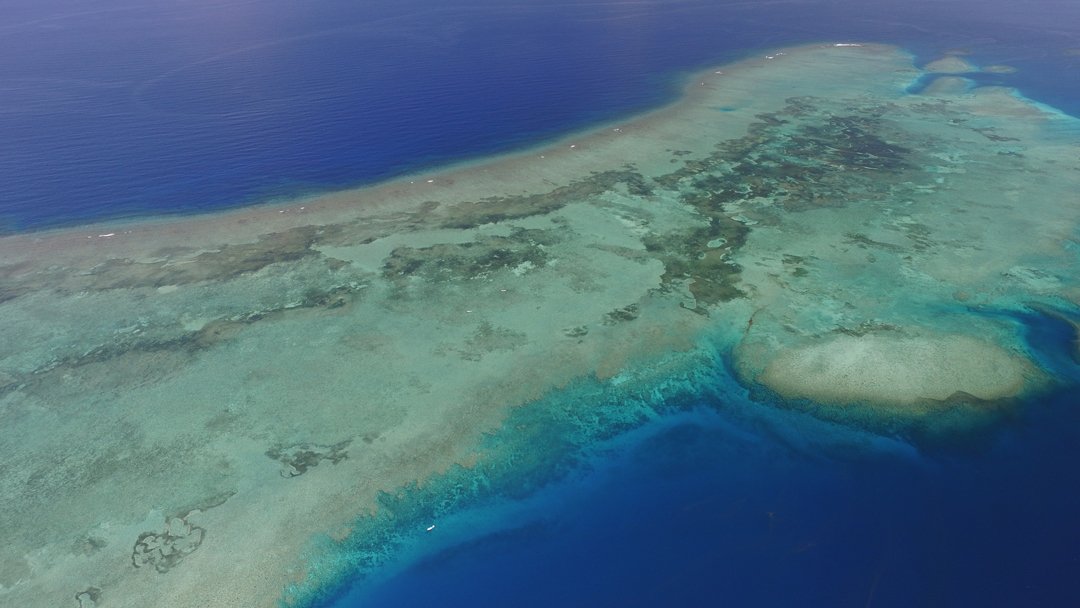 Aerial view of the coral reefs off the port of Veracruz, our boat can be seen in the lower edge of the reef. Photo © Ramón Bonfil

Veracruz is the longest coastal state in the eastern coast of Mexico, covering about 650 km or about 26% of the eastern coastline. Data we collected on a prior study showed that Veracruz had the highest number of records of old photographs and preserved trophies of sawfish rostra (their ‘saws’) in the eastern coast. More importantly, the only live sawfish we know of in Mexico was caught by fishers in northern Veracruz in early 2016 and thanks to our organization’s (Oceános Vivientes A. C.) campaign to save sawfishes, they spared its life and helped us get it to safety. This young female smalltooth sawfish now lives happily and protected in the Veracruz Aquarium. 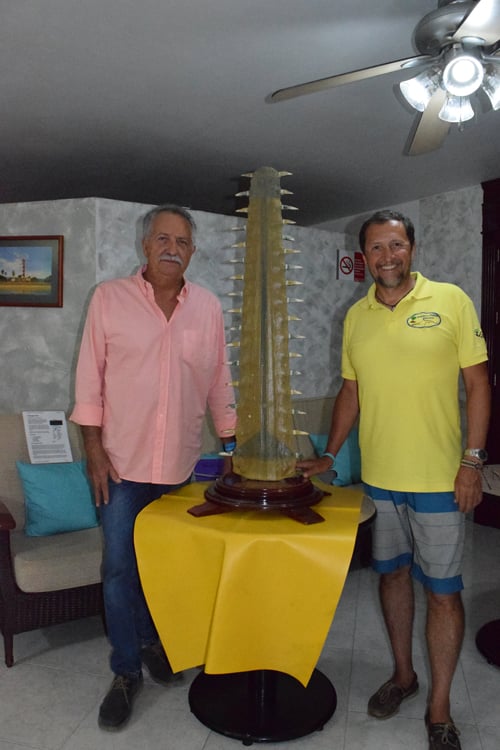 Ramón Bonfil (project leader), and Mr. Pavón (rostrum owner) pose with sawfish rostrum from Coatzacoalcos, Veracruz. This specimen was caught around 1978 in the mouth of the Coatzacoalcos river. Photo © Ramón Bonfil

But coming back to the main point, while surveying the coral reefs of the central Veracruz coast last September 2018, we received a tip from a local fisheries researcher that some fisher claimed to have seen live sawfishes near the coral reefs recently! Last week I had an opportunity to talk to the fisheries officer who actually heard the story from the fisher and he is trying to get me in touch with the fisher so I can verify the information. If this happens to be a bona fide sighting, I will shortly go back there and ask the fisher to take me to the place so we can dive around and look for sawfishes. Can hardly wait! 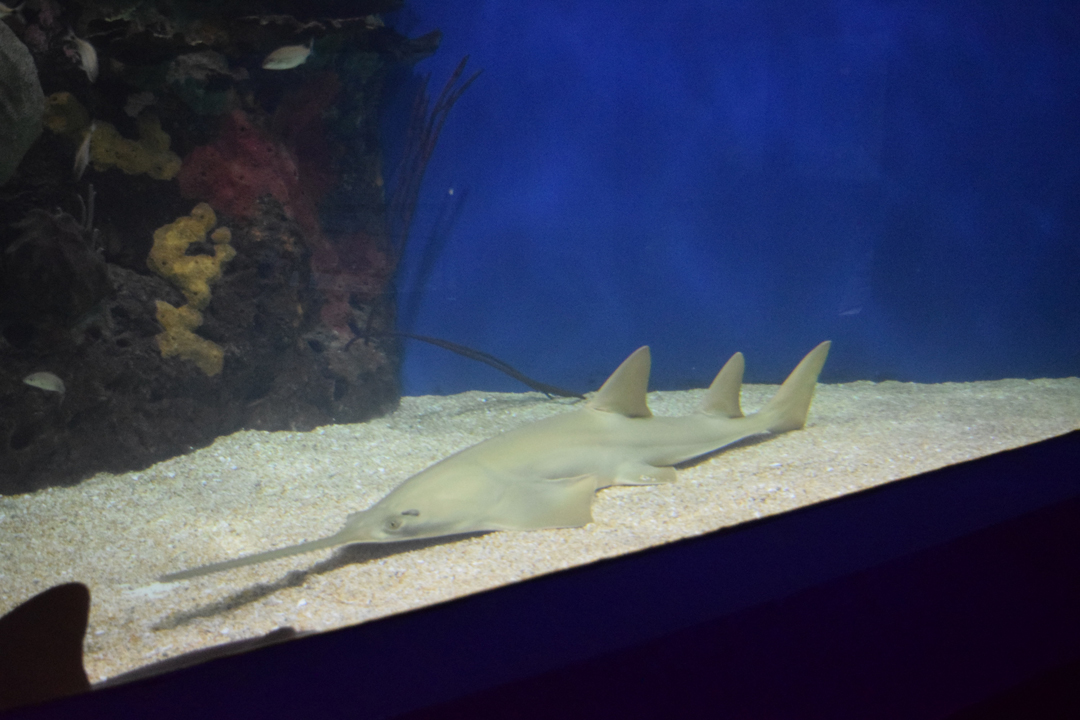 Additional hints that Veracruz might have live sawfishes is that the only estuary in Veracruz for which we have processed our eDNA samples, showed that live sawfishes passed there recently! So, evidence is accumulating that this might be the region of the eastern coast of Mexico where we will finally find them … Stay tuned for updates…!