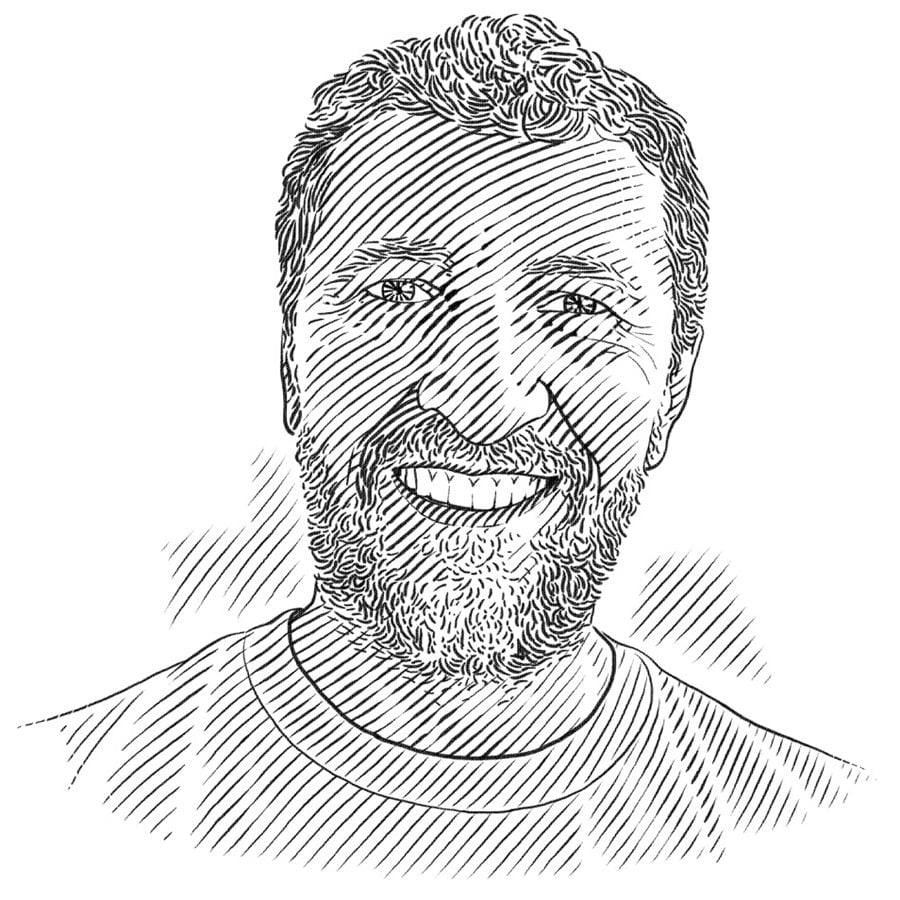 I am an internationally recognised elasmobranch researcher with more than 35 years of experience in the conservation, fisheries management, biology and ecology of this fantastic group of fish. My background includes an MSc from University of Bangor, UK, and a PhD from the University of British Columbia, Canada. I have worked at the National Fisheries Institute (Mexico), Far Seas Fisheries Research Institute of Japan, the FAO (Rome, Italy), PERSGA (Red Sea), the Wildlife Conservation Society, MARVIVA (Eastern Tropical Pacific) and two federal universities in Brazil. I am a founding member of the IUCN Shark Specialist Group, and since... Sawfishes and manta rays receive much-needed protection in Mexico
The hard work of Dr Ramón Bonfil and his team at Océanos Vivientes has paid off in the form of new protective measures for eight species of rays in Mexico’s waters. According to new Mexican legislation, the protection of species at risk of extinction has…
Related Blogs 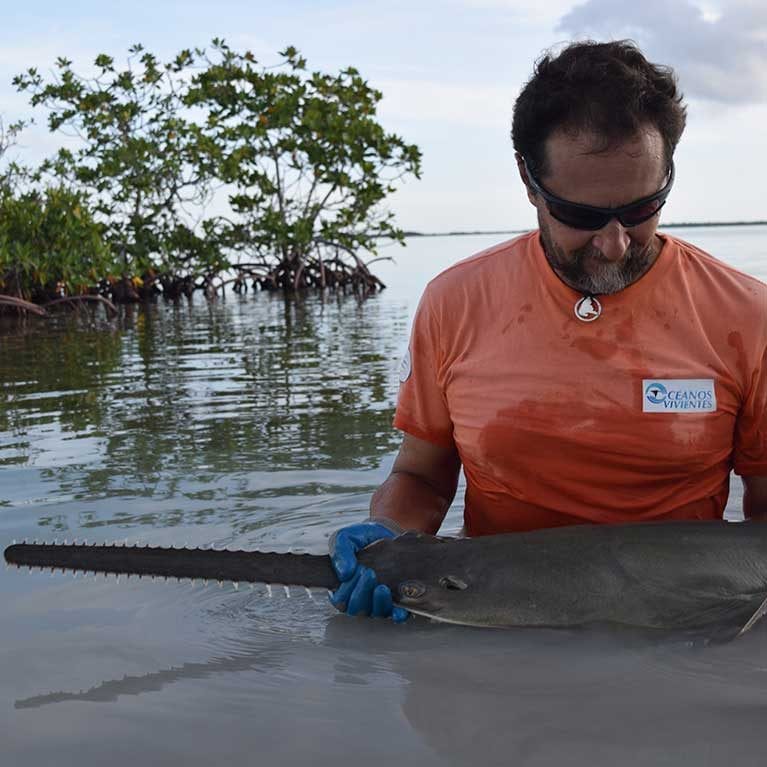 The importance of collaboration
One of the keys to success in science and conservation is to establish good and strong collaborations across the board. Science is, unfortunately, a rare and difficult activity, and adding together the experience, skills and resources of several teams or individuals is always going to… High-fly Sawfish Conservation Outreach
Effective and thorough community outreach and environmental education are prerequisites of successful species conservation. We all know that most of the problems of wildlife conservation are due to human activity: logging, fishing, coastal development, hunting, pollution, and other human activities impact habitats and populations sometimes… 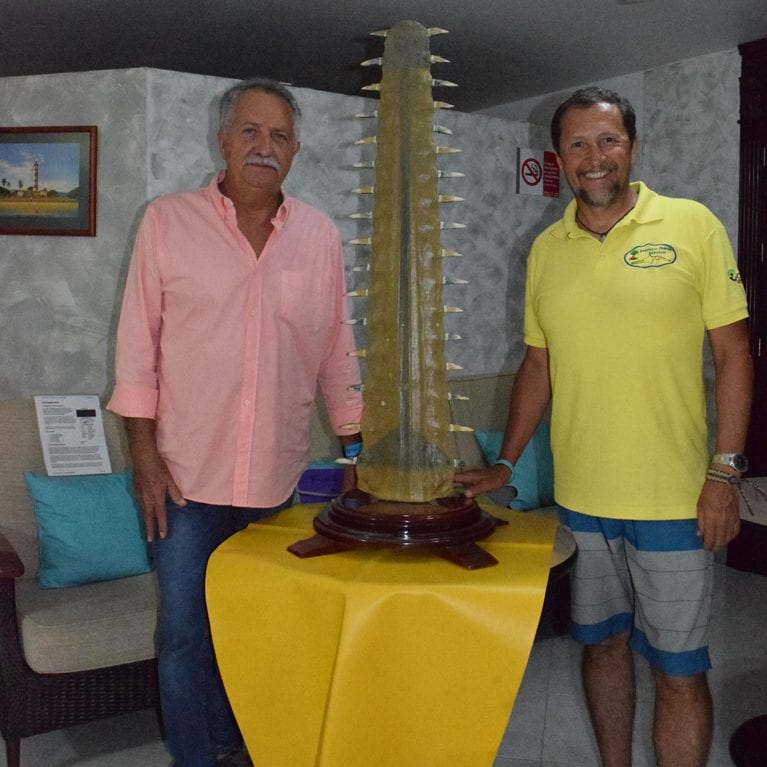 Where is Mexico’s last sawfish refuge?
Since 2016, when we started searching for live sawfishes in Mexico we have switched our main sampling efforts from old-fashioned fishing gear surveys assisted with flying drones, to our current chief tool: eDNA (environmental DNA). So far, we have surveyed a large part of the… 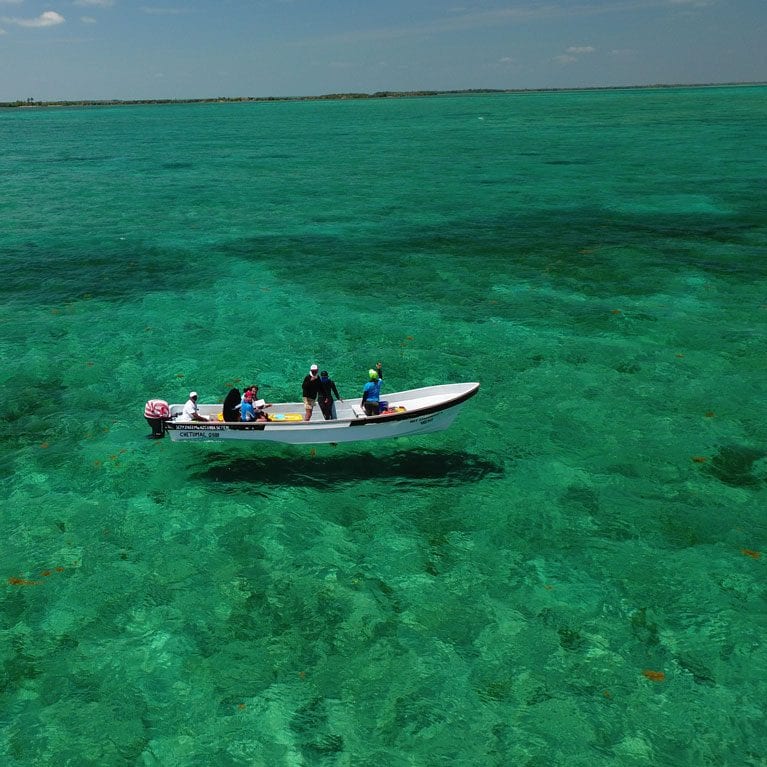 Using science to save sawfishes in Mexico
It’s late February and we are preparing for another field trip to survey for smalltooth Pristis pectinata and largetooth P. pristis sawfishes, both of which are classified as Critically Endangered on the IUCN Red List of Threatened Species. The preparations are involved and exhausting, since… 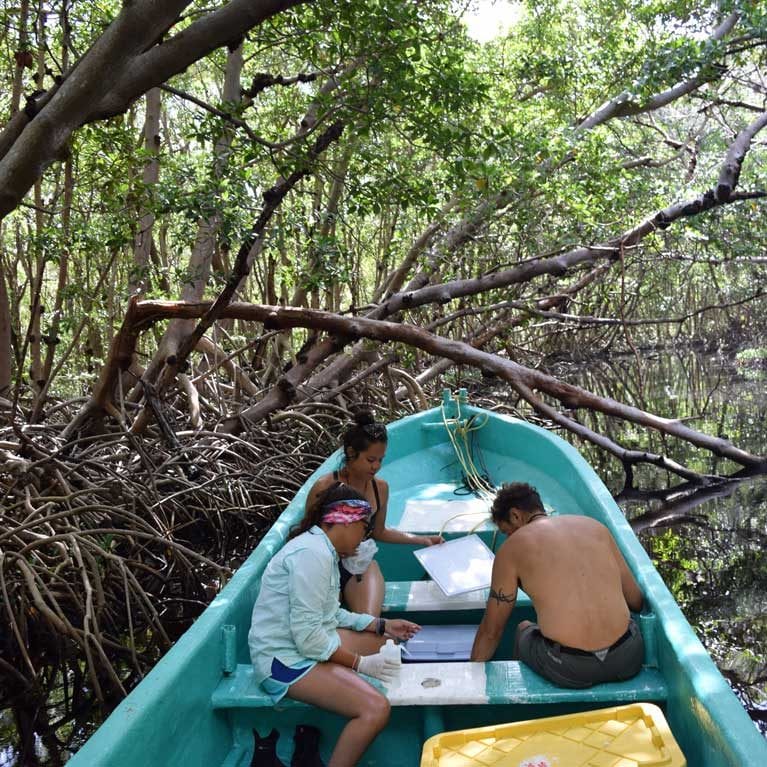 Rescuing endangered mythical sea monsters in Mexico
Every time I leave the comfort of my home and head to the coast of Mexico to search for the smalltooth and largetooth sawfishes, my heart fills with excitement. Although the days of working on a small fishing boat under the hot sun, sometimes lashed…
Project details

Conservation and Ecological Research of smalltooth and largetooth sawfishes in Mexico

Ensure the recovery of smalltooth and largetooth sawfish populations in Mexico.

Critically Endangered smalltooth and largetooth sawfishes have suffered population/range collapses worldwide but until recently, field-based information about sawfishes in Mexico was severely lacking. During 2015, we completed the first-ever study focused on sawfishes in Mexico. Our nation-wide interviews with 800+ fishers (71 communities) showed that sawfishes were formerly very common and some targeted fisheries existed. However, the range and abundance of both species has collapsed and their numbers may be in the tens of individuals (we found one live smalltooth sawfish and received a few unconfirmed reports of live sawfishes in several sites). The status of sawfishes in Mexico is extremely critical and we need immediate action before they are completely extirpated. Remaining aggregations and isolated individuals need to be located and successfully protected, local communities need to be empowered and involved in their conservation, and the status of sawfishes in Mexican legislation must be changed from ‘Threatened’ to ‘Endangered’.

The five living species of sawfishes (family Pristidae) have disappeared from most of their former range as their populations declined worldwide due to a mixture of human-induced impacts. Incidental catch in fishing gear – especially but not exclusively gillnets – along with large reduction/deterioration of prime habitat (red mangrove forests) are the major threats to sawfishes globally. The IUCN considers two Indo-Pacific species as endangered (EN) while three other species (including Pristis pectinata and P. pristis known from Mexico) are classified as critically endangered (CR). I returned to my native Mexico in 2014 after spending 25 years working abroad, and as part of a consultancy I discovered that not a single study devoted to the sawfishes of Mexico had been ever published. Recent expert global reviews indicated that the status of P. pectinata in Mexico was unknown, and that P. pristis was suspected to be already extinct. I recommended that the Mexican government devoted immediate attention to investigate the fate of sawfishes in the country and the National Commission for Natural Protected Areas (CONANP) took my advice and during 2015 opened a competition-based project to study the conservation status of Mexican sawfish species.

My conservation NGO, Océanos Vivientes AC won this competition and implemented the project during August-December 2015. The first-ever study devoted to sawfishes in Mexico involved a nation-wide survey where we visited 71 fishing localities along the entire former range of the species, interviewed over 800 people and applied 245 questionnaires to individuals who had first-hand information about sawfishes, all in a shoestring budget. This was the first phase and birth of our long-term project for conservation and recovery of sawfishes: Proyecto Pristis México. During 2015, we raised awareness about sawfish conservation in the fishing communities we visited using audio-visual conferences, distributed informational posters about the project, and collected ancillary information such as old photographs of sawfishes, and morphometric data and tissue samples from sawfish rostrum trophies. Results from the 245 structured interviews we applied indicate that both species of sawfish were formerly widespread in the entire Gulf of Mexico/Caribbean coast of Mexico, as well as from the mouth of the Gulf of California to the border with Guatemala in the Pacific coast. We calculated preliminary maps of abundance by state by averaging interviewee answers about how many sawfishes they had seen/captured in their lifetime.

These results helped identify areas of former abundance and confirmed that both species were common in coastal Mexico. Our data also indicate that sawfishes were commonly caught in the first half of the 20th century and during the 1950s and 1960s, were caught in increased numbers during the widespread expansion of Mexican fisheries in the 1970s and 1980s, but their populations were virtually depleted in Mexico by the 1990s with miniscule numbers of sawfishes caught in the last 25 years. Several unconfirmed reports of recent sightings of sawfishes were found during the surveys and a live specimen of P. pectinata was caught by a fisherman and reported to us in January 2016.

The situation of both sawfish species in Mexico is dire and urgent work is needed before it is too late. Most probable areas with remnant sawfish aggregations were identified during the first phase of the project and we need now to actively look for and locate the last individuals and their essential habitats. In parallel, we need to empower local communities in the protection and stewardship of sawfishes, guarantee stronger legislation for their safeguard, and raise awareness about sawfish conservation needs among society at large as well as government officials that make decisions about budget allocation and conservation priorities in Mexico.