Foundation
Philosophy
Founder
Achievements
Story
SOSF Projects
Projects
Since 2003, the Save Our Seas Foundation has supported and funded over 300 research, conservation and education Projects worldwide
Project leaders
The Save Our Seas Foundation supports people who develop the original ideas and act as drivers of the projects in the field and in the lab
Partners
The Save Our Seas Foundation supports some key longterm Projects that tackle ecosystem based issues or problematics that cannot be resolved within a few years
Sponsorships
Learn about the long the Save Our Seas Foundation's sponsorships of outreach and education efforts around the world.
Project leader blogs
Read the news about our Projects written by our Project Leaders often from the field, and discover their incredible lives and stories through their own words and images
SOSF Centres
SOSF Shark Education Centre
Cape Town, South Africa
SOSF D'Arros Research Centre
D’Arros Island & St-Joseph Atoll, Seychelles
SOSF Shark Research Center
Dania Beach, Florida, USA
SOSF Grants
Funding applications
Informations about applications
Funding guidelines
Our guidelines on funding projects
Funding FAQ
Frequently Asked Questions - Here you will find the answers to most questions you may have
News
Global News
Find all our News regrouped in one space
Ocean News
The Save Our Seas Foundation team reports on the latest ocean stories from around the world
Project leader blogs
Our funded project leaders tell their own stories
Scientific Publications
Conservation Strategies
Conferences & Upcoming Events
Find the dates and locations of the most relevant upcoming scientific conferences on Elasmobranchs
Ocean News

In a world first, scientists have decoded the genome – the complete set of genes – of the white shark Carcharodon carcharias. The findings, published in the journal Proceedings of the National Academy of Sciences, give us clues as to why these sharks have survived so successfully over millennia. The completed genome was compared to those from several other animals, including the whale shark and humans. The findings suggest that sharks have evolved to be more resilient than we are to cancers, and to several other age-related diseases that typically affect humans. The study adds another big piece in the ongoing puzzle to uncover the secrets of these important predators. The authors of the study say that, aside from the potentially significant biomedical insights, this kind of information builds on our understanding of white sharks as complex, highly adapted creatures and adds to what we need to know to manage their populations better. 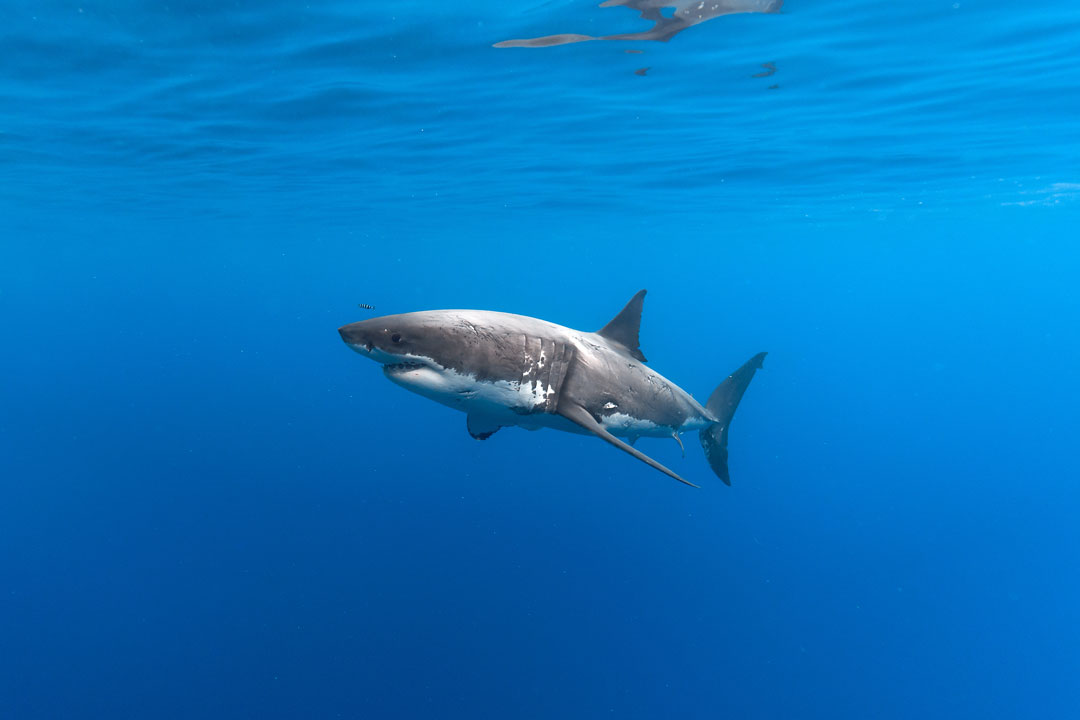 Researchers from Nova Southeastern University’s (NSU) Save Our Seas Foundation Shark Research Center and Guy Harvey Research Institute (GHRI), Cornell University College of Veterinary Medicine, and Monterey Bay Aquarium, found that the white shark genome is large – one and half times bigger, in fact, than our human genome! Most importantly, the researchers found particular changes in genes linked to maintaining “genome stability”; that is, those genes that combat damage to DNA over time. 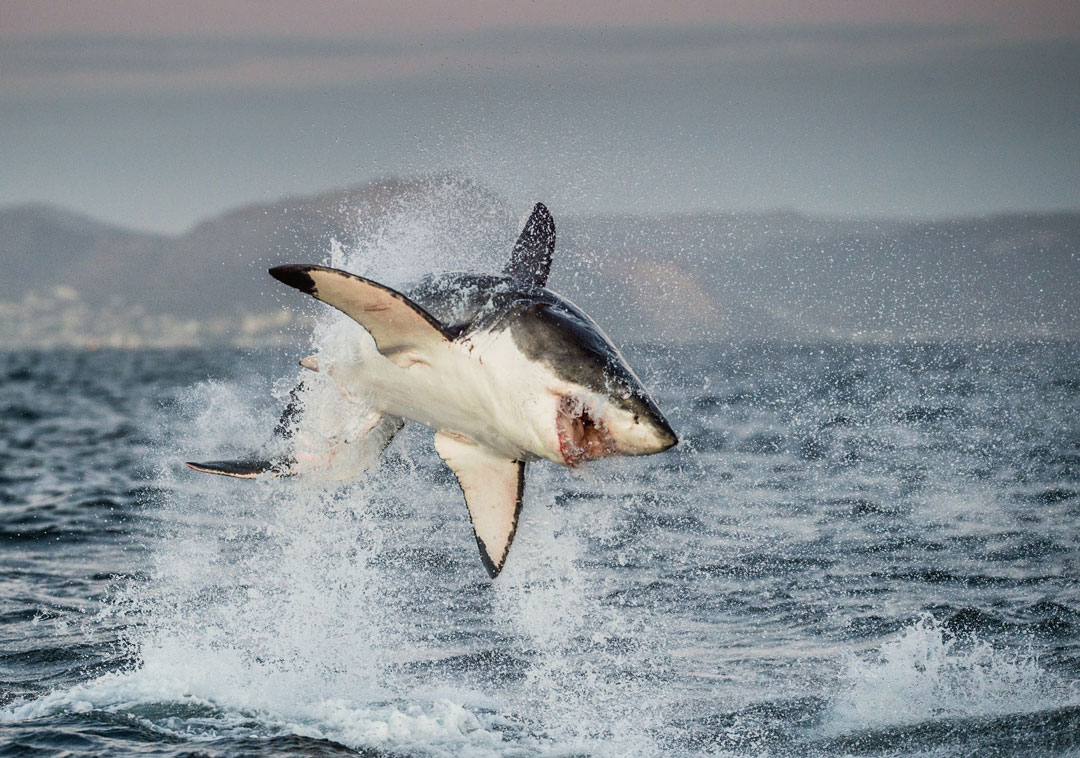 White sharks show several characteristics that not only make them fine-tuned to their environment but may have a bearing on how we understand and manage human diseases in the future. Specific changes in those genes linked to DNA repair, damage response and damage tolerance suggest that these sharks have evolved to be more resilient to the kind of diseases that result from accumulated DNA damage. In human-beings, cancer and age-related diseases are the result of DNA damage: this is called genetic instability. “Not only were there a surprisingly high number of genome stability genes that contained these adaptive changes, but there was also an enrichment of several of these genes, highlighting the importance of this genetic fine-tuning in the white shark,” said Dr. Mahmood Shivji, director of the Save our Seas Foundation Shark Research Center and GHRI, quoted in a press release for Nova Southeastern University. Genome stability is important in the ageing process, where damage to cells accumulates over time. Navigating bacteria-laden seas, sharks recover quickly from wounds. Now scientists can see that several important tweaks have adapted the genes in white sharks that are linked to rapid wound healing, including a blood-clotting gene. These animals are honed right from the molecular level of their DNA to survive and thrive in our oceans. Interestingly, while sharks are thought to have an excellent sense of smell (something they’d need to succeed as predators), Dr Shivji and his co-authors found very few olfactory genes. What they did see was an expanded selection of vomeronasal genes, which points to some alternate way that sharks are perceiving smell in their ocean environment.

Now that scientists have identified the location in the white shark genome for the adaptations for genome stability, wound healing and smell are located, their study can be used to compare against other genomes that are sequenced in the future and help explain the differences between different species.

The paper is available online here. 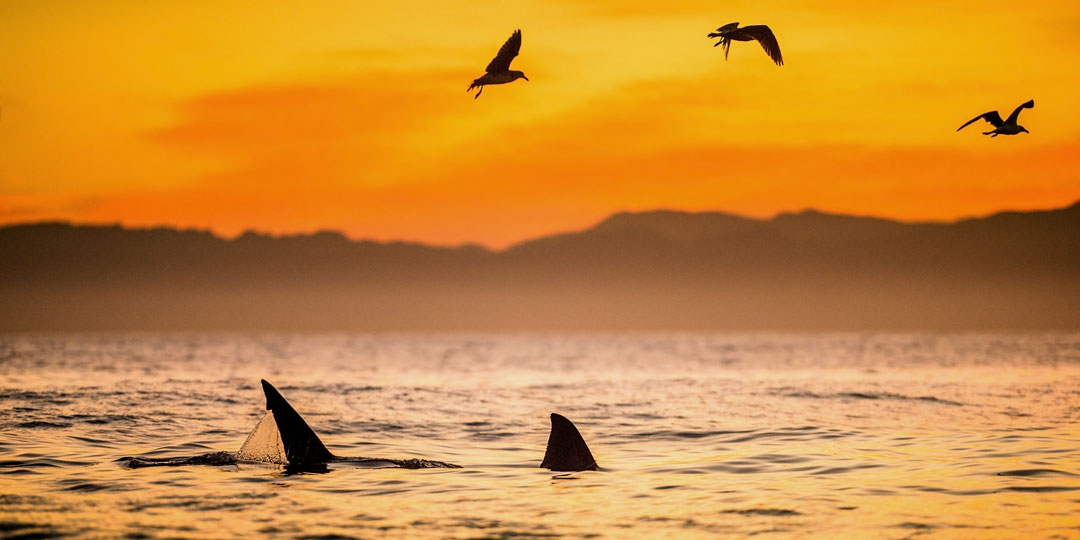