Shark-like rays are some of the most threatened species in our oceans, but surprisingly little is known about most of them. In many cases, critical baseline data is needed to know where we might still find these species, how their populations are faring and understand how they live out their secretive lives. SOSF is funding 12 projects focused on bringing these oft-ignored rays to light, to better manage their dwindling populations and inform policies for their protection. 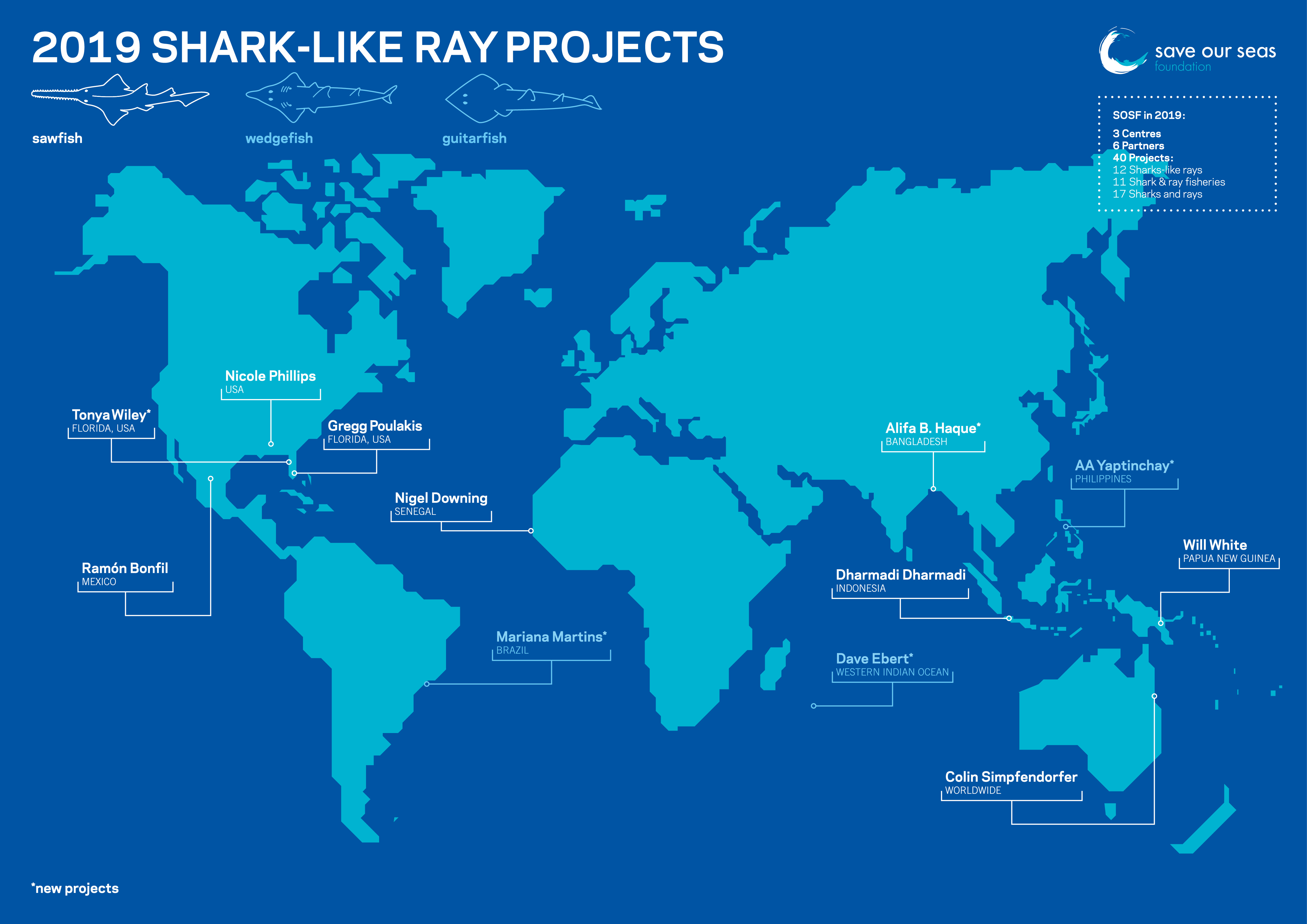 Ramón Bonfil is using new technologies and a multidisciplinary approach to find and eventually protect Mexico’s smalltooth and largetooth sawfishes.

Dharmadi will run a baseline study to assess where sawfishes can be found and how many are left in Indonesia.

More than 40 years since discovering a shark and ray nursery ground in Senegal, Nigel Downing is returning to investigate if indicators that the sawfishes in the region are all but extinct are true.

Dave Ebert is untangling their taxonomy, getting to know where shark-like rays live and investigating their fisheries status in order to inform better conservation strategies.

Alifa Haque is training local fishers in Bangladesh to help map where these four Critically Endangered sawfish species were found and what habitat is essential for their survival today.

Mariana Martins is looking at what heavy metals and contaminants are accumulating in endangered angelsharks and guitarfishes.

By analysing rostrum samples from around the world, Nicole Phillips is investigating the genetic health of largetooth and green sawfishes and will estimate how much genetic diversity was lost during the declines sustained by these species.

Gregg Poulakis will use environmental DNA (eDNA) to track sawfishes in Florida to determine whether they still past nursery areas and learn about their range and whether it is expanding.

Colin Simpfendorfer is working with sawfish experts around the world to undertake a global sawfish survey using environmental DNA (eDNA).

Tonya Wiley is searching for clues in Tampa Bay, the first place where recovering sawfish populations would extend their range north.

William White hopes to identify where sawfish can still be found in Papua New Guinea and how they fit into the local culture and economy.

AA Yaptinchay is trying to close the information gaps for bottlenose wedgefish and other rhinid species to help inform better management for these species.