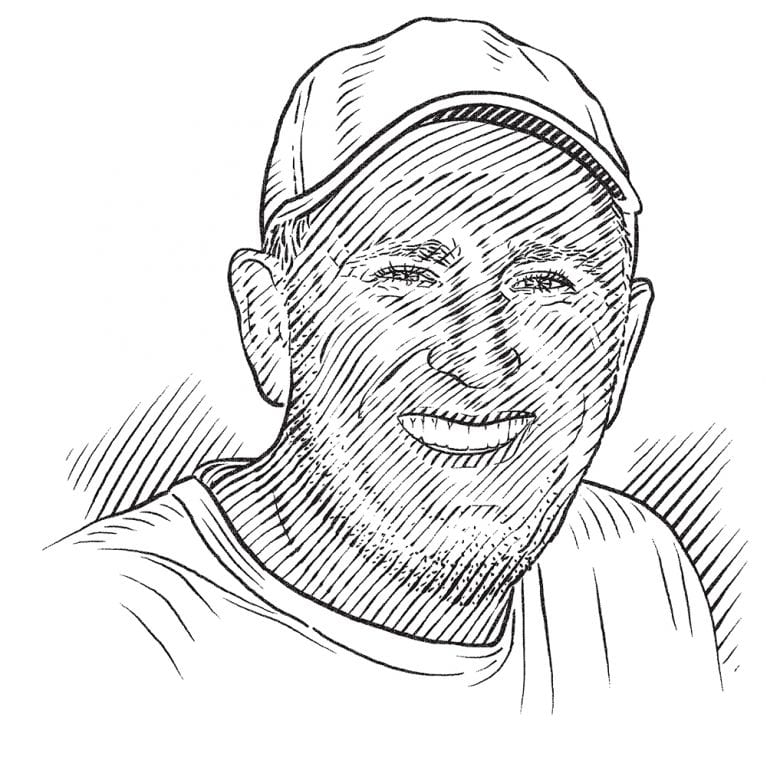 I grew up exploring tide pools, fishing and snorkelling along the west coast of Australia. At age nine I announced to my family that I was going to be a marine biologist. That started a life-long journey of discovery and adventure with the ocean. I studied at James Cook University in Queensland, first for my Bachelor’s degree and then PhD. Along the way, the opportunity to research sharks and rays presented itself Since then, elasmobranch have been the primary focus of my career for 30 years.

It was during my PhD in the late 1980s that I caught my first sawfish... 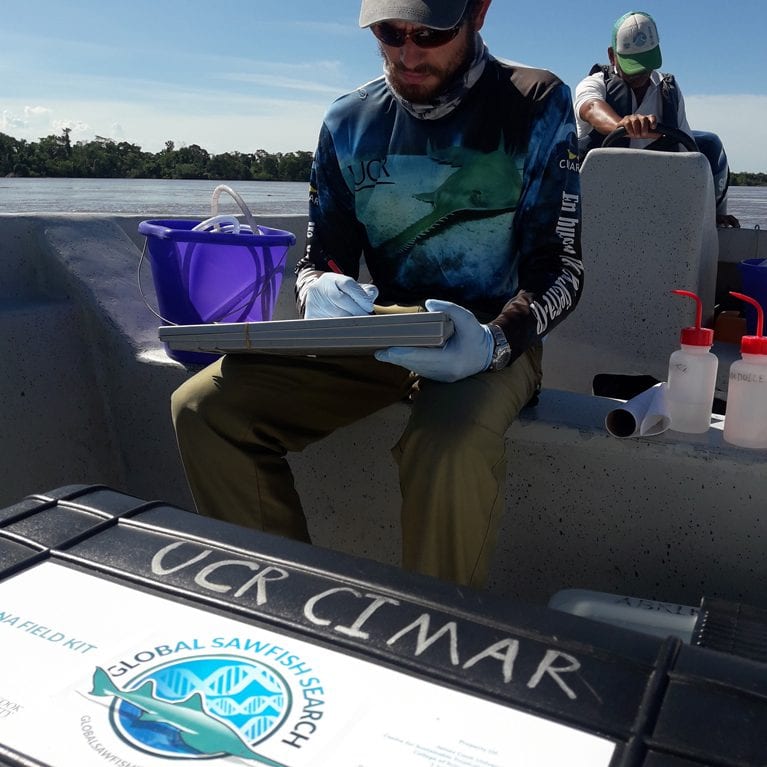 Fishing for eDNA: retracing Thorson’s sawfishes 40 years later
The identification of two main sawfish hotspots in Costa Rica has made it a key site for the Global Sawfish Search project to undertake surveys using environmental DNA (eDNA). One of the most important hotspots in Costa Rica is in the Northern region, an area…

Are Myeik’s thriving mangroves a safe haven for sawfish?
The Myeik Archipelago, located in the southern tip of Myanmar, is comprised of hundreds of islands and contains some of the best-preserved mangrove forest that we had seen in our journey through parts of South East Asia searching for sawfish. During this trip, the Global…

Reflections on the role of international trade in conserving sawfish
I was recently at the Convention on International Trade in Endangered Species (CITES) conference of parties in Geneva as a member of the IUCN delegation. These meetings happen once every three years, and are where the parties (= countries) decide on if species need to…

Partnerships are a key to success in Global Sawfish Search
When you are searching for the last remaining sawfish on earth, you need a lot of help. Once known from at least 90 countries it is not a job for a small team. These animals, five species in all, have been disappearing from our oceans,… 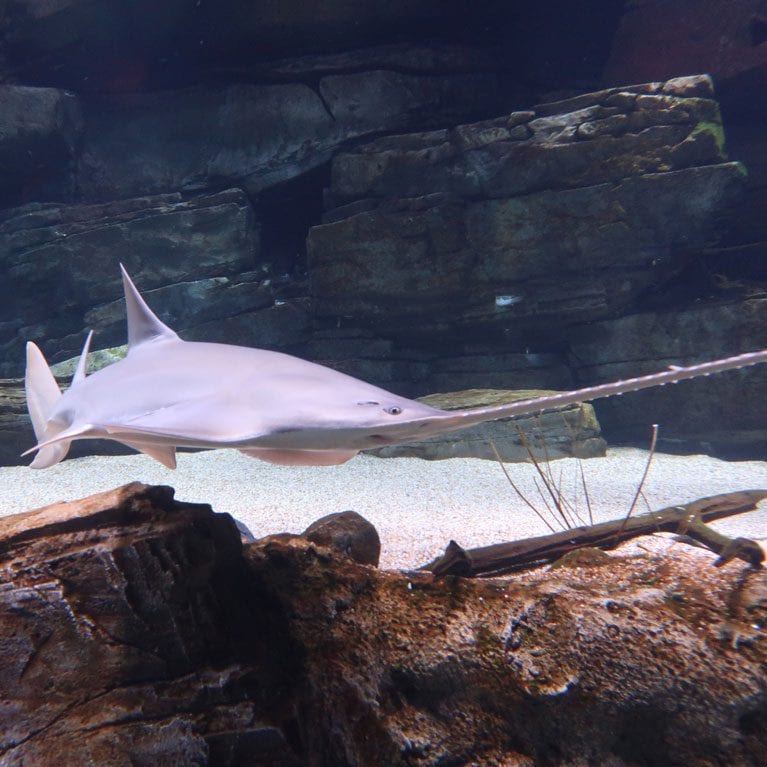 A probe into sawfish occurrence: in the laboratory of Global Sawfish Search
Studying sawfish occurrence at a global scale is challenging given their rarity and the harsh environments they live in. Diminishing sawfish populations are reported in up to fifty percent of countries that were once a habitat for sawfish. The question remains – where do sawfish… 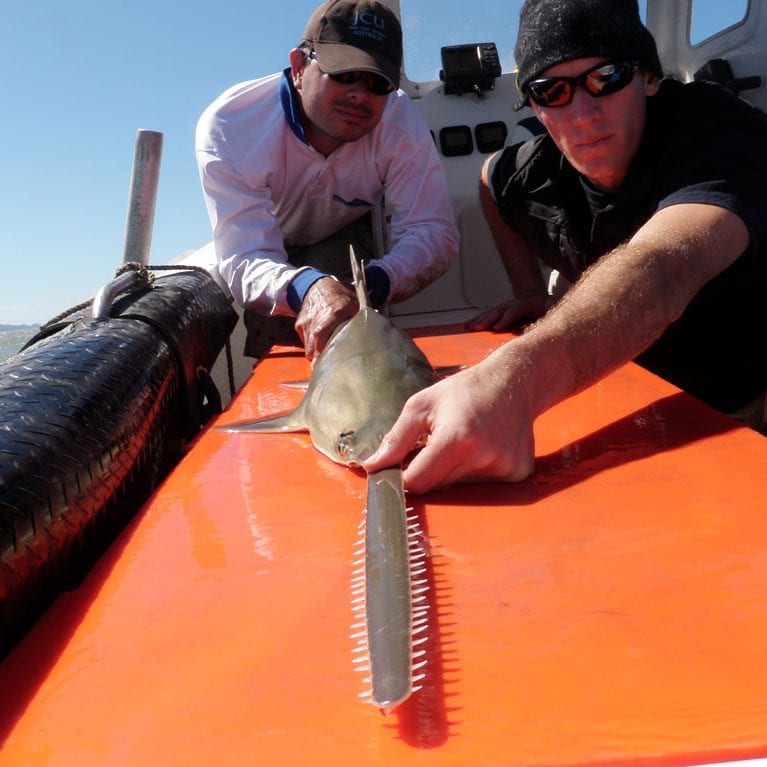 Pass the gloves: chasing narrow sawfish eDNA
As a field biologist who has worked with sharks and rays all over the world I’ve had some amazing experiences, including wrangling 15 foot sawfish in the Everglades, snorkelling with whale sharks off the Yucatan and tagging reef sharks on the Great Barrier Reef. So…
Project details

Sawfishes are considered the most threatened group of marine fishes, with all species on the IUCN Red List as Critically Endangered or Endangered. Sawfishes have disappeared from many countries that made up their historic range because of fishing and habitat loss. As a result of rapid population declines sawfishes are protected by many of their range states, and listed by CITES and CMS. The development of a global conservation strategy identified the need to clearly resolve where populations persist beyond the known refuges of northern Australia and Florida. The rarity of sawfishes, however, makes traditional fishing surveys largely ineffective, unreliable and cost-prohibitive, at the scales needed to locate now scarce individuals. Through a recent local test case in northern Australia eDNA has been demonstrated to effectively survey for sawfish. This successful proof of concept provides the opportunity to conduct broad-scale surveys to resolve the current distribution of all species.

Sawfishes (Family Pristidae) are considered to be globally the most threatened group of elasmobranchs with all five species listed either as Critically Endangered or Endangered by the IUCN Red List of Threatened Species. The decline of sawfish populations is largely a result of their high level of catchability in fishing gear, their occurrence in shallow coastal waters where they commonly interact with human activities, and the high value of their fins and saws (which mean they are rarely released unharmed). In addition, habitat modification such as damming of rivers and loss of mangroves have also played a role in the declines. At present sawfish populations appear to be relatively safe in only two locations – northern Australia and Florida. In these locations national protection, effective management of threats and ongoing monitoring have enabled populations to stabilise or even recover.

A recent analysis of the distribution of sawfish species demonstrated that all are extinct in significant parts of their historic ranges (30 – 81% decline in area of occurrence, depending on species), with 20 countries having lost all of their sawfishes, and 43 countries having lost at least one sawfish species. This analysis also demonstrated that there are many countries where the status of sawfishes remains uncertain. The lack of data on their current occurrence and distribution makes their conservation significantly more difficult because it is hard to know where to focus limited conservation resources to ensure that sawfish are not lost from more countries and to start recovering them in areas where they remain.

Traditional approaches to surveying and monitoring sawfish populations involve fishing surveys of potential habitats, and can be manually intensive and costly. This makes undertaking a global survey using these techniques prohibitively expensive and time consuming. New molecular approaches to surveying water bodies (rivers, estuaries and oceans), however, make broad global scale surveys more feasible. The most common approach currently being developed is environmental DNA (eDNA) where water samples are filtered and assayed for fragments of a specific species’ DNA. This technique is becoming more widely used for research and monitoring of pest, invasive and threatened species because of its cost- effectiveness and reliability. We recently demonstrated that this approach can be used to detect sawfish in the flood plain waterholes in northern Australia. This study has demonstrated the potential for this approach to be used to deliver greatly improved information on the occurrence and distribution of sawfish at large spatial scales.