Habitat loss and overfishing have heavily impacted sawfish population numbers throughout the world. Today, all five species of sawfish are listed as either endangered or critically endangered by the International Union for Conservation of Nature. To make a lasting impact on the health of sawfish populations, SOSF is currently investing in 11 research and conservation projects globally to gather data and educate the world about this critically endangered family of fish. 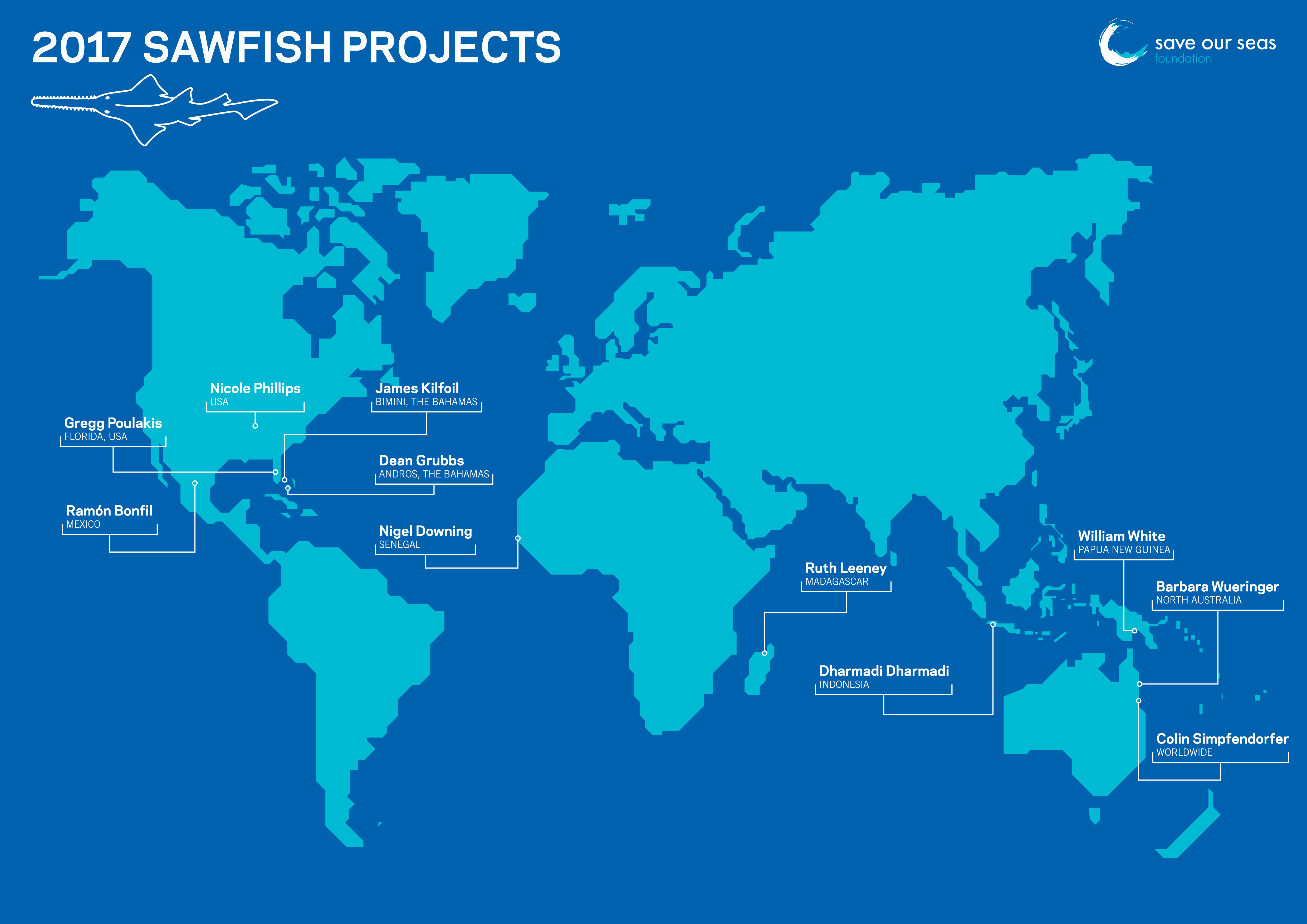 To learn more about SOSF’s commitment to sawfish research and conservation, explore our current projects below:

Ramón Bonfil is using new technologies and a multidisciplinary approach to find and eventually protect Mexico’s smalltooth and largetooth sawfishes.

Dharmadi will run a baseline study to assess where sawfishes can be found and how many are left in Indonesia.

More than 40 years since discovering a shark and ray nursery ground in Senegal, Nigel Downing is returning to investigate if indicators that the sawfishes in the region are all but extinct are true.

Dean Grubbs aims to understand a rare healthy community of sawfishes discovered off Andros Island in The Bahamas in order to protect them.

James Kilfoil will explore the use of drones as a safe and non-invasive way of studying sawfish in the Bahamas.

Ruth Leeney aims to unravel the mystery of sawfishes in one of the world’s most unusual and unexplored ecosystems, Madagascar.

By analysing rostrum samples from around the world, Nicole Phillips is investigating the genetic health of largetooth and green sawfishes and will estimate how much genetic diversity was lost during the declines sustained by these species.

Gregg Poulakis will use environmental DNA (eDNA) to track sawfishes in Florida to determine whether they still past nursery areas and learn about their range and whether it is expanding.

Colin Simpfendorfer is working with sawfish experts around the world to undertake a global sawfish survey using environmental DNA (eDNA).

William White hopes to identify where sawfish can still be found in Papau New Guinea and how they fit into the local culture and economy.

Barbara Wueringer is investigating the role of sawfish within the Northern Australia ecosystem and is working with citizen scientists to raise awareness about this critical habitat.