Foundation
Philosophy
Founder
Achievements
Story
SOSF Projects
Projects
Since 2003, the Save Our Seas Foundation has supported and funded over 300 research, conservation and education Projects worldwide
Project leaders
The Save Our Seas Foundation supports people who develop the original ideas and act as drivers of the projects in the field and in the lab
Partners
The Save Our Seas Foundation supports some key longterm Projects that tackle ecosystem based issues or problematics that cannot be resolved within a few years
Project leader blogs
Read the news about our Projects written by our Project Leaders often from the field, and discover their incredible lives and stories through their own words and images
SOSF Centres
SOSF Shark Education Centre
Cape Town, South Africa
SOSF D'Arros Research Centre
D’Arros island & St-Joseph Atoll, Seychelles
SOSF Shark Research Center
Miami, Florida
SOSF Grants
Funding applications
Informations about applications
Funding guidelines
Our guidelines on funding projects
Funding FAQ
Frequently Asked Questions - Here you will find the answers to most questions you may have
News
Global News
Find all our News regrouped in one space
Ocean News
The Save Our Seas Foundation team reports on the latest ocean stories from around the world
Project leader blogs
Our funded project leaders tell their own stories
Scientific Publications
Conservation Reports
Conferences & Upcoming Events
Find the dates and locations of the most relevant upcoming scientific conferences on Elasmobranchs
Project My earliest memory of the ocean is a little unusual. I was on a family beach holiday in the UK when I was faced by this enormous, deafening wall of water and ran away as fast as my little legs would carry me, crying my eyes out. My parents’ response to this behaviour was to pick me up, and throw me straight in at the deep end (pun intended!) – no messing about, and I can’t thank them enough for it!

Growing up, I read endless books about wildlife, and the ocean, eager to know everything there was to know. Then... 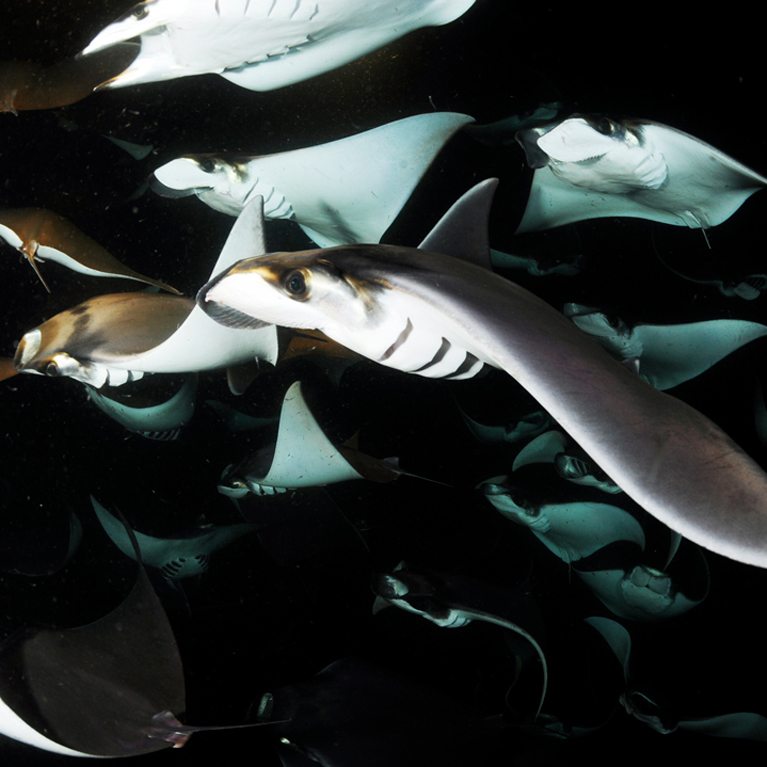 Why science and policy should talk to each other
This past year has flown by for the global mobulid genetics project. Some of the highlights for me have been delving into sequence data for all manta and devil ray species, conducting field work in Fiji (and in the process seeing my first real-life mantas!),…
Why should we care about marine life? A researcher’s perspective
I have just come to the end of the first year of my PhD, studying manta and devil rays and developing genetic tools for their conservation. I’ve been interested in understanding and preserving marine life for as long as I can remember and something that…
Manta Rad
The past couple of months have been particularly busy for the Manta Genetics Project. Aside from presenting at a conference for the first time (Fisheries Society of the British Isles, Plymouth), where I was fortunate enough to meet many of the people who have provided…
Lessons in the laboratory
It’s a standard Monday morning when I walk into the lab for the first time since starting my PhD on the genetics of manta and mobula rays. Machines are whirring away around me and all the other PhD students and researchers are super busy with…
Project details

To use novel genetic tools to better understand, conserve and manage manta rays.

Manta rays play a key role in marine ecosystems and are of great value to humans, therefore it is vital that we use these powerful genetic techniques to better understand manta ray biology and further support their long-term conservation and management.

Manta rays are some of the most beautiful and charismatic animals in our oceans and yet we know relatively little about how they came to be here and how they are likely to respond to the increasing threats being put on them.

There are two species of manta rays currently described: Manta alfredi, which leads a resident lifestyle around reefs and atolls, and Manta birostris, which leads a more migratory lifestyle, often crossing international borders. Both species present two colour-morphs – black and chevron – that are found at differing frequencies across the globe. Little is understood about the molecular basis for speciation and morphological variation of manta rays, yet in the face of increasing global fishing pressure and climate change this is vitally important to understand.

It is now possible to address such questions using next-generation DNA sequencing technologies and bioinformatics. These techniques allow us to sequence and understand more genetic data than ever before, giving us a much better understanding of how species evolve and adapt. In doing so, populations with local genetic adaptations can be identified and subsequently prioritised for conservation due to their increased potential to adapt to environmental change.

This project is one of the first to make the transition to conservation and adaptation genomics in the elasmobranch realm, and it will inevitably help to fill the striking gaps in available elasmobranch sequence data. Not only will this data help to answer questions about manta rays, it will also equip elasmobranch geneticists worldwide with a powerful set of tools for advancing their research goals.

Getting to the bottom of by-catch