Why science and policy should talk to each other

This past year has flown by for the global mobulid genetics project. Some of the highlights for me have been delving into sequence data for all manta and devil ray species, conducting field work in Fiji (and in the process seeing my first real-life mantas!), speaking at various conferences and attending the Convention on the International Trade in Endangered Species (CITES) conference. Many of these activities have got me thinking about how science and policy interact: scientists are often too busy to speak with policy-makers or feel that doing so is unlikely to make a difference, while for politicians science is too far down their list of priorities. However, I want to talk about why it is important for the two spheres to come together, which is entirely necessary for effective conservation. The best management systems are informed by good science, which is implemented into policy. This in turn is monitored, or perhaps even enforced, with more good science, and the policy is tweaked as a result. 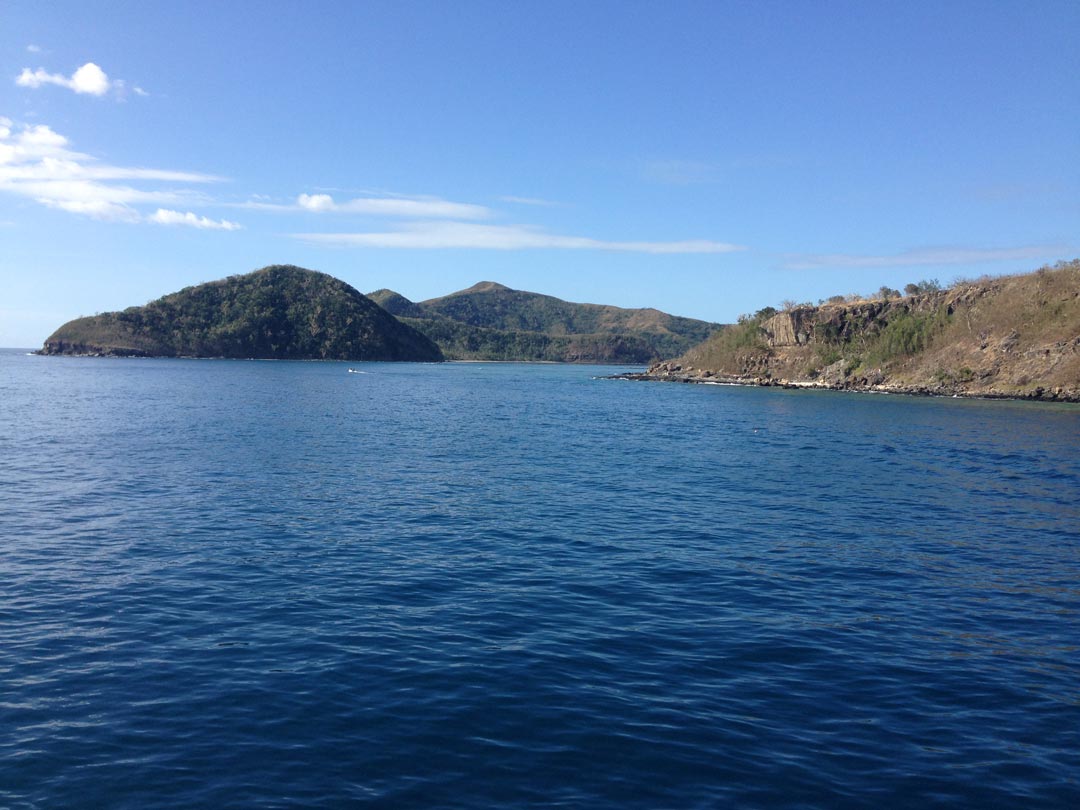 An example of this that I have seen at first hand is the regulation of the Manta Channel in the Yasawa Islands, Fiji, where tourists come from all over the world to snorkel with manta rays feeding in such a beautiful setting. This site is in the process of becoming a marine park, with marine biologists based in the area advising the government and local stakeholders on matters such as numbers of boats, boat-free areas and tourist briefings and conduct in the water, all based on the data they’ve collected over a number of years. This advice is critically important to ensure that the tourism industry is not detrimental to the mantas that use this site, so that people can continue to come and tick these iconic animals off their bucket lists. 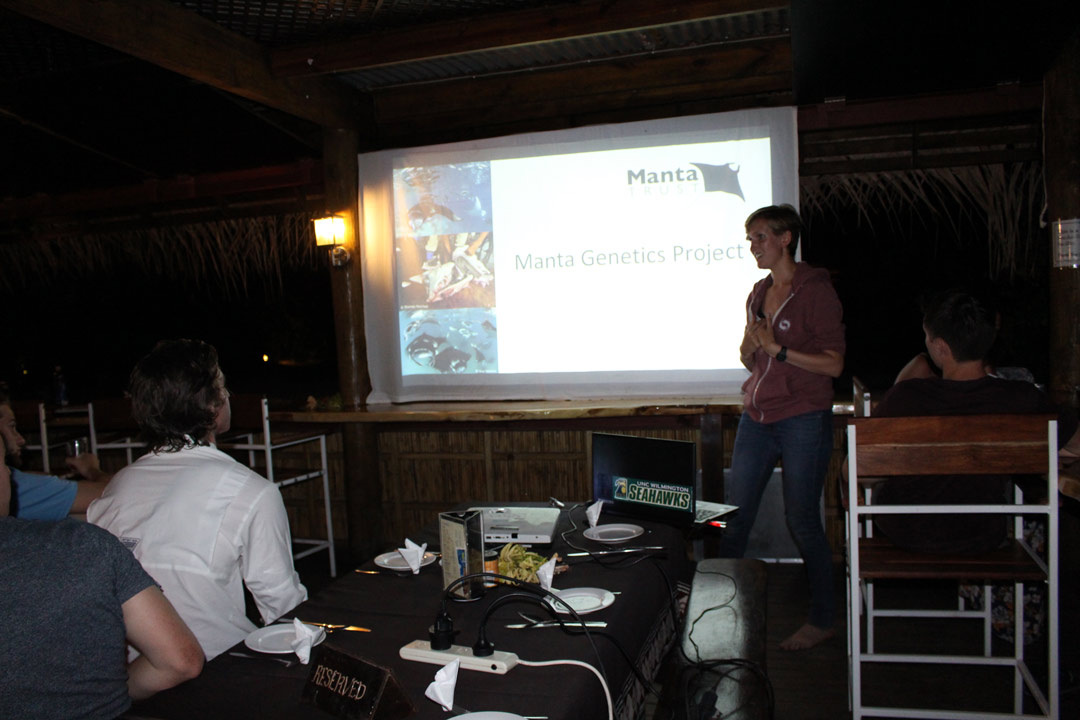 As if field work in Fiji wasn’t enough, in September I was lucky enough to attend the CITES CoP17 in South Africa, where a proposal put forward by the government of Fiji to list all devil ray species on Appendix II was considered. If successful, it would mean that devil rays would gain the same protection as manta rays and the unsustainable trade in their gill plates would be regulated. For someone who spends most of her time in a lab wearing a white coat, this was a fantastic opportunity to talk to people from around the world about how my science could be used to help with problems faced when implementing regulations such as those of CITES. 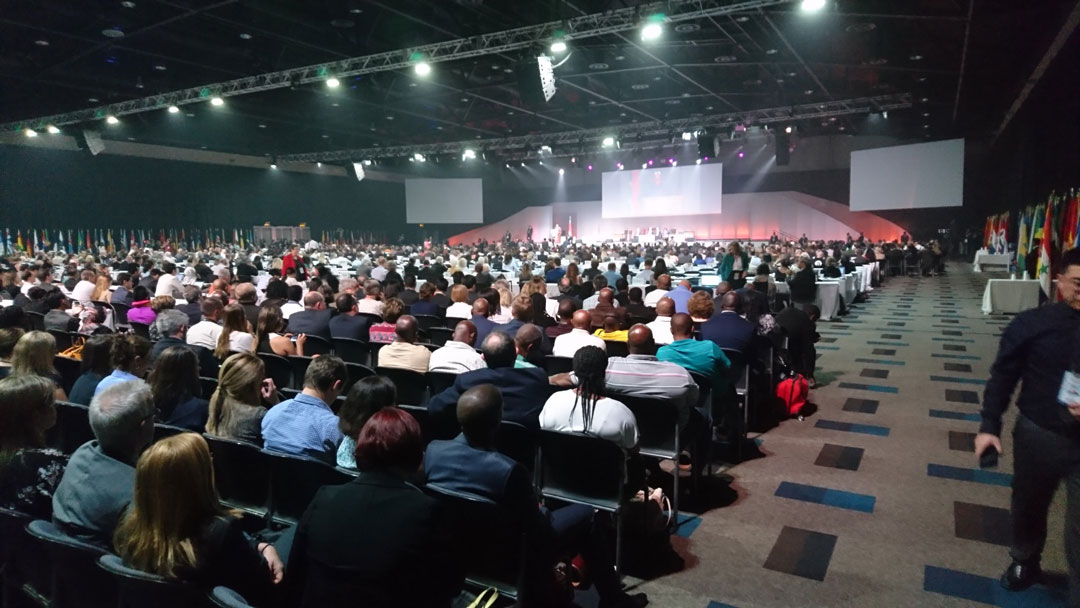 One of the main problems relating to the inclusion of manta and devil rays on a CITES Appendix is identifying which species a gill plate has come from. It’s very clear that high on the wish list of those on the frontline against the illegal trade in wildlife is some sort of tool that would help them to identify a wildlife product to species level quickly, easily and cheaply. Fortunately, this is exactly what I’ve been working towards for manta and mobula rays for the past couple of years. At the moment, this tool will most likely be in the form of a small chip that can be used on pieces of DNA in a laboratory setting and would give us information about the species that the DNA comes from. It could therefore be used to figure out which species an illegal gill plate came from and would enable us to collect data about the species and regions that are most targeted.

However, I am increasingly being asked whether and when a hand-held tool will be available that could identify a species instantaneously. Well, sequencing technologies are getting smaller and smaller and sample preparation is getting simpler and simpler. There is already a sequencer on the market that is no bigger than a thumb drive. Who knows, if we make the manta- and devil-ray species-specific genetic data we’re working towards available and if these sequencing technologies continue to improve at the current rate, maybe you have your hand-held device right there.
Oh, and if you’re wondering, the proposal for the devil rays was upheld in a vote involving delegates from countries across the globe. Broadly speaking, this means that all gill plates traded are now illegal. It’s great not just for the devil rays, but for the mantas too, as it’s no longer possible to hide their gill plates among shipments of devil ray gill plates – a massive win for marine conservation! 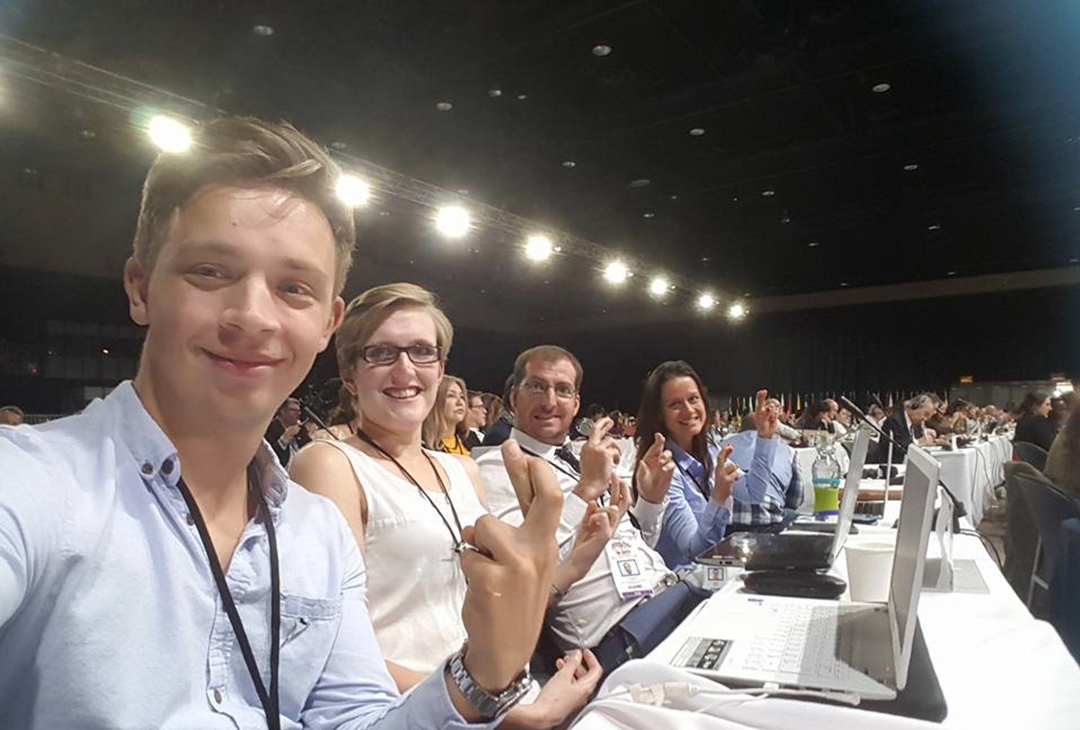