Mediterranean diet: are rays on the menu? 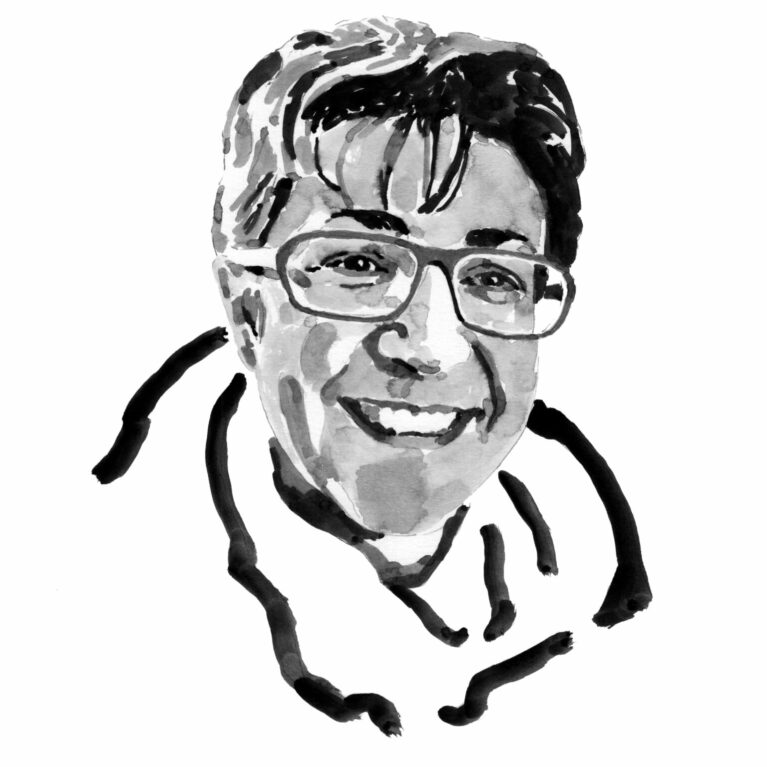 My summer memories would always include water games and a daily fishing competition with my grandfather on our little boat. I consider myself extremely lucky to have lived in Thrace, an area with different cultures and flavours that have accompanied me through my life. Mixtures became the motto of my life, and becoming a chemist was the only natural thing to do. However, I soon realised that molecular biology would allow me to combine my previous experiences with my interest in the sea. I was offered a unique opportunity to work with great white sharks during my PhD studies and... 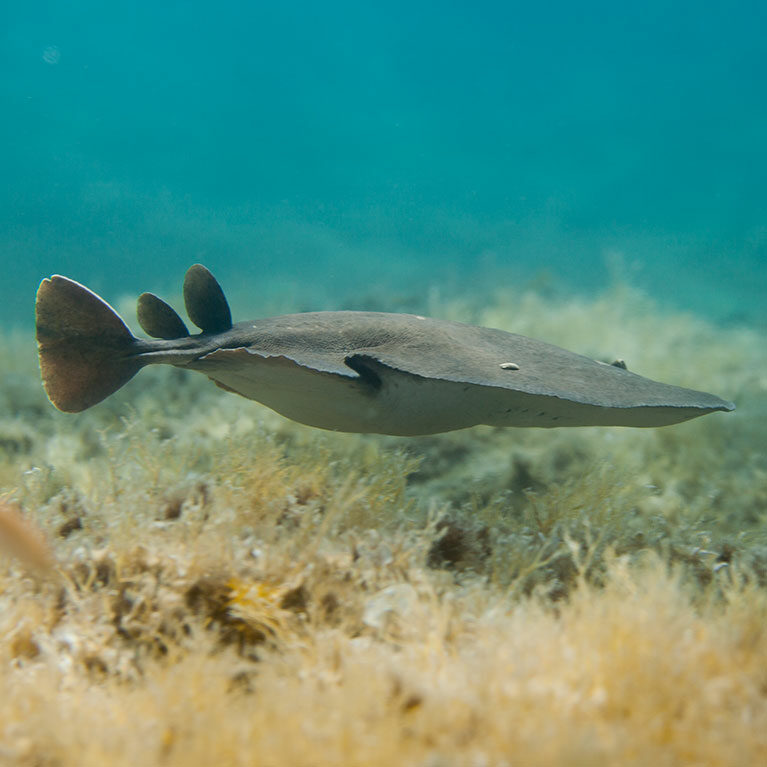 The life of the marbled electric ray
Elasmobranchs are facing many threats over the past 20 years, with sharks getting most of the scientific attention due to their rapid population decline. Batoid fish have been under investigation only recently and efforts to fill any knowledge gaps on their biology and distribution are… 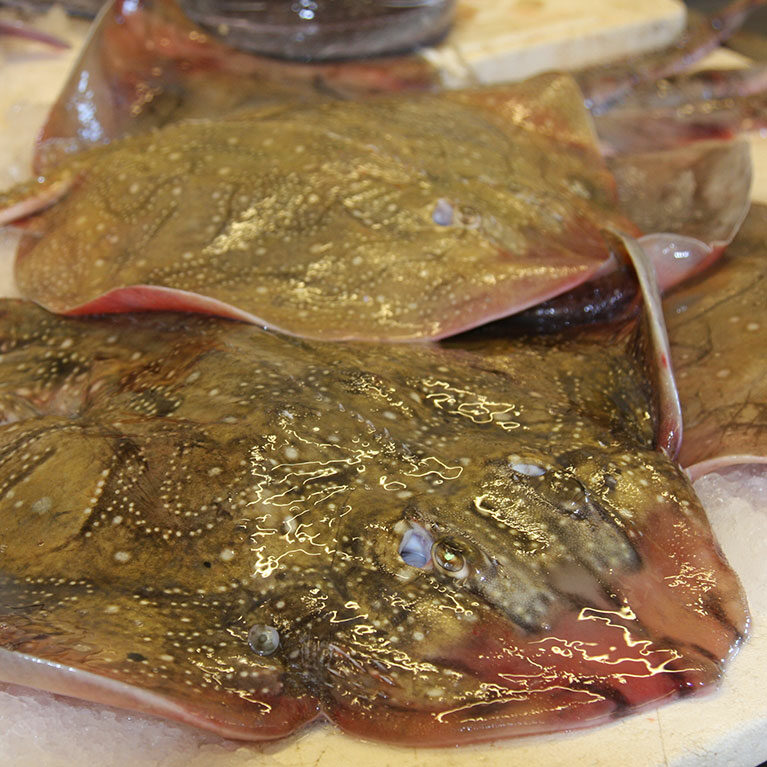 Batoids on your plate
An increasing number of elasmobranch species are protected by international, European and/or Greek laws, however, many populations are declining, and overfishing appears to be the principal threat. Batoids specifically, are commercially exploited for their wings as this is the most common form you can find… 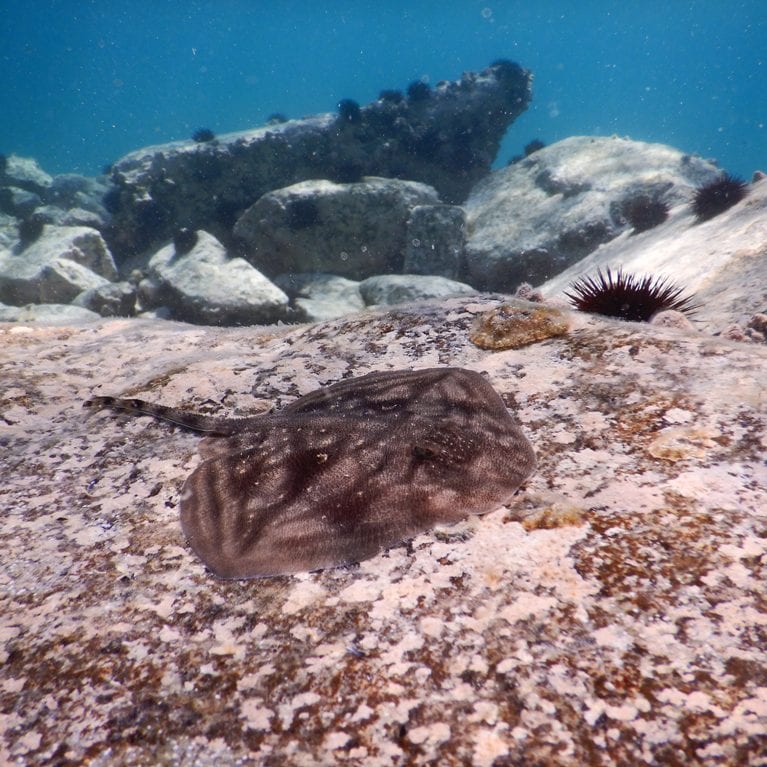 Mini-barcoding batoids
Batoids – commonly known as rays – are notoriously difficult to identify morphologically to species level; just look at how many taxonomic reshuffles have taken place within this superorder. It’s virtually impossible to identify a ray from just a ‘wing’ or a ‘gill raker’, which… 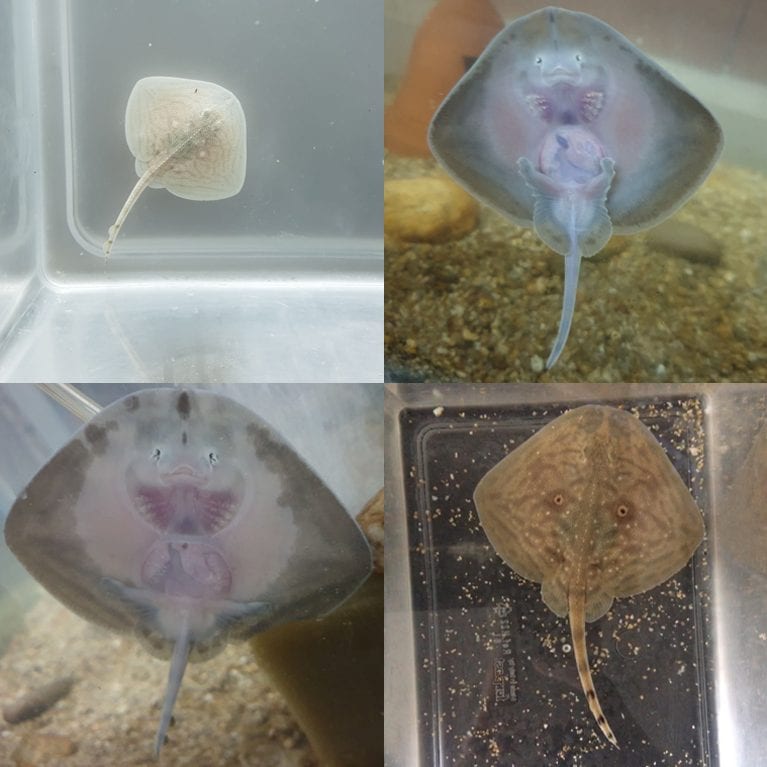 Baby rays return to the sea
Coming to the Fisheries Research institute [FRI] to collaborate on the juvenile ray development project was an amazing opportunity, providing invaluable experiences in the field. In the previous article “Rough start for little rays!”, we described the process of obtaining Raja radula egg cases (the…

Surveying for chondrichthyans in the North Aegean
The Fisheries Research Institute spent over a month and 2 different crews on a trawler at the North Aegean Sea (Greece) fishing across different sites of depths (Fig. 1). The expedition, a part of the Mediterranean International Trawl Surveys (MEDITS), takes place every year during… 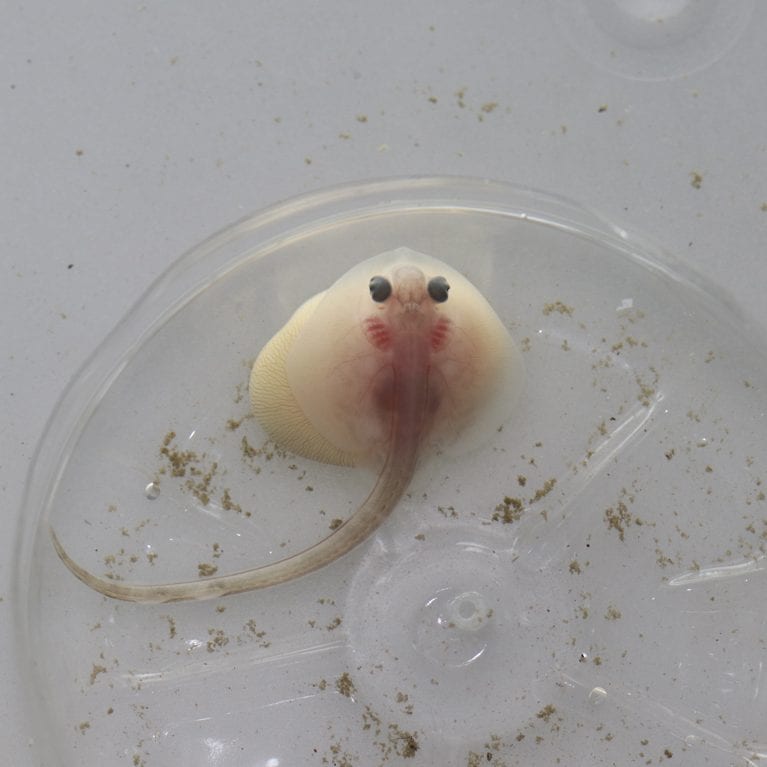 Rough start for little rays!
During our sampling expeditions for the project ‘Batoids on your plate’, we noticed the presence of pregnant females of the endemic rough ray (Raja radula) in the North Aegean. The first egg cases (or mermaids’ purses) were collected on 15 March from females caught in…
Project details

Batoids on your plate: Species composition of the Mediterranean ray trade

This project aims to: i) evaluate the diversity and structure of landed batoids in Mediterranean fish-markets using DNA barcoding, ii) provide lengths at maturity and conversion factors estimates of various species to extrapolate catch/biomass from commercial fisheries, and iii) encourage conservation and management initiatives of vulnerable populations/species.

Batoid (rays and skates) conservation is a complex challenge due to inadequate controls of fisheries at national and international levels. Despite fragmented efforts, these challenges are exacerbated by lack of data on the biology, status, and threats across a range of species and ecosystems. Moreover, ray trade is a major driver of batoid exploitation in fisheries, which unfortunately is not managed on a species-specific basis. Analyses of batoid skinned products are tools that hold great potential for supporting conservation efforts, as unravelling their occurrence and contribution to fishing activities (bycatch and/or targeted) is critical to management and conservation of these species. This project aims to identify all landed batoid species, which will form the basis for a future understanding of the effects of fishing practices and potential illegal, unreported and unregulated fishing on vulnerable marine groups.

Difficulties in identifying species due to inaccurate morphology species identification keys are not uncommon among batoids, hindering their conservation and management (Frodella et al., 2016). Such issues are exacerbated by the similar morphology and over-lapping ranges shared by many species (McEachran & Dunn, 1998), and further complicated by the ability of batoids to hybridise (Frodella et al., 2016). Moreover, Mediterranean batoids are a poorly studied group, particularly the endemic species, making them prone to high extinction rates. The lack of species specific catch and trade data (Dulvy et al., 2000), as well as the inability of correct species identification, have serious impacts on stock assessment analyses (Dulvy et al., 2003), allowing the potential declines and extinctions on local populations and/or species (Iglésias et al. 2010). Such trends are already detected in 31 species of elasmobranchs, making the Mediterranean the Sea with the higher proportion of threatened species of sharks and rays in the worlds (Dulvy et al., 2014).

Elasmobranchs are not speciﬁcally targeted by European ﬁsheries in the Mediterranean (Ferreti & Myers, 2006), however they remain an important by-catch and a popular dish in coastal communities (Steinke et al., 2017). Despite this, batoid meat can be highly prized and sold in markets and fishmongers and is sold as “Vatos” in Greece. In the case of vatos, morphological identification is impossible due to the processing of the fish; all external traits are discarded (e.g. skin, head), and the fins are processed into steaks or fillets. Therefore, identiﬁcation of ray fins requires the application of molecular tools and DNA based identification methods. The goal of this project is to detect what species are landed and channeled to markets in order to identify if the product comes from a threatened species and from an illegal species trade. It also focuses on collecting new data to overcome deficiencies in species specific databases.