The life of the marbled electric ray

Elasmobranchs are facing many threats over the past 20 years, with sharks getting most of the scientific attention due to their rapid population decline. Batoid fish have been under investigation only recently and efforts to fill any knowledge gaps on their biology and distribution are initiated in many parts of the Mediterranean Sea. In Greece, even if they are not directly targeted, skates and rays appear more frequently in fishing markets, making them more vulnerable to overfishing due to their life history characteristics. 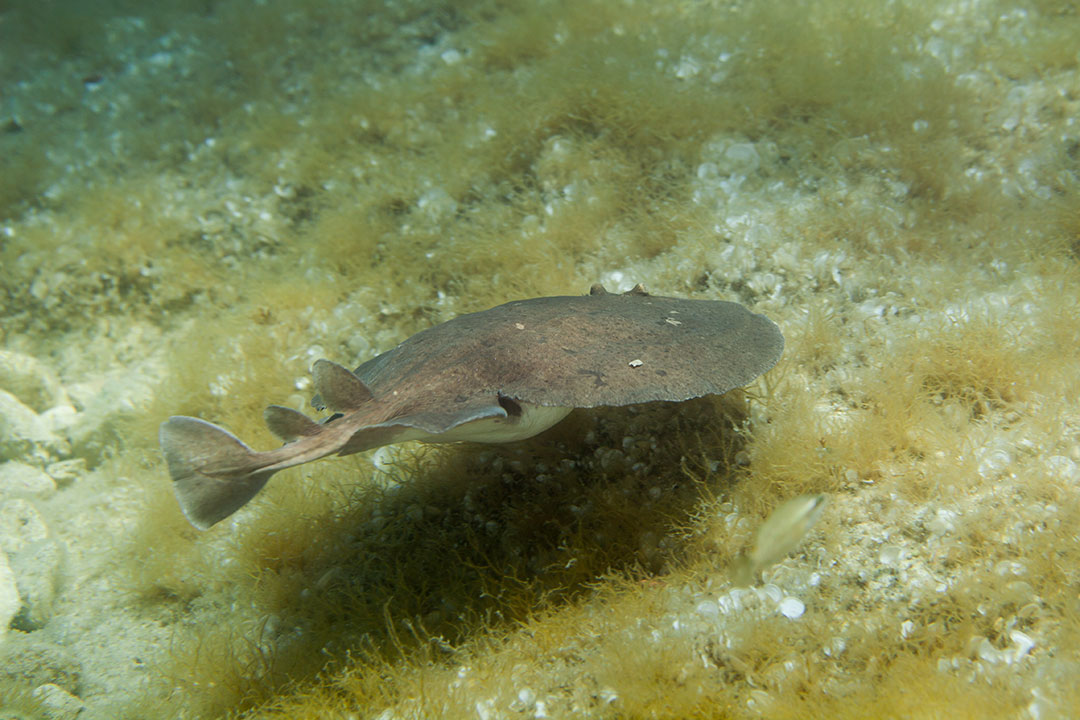 Electric rays have no commercial value but are often caught as bycatch in fishing fleets. The estimated discards in Greek fisheries have reached 98.11% and 99.20% of the species’ total catches in 2019 and 2020, respectively (National Data Collection Program). The biological aspects of the marbled electric ray (Torpedo marmorata) are limited, yet it comprises the most abundant species of all electric rays in the eastern Mediterranean basin. It has been listed as “Data Deficient” in the IUCN Red List of Threatened Species, therefore it was important to investigate its life cycle in the Greek waters, and contribute to its conservation. 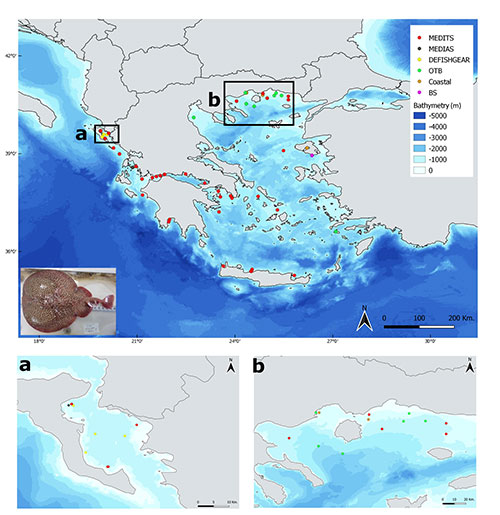 Approximate marbled electric ray sampling sites (circles) from Greece, including the North Ionian (a) and the North Aegean Sea (b).

We collected a total of 244 samples from the Ionian and the Aegean Seas (Figure 1) and compared the sites for differences in length-weight relationships. No differences were detected between the two sampling areas. The length at which 50% of the population was mature was the lowest in the whole Mediterranean, for both female and male rays (26.09 cm in females and 24.11 cm in males; Figure 2). Reproductive aspects were close to those reported from other areas, with female marbled electric rays having a prolonged gestation period, lasting from 2 to 3 years. 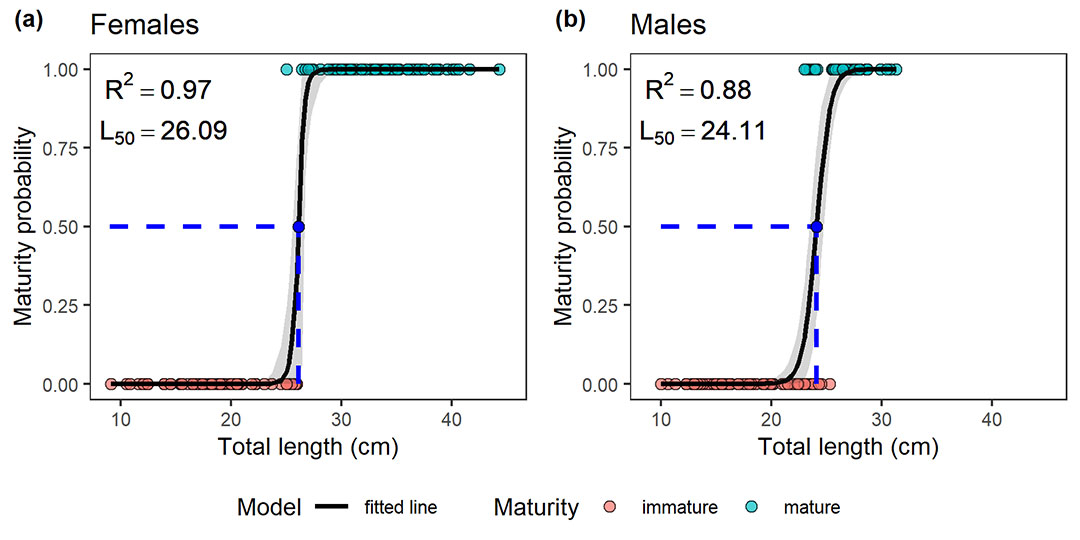 Length at 50% maturity (L50) for female and male Torpedo marmorata from the Ionian and the Aegean Seas.

The feeding preferences of Torpedo marmorata showed that the species is a specialized predator on fish (Teleostei), which occasionally feeds upon Crustacea, Mollusca, and Echinodermata (Figure 3). The specimens examined from the Ionian Sea were found to feed on different types of fish than those collected from the Aegean Sea; yet their preference for Teleostei indicates the species’ high trophic level in the Mediterranean, and highlights the need to cover the knowledge gap for this top predator. 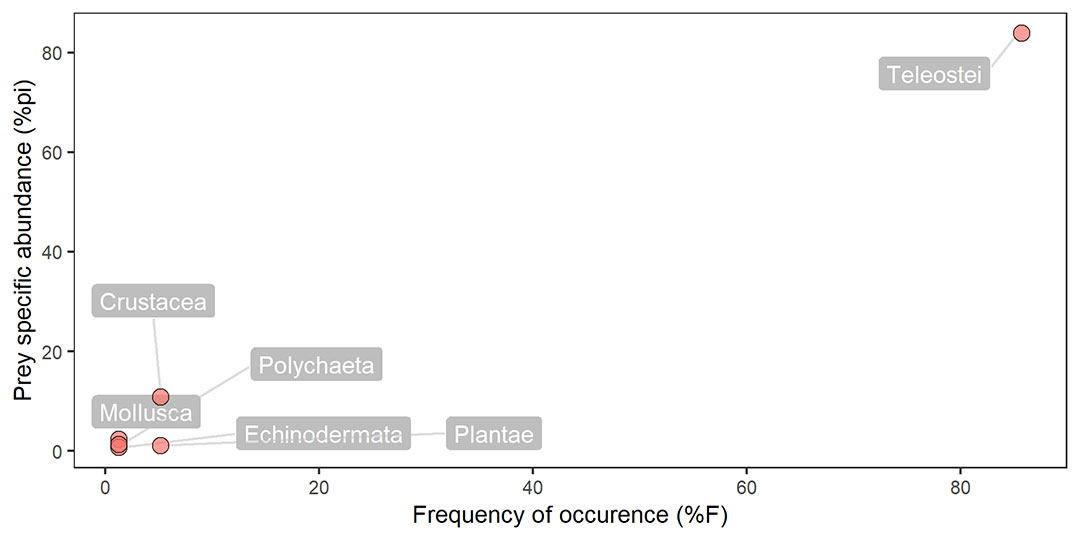 Feeding strategy diagram for Torpedo marmorata caught in the Ionian and the Aegean Seas.

Special thanks to local fishermen from Kavala, Lesvos and Rhodes islands for assistance in the field.