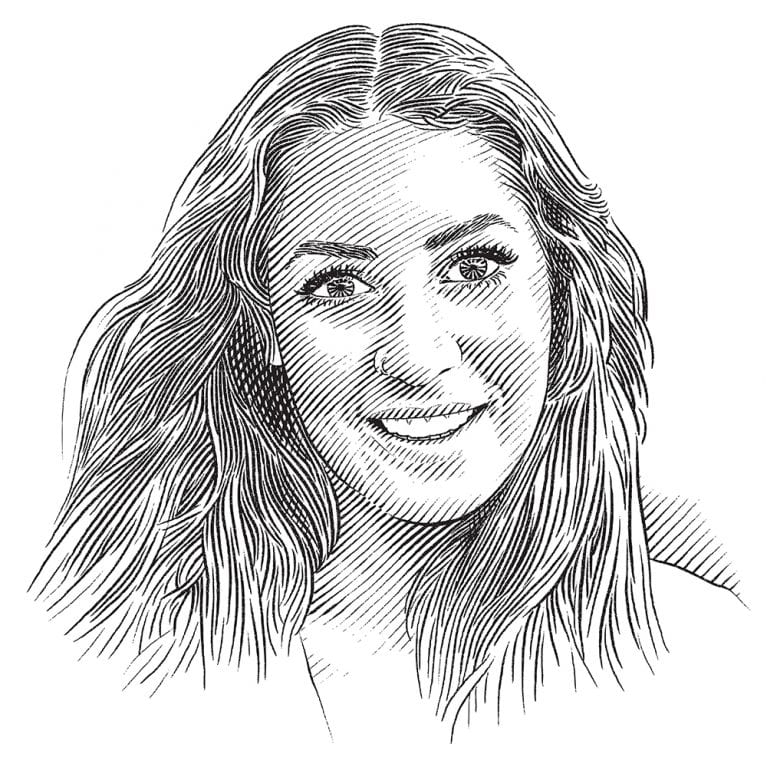 If I had to define myself in a word, I would probably choose thalassophile, a lover of the sea.

Born and raised in a seaside town in Portugal, I was lucky to be in touch with the sea and become fascinated by the marine ecosystem from a very early age. By the time I was a young adult, it came as no surprise that I would pursue a degree in marine sciences and conservation. To understand the sea and its organisms has always been a dream and during my studies I was able to conduct research and work in very different... 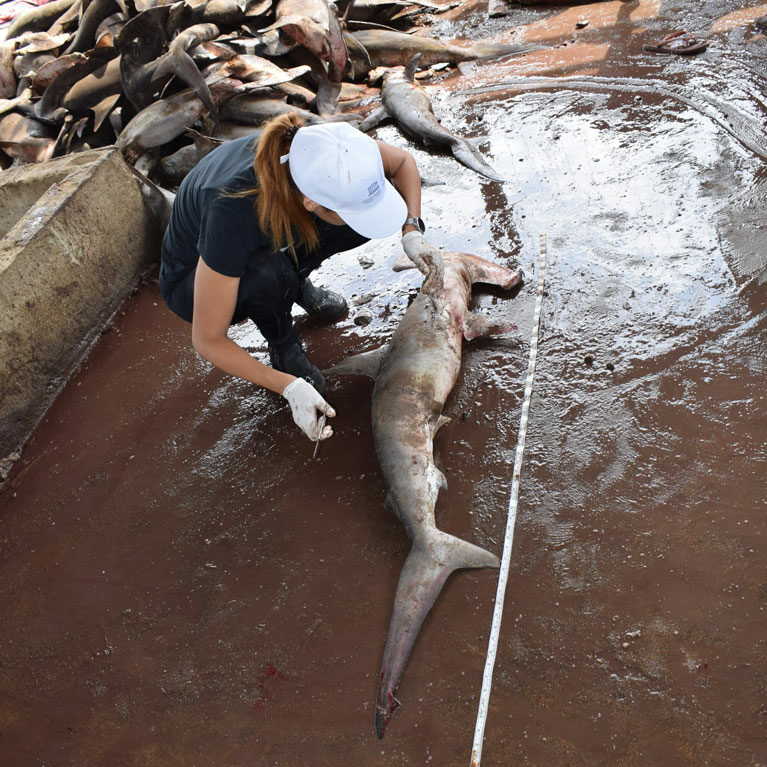 New research location means finding shark and ray landing sites!
The Angola Elasmo Project previously managed to get an insight into the shark and ray small-scale fisheries operating along the area of Luanda  (North of Angola). But, as we are focused on a new region, Namibe (South of Angola), we require a new assessment, as… 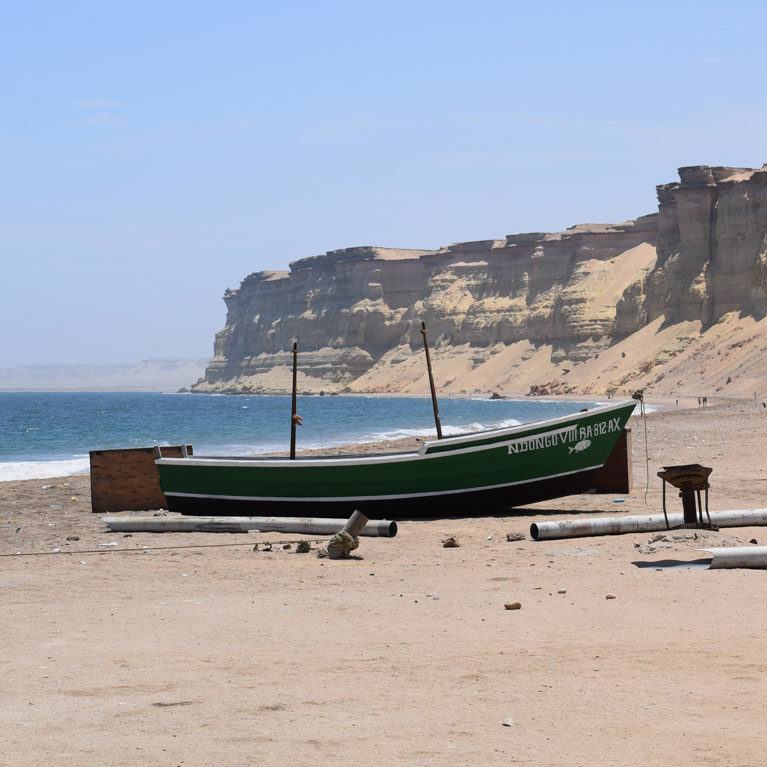 Back in the field, back to the sharks !
In 2020, it was hard to see all the work previously developed by the Angola Elasmo Project, the connections with fishing communities and the positive initial impact of the project suddenly be interrupted due to external causes. Nevertheless, during the time we were not allowed… 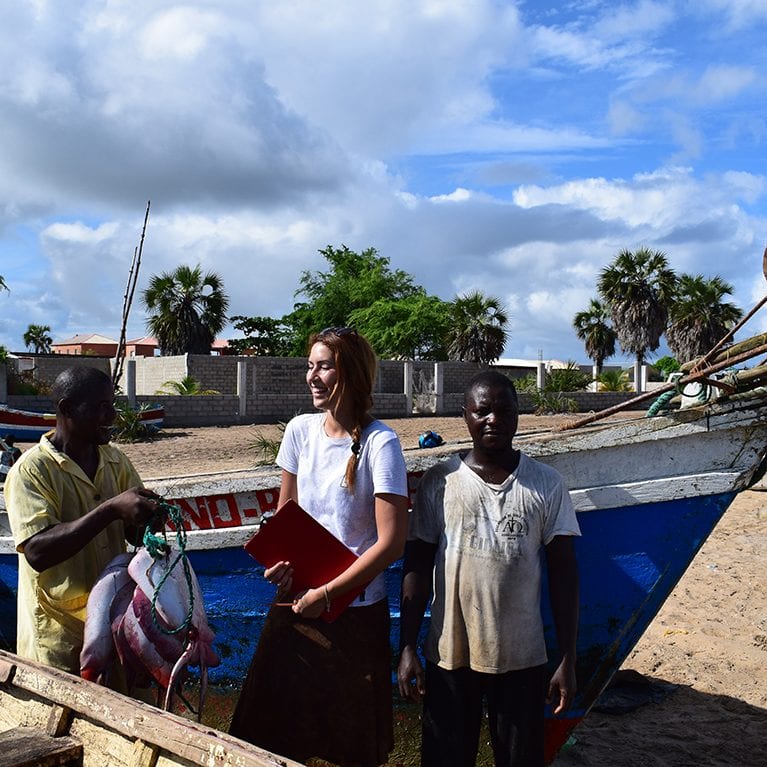 Characterisation of Angolan artisanal fisheries: It’s survey time!
One of the main challenges during this project is the lack of previous data regarding shark and ray biology and fisheries, as well as other marine species in general. With no comparison point, it is extremely important to use interviews as a tool to gather… 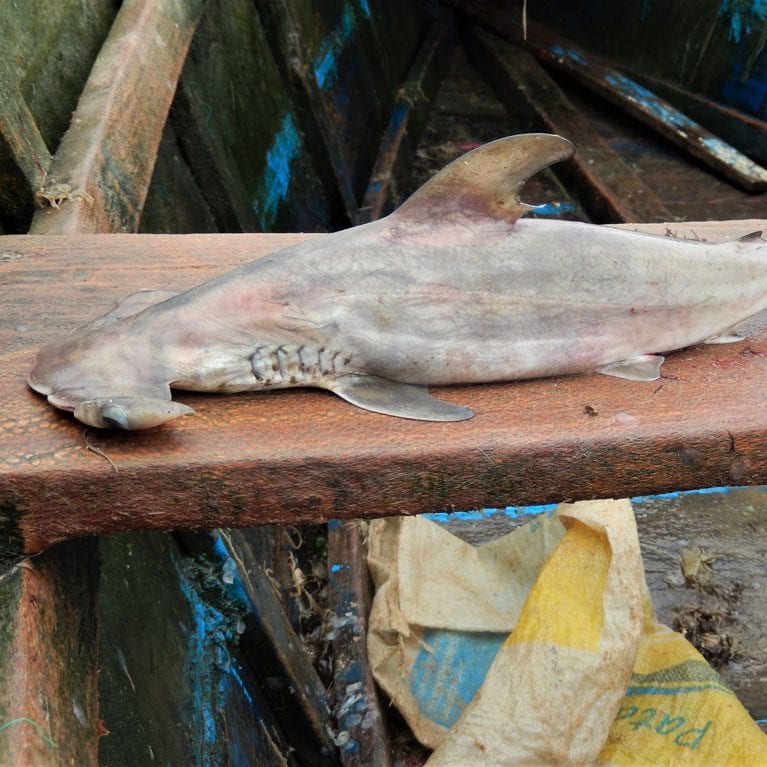 Scoping out sharks at S. Braz fishery site
Angola Elasmo Project’s third artisanal fisheries site I will present, S. Braz, is the one which was more difficult to have access to. S. Braz is an isolated coastal village, located in the province of Kwanza Sul Province, with a small population of 250 people…

Another Angolan fishery assessment
Continuing my glimpse into where and how I will be conducting my research in Angola, I will introduce you to the second artisanal fishery site I visited, Buraco, 70 km south from the city of Luanda. Buraco is a coastal fishermen village with about 80…

First assessments of Angola’s fisheries
Why start a project in Angola? Angola is a country with insufficient marine data, no environmental conservation awareness and lack of policies regarding conservation and fisheries. I have a strong personal bond with this project because I am from Angola originally, and it is devastating…
Project details

Threatened sharks and rays of West Africa: Assessing the impacts of artisanal fisheries in Angola

Increase knowledge on sharks and rays along the coast of Angola, providing baseline information on species diversity and understand threats. This data will be key for adequate monitoring of threatened populations and development of effective management and conservation plans for Angolan and West African territorial waters.

Sharks are mostly characterized by conservative life-history parameters and biological attributes. These traits make them extremely vulnerable to overfishing because once populations are overexploited, species have a very low capacity for recovery. The worldwide increasing trend in fishing effort, the low degree of catch selectivity, and the overcapacity in terms of fishing fleet have a direct impact on coastal shark communities, decreasing their size and abundance. In West Africa, there is evidence of serious threat to sharks due to high demand for shark fins and increasing fishing effort. While some studies have been undertaken in north western Africa, data from Angola remains limited. Angola qualifies as an important West African area to assess the impact of artisanal and semi industrial fisheries on shark  and rays abundance and diversity due to the high ecosystem productivity, the intense coastal and offshore fishing effort and limited information regarding species composition, abundance, and distribution.

According to a recent report by IUCN Red List of Threatened Species, more than a quarter of Chondrichthyan fishes are threatened with extinction. Regarding coastal fishing activities, there is a direct impact on elasmobranch communities, since many of them live in a coastal habitat, and there is an increasing trend on fishing effort, a low degree of selectivity, and overcapacity in terms of the fishing fleet. In a global context, in which many commercial fishing stocks are exhausted, sharks represent a meat resource that is also consumed in many countries. At beginning of the 1970s, as a response to high demand for shark fins in Asian countries, a Gambian export market, mainly in the form of artisanal fishing began, followed by the rest of the SRFC zone (Cabo Verde, Gambia, Guinea, Guinea Bissau, Mauritania, Senegal and Sierra Leone). Concerned with the shark stock status and its impact on the ecosystems, SRFC member states adopted, in 2001, a strategy for shark conservation and sustainable management in the sub-region with the Sub-Regional Plan of Action for the Conservation and Management of Sharks (SRPOA-Sharks). According to this management plan, and highlighted by the IUCN Red List for West African sharks, there was a decrease of shark populations on the West African coast, over the past thirty years, supported by shark landings decrease, whereas the fishing effort was strongly increased, as well as a decrease in the average size of certain species. In West Africa, there is evidence of serious declines in shark and ray populations. Studies have shown that the Great Hammerhead (Sphyrna mokarran) and Lemon shark (Negaprion brevirostris) are Critically Endangered, and the bull shark (Carcharhinus leucas), which used to be frequent in the waters in the sub-region, is now rarely caught.