Angola Elasmo Project’s third artisanal fisheries site I will present, S. Braz, is the one which was more difficult to have access to. S. Braz is an isolated coastal village, located in the province of Kwanza Sul Province, with a small population of 250 people directly dependent on fisheries.

Fisheries at S. Braz are characterized by chatas (small-planked boats measuring 5–9 m in with a flat bottom, often using small motors) and artisanal fishing methods at this site include handlines beach seines, gillnets, and lift nets. 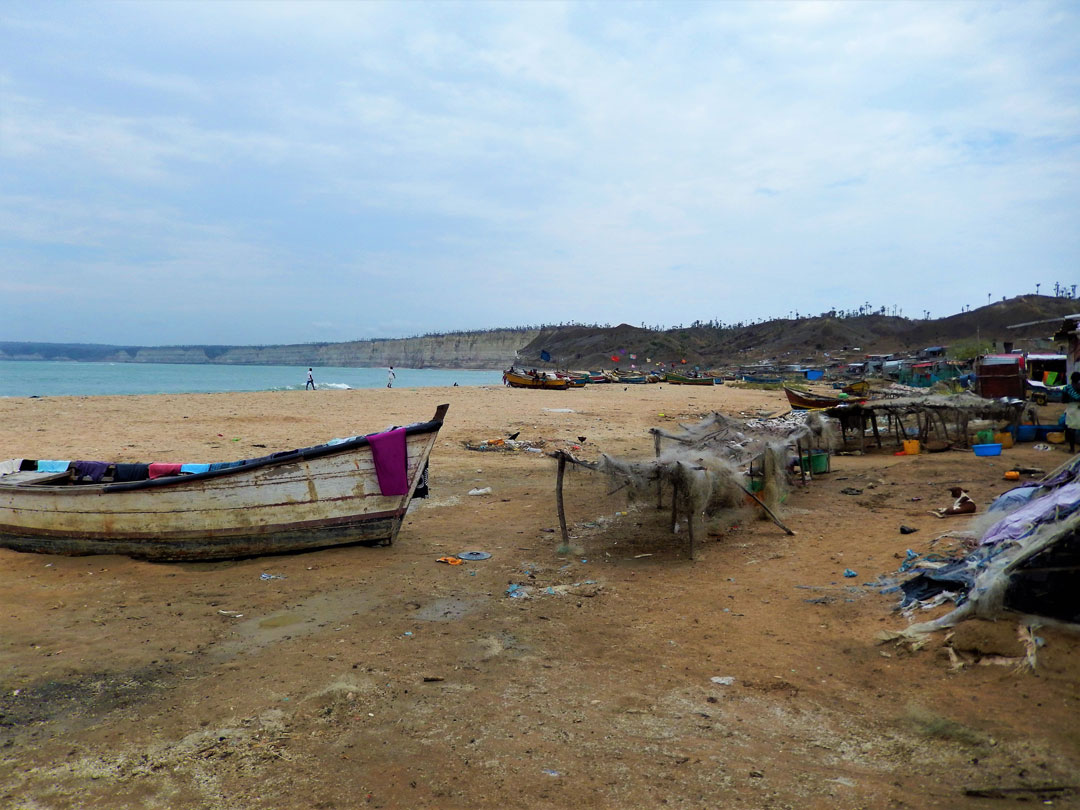 A cloudy morning at S. Braz, where we can observe chatas at the beach and fish drying stalls (one of the techniques utilized for preservation of the shark products). Photo © Ana Soares 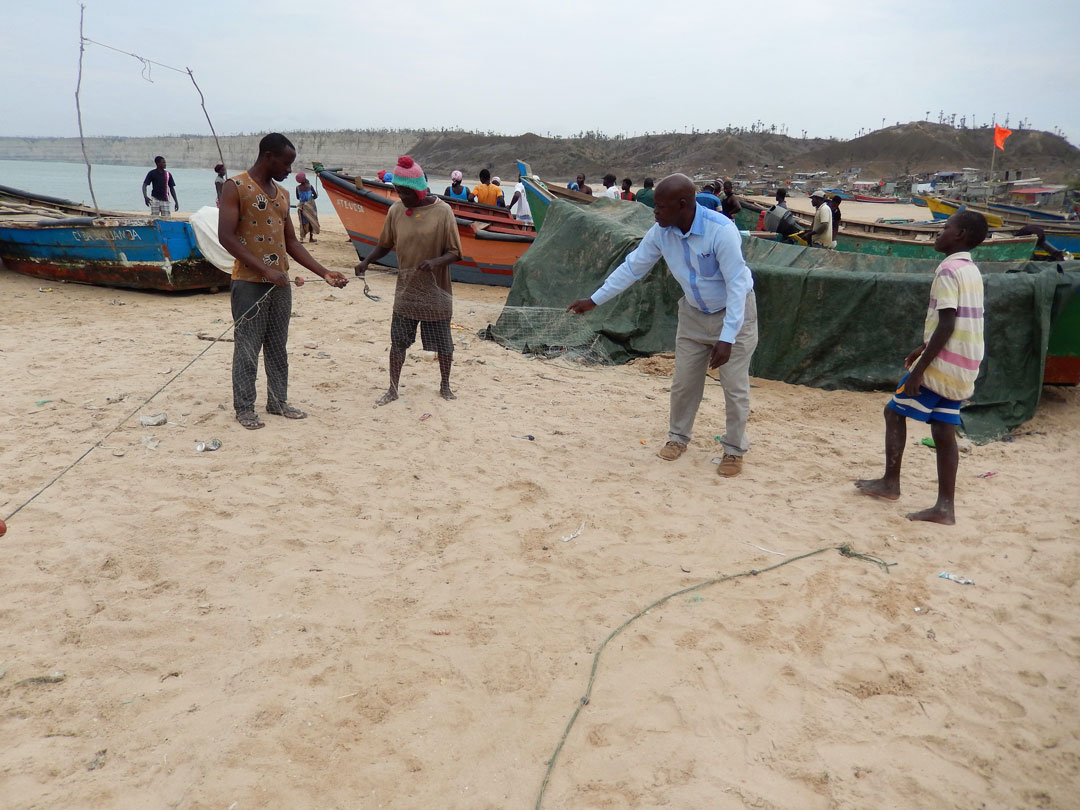 Fish landings at S.Braz consist of fresh products, if fished during the day, and will be both dry and fresh if the boat stays longer than one day at sea.

Due to the distance to the main city and lack of infrastructure, the main techniques to conserve fish products in this area are salt and sun exposure. 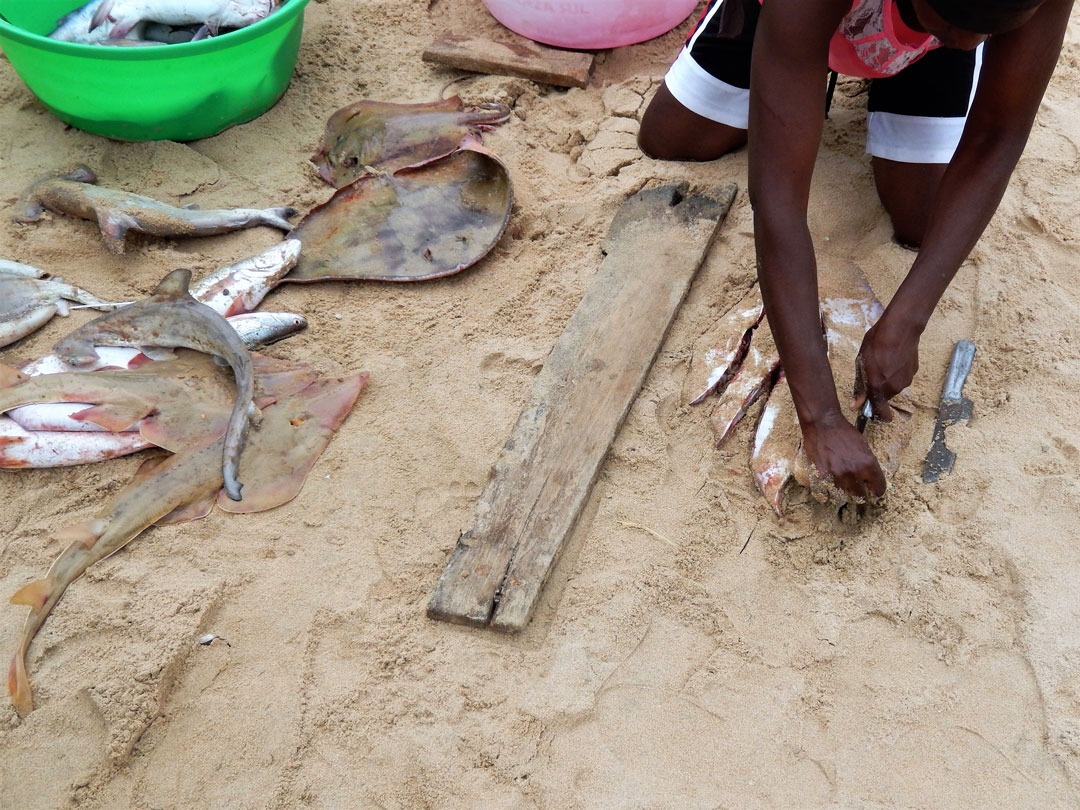 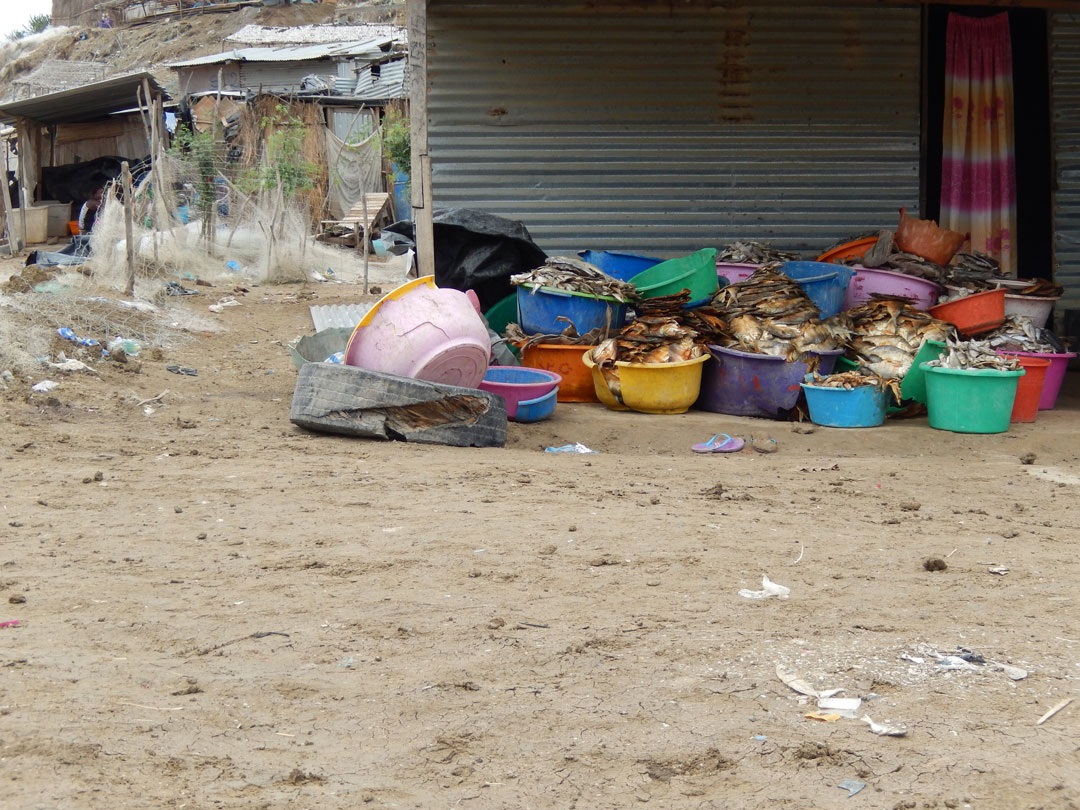 Dry Elasmobranch products including rays, guitarfishes and sharks ready for trading ready for sale at the village of S.Braz. Photo © Ana Soares

Elasmobranch abundance and diversity is likely to be higher as we go further from the main city and main fishing locations. Consequently, during the collection of biological data on shark, ray and guitarfishes landings (morphological identification, size composition, sex ratios) to assess the abundance and diversity of sharks landed, it was observed that this isolated fishermen village (about 500km from the city of Luanda) has higher abundance in sharks, rays, and guitarfishes comparing to the other previously described sites. 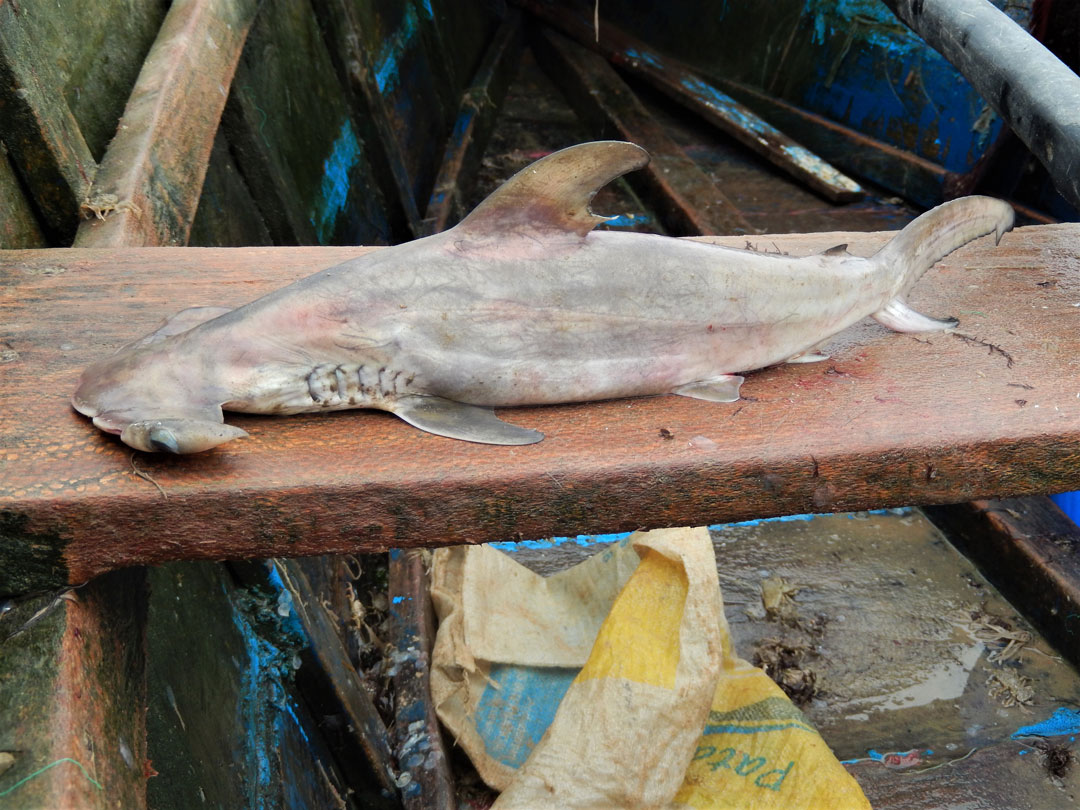 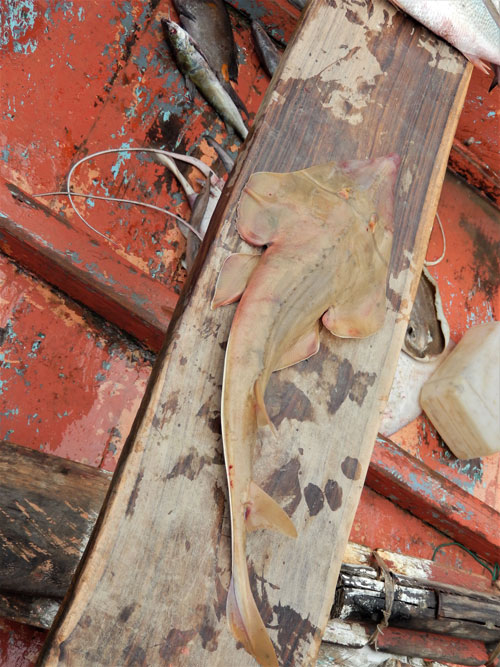 Fishermen have as main targets other fish species but by-catch of sharks and rays are not discarded as they are also considered a good source of protein. In addition, external buyers travelling to these regions are more often interested in shark products than in other fish species (i.e., fins) and this additional source of income is a motivation for fishermen to retain sharks.

Regarding the lack of previous data, it is very difficult to draw a line on what exactly is the current situation of Angola regarding elasmobranch fisheries and other species in general.

With no comparison point it is extremely important to use fishermen interviews as a resource for past knowledge and to identify and describe the geographic extent, size, and targets of the artisanal and semi industrial fisheries nowadays. This topic will be covered in the next blog.