Back in the field, back to the sharks !

In 2020, it was hard to see all the work previously developed by the Angola Elasmo Project, the connections with fishing communities and the positive initial impact of the project suddenly be interrupted due to external causes. Nevertheless, during the time we were not allowed to travel to Angola, the time allowed us to reflect on the project, re-think our strategies and wider our goals. During this time, the Angola Elasmo Project took an academic path as part of the PhD ‘Elasmobranchs of Angola: Assessing impacts of small-scale fisheries of sharks and rays’, from the project leader Ana Lucia Furtado Soares at the Ludwig-Maximilians-Universität München (LMU).

The aim of this PhD is to increase knowledge by providing baseline information and long-term scientific data to fill in the gap on species-specific data and understand the biodiversity of elasmobranchs in Angola. The data will be used for adequate monitoring of endangered populations and for developing effective management plans, policies and regulations for Angola’s coast and West African waters.

At the end of 2021, the Angola Elasmo Project returned to the field, visiting different locations, engaging with more fishing communities, promoting awareness campaigns and collecting incredibly valuable biological data to help fill the gap in knowledge of sharks and rays for over 40 years in Angola! 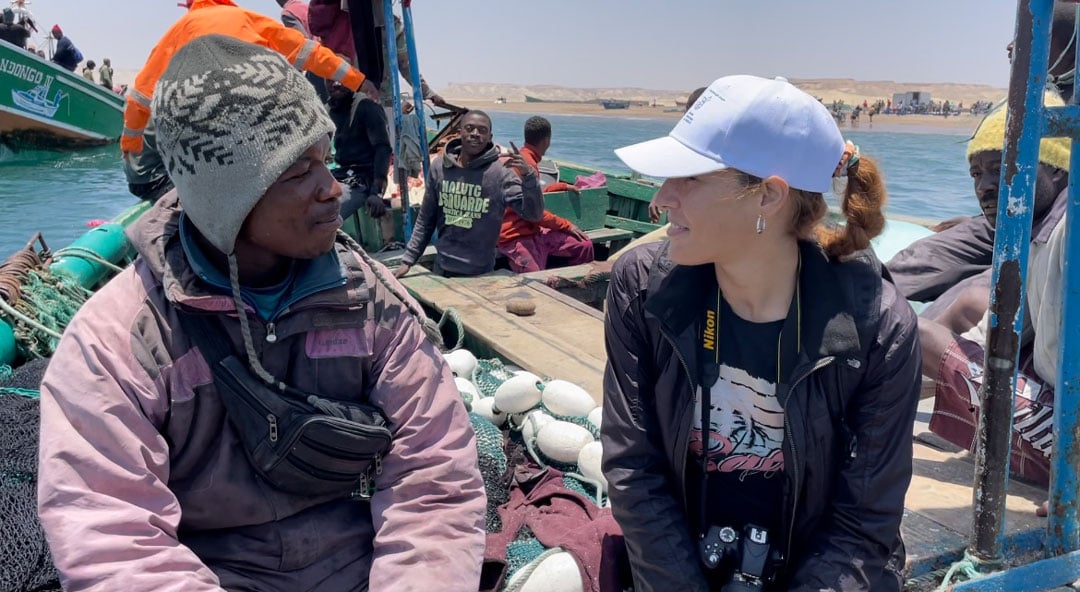 Getting insights from a small-scale fisher during a fishing trip in the Namibe region. Photo © Ana Lucia Furtado Soares.

In our next blogs, we will unveil some of the exciting work currently developed on elasmobranch small-scale fisheries sites in the south of Angola, in the region of Namibe.  The Namibe province is dominated by the dry Namib Desert, and the coastline is characterized by shelving sandy beaches with intermittent short sections of cliffs and rocky coast. Thus, some of the landing sites visited are extremely hard to access, usually driving off-road for long periods. 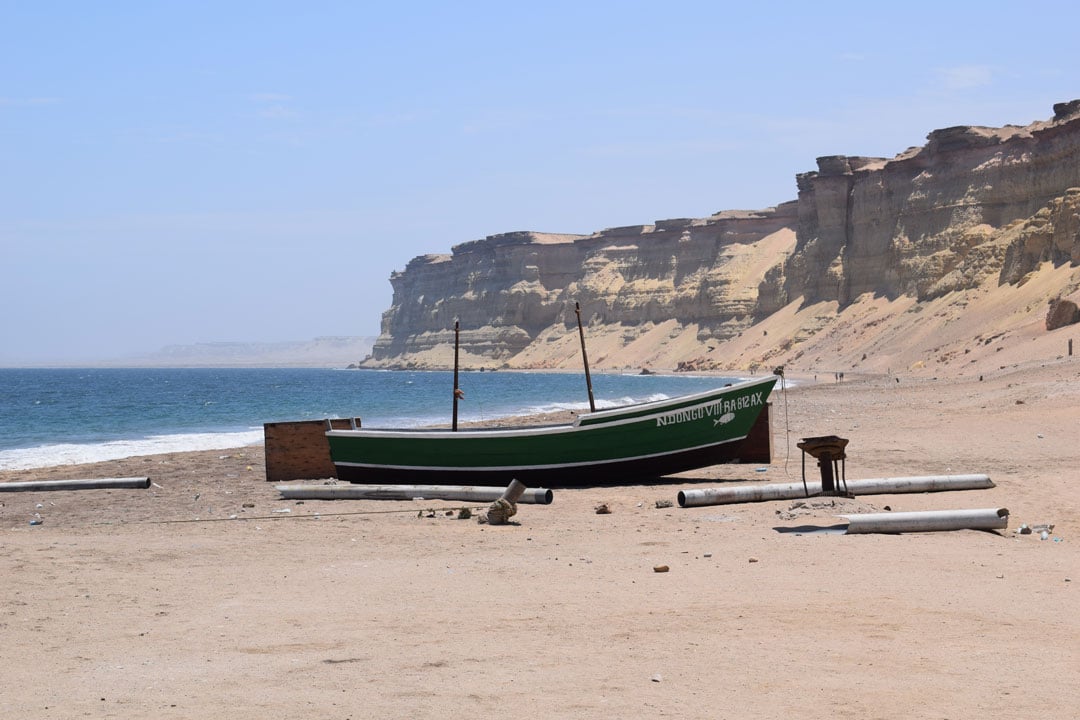