Why start a project in Angola? Angola is a country with insufficient marine data, no environmental conservation awareness and lack of policies regarding conservation and fisheries. I have a strong personal bond with this project because I am from Angola originally, and it is devastating to see how much damage humans can do to such a unique ecosystem. Sadly, there is no indication that this distressing situation will be addressed soon.

Being able to start Angola Elasmo Project has been a dream come true, but there is a lot of work to be done, and this work is a small drop in the huge ocean that is years of neglect to shark and ray conservation in the region. 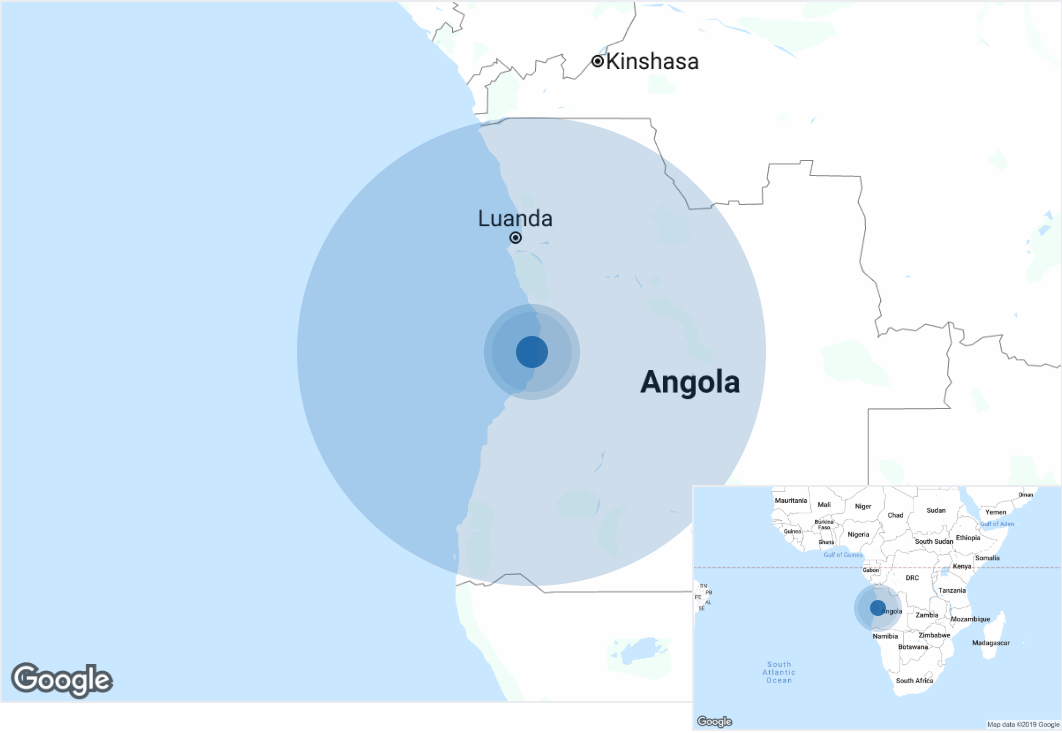 Located in South-western Africa, at the northern part of the Benguela Large Marine Ecosystem (BCLME), Angola has a highly productive marine ecosystem due to the merging of the Angola and Benguela currents. This creates a strong upwelling zone, which attracts apex predators such as sharks and rays.

Although information on their habitat and behaviour in Angola is not available, studies from around the world indicate that sharks and rays utilize shallow-water habitats. Unfortunately, in Angola, these are zones which are heavily impacted by artisanal and semi-industrial fisheries. The low productivity of these species leads to them being highly susceptibility to fishing pressures, this means that the Angolan fishery is likely unsustainable.

Angola’s post-colonial civil war (1975–2002) was a huge turning point for its marine ecosystem. There were large-scale displacements, and people moved from rural areas to urban and coastal zones. These areas offered greater security, and in the absence of other alternatives, it provided the opportunity to engage in fishing. The civil war also lead to no one monitoring its fisheries for over 30 years.

Data from Angola is critical for assessing the impact of artisanal fisheries on shark and ray abundance and diversity. We need to consider the intense fishing pressure reported from commercial teleost fisheries and the scarce information available regarding shark species composition, abundance, and distribution.

In this blog and my next few blogs, I hope to give you a glimpse into where I will be conducting my research, and how I will be carrying it out.

The first artisanal fishery site I visited was Samba. It is located 16km south of the city Luanda, and it is is one of the main markets in the city, usually starting around 6 am, when the first boats land.

The boat types encountered in this site are the typical ones described in Angolan fisheries: pirogas (small canoes), chatas (small-planked boats measuring 5–9 m in with a flat bottom and an outboard engine) and greater sized boats, catrongas (boats between 7–14 m with a central inboard engine).

The logistics of the process are still unknown, but besides direct landings, small chatas and pirogas also collect fish from semi-industrial vessels (which cannot reach the beach to be landed) and then transport to the beach. They also sell the leftover fish that are not sold directly to specific stakeholders on the small dock. These remaining fish are also transported to the beach to be sold. This site is a bustling location, with multiple stakeholders involved, which conditions sampling.

Early morning at Samba’s beach site, with pirogas landing fish and women transporting it from boats to land. A small dock is visible in the back where a large green catronga is landing fish to a specific stakeholder. Photo © Ana Lucia Furtado Soares

At the beach, women carry buckets which are used for collecting fish and transporting it up the beach to where the artisanal market is set up. This is where we can observe fresh and dry elasmobranch products.