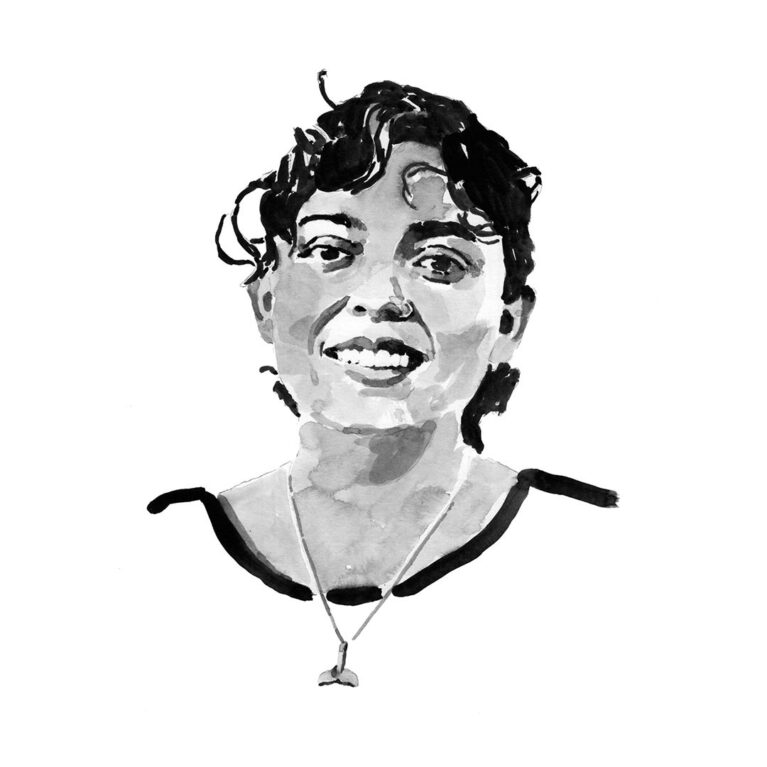 Despite living in Mexico City, from the age of seven I have been obsessed with marine life. So I became a hydrobiologist. I was always interested in sharks but had no opportunity to study them in college. So instead I did internships and volunteered in conservation projects that allowed me to get involved in shark and marine conservation. However, I was never the kind of biologist who fits perfectly into a mould. I love being out in the field, but I am also interested in human nature and how people interact. Studying the artisanal shark fisheries in the southern Gulf... 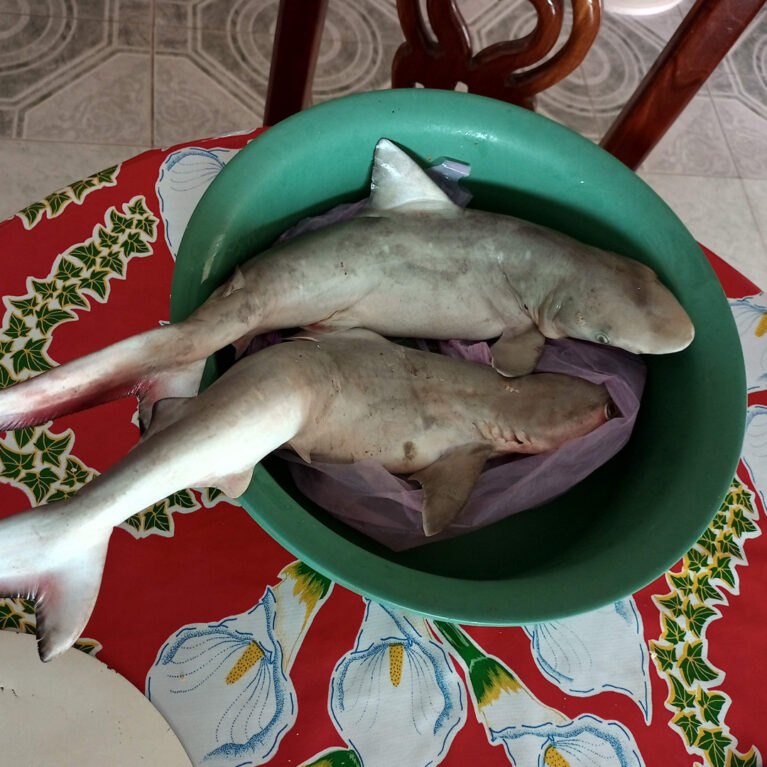 Endangered neighbours
As a person that grew up in a big city, I never thought that people could see wildlife, including threatened or endangered species, as their everyday neighbours, a part of their scenery, or even as an annoyance to their daily routines. When I became a… 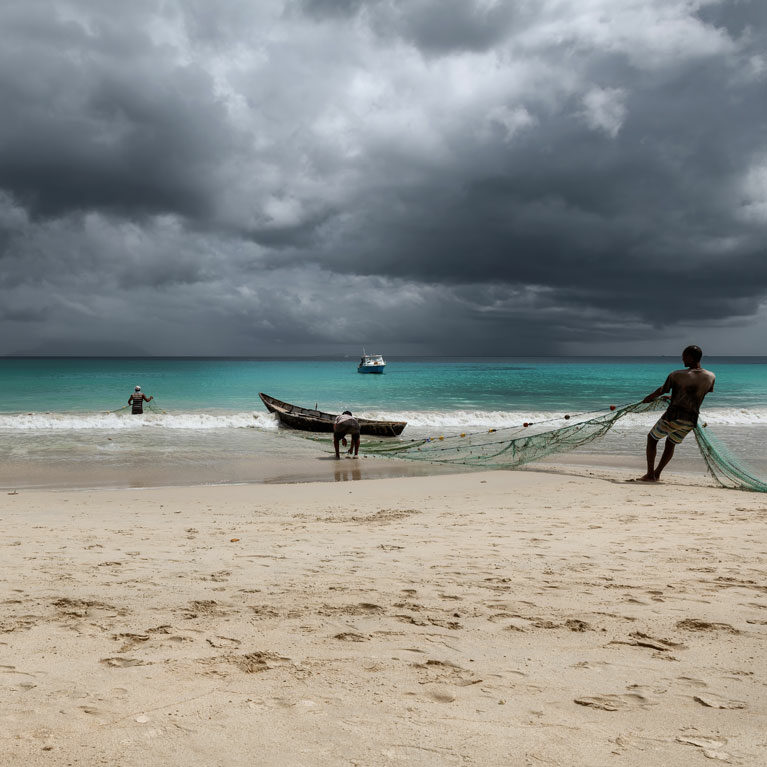 Sharing knowledge, building community
When you are a scientist working with fishing communities, it is easy to forget that, most probably, you are not the first researcher to visit a community. Fishers get tired of people going to their workplaces, asking questions and never seeing them again. An essential… 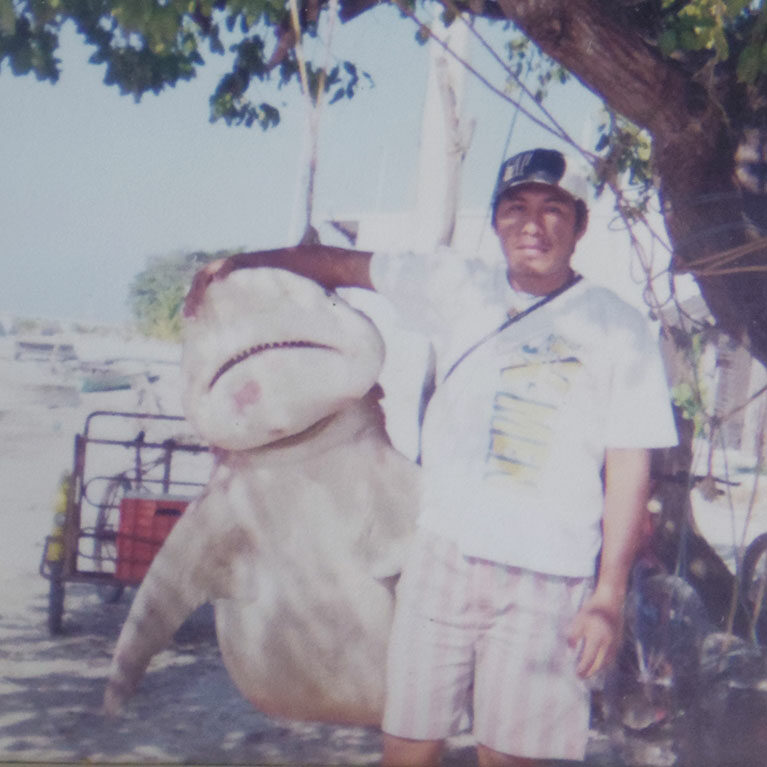 Fishing for stories
Every time I visit a fishing community, I find myself nervous and excited. It is not easy to approach people you have never met before and ask for something as intimate as their fishing stories. But, if you overcome the initial shyness, you might meet…
Project details

To develop coastal communities’ awareness of the ecological importance of Terminos Lagoon as a habitat for elasmobranchs. We will also recover local ecological knowledge to empower the current generation of fishers to protect local elasmobranch populations.

Terminos Lagoon is an important nursery area for elasmobranchs and a traditional fishing area for local fishers. Nowadays, only old fishers remember that elasmobranchs were once present in the lagoon. It is crucial to recover the local ecological knowledge as every year information that could be used for the conservation of threatened species is lost, and with it the opportunity to empower coastal communities and improve existing management strategies.

There is a great diversity of elasmobranchs in the southern Gulf of Mexico, with about 30 species registered for the elasmobranch fisheries in Campeche. Terminos Lagoon has been recognised as a nursery area for several shark species. Despite the socio-cultural and economic importance of the elasmobranch fisheries in the region, it was only in the 1980s that the fisheries were first categorised by governmental research institutes and only since 1997 that a select few scientific papers have been published. However, these publications do not cover the whole history of the fishery, which could result in a shifted baseline, especially in an area that has experienced intense fishing pressure and has gone through severe environmental changes, including oil spills and coastal development, since the 1940s. Sawfish species have apparently been locally extirpated, which makes it even more urgent to establish a local elasmobranch baseline to identify the most vulnerable species and start planning adequate conservation strategies. Participatory mapping has been proposed as a powerful tool for biocultural conservation, and the use of documentaries in which members of local communities have featured has had the positive effect of increasing local participation, encouraging changes in attitudes towards conservation and empowering communities. This is the first time, to our knowledge, that short videos featuring experienced fishers, participatory mapping to which community members of all ages contribute, and a workshop where this knowledge is transferred, combine to increase local awareness and interest in elasmobranch conservation.