When you are a scientist working with fishing communities, it is easy to forget that, most probably, you are not the first researcher to visit a community. Fishers get tired of people going to their workplaces, asking questions and never seeing them again. An essential part of this project was to give something back to fishing communities. 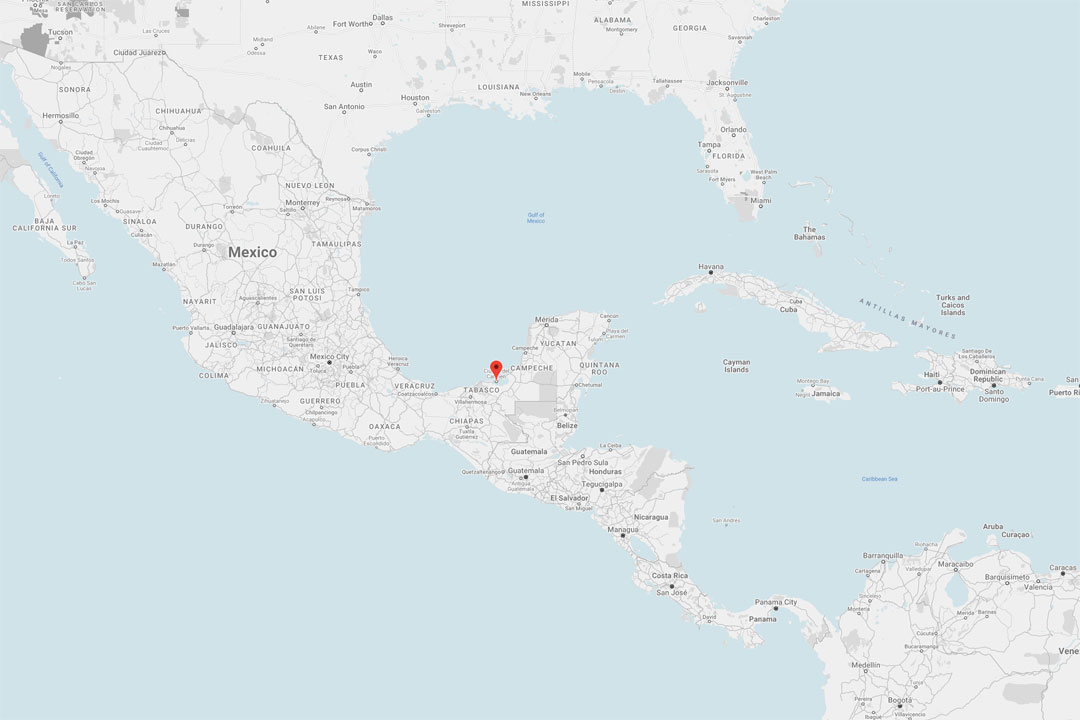 So, we tried our best. With an interdisciplinary team of really enthusiastic people, we did a documentary about the history of elasmobranch fisheries starred by fishers and narrated by local people. First, we interviewed the oldest and most experienced fishers. They opened their houses to us, we met their families, and they shared their stories for the rest of the world to hear. It took us months of editing, but when the documentary was finally ready and the COVID pandemic allowed us, we went back to their communities and showed it to them.

If we were expecting a grand entrance and to be remembered by those we had met. Well, that was not what we got. Local fishers barely remembered us, which is pretty understandable when scientists come and go saying hello and never goodbye. But once fishers started seeing the documentary, things changed. We became part of a select group of researchers that came back. So, when we proposed doing participatory mapping exercises after the screening of the documentary, a lot of fishers were really enthusiastic about the idea. 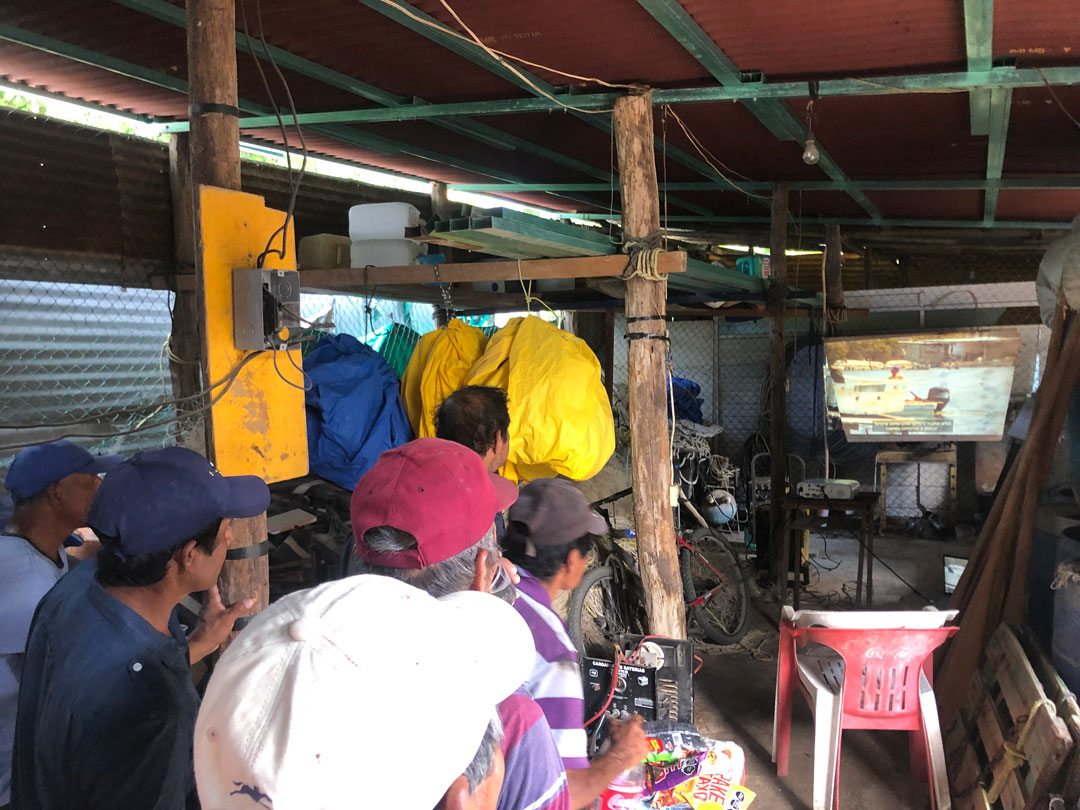 Participatory mapping has proved to be an excellent intergenerational learning and debate tool. It was a fantastic experience where young fishers, teenagers forced to listen by their mothers, and researchers all learned the distribution of different sharks and rays in Terminos Lagoon. It was a great way to share knowledge; we had fun and laughed while we did it. One of the best parts was fishers taking pictures of the finished maps saying that they would show them to their kids and grandkids. 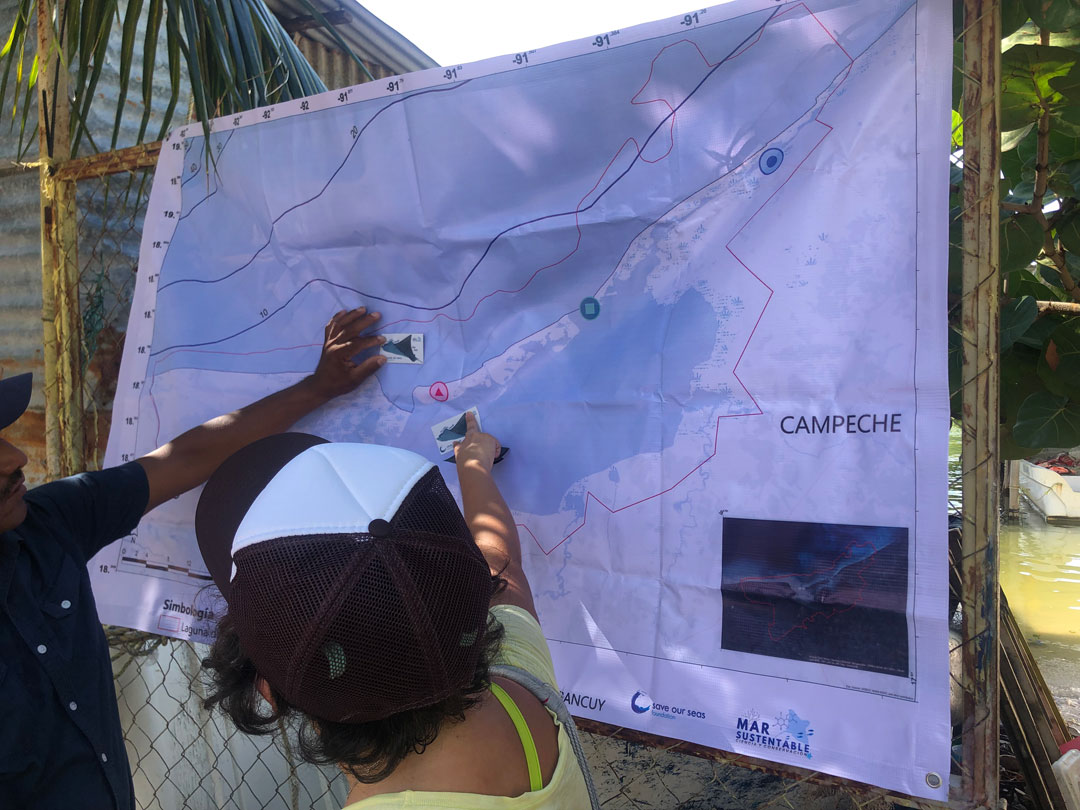 Overall, this project has given me great lessons. One of them is that science can and should build community. You might even get lucky like me, making new friends that happen to be fishers.