Angel of the Canary Islands 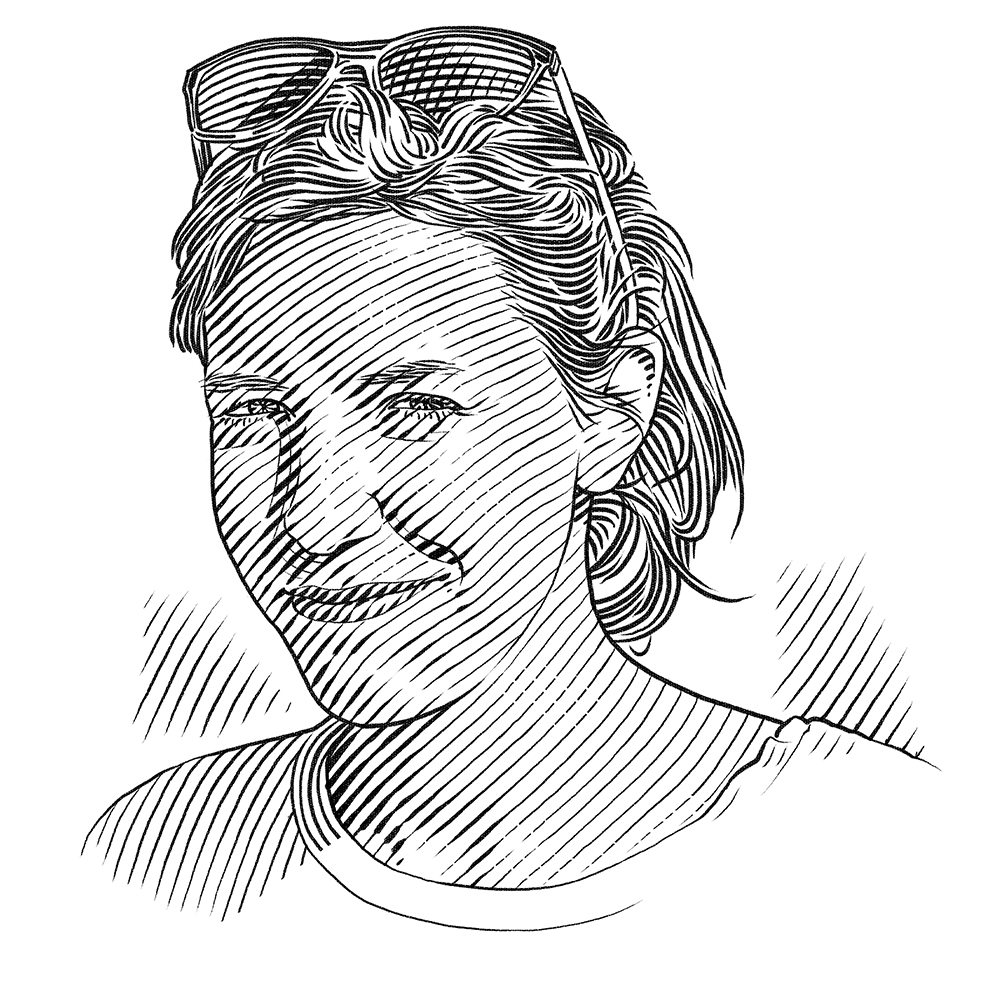 When I was a kid my greatest nightmare was being the only survivor of a plane crash in the ocean and being eaten by a shark. What a crazy fear to have. I did not grow up near the ocean and I did not have much to do with marine life. In fact, I was born in Germany and grew up in Bolivia, in the middle of the Andes, far away from the sea. I never thought I would work as a marine scientist. I was more of an artist, a creative person, but I always loved nature. When we... 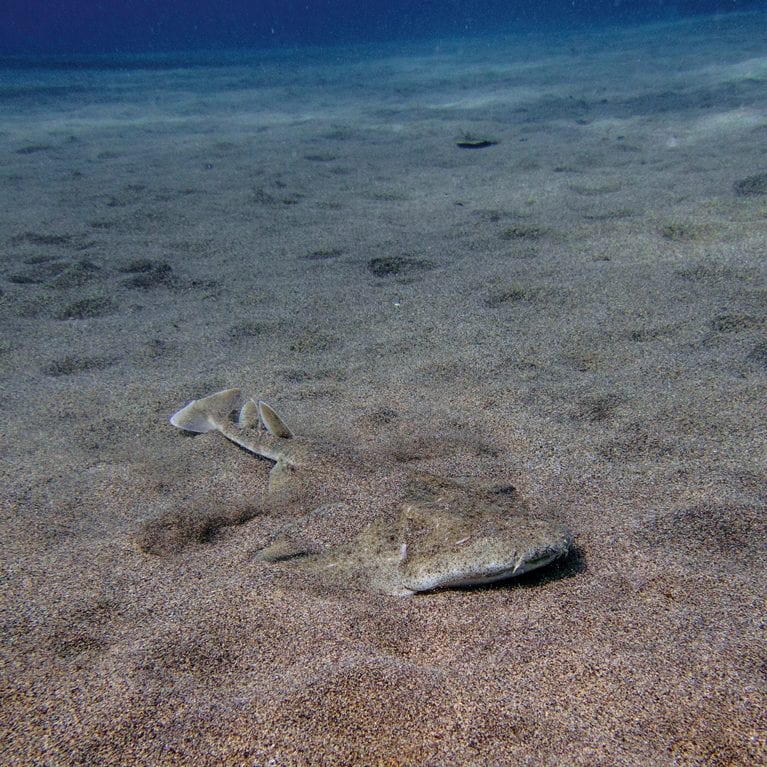 Slipping silently away
Scientists devise conservation plan for angel sharks in the Eastern Atlantic and the Mediterranean Sea By their very nature, angel sharks are not exactly the scene-stealing sharks of the seas. Camouflaged ambush predators that lie in wait for their prey, they settle subtly onto the…
Related Blogs 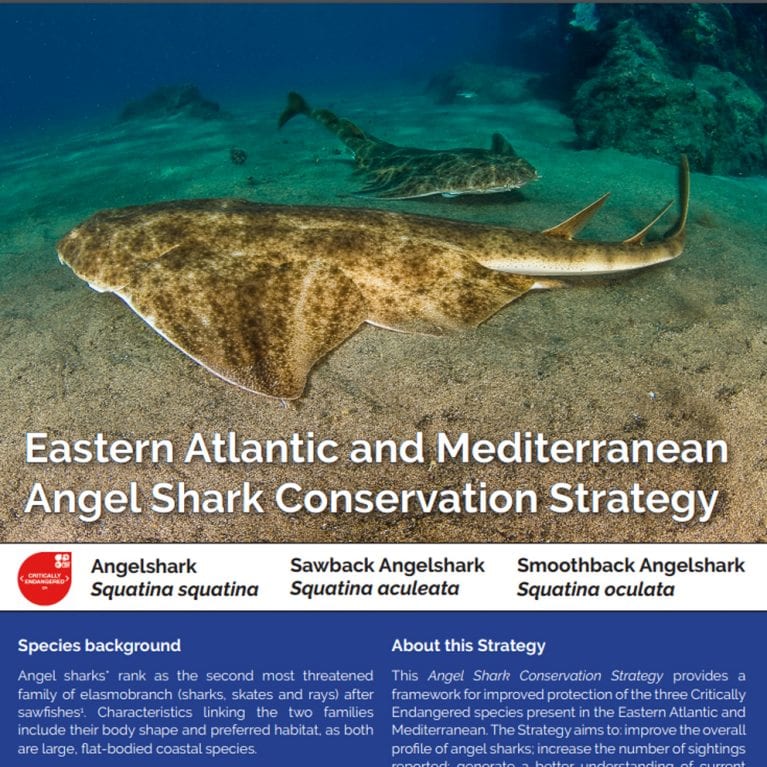 Celebrating greater protection for the Angelshark; But what happens next?
The 3rd Meeting of Signatories (MOS3) to the Convention on the Conservation of Migratory Species of Wild Animals (CMS) Memorandum of Understanding on the Conservation of Migratory Sharks (Sharks MOU) took place from 10 to 14 December 2018 in Monaco. During five days of intense… 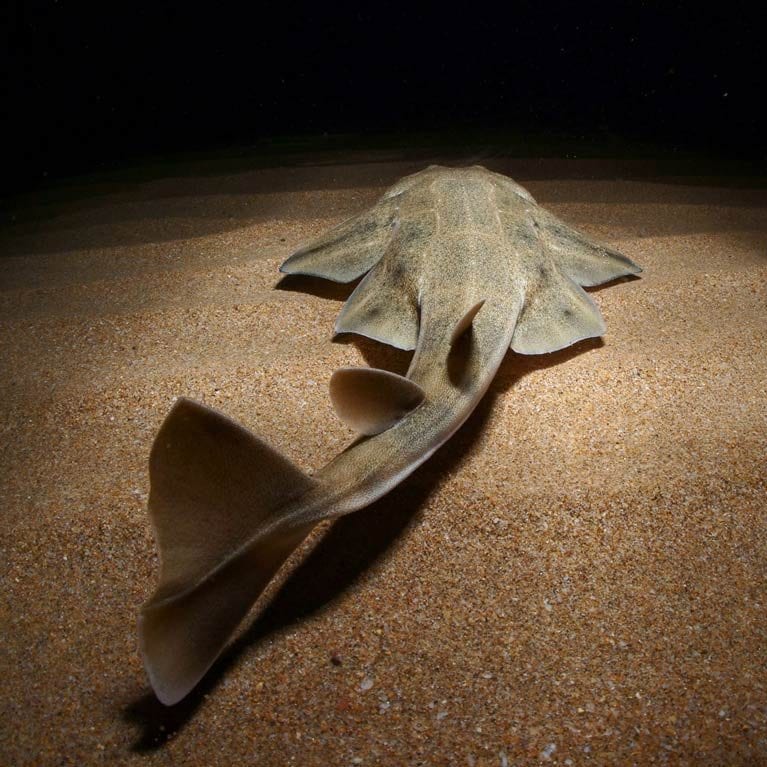 An Actionplan for Angelsharks
In April 2016 I had the amazing opportunity to be part of the development of an action plan to save one of the world’s most threatened shark species, the Angelshark Squatina squatina, from extinction. Since 2014 the Angel Shark Project, a joint initiative created by…

How to catch an angel
When we came up with the idea of tagging angelsharks underwater, everyone thought we were crazy and that it would not be possible. Tagging, they said, should be done on or alongside a boat, but certainly not underwater! Why not? Angelsharks lie buried in the… 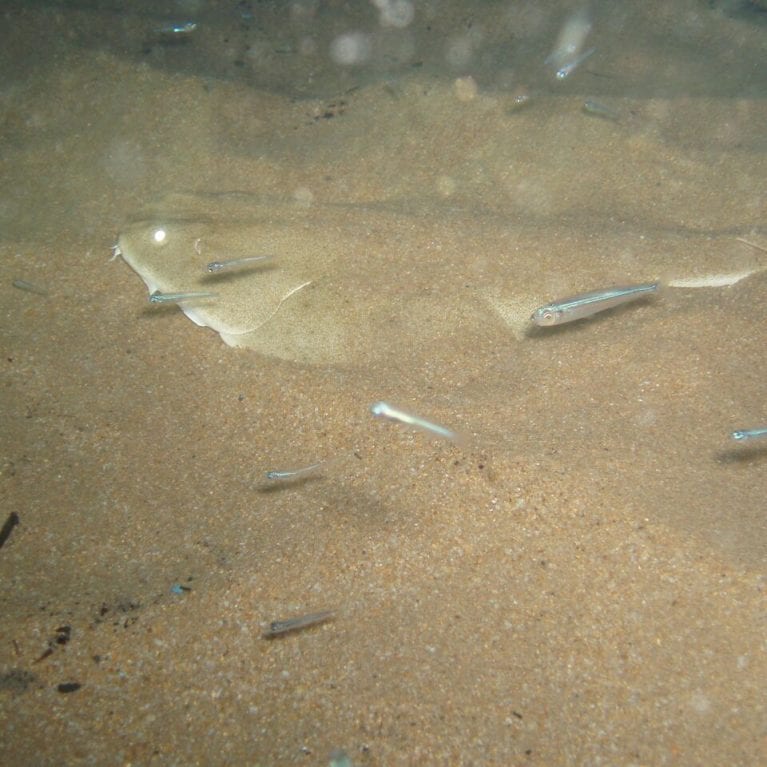 Common ground
As part of our angel shark tagging campaign in the Canary Islands, we are focusing specifically on a very interesting beach called Las Teresitas. The reason for choosing this beach as our natural laboratory is quite simple: it is the largest nursery area for the… 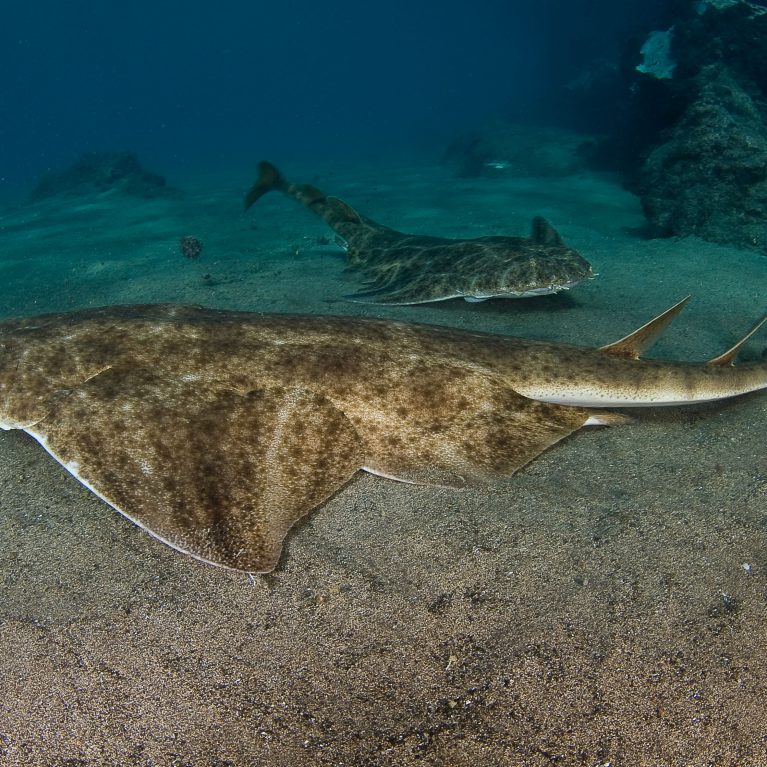 A host of angels
It was a routine dive, but it had a surprise in store for us. Last night, as we usually do on a warm and clear summer evening in the Canary Islands, we went to our favourite dive spot at Sardina del Norte. Located in the…
Project details

Angel shark project: ecology and distribution in the Canary Islands

The key objective of this project is to assess the conservation status of the angel shark Squatina squatina in the Canary Islands by engaging local recreational divers as a source of data. This information should guide future decisions to overcome the main threats this species faces and guide the implementation of effective conservation measures.

Overfishing and high by-catch rates have severely depleted many shark species, including the angel shark. Due to its sensitive biology, the angel shark has a very slow rate of recovery and has therefore been included as Critically Endangered on the IUCN Red List in 2006. Across its distribution range, the angel shark has been extirpated from many places. Urgent conservation policies require baseline data, including information on the species’ basic ecology and distribution patterns. By taking advantage of the last healthy population of this species worldwide, i.e., those located in the Canary Islands, this project represents a unique opportunity to gain basic ecological knowledge about the angel shark.

The Canary Islands are a unique hotspot in the world where angel sharks seem to have large and stable populations. Nevertheless, these populations face threats such as mortality related to sport fishing and capture by illegal artisanal fisheries. Angel sharks are also an important attraction for the area’s expanding recreational diving tourist industry. Unfortunately, this has concurrently caused an increase in disturbance of the species by recreational divers. Recreational divers, however, also represent a large community of skilled volunteers that can help to increase scientific knowledge about species, such as the angel shark, which are commonly encountered at accessible depths. This source of information has proven to be valuable in numerous elasmobranch studies.

In April 2014, the University of Las Palmas de Gran Canaria launched a citizen science tool, ePOSEIDON (www.programaposeidon.eu), to monitor marine species in the Canary Islands via an online database. Using this tool, the Angel Shark Project has identified areas of species distribution and aggregation sites across the entire archipelago. Preliminary results have shown that angel sharks have a wider distribution in the archipelago than previously thought. Consequently, the need for more information on the species’ basic ecology, abundance and migratory patterns is essential to assess its conservation status and to implement future management strategies for this species.

This project will use the ePOSEIDON database, coupled with a shark-tagging programme, to further engage the diving community in registering sightings of tagged angel sharks. As a result, this combination of available tools will be a cost-effective method involving local recreational divers in science and raising awareness within the community. The outcomes of this programme will be a pivotal for monitoring trends in the species’ distribution and abundance over large spatial and temporal scales.