A host of angels

It was a routine dive, but it had a surprise in store for us. Last night, as we usually do on a warm and clear summer evening in the Canary Islands, we went to our favourite dive spot at Sardina del Norte. Located in the northern part of Gran Canaria, this small town is surrounded by banana plantations and a spectacular volcanic landscape. 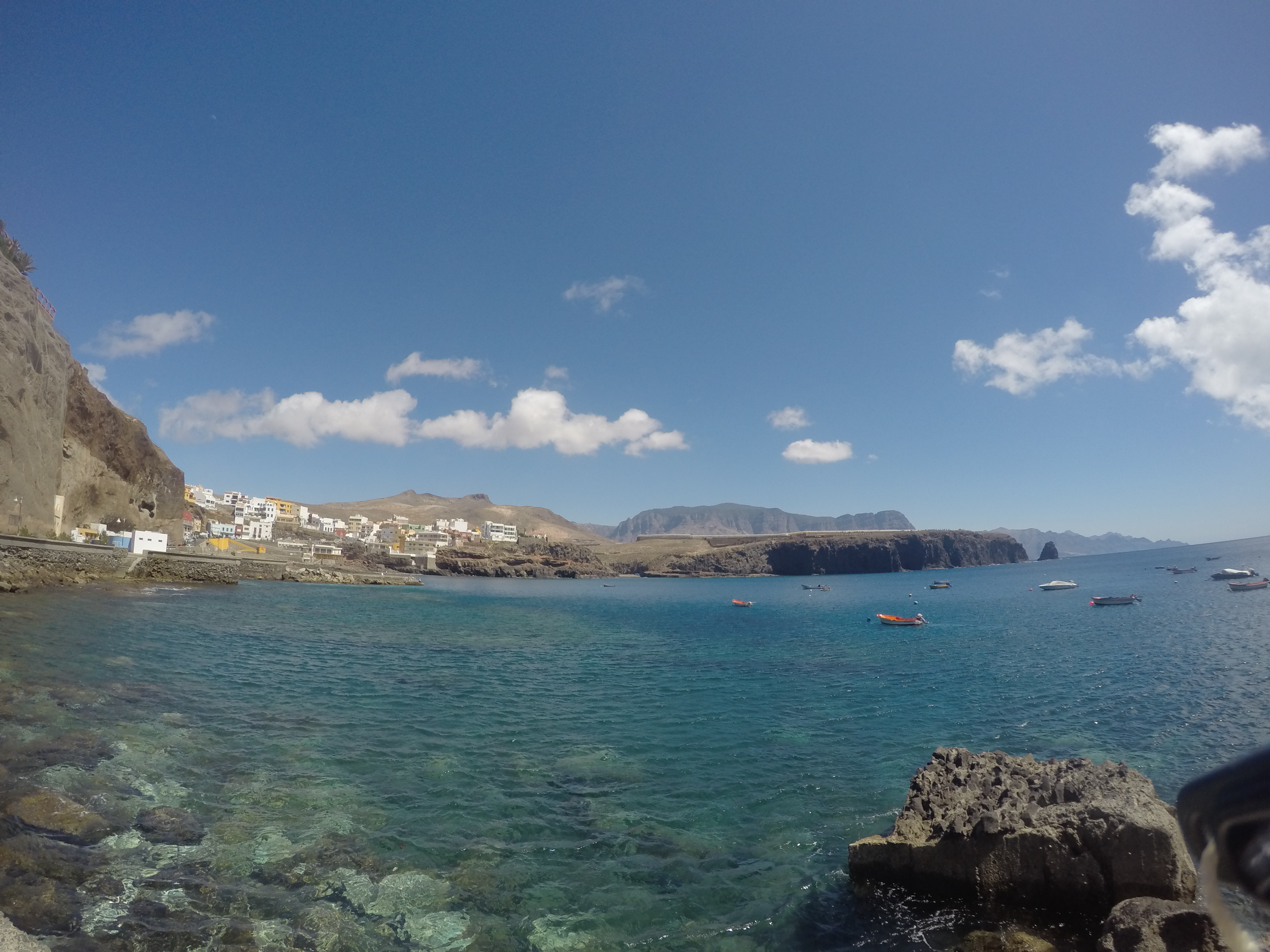 The bay at Sardina del Norte, a fishing village in the north of Gran Canaria, is one of the island’s most famous scuba-diving spots. © Photo by Eva Meyers

The bay of Sardina is particularly famous for one thing: diving. And like us, many divers come here during the day and at night to encounter the rare angel shark. 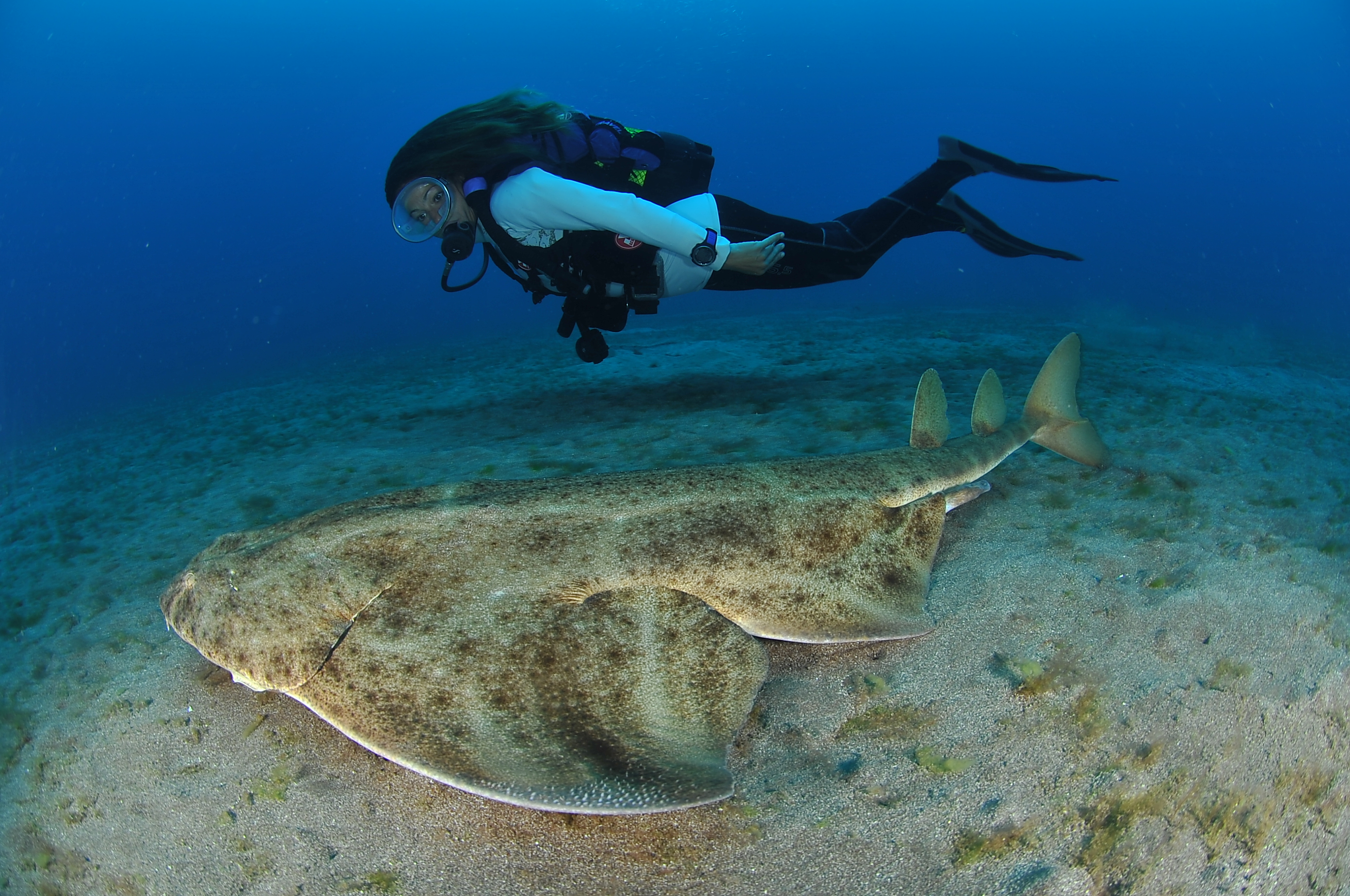 Angel sharks are masters of camouflage and are very difficult to find once they have buried their entire body in the sand, leaving only their eyes exposed. They usually rest in this position during the day and it takes a lot of training, and luck, to spot them. The trick is to look for their eyes, which sounds easier than it actually is. This shark has a flat body like a ray’s and a particular pigmentation pattern that makes it almost impossible to distinguish from its surrounding habitat, which in most cases is a sandy seabed mixed with rocks and sometimes sea grass. An angel shark in Lanzarote, found at a depth of 12 metres Angel sharks can come very close to shore and rest in the sand at a depth of no more than one metre. Photo by Carlos Suarez | Océanos de Fuego

The sandy seabeds and rock formations at Sardina are an ideal environment for angel sharks, and there is also an abundance of food, like small fish, crustaceans and cephalopods. The chances of encountering these sharks are much higher at night because that’s when they often become active in their search for prey. 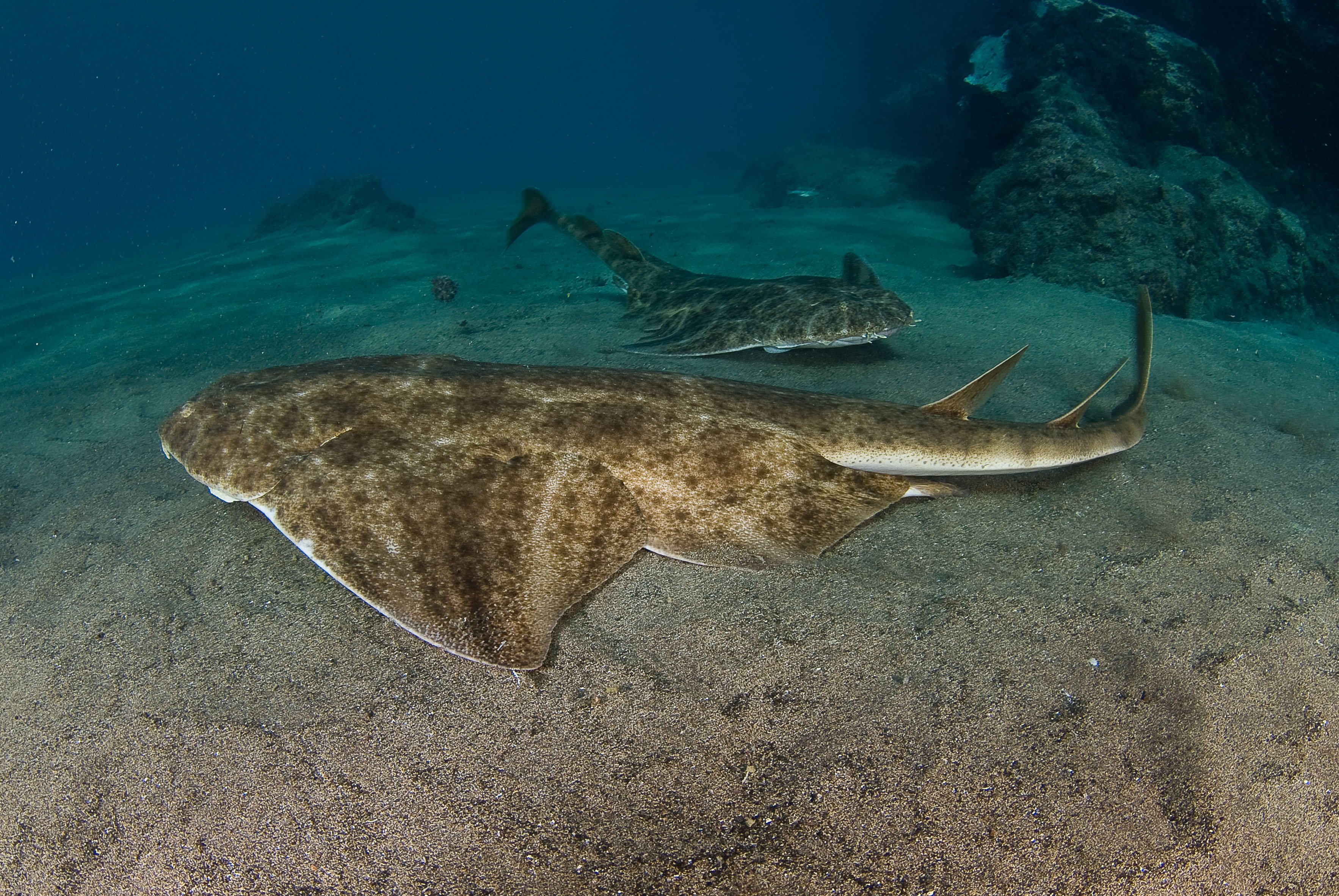 Last night, we saw a baby angel shark no more than 30 centimetres long swimming towards us. We followed it with our lights and it took us behind some rocks, where we could not believe what we saw – a group of no fewer than nine angel sharks feeding and resting. For a shark that is Critically Endangered and that has disappeared from almost its entire range, this discovery is amazing and highlights the importance of our work here in the Canary Islands. 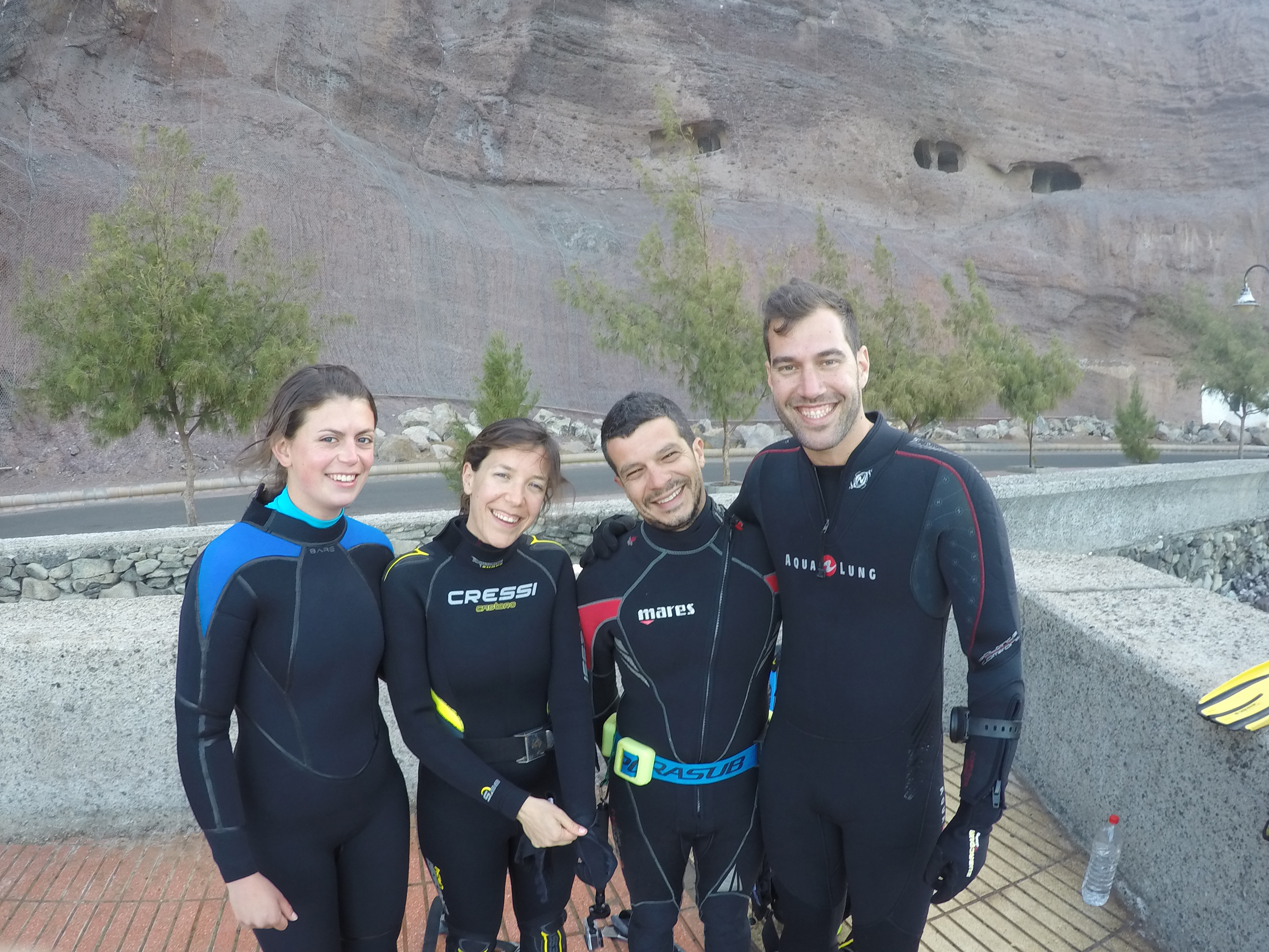