All about the bottlenose: an Endangered wedgefish in Malaysia

Amanda is doing DNA analyses to clarify the genetic structure of bottlenose wedgefish (also called whitespotted wedgefish), and her project aims to determine the local population structure and fishery threats of this species in Malaysia. She visits crowded landing sites to collect genetic samples and talk with local fishers to understand their perspective on catching bottlenose wedgefish. She uses fish landing site surveys and face-to-face interviews to understand which fishing gear is used, and assess catch profile information. Amanda hopes her work will inform conservation actions and provide gear-specific management actions to protect this Endangered species. I grew up in Kuala Lumpur, the capital of Malaysia and a city some distance from the ocean, yet ever since I was a kid I have been fascinated by marine life after watching wildlife documentaries. When I was 12 my passion for marine life burgeoned after my first visit to Underwater World Langkawi, an aquarium in Malaysia. For me, it was an eye-opener to see those amazing marine creatures. As my interest in the marine environment grew, I went on to pursue a BSc degree in aquatic resource science and management at the University of... 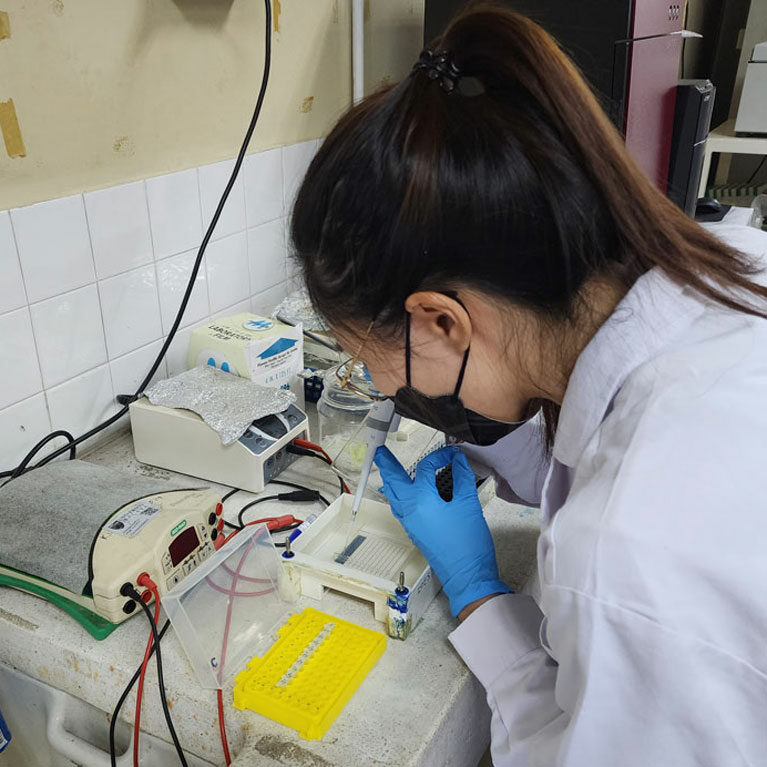 Uncovering information in the lab: using genetic tools for conservation
In the previous blog, I mentioned collecting tissue samples of the bottlenose wedgefish at various fish landing sites across Malaysia. So what do we do with the tissue samples? These tiny pieces of tissue are interesting because they contain DNA which carries information about the… 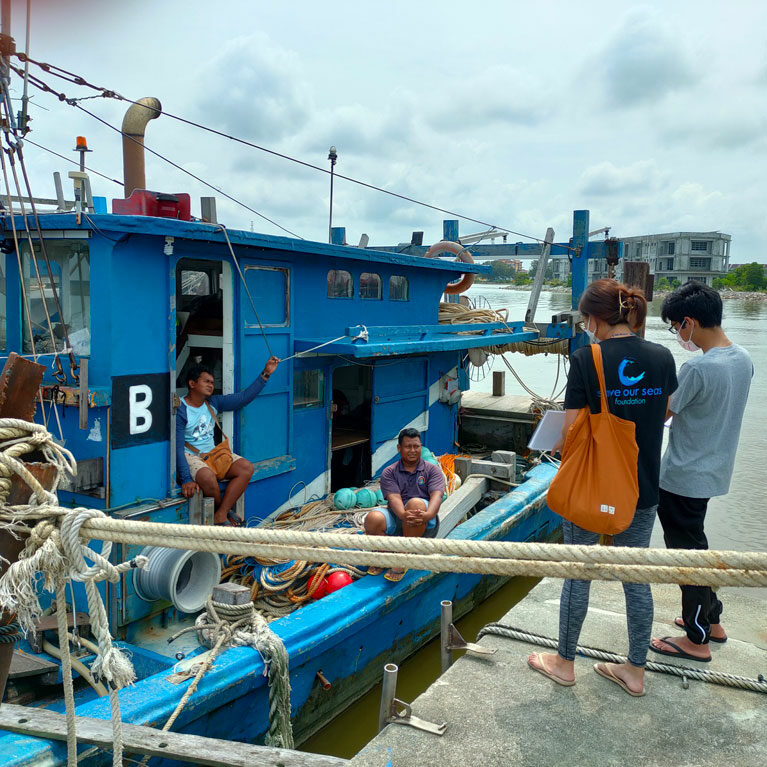 The quest for the endangered bottlenose wedgefish
“Their fins are valuable, and the meat is delicious!” “Most of the time, they were still alive when being caught in the nets.” “They are getting lesser now as compared to the past….”   These are some of the comments I often hear from fishers…
Project details

The aim of this project is to advance science-based management of the white-spotted wedgefish. Specifically, the project will clarify the genetic structure and population connectivity of this endangered species between different regions of Malaysian waters and will rank the threats posed by different types of fishing gear, especially as used by small-scale fisheries.

The white-spotted, or bottlenose, wedgefish is one of the top 10 ray species caught in Malaysia and prized for their fins and meat. It is often taken as by-catch and is also targeted by commercial fisheries. Determining the genetic structure and the degree of population connectivity of this species and the fishing gear(s) that pose the greatest threat to it will be important to inform fishery management actions.

The white-spotted wedgefish can be found throughout the Indo-West Pacific area, ranging from Thailand, Taiwan, the Philippines and Indonesia to the Australian subtropics. As a member of the highly-threatened family of Rhinidae, it is very vulnerable to overfishing because its reproductive rate is relatively slow, its body size is large and it inhabits shallow coastal waters where, throughout its range, fisheries operate using multiple types of fishing gear. Little else is known about the fine-scale population genetics and connectivity of this highly exploited species in Malaysia, which is part of the Sundaland bioregion.

The IUCN Red List of Threatened Species has recently reclassified all wedgefish species including the white-spotted, as Critically Endangered. This raises a huge concern, as the white-spotted wedgefish is not legally protected in Malaysia. The absence of species-specific landing data and other relevant studies aggravate the issue where the threats to this species are as yet unrecognised. Although commercial fishery operations, especially trawlers, are often seen as the culprits that overexploit local fish populations, the impact of small-scale artisanal fisheries operating in the nearshore waters inhabited by the white-spotted wedgefish is much less known. This project, therefore, aims to advance science-based advocacy for the protection of animals by addressing essential research gaps. Specifically, the project aims to clarify the population structure and degree of connectivity of the white-spotted wedgefish using molecular tools, and at the same time objectively evaluate fishery threats of both commercial and artisanal fisheries to this poorly studied species.