Mysterious creatures on the edge of human settlements

At first sight, the unconventionally odd looking sawfish, with their chainsaw-like snout called rostrum seems like a creature you may find in a mad scientist’s lab. However, you might be surprised to learn that these captivating animals reside in shallow coastal areas and rivers, close to human settlements.

Sawfish habitats – then and now

Historically, sawfish appeared in high abundance throughout an estimated 78 countries, spanning all the world’s tropical oceans. Today however, many researchers believe that sawfish have gone extinct in much of their former range.

Though scientific data on sawfish is lacking in comparison to other species of sharks and rays, researchers do know they inhabit a wide range of habitats including coastal, tropical and subtropical waters and are one of only a few species of elasmobranch that can survive in fresh and saltwater environments. As juveniles, sawfish use mangroves and estuaries to protect themselves from predators. Later in their lifecycle, sawfish leave the river systems they are typically born in, moving to coastal and offshore ocean areas.

Unfortunately for sawfish worldwide, habitat modification such as damming of rivers, aquaculture and urban development are resulting in the loss of mangroves. This is one of the biggest factors threatening their survival. At present, sawfish populations seem to be relatively safe in only two locations — northern Australia and Florida. 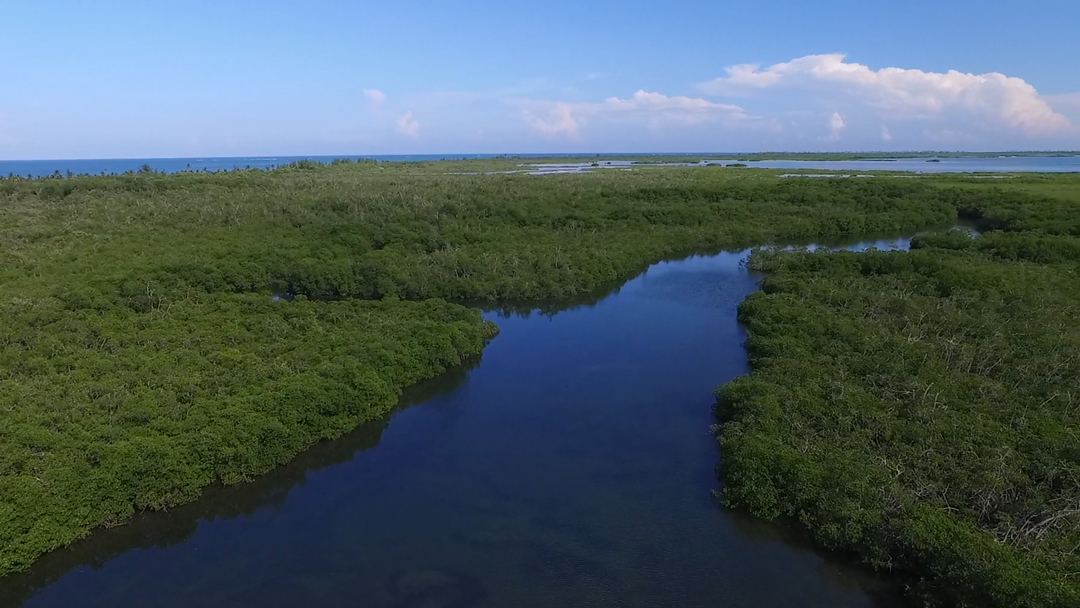 ‘National protections are an important aspect of sawfish conservation,’ says SOSF Project Leader, Colin Simpfendorfer. ‘This is because protection measures remove monetary values from the animals and focuses efforts on reducing the effects of threats.’

Colin credits this as the reason for Florida’s sawfish conservation success, allowing populations of smalltooth sawfish to stabilise and show signs of increasing.

‘The key in Florida was providing protection from commercial fishing through policies like 1994’s gillnet ban,’ Colin explains. ‘The broad protection of key sawfish habitats like Everglades Nationals Park were also critical to recovery efforts because coastal development can remove mangroves that are essential for these species’ to survive.’

Colin believes that the loss of coastal and estuarine habitats which are crucial in the early life stages of sawfish will continue to have significant negative impacts on populations unless protections are put in place and educational initiatives for the public are implemented.

‘It is important that we not only reduce catches in fisheries, but also protect habitats. We need both of these protections to be effective to conserve these magnificent animals.’

Colin’s collaborative project, Global Sawfish Search will use a new, environmental DNA (eDNA) approach to seek out the remaining populations of sawfish throughout the world. eDNA tests water for fragments of sawfish DNA to better understand where they still occur.