What will global warming mean for sea turtles?

I’m a sea turtle guy through and through. I grew up snorkelling all on my own as a kid, and as the years went by and the kilos piled on I got hooked on sea turtles – it was hard not to, really. One thing led to another and I found myself in charge of a turtle project in Saudi Arabia back in 1989. I came over to Malaysia in ’93, and from there the whole Indo-Pacific opened up to me. I have roamed the seas and oceans ever since, doing my turtle thing. 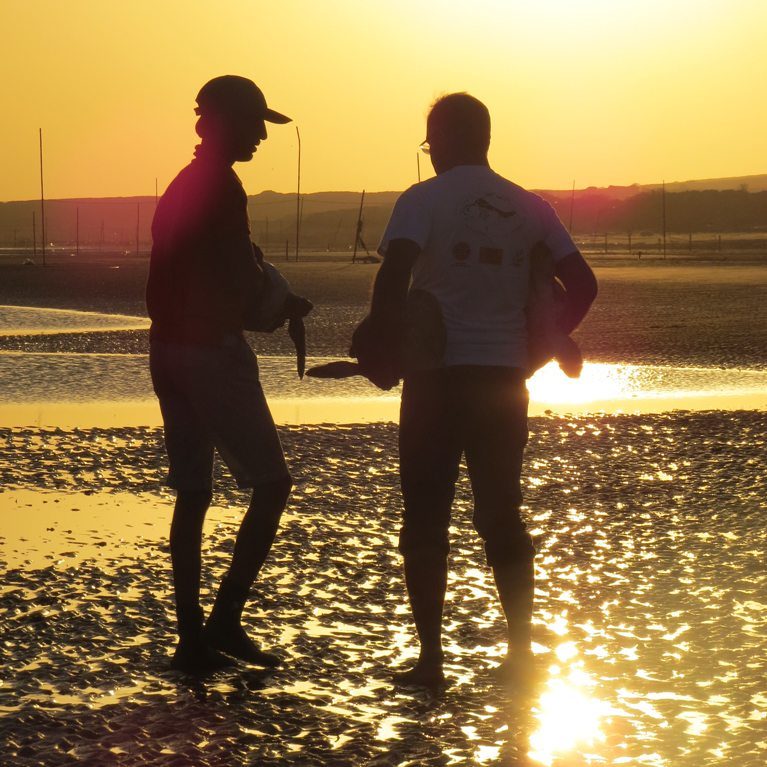 Climate change: turtles in hot water
When you think of climate change, you normally think of raging storms, snow in the summer, melting glaciers, rising sea levels, islands disappearing beneath the waves. I bet it rarely occurs to you to think of sea turtles… But I do. Pretty much all the… 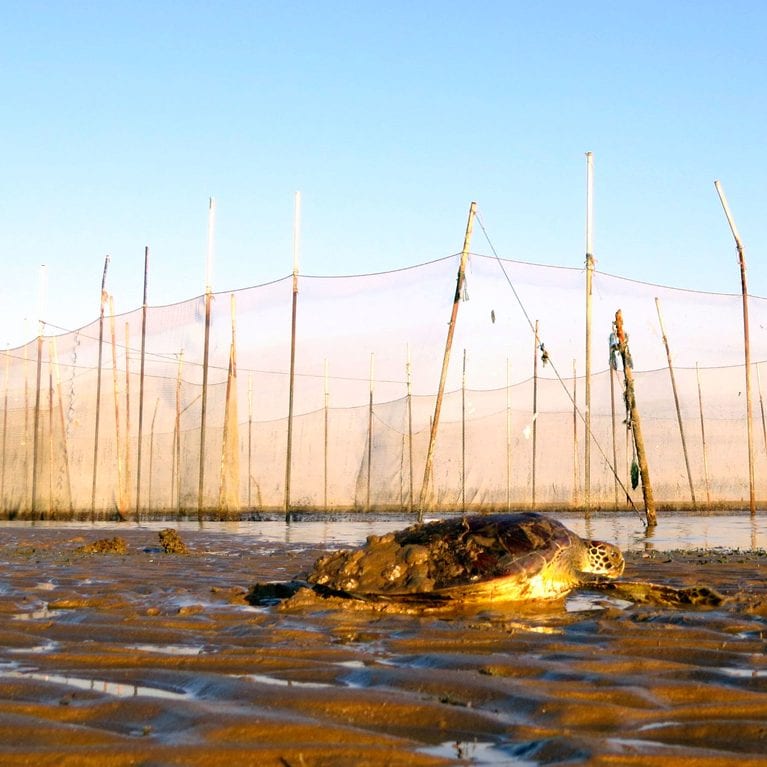 Sea Turtles. Family. Research. Iran. Amazing.
When scientists publish their pointy hat research papers in hard-to-read scientific journals, they are required to add something called Keywords – these are words that allow other scientists to find the papers easily when they do online searches. They are one or two-word descriptors of…
Project details

We aim to determine whether ambient temperatures impact sex ratios in sea turtles, using the Persian Gulf as a living laboratory for studying climate change impacts. To do this we will ascertain nesting beach temperatures, sex ratios of wild turtles, and link nesting beaches to foraging populations using genetic analysis.

Sea turtles are imperiled across their range. They suffer as fisheries bycatch; are hunted; their eggs are collected; habitats are lost and degraded; and climate change alters natural temperature regimes. The impacts of climate change are worrying, as evolutionarily sea turtles have temperature-dependent sex selection. However, the potential climatic impacts are mostly unknown: increases in temperature could lead to feminisation of turtle stocks, or limit embryonic development altogether. Rising sea levels could impact turtles, as beaches become shallower and eggs are laid closer to the warmer surface; the eggs may be eroded due to storm effects, or turtles might abandon nesting altogether. Understanding the impacts of climate change is paramount if we are to devise biologically sound conservation strategies in time. The problem is that most studies of climate change impacts are theoretical – but the Persian Gulf offers a wonderful opportunity to study these impacts in real life.

Turtle populations in the Persian Gulf have been under increasing pressures since the discovery of petroleum reserves in the 20th century. Since then the region has experienced substantial growth in human populations and unparalleled industrial and commercial development, and key turtle feeding and foraging habitats have been degraded. Compounding this, turtles inhabiting the Gulf do so under extreme climate conditions, with lethal high temperatures during summer months and stunning cold temperatures during winter months. These climate extremes offer us an opportunity to understand impacts of global climate change on marine turtles in real time. The focus of our work will be on herbivorous green turtles, which forage on shallow seagrass beds found across large areas in the lower Gulf. While green turtle nesting turtle populations have been well documented in the Gulf, scant information exists on foraging populations given the difficulties in accessing populations widely distributed at sea. Data on this dominant phase of turtle live cycles are critical to determine how turtle populations will be influenced by various natural (e.g. climate change) and anthropogenic (e.g. fishery pressure) stresses. Unfortunately, there is no published information on sex ratios in the wild or on the dynamics of turtle populations with regard to growth, survival and sex ratios. Studies on turtles in foraging areas can reveal important factors affecting health of breeding populations, and these can be used as early warning systems about population status.

In addition to stresses induced by degraded coastal habitats and nutrient limitations, turtles in the Gulf are at the extreme northern limit of their range, withstanding rapid temperature fluctuations from lethally high temperatures (up to 35oC) during summer months and stunning cold temperatures (down to 15oC) during winter months. Limited incubation temperature data also suggest eggs in the region develop at or above 34oC, at the higher extremes of thermal tolerances. The combination of living under extreme climatic conditions and increasing anthropogenic impacts has the potential to undermine survival prospects for marine turtles of the Gulf, as residence at these extreme foraging habitats is influenced by food availability and competition, and compounded by environmental stress. Mean global surface temperatures have warmed by approximately 0.6°C in the last century and modeled projections for climate change in the next 100 years predict further accelerated warming. Biodiversity conservation strategies must therefore look to the future and plan for potential outcomes over a range of possible changes in global, regional and local climate, but anticipating species’ reactions to climate change is problematic given the time frames and temperature gradients. If marine turtles are not able to adapt to changes in pivotal temperatures (above which females are produced and below which males are produced), this could have notable repercussions for Gulf turtle in future years. Given the Gulf already experiences extremely high temperatures during when sea turtles reproduce, we aim to determine if there has already been an impact to natural sex ratios, or if turtles have demonstrated an ability to adapt to the warmer climate. If they have, this might offer some glimmer of hope for turtles in other locations. We suggest that the Persian Gulf offers a ‘living laboratory’ for understanding impacts on population demographics as a result of climate extremes, and that marine turtles are ideal study subjects. This project will provide information on foraging turtles with respect to gender ratios and population structure, and link these to incubation temperatures with a view to better understanding impacts of climate change on turtles. The findings will be of global value in understanding how/if marine turtles adapt to climate change, and provide an opportunity to develop targeted conservation programmes.