When you think of climate change, you normally think of raging storms, snow in the summer, melting glaciers, rising sea levels, islands disappearing beneath the waves. I bet it rarely occurs to you to think of sea turtles… 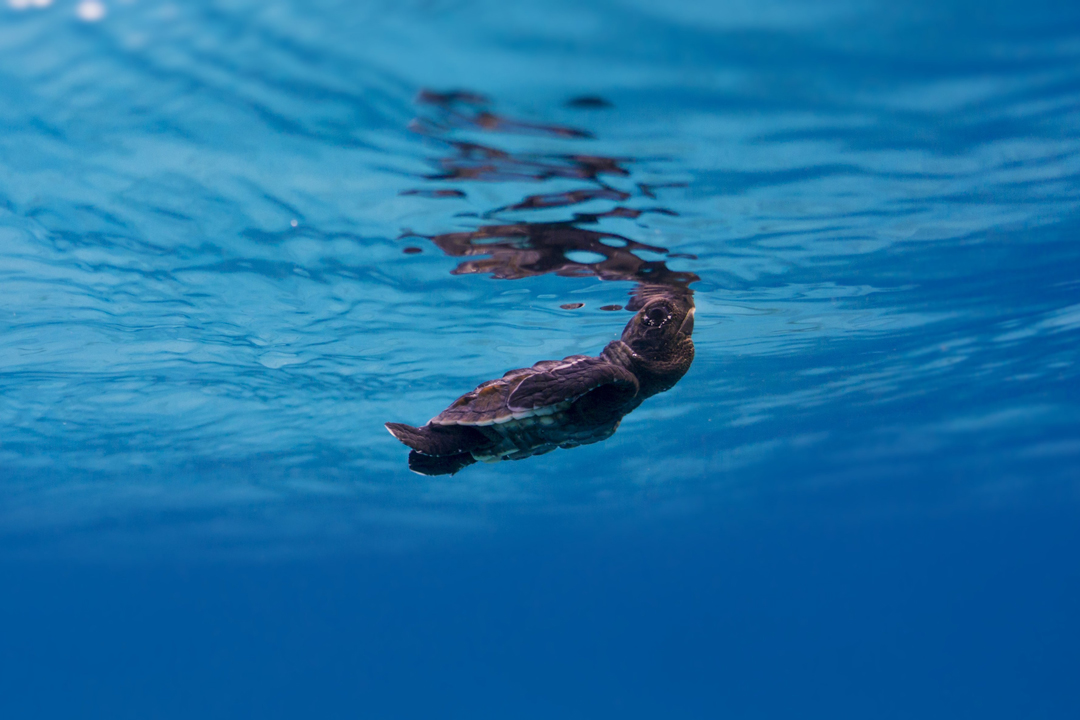 But I do. Pretty much all the time, and that’s why climate change and turtles have me a bit worried. I’m a self-confessed turtle geek, and understanding how turtles cope with temperature is a very, very keen obsession of mine. You see, turtles have temperature dependent sex determination, or TSD, whereby the temperature of the sand in which their eggs are incubating determines whether they end up being female or male. Girls or boys. ♀ or ♂. 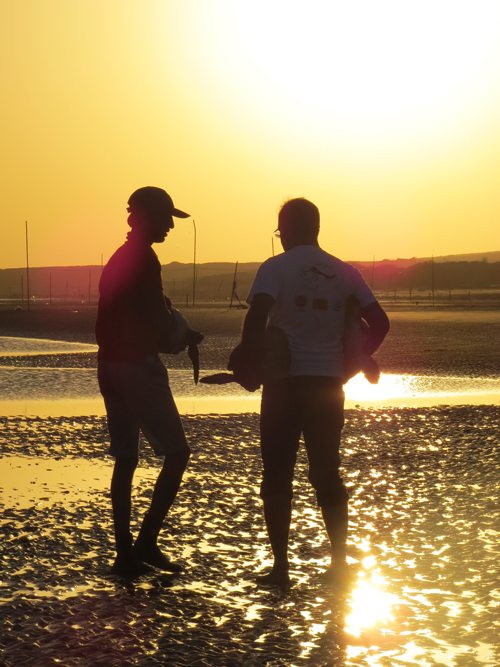 Double-handed: often there are so many turtles we bring them up two at a time! Photo © Nasrin Hejazi

So when you think of climate change, and particularly a warming planet, you have to wonder if this warming will lead to some frightening bias in the production of females and males. In theory, we should see a greater number of females; and indeed in some parts of the world scientists are already starting to see this. 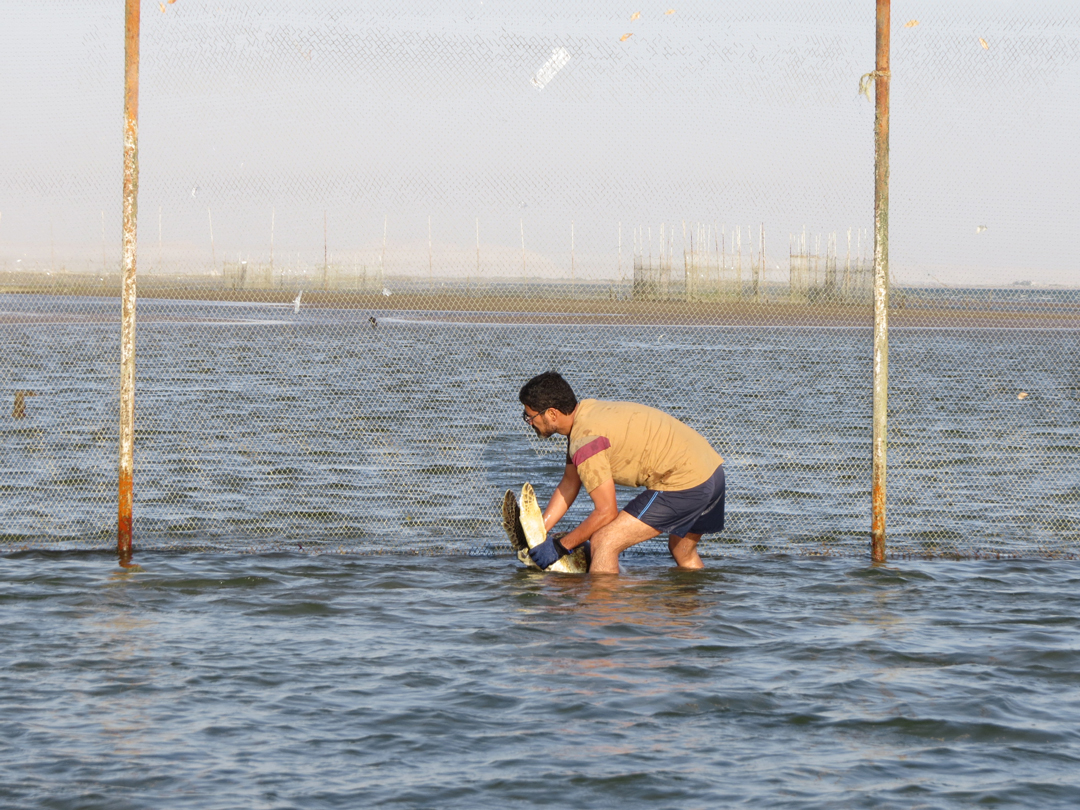 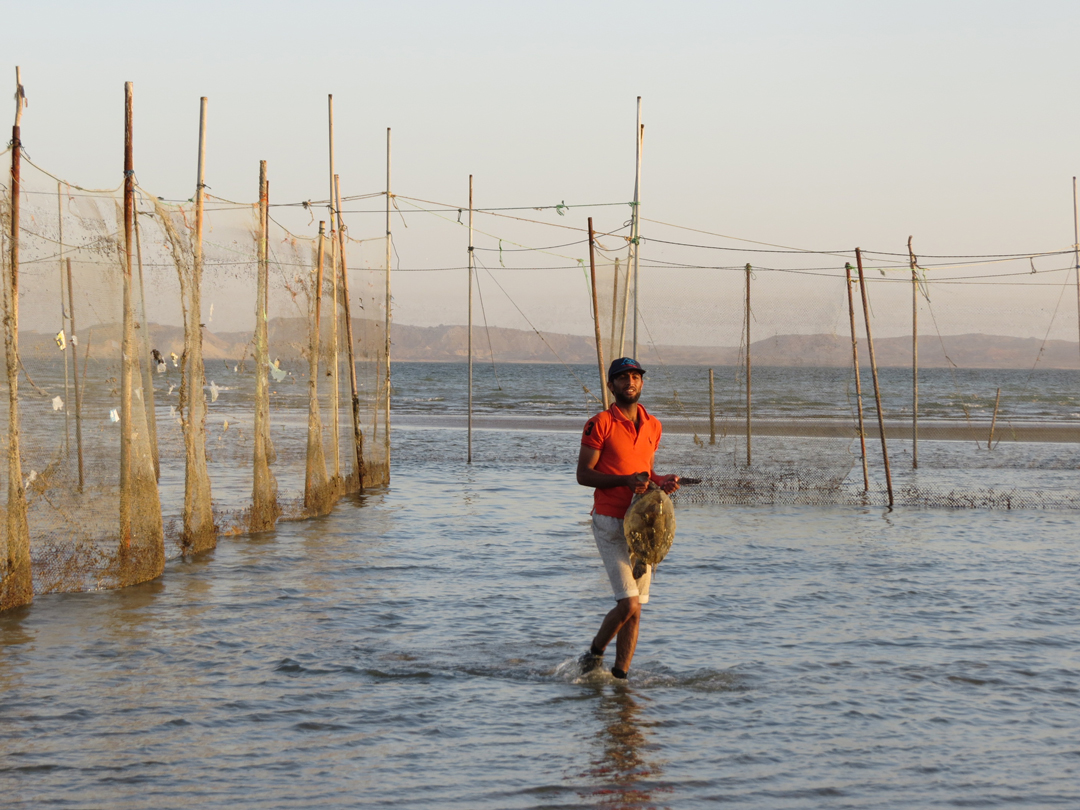 Hodjat bringing a turtle up to the beach for processing. Photo © Nasrin Hejazi

But to get to study climate change and temperatures that change over hundreds of years, a great opportunity lies in studying sea turtles in the Persian Gulf, which is already experiencing extreme temperatures that are predicted for other key turtle places in the world. It’s like a living laboratory for studying climate change impacts… The Gulf hits 50oC on a normal summer day! During the summer months when turtles nest, temperatures are always above 40oC during the day. But the magical number – known as the pivotal temperature – whereby turtle sex is decided is known to be about 29.5oC elsewhere. So, in theory, the Gulf should be producing only females. This is somewhat alarming, you might think. 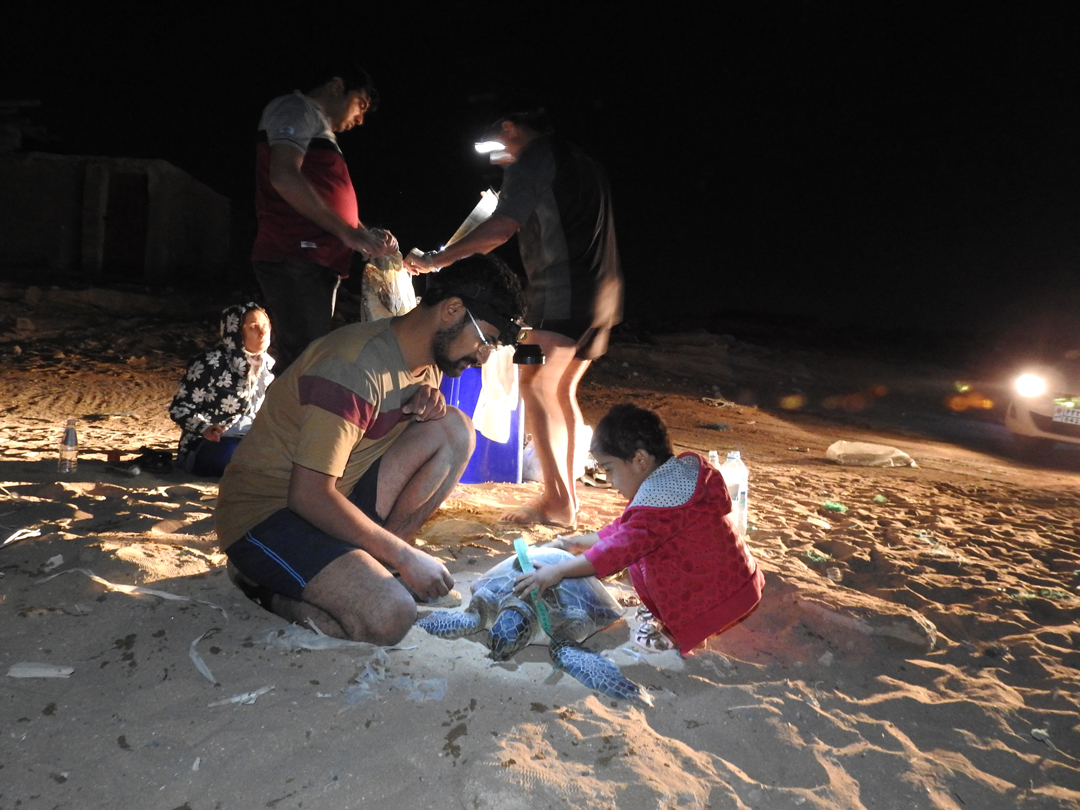 What I am finding is that this is not the case. In Iran (and earlier in Qatar) where I study sea turtle sex ratios, I am finding quite balanced numbers of males and females. So is temperature not really such an issue…?

Well, turtles have survived on Earth – well mostly in the oceans – for some 100 million years, and in that time the planet has warmed and cooled many times. If turtles could not adapt to warmer or colder climates, surely they would have gone extinct by now. But they haven’t. They thrive across the tropics and sub-tropics. 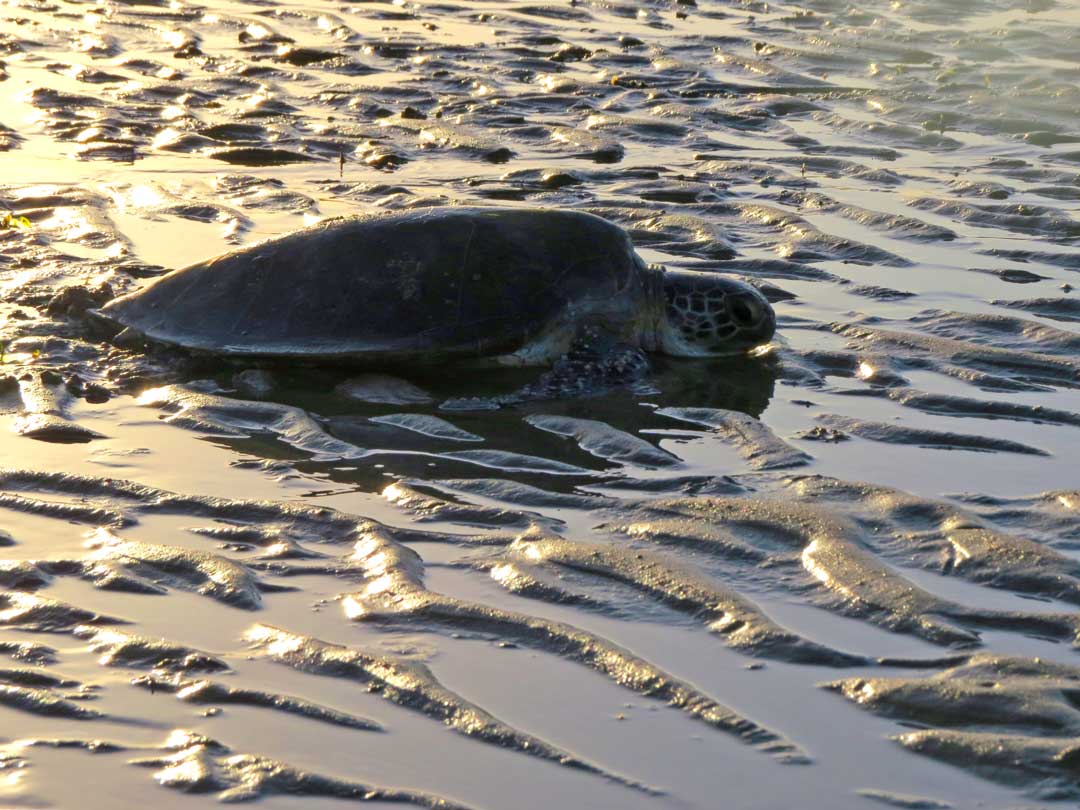 A green turtle returning to the sea after being processed, as the tide slowly rises. Photo © Nasrin Hejazi

This tells us that turtles can adjust that magical pivotal number. But unfortunately the temperature rise this time around is unprecedented. It’s something like four times faster than it has ever been in the past. So while turtles have the ability to adapt to change, what they might not have is the ability to adapt to the rate of change we are currently experiencing. Now there is a worry… 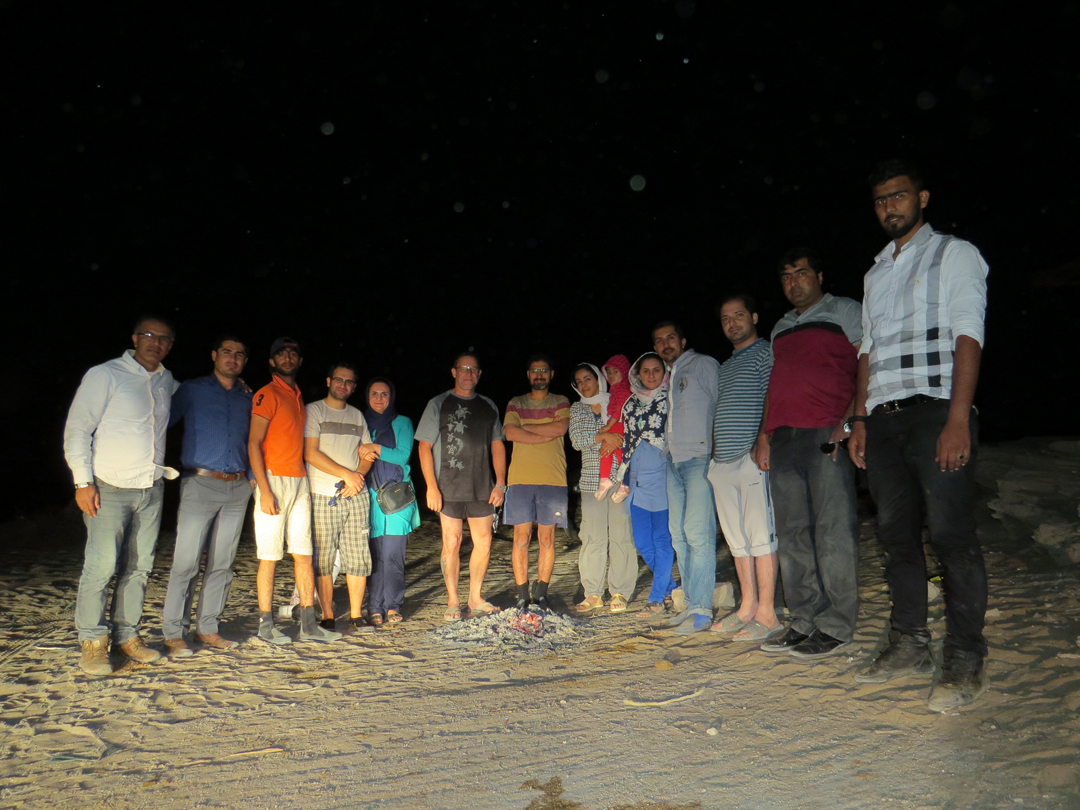 The team after a long and busy night. It was so cold we built a fire and periodically all went up to it for warmth.

For more on turtles and climate change, stay tuned for updates from our research in Iran ☺

Project
What will global warming mean for sea turtles?