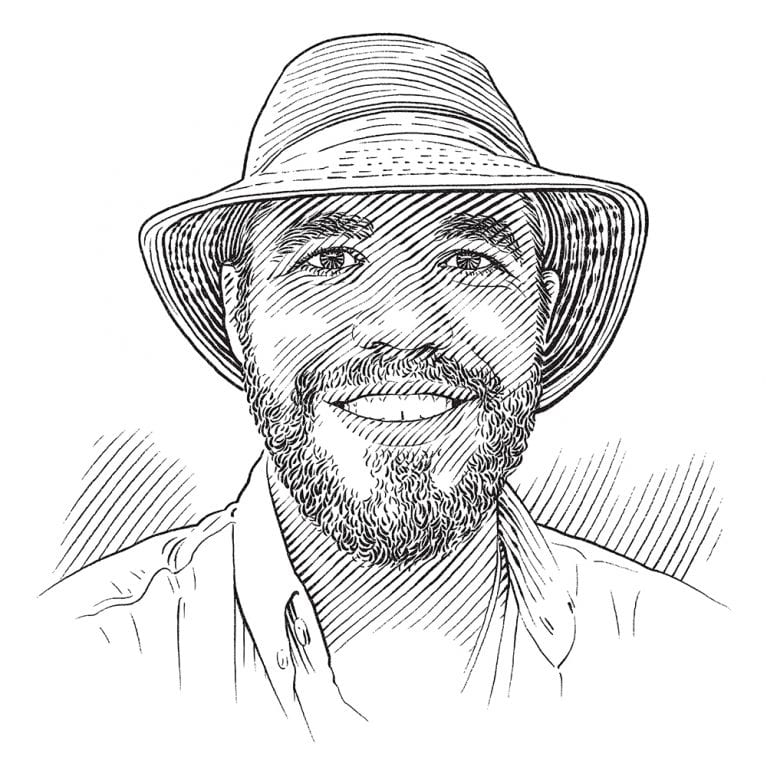 Marine conservation is not a career path chosen by many people who grow up on the prairies of Canada. With thousands of kilometres between my home town and the ocean, ‘marine biologist’ seemed like an exotic profession that was out of reach for a kid in Manitoba. All that changed with a trip to the Galápagos Islands in 2009. I remember it like it was yesterday: snorkelling along a deep channel between two rock pillars shooting up 500 metres (1,640 feet) out of the ocean. I was staring down into the endless blue when, suddenly, three scalloped hammerhead sharks emerged... 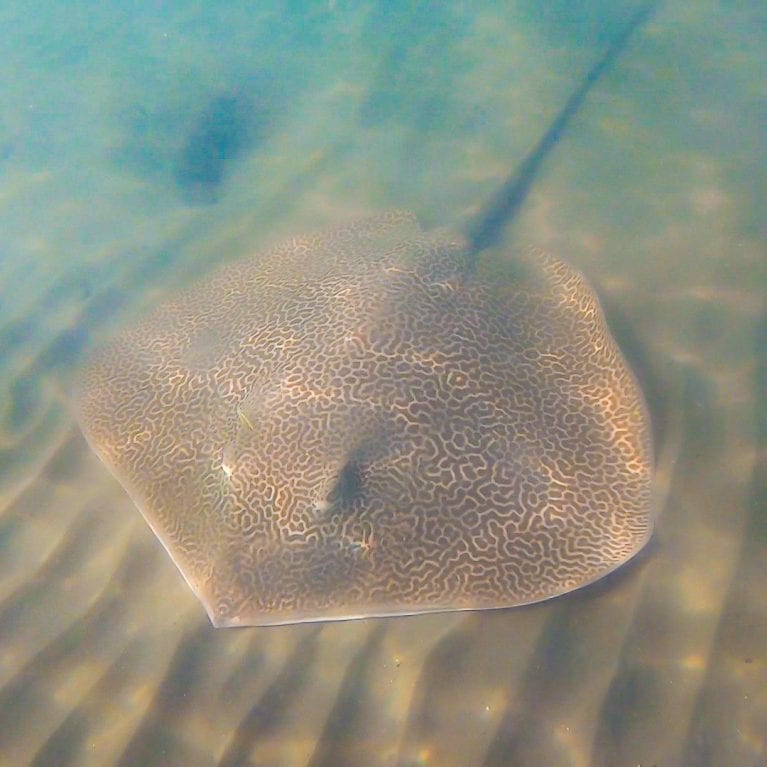 Confessions of a stingray stalker
As a kid, you were probably taught that spying on other people is wrong. Despite the warnings, I’m sure many of you have, at some point in your life, spied on a friend, neighbour, or complete stranger. Sometimes we just can’t help it. You see…

Does Size Matter? – Unravelling the Relationship Between Ray Size and Feeding Pit Size
If you’re ever walking out on a sand or mudflat at low tide, I recommend you watch your step. If you don’t, you will likely end up tripping on a hole. I spend a lot of time walking on the sandflat at Lucinda, Queensland, Australia…
Project details

Birds-eye view: Using drones to assess the roles of rays in coastal sandflats

Batoids are among the most threatened groups of marine fishes, with global population declines occurring through targeted fishing and by-catch. The affinity of batoids for coastal habitats and their large body size makes them particularly susceptible to fishing pressures and their slow growth rates and late maturity make recovery of populations slow. Globally, 20% of batoid species are threatened with extinction; however, this number is predicted to rise based on current exploitation levels and lack of protection in commercial fisheries. There is currently a lack of general ecological knowledge about batoids, their critical habitats, and their roles in marine ecosystems. Thus, there is an imminent need to assess the status of batoid populations and understand the roles of batoids in marine ecosystems to gauge the consequences of removing them and to establish critical habitats for protection.

Batoids, commonly referred to as ‘rays and skates’, are a diverse group of primarily marine fishes, with 633 described species in 26 families (Last et al. 2016). Due to their flattened morphology, batoids are well adapted to shallow-water habitats and are often the most abundant large predators in intertidal sandflats (Pierce et al. 2011; Vaudo & Heithaus 2009). Batoids are benthic foragers that excavate sand pits to feed on invertebrates buried in the sediment (Gilliam & Sullivan 1993; Vaudo & Heithaus 2011). This type of foraging is disruptive, stirring up sediment into the water column and leaving a distinctive pit in the sand (Takeuchi & Tamaki 2014). Studies have suggested the excavation of sediments from batoid foraging activity is important for bioturbation of marine sediments and release of organic nutrients into the water column (Hines et al. 1997; O’Shea et al. 2012; Thrush et al. 1991). Methods used to study bioturbation rates of batoids have included manually counting pits, filling pits with sand to calculate volume, aerial surveys using manned-aircraft, and estimating the volume of pits based on generalizations about pit shape (Hines et al. 1997; O’Shea et al. 2012; Takeuchi & Tamaki 2014). These methods can be costly, time-consuming, and limited in terms of spatial scale, resolution, and accuracy. Additionally, studies on bioturbation rates of batoids have not considered sandflats with multiple batoid species despite potential differences in habitat use, abundance, and foraging behaviour among species which may greatly influence bioturbation rates. Similarly, foraging rates of individual batoids have not been studied in detail. With this study, I will develop new and innovative field methods using drones to measure the bioturbation rates of batoids on a sandflat, establish individual and species-specific foraging rates, and determine if pit counts can be used to estimate batoid abundance on a sandflat.