How many times have you observed a predator perform a natural feeding event? The answer is probably not very many. This is because observing natural predation events in nature is rare due to the limited time we spend observing individual animals. Observing natural predation events of marine animals is even less common as predation events typically take place below the surface. As a result, our knowledge of when, where, and how many times per day marine predators feed is lacking for many species despite the importance of foraging in the ecology of animals. 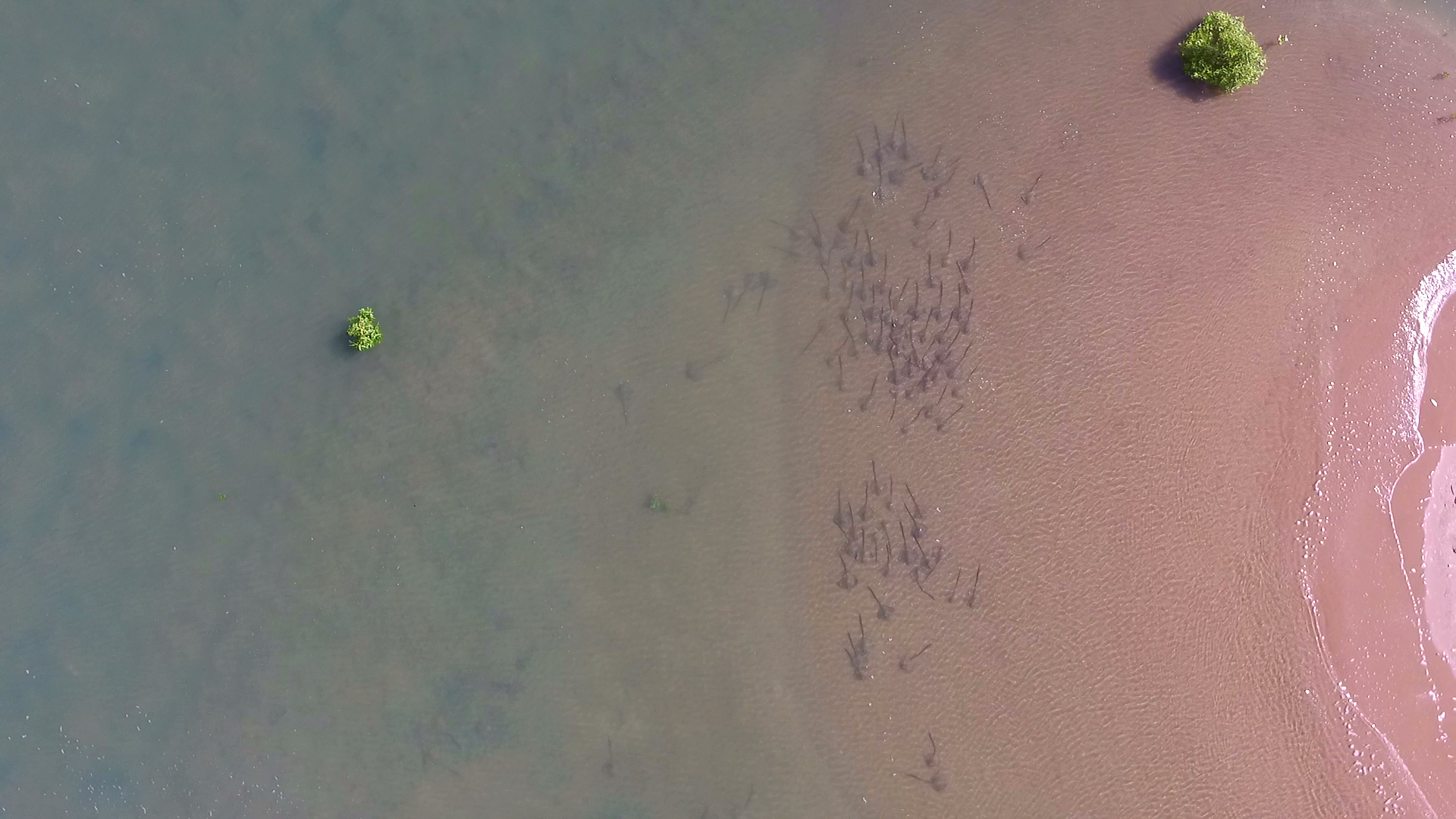 Stingrays are among the most common predators that inhabit coastal sandflats. These areas are important foraging grounds for stingrays as can be evidenced by the numerous feeding holes left on the sandflat when the tide goes out. Stingrays are benthic foragers that use a combination of suction, jetting water from their mouth and gills, and fin flapping to dig invertebrates from the sediment. In my previous blog post, I discussed how feeding pit sizes are more influenced by the time spent foraging and the foraging behaviour observed than by the size or species of stingray based on 324 measured feeding pits. You might have been wondering, how many stingrays were responsible for these 324 feeding pits? Was it more or less than 324 stingrays? 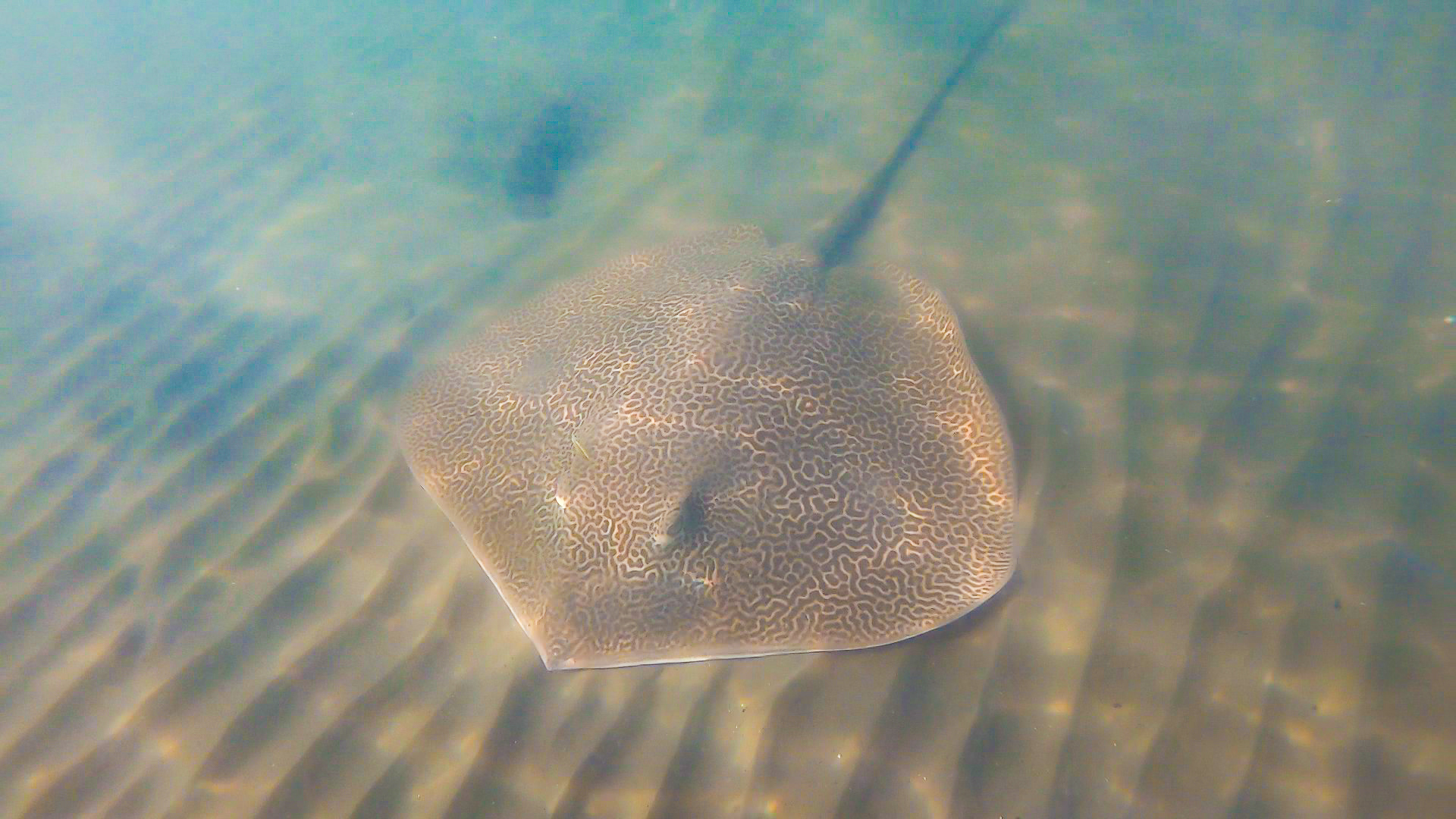 From the outside looking in, it is reasonable to assume that individual stingrays make more than one feeding pit over the course of a tidal cycle. At the same time, it is also reasonable to assume that limited observation time would make it unlikely to observe a feeding event due to the rarity of observing natural feeding events. However, in the case of stingrays, the former is more common than the latter. 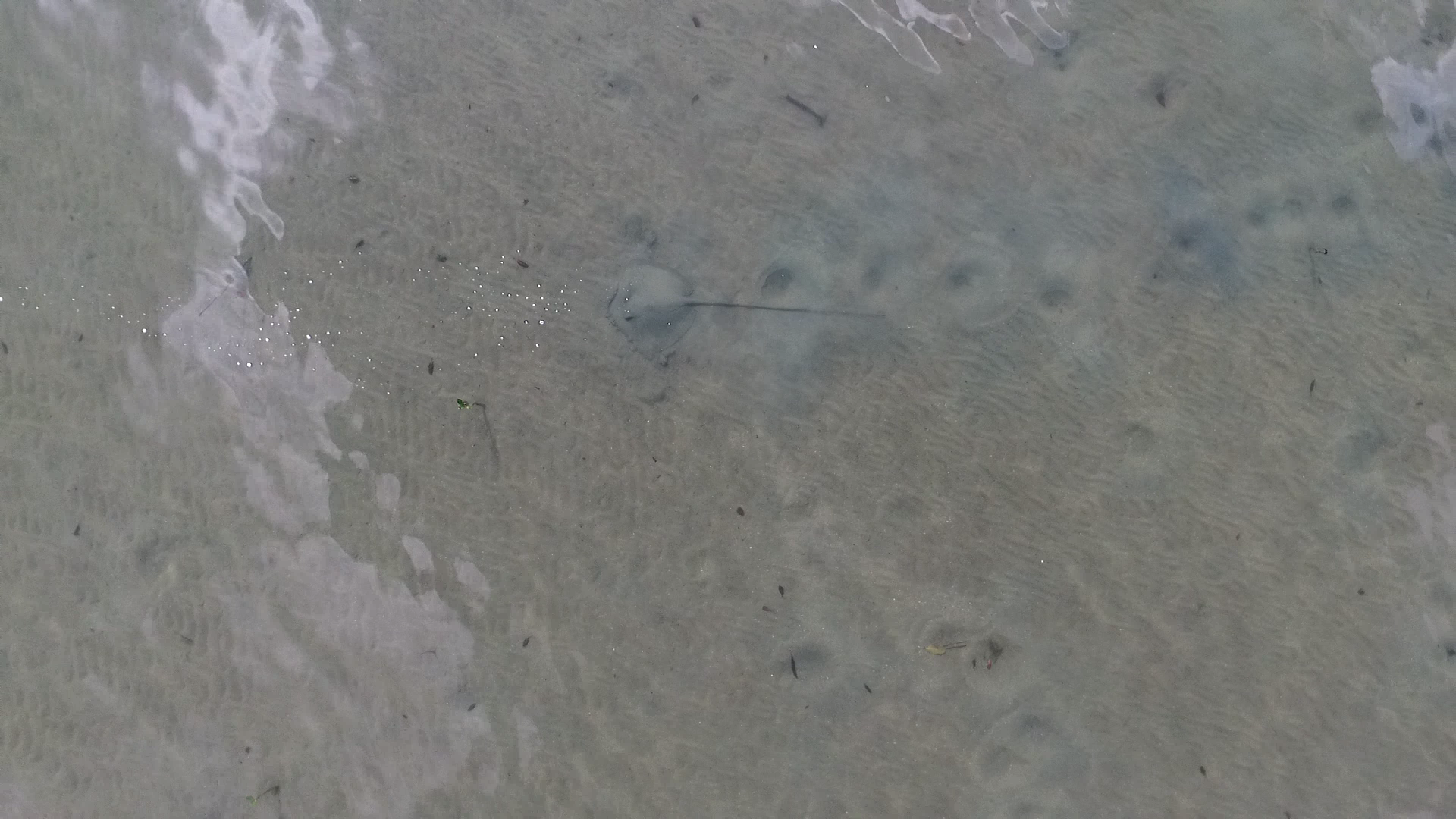 Screenshot of a foraging Australian whipray with a trail of eight recently made feeding pits behind it. Photo © Kevin Crook

Why do we care? Well, the sediment disturbance caused by stingray foraging is an important ecosystem process. Foraging activity releases nutrients trapped in the sediment and at the same time oxygenates the subsurface sediment layers. Additionally, the pits created collect organic matter and help spread out nutrient delivery in relatively nutrient-poor systems. The difference in foraging rates among species suggests that the Australian whipray may play a more important role in the ecosystem than the cowtail stingray; however, differences in abundance and fine-scale habitat partitioning will also influence the species’ roles. Stay tuned for more.