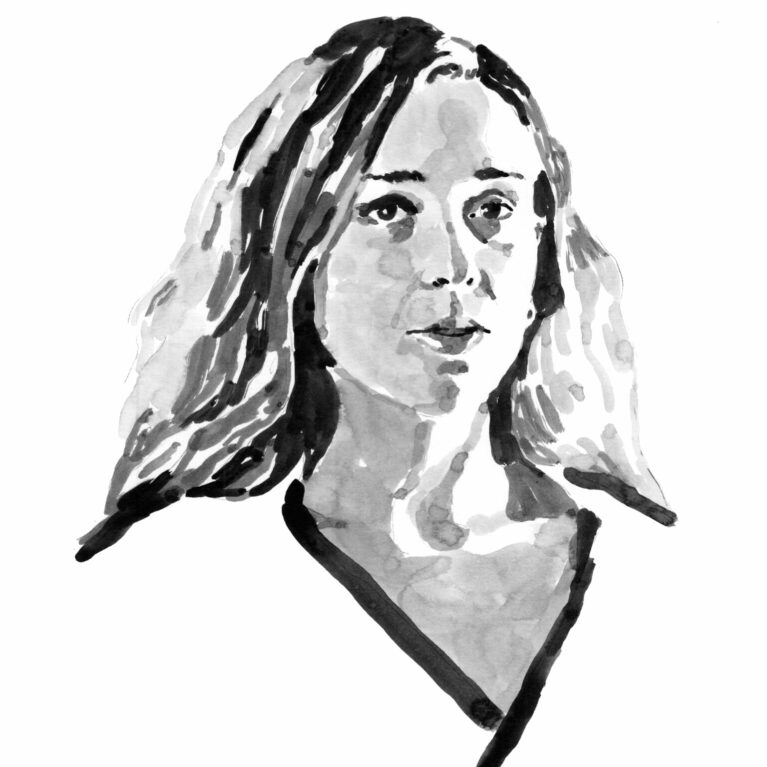 I grew up in a small town called Haltern am See in North-Western Germany. My dad used to be a professional swimmer and passed his passion on to me and my sister. As a result, I spent most of my childhood in or on the water and it has become the element I feel the most connected to and fascinated by. Like all children, my sister and I were tireless when it came to asking questions about the world around us, but my parents left not a single question unanswered. If they couldn’t give us an answer, we looked it up together. I think this... 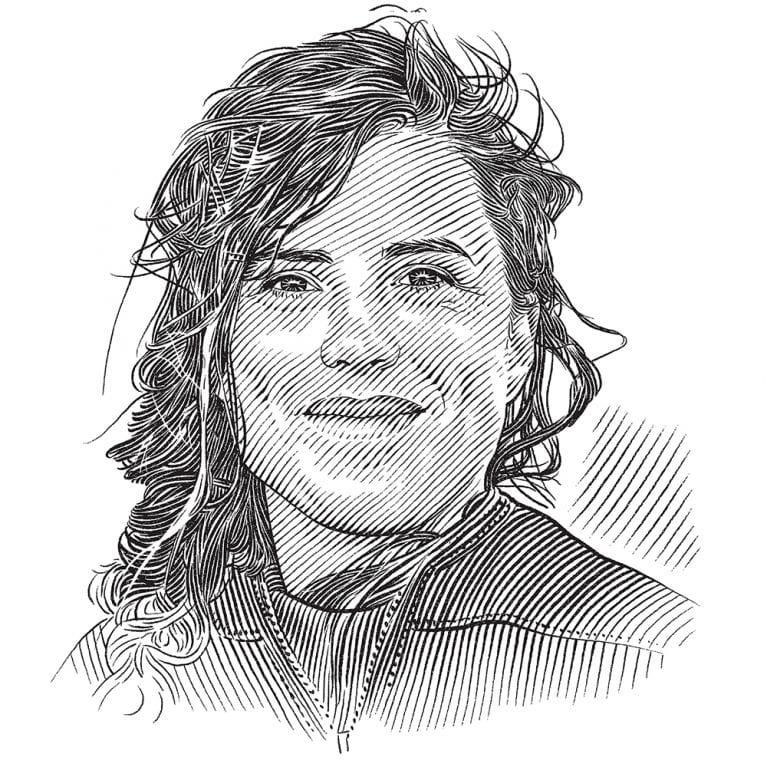 I come from a small town located at the foot of the Swiss Alps, on the shores of Lake Maggiore, so it seems inevitable that it has taken me quite some time to be confident enough to state just who I am. I have always been fascinated, but also somewhat intimidated, by the marine environment, especially during my childhood, and few people close to me would ever have anticipated that I would have pursued a career in marine science. Nevertheless, now more than ever, I identify myself as a ‘sea person’. There is no other place where my mind is... 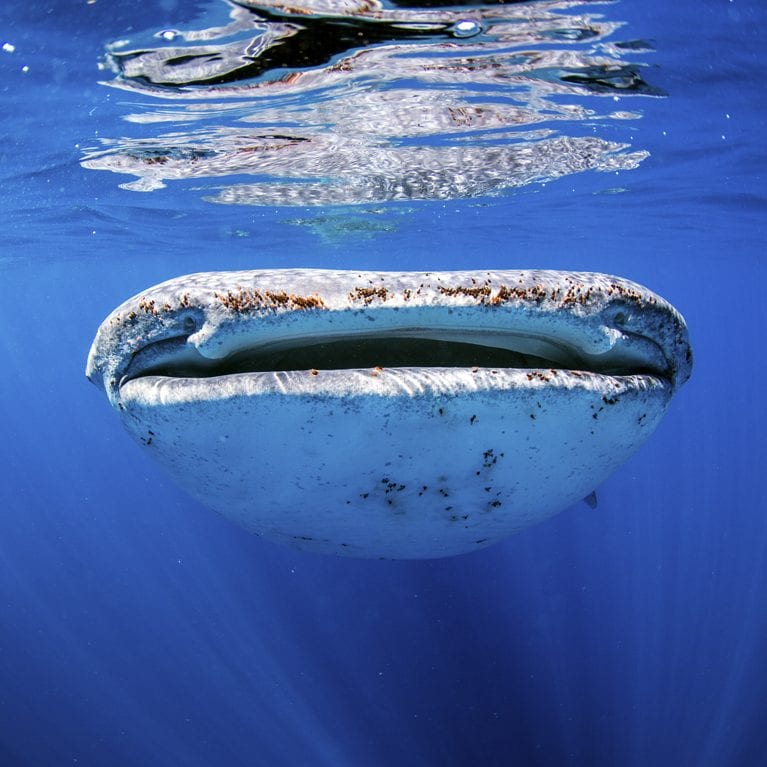 The COVID 19 situation & what we can learn
Like so many others I am housebound and therefore have had to work from home for the past two months. Carrying out fieldwork on our gentle giants has become a much-treasured memory. With the travel, and various other restrictions due to COVID 19, we had… 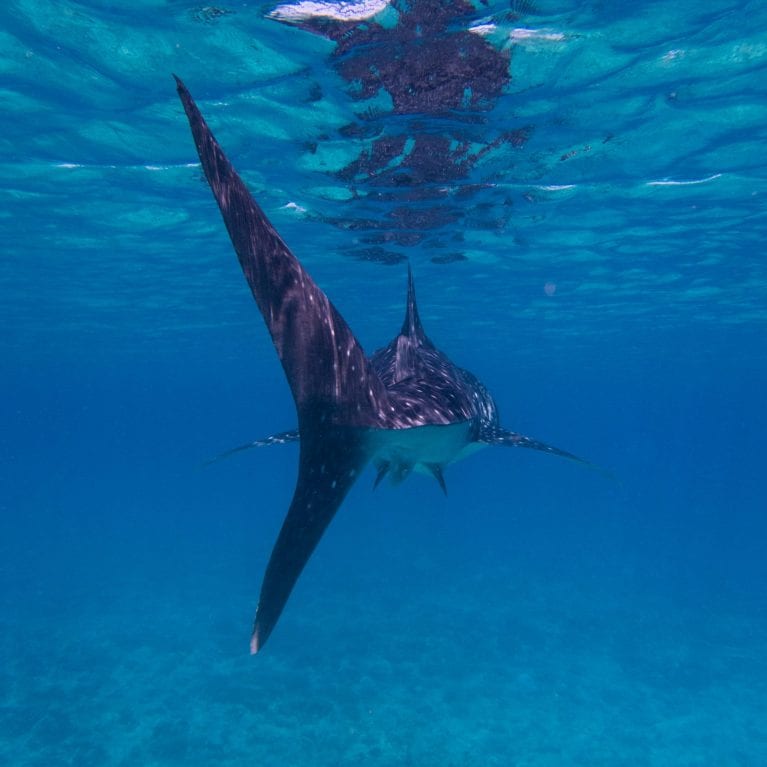 A drop in the ocean
“A teardrop-shape in the Ocean” – this is what we were looking for back in April while surveying the reef from the roof top of our Dhoni, with nothing more than a pair of polarized sunglasses, a focused mind and a pinch of patience. Although…

A Whale Sharks Diet – Microplastics on the Menu?
The Maldives archipelago, located roughly 700 km from the southwest coast of Sri Lanka, extends for over 800 km reaching the equator (0°34’S) in their southernmost atoll. Their geological history has provided them with unique features, which make it a very special place for filter-feeders.…

The beginnings and the team it takes
Taking on an ambitious project such as ours, which not only involves carrying out scientific work on a very elusive species, but also engaging with stakeholders and decision-makers is not an easy task -the key of success is to do it with the right people.… 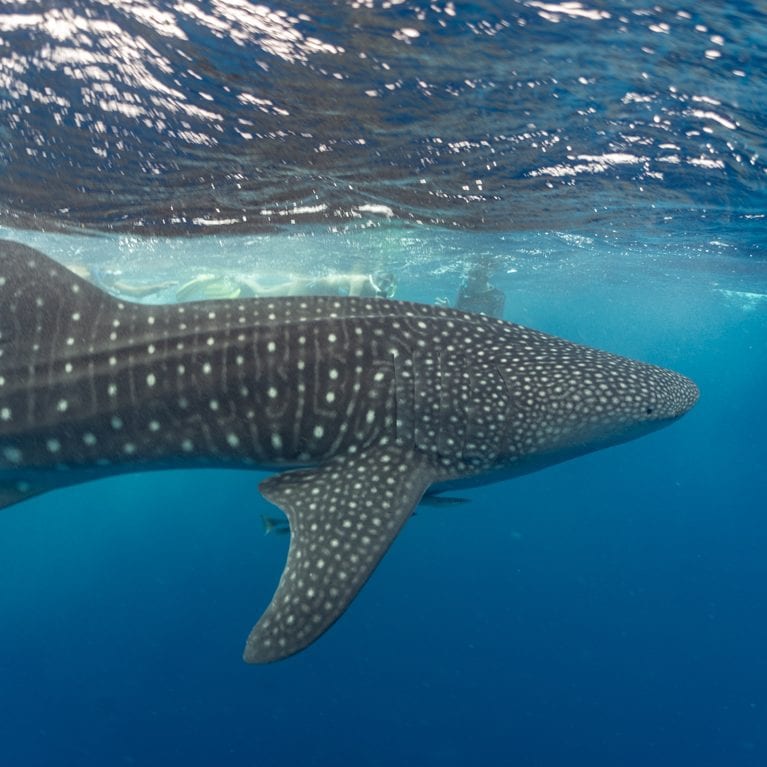 Microplastics a macro-disaster: a threat to the largest fish of our seas?

Our project aims to investigate microplastic ingestion by the two largest fishes on our planet: the whale sharks in the S.A. MPA and the basking shark in the West coast of Ireland. We further hope to identify potential routes of microplastic exposure. As these sharks belong to the marine charismatic megafauna our findings will help raise awareness of plastic pollution and marine pollution first regionally, through collaboration with local NGOs, and then globally.

Microplastics have emerged as one of the major environmental threats to our seas. While there has been an initial effort to investigate microplastic interactions with large filter-feeding marine megafauna, such research has thus far been based on strandings of carcasses and presence of plasticisers in their tissues. We identified a non-invasive method, which will help gain further insights into microplastic interactions with these megafaunal filter-feeders. Beyond the scientific advances, this study aims to use research on the emblematic and endangered whale shark to raise awareness, enhance marine stewardship
and action against marine plastic pollution worldwide. Furthermore, through our outreach and education programme, workshops with stakeholders and environmental ministries we thrive to support the development of sustainable waste management in the Maldives. Lastly, we hope that local NGOs will implement our findings to strengthen regional long- term marine stewardship.

Marine litter and microplastics have been shown to impact over 650 marine species worldwide. In fish, microplastics have been shown to cause reductions in food uptake and predatory performance and act as a vector of toxins, which can bioaccumulate and lead to endocrine disruption and hepatic stress . The largest fishes of our planet are particularly prone to the ingestion of microplastics, filtering up to 614 m3/h of sea water to obtain their planktivorous prey. In the Maldives whale sharks occur all year round and microplastics have been found to be particularly abundant, whereas in Ireland basking sharks pass particular bays, rich in their planktivorous prey every spring/summer. Both areas present important refugees for these emblematic species and microplastics may add another stressor onto whale – and basking sharks, who in both regions suffered from hunting for their meat and oil-filled livers in the past. Whale sharks in the Maldives further are known to suffer from vessel strikes, by-product of unmanaged tourism. To date only few studies have investigated how large-bodied filter-feeders may be affected by microplastics. For instance,
Besseling and colleagues have extracted 45 microplastics from a stranded humpback individual. Others sampled tissues from whale – and basking sharks and used chemical tracers such as phthalates as indicators of microplastic ingestion. While this provides some initial evidence of the susceptibility of these ocean giants to plastic pollution there is, to date, no empirical evidence of the ingestion of plastic debris by these sharks. Using a non-invasive method of sampling the shark’s faecal matter we are able to provide direct evidence of microplastic ingestion and address other key scientific questions.

Despite contributing significantly to the field of microplastic we seek to address the rising demand on science to have a real-world impact through extensive outreach and community engagement. Filter-feeding ocean giants such as whale – and basking sharks have recently been identified as an ideal umbrella species in order to engage local communities, stakeholders and society globally. Small islands due to their remote location struggle with their waste management. However, they also feel the great responsibility in protecting their
unique marine habitats, home to many threatened marine species. Additionally, whale sharks in the Maldives lure tourists from all over the world to the archipelago which for the S.A.MPA area alone has been estimated to be worth over 9 million USD. In order to preserve these unique habitats and achieve good environmental status, it is important to open the dialogue with the community and stakeholders alike and increase visibility of the issue of plastic pollution globally. Research and outreach work have been shown to be of importance in achieving this goal. Lastly, Island states are known to act as environmental indicators as they usually are the first to be affected by global environmental crises. By working with local stakeholders and the community on these two economically, culturally and environmentally different islands we hope to gain insights into first response mechanisms to environmental threats of these islands. This ambitious but necessary project provides a timely opportunity to drive local waste management and decrease plastic pollution through evidence-based decision making from the local to the global scale.