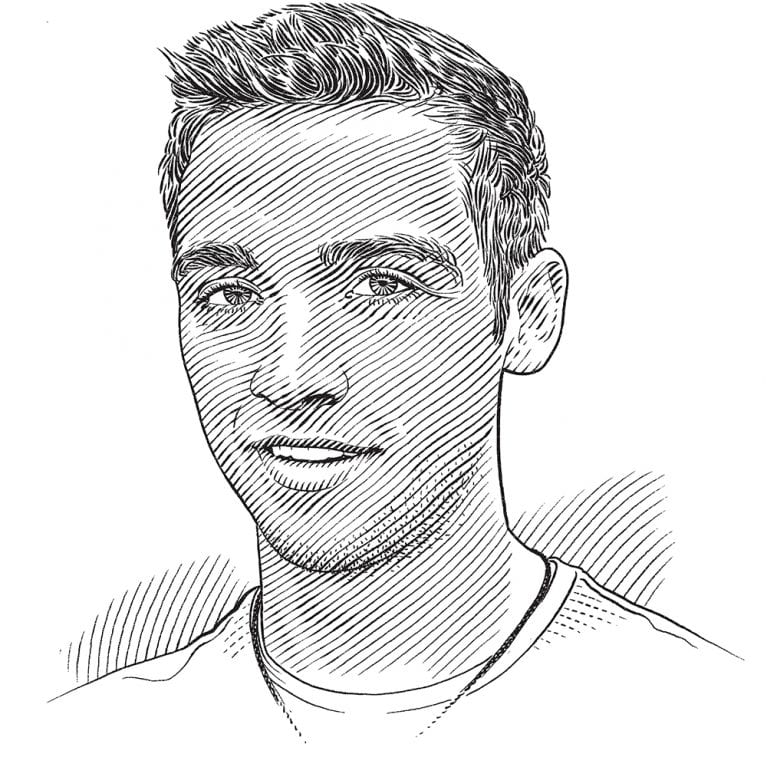 Coming from a maritime family and living by the coast meant that from a young age I got to know the underwater world and its species and they have played a major role in my life. Some of my earliest memories are of waking up before sunrise to head out fishing with my father before school. As I grew older and learned to scuba dive, my time above and below the water increased. Most weekends during the summer involved exploring the variety of dive sites and observing the rich habitats along the North Wales coast. To further my knowledge of...

Recording what’s found below the surface of Welsh waters
Reviewing footage After spending days and nights out on the water deploying BRUVS to exciting moment of reviewing 101 hours of footage. Unfortunately, a few BRUVS deployments failed or the cameras had been dragged due to the currents and therefore were unable to be used.…

First days out deploying BRUVS
Out on the water With the weather settling and the BRUVS tested, we were ready to start fieldwork and excited to see what the BRUVS would reveal. As with all fieldwork, the checklist was ready to ensure that all the gear went on board along…

Building Baited Cameras
Angelsharks were once widespread across Eastern Atlantic and the Mediterranean Sea, the Angelshark has dramatically declined over the last 50 years and is now rarely seen across much of its historic range. The Angelshark is listed as Critically Endangered on the IUCN Red List, with…
Project details

Can BRUVS be utilised as a methodology to monitor Angelsharks?

The Welsh coast is one of the last areas in the North East Atlantic where the Critically Endangered Angelshark (Squatina squatina) is still present. However, very little is known about Angelshark ecology, partly due to the difficulty of studying a cryptic species present in low numbers. Current data is obtained through accidental Angelshark captures by fishers. It’s vital that fisher records are complemented with scientific surveys to improve understanding of Angelshark distribution and ecology in the region. However, the cryptic colouration and burying behavior of Angelsharks make them difficult to observe. Visual survey techniques are successful in the Canary Islands (Meyers et al. 2017), but are not easily replicated in Wales, where conditions will significantly restrict survey timings. This project will establish whether Baited Remote Underwater Video Systems (BRUVS), a technique used for other fish species in Wales, is suitable to study Angelsharks.

The Angelshark (Squatina squatina) belongs to the second most endangered elasmobranch family in the world, Squatinidae (Dulvy et al. 2014). They are listed as Critically Endangered on the IUCN Red List of Threatened Species (Ferretti et al. 2015). Angelsharks are demersal ambush predators, laying buried in sand or mud much of the time preying on small benthic fish species (Compagno, 2013). Adults and juveniles are commonly found in shallow water during the summer season (Meyers et al. 2017), and as a result are highly susceptible to fishing pressures. Once abundant in the NE Atlantic Angelsharks have now almost completely disappeared from their former range. Currently the last known stronghold for Angelsharks in the Atlantic is in the Canary Islands (Barker et al. 2016). However, over the past 10 years there has been an apparent increase in the number of ad-hoc records of Angelsharks off the Welsh coast. Very little is known about the ecology and population dynamics of Angelsharks in Welsh waters. Due to difficult monitoring conditions and sparsity of fisher records. Alternative monitoring techniques are needed to gather accurate baseline information on Angelshark distribution. BRUVS is one possible technique that may prove an effective tool in gathering essential conservation baseline data for this species. In Wales, BRUVS are successful in surveying species associated with seagrasses and frequently attract demersal elasmobranch species such as Thornback ray (Raja clavata). Angelsharks are strongly protected in Wales, as they are listed in Schedule 5 of the Wildlife and Countryside Act 1981, which prohibits people to intentionally disturb, target, injure or kill Angelsharks within 12nm of Welsh and English coastlines. However, better understanding of Angelshark ecology will enable improved protection of this species in Welsh waters through inclusion in the Wales Angelshark Action Plan, an output of the recently launched Angel Shark Project: Wales.

Peninsula Valdes, an area of Northern Patagonia, is a conservation treasure because of its concentration of breeding sites for marine birds and mammals. Using BRUVs, Alejo will be the first to investigate the sharks of the region.