A new use for old things: saving sawfishes with repurposed rostra Growing up in California and Hawaii, I always felt most at home near the ocean. I became a certified diver at a young age and made sure that family vacations were planned around predicted visibility and the movements of pelagic species. After completing my Master’s degree in medical sciences at Boston University School of Medicine, I moved back to the coast, splitting my time between volunteering in vertebrate fossil curation at the San Diego Natural History Museum and working as a teacher. Ever determined to get back to the water, I took up open water swimming. The murky kelp forests... A long-awaited delivery
Our cases are settling into their new homes quite nicely. With over 20 completely built and in various stages of delivery, we should have these displays up and interactive by the time roads open up after Far North Queensland’s wet season. Since SARA began collecting… 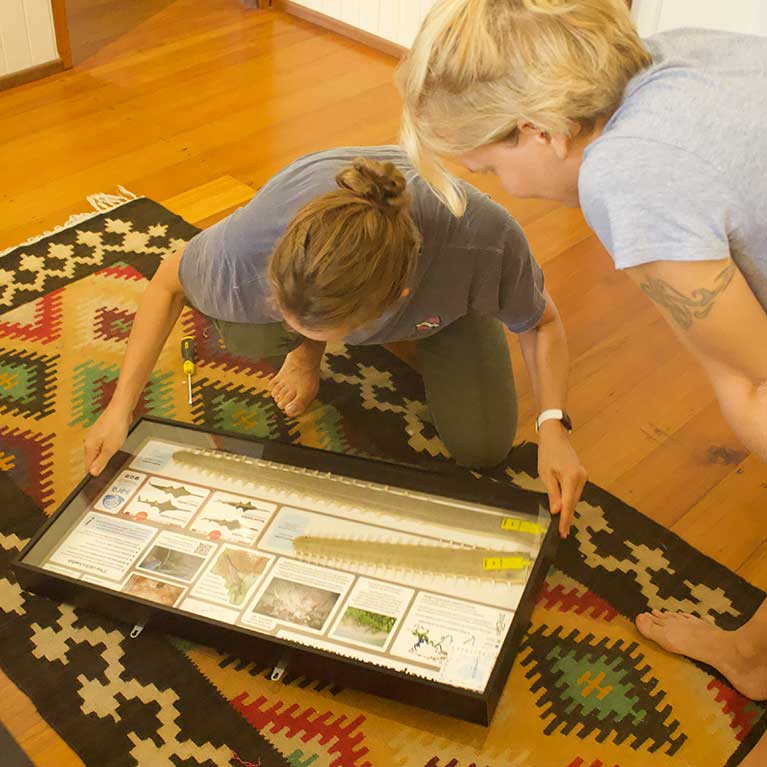 Display Cases are Underway
After almost two years in the making, SARA’s sawfish display cases are officially being assembled. In mid-2018, SARA received almost 150 sawfish saws as donations from Queensland Fisheries and members of the general public. Now the ultimate question: how to use them?  In March 2019,… 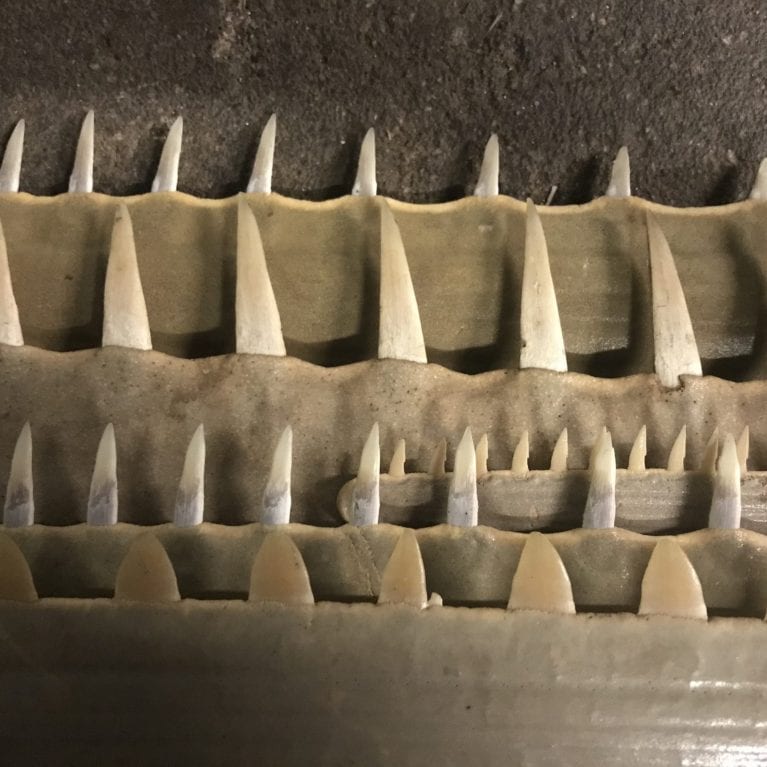 Turning trophies into messengers for conservation
We are excited to announce that a long-imagined SARA initiative is well underway! Since commencing our public submissions campaign in 2016, we have received over 140 sawfish saws in a donation. Some of the saws are used for school visits and species ID workshops, but…
Project details

A new use for old things: saving sawfishes with repurposed rostra

The objective of this project is to inform fishers and the general community on how to safely release sawfish in the event of capture, and obtain data on distribution for further analysis.

The protection of sawfish in Queensland requires our immediate attention. Tropical North Queensland remains one of the last strongholds of sawfish populations, and thus the best chance for gathering data and preserving hunting and breeding grounds. The ongoing work by SARA under the lead of Dr. Wueringer (SOSF Keystone Grant 309) has uncovered sawfish still being finned and saws being amputated by commercial and recreational fishers. This project will directly instruct recreational fishers through their potentially fatal interactions with all four species remaining in Australia. Furthermore, these display cases uniquely target both fishers who are specifically targeting sawfish as trophies, and those who are untrained, in proper release methods. As a side benefit, they also educate the general community, creating opportunities for citizen scientists interested in working with SARA on further research.

Globally, sawfish populations are in critical condition. In the last century, ranges have contracted severely. All species are listed on the IUCN Red List as Endangered or Critically Endangered. The Australian populations of largetooth, dwarf, green and narrow sawfishes are thought to be the last viable populations of these species, and therefore central to global conservation efforts. Conserving small, isolated populations can be difficult because they are not replenished by animals migrating from elsewhere.

The very adaptation that led to sawfishes’ success is now their downfall. Their highly developed rostrum makes sawfish prone to entanglement in fishing nets. While bycatch data suggests that sawfish have a high survival rate upon release, their overall numbers have significantly declined in both reported sightings and by-catch records from the Queensland Shark Control Program. Furthermore, it is unclear how widespread the practise of amputating the saw of sawfish before releasing them is, but saw-less, live sawfish have recently been observed in Western Australian and Queensland waters. Despite reports of sawfish surviving the loss of their saw, they are understandably less able to reproduce and defend themselves without it.