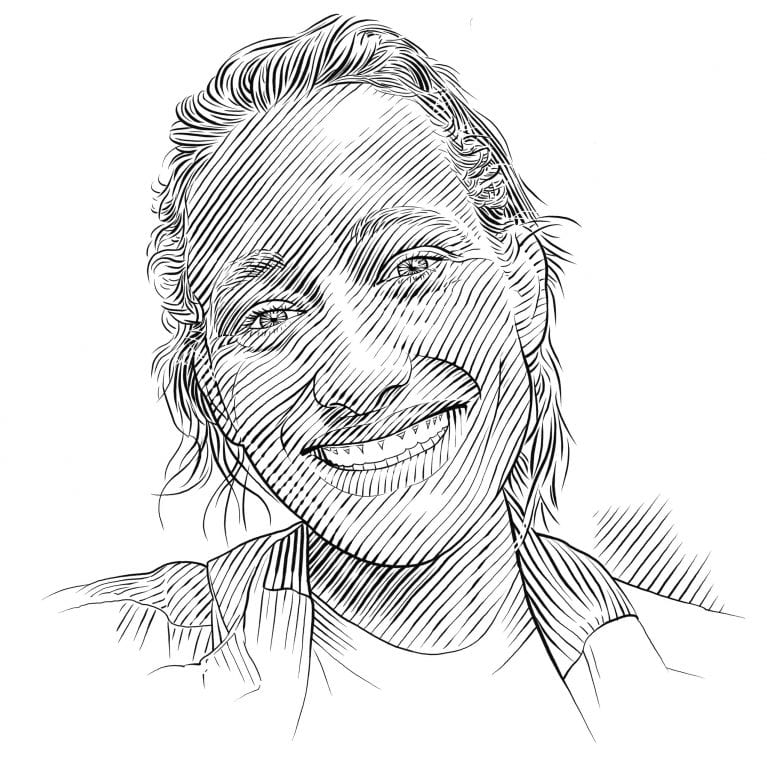 Growing up in California and Hawaii, I always felt most at home near the ocean. I became a certified diver at a young age and made sure that family vacations were planned around predicted visibility and the movements of pelagic species. After completing my Master’s degree in medical sciences at Boston University School of Medicine, I moved back to the coast, splitting my time between volunteering in vertebrate fossil curation at the San Diego Natural History Museum and working as a teacher. Ever determined to get back to the water, I took up open water swimming. The murky kelp forests in Southern California felt different each morning, as I raced over schools of bat rays, playful sea lions and shy leopard sharks. Sharks and rays were easily my favourite sight, moving as they do in such a uniquely graceful way. Weekly training in the La Jolla Cove magnified the feeling that I needed to take the next step in making zoology my career. I left the USA in 2018 to volunteer in conservation in Australia. Once I had acquired a taste for 4 am wake-up calls and long days spent outside, an office job was officially ruined for me. Since working with Sharks And Rays Australia (SARA), I have decided to pursue my PhD on identifying the current and historic distributions of sawfishes.

SARA operates out of Cairns in Queensland, Australia. Although we are advocates for all sharks and rays, we work mainly with sawfishes, the most endangered of all marine fishes. Our field sites are remote, to put it mildly – it typically takes two days just to get to the sampling locations. Far North Queensland is truly where the rainforest meets the reef. Coastal mangrove river systems are teeming with life, especially those unique species that are capable of tolerating a wide range of salinities. They include sawfishes, crocodiles and numerous shark species. Add to that the magnificent terrestrial flora and fauna and you’ve got an environment that can hardly be captured in photographs (though we do our best to try). Working with a species that lives almost exclusively in murky waters and does not come to the surface to breathe can be quite the challenge. For this reason, SARA works with people from all walks of life – fishers, Traditional Owners, Land and Sea Rangers, students and academics – to better understand sawfish ecology.

Since January 2019, SARA has received more than 500 submissions of sightings and accidental captures of all four sawfish species that inhabit Australia. One of my key efforts is to map historical and recent locations and analyse trends in distribution. Submissions are instrumental to our work, as they fill a blind spot in the areas we cannot reach while conducting our own field work. To increase the number of reports back to us, we decided to bring the wonder of sawfishes to residents and visitors in Far North Queensland. It used to be common practice to remove the saw as a trophy when a sawfish was caught and because of this sawfish numbers have suffered greatly. However, SARA has seen time and again that with training and involvement, fishers are more than willing to release these remarkable fishes safely. With funding from the Save Our Seas Foundation and an Advance Queensland Citizen Science Grant, we are constructing 25 informational cases that will be displayed at key locations across Far North Queensland. Each will house 2–4 sawfish rostra received through private donations and from Fisheries Queensland, effectively turning former trophies into messengers for conservation. The cases will get the entire community involved in protecting these species that call northern Australia home.

Project
A new use for old things: saving sawfishes with repurposed rostra