Close up of a sawfish resting on the bottom of the sea (Genova, Italy). Photo © Eyem | Shutterstock
By Veronika Biskis, 19th February 2021

After almost two years in the making, SARA’s sawfish display cases are officially being assembled.

In mid-2018, SARA received almost 150 sawfish saws as donations from Queensland Fisheries and members of the general public.
Now the ultimate question: how to use them?

In March 2019, Barbara and I talked on the phone for the first time about her vision of displaying these saws all over Far North Queensland, Australia. We would build informational cases to warn fishers of the negative impact of bycatch and teach people how to release sawfish safely. SARA secured funding from the Queensland Chief Scientist’s Citizen Science grant, and in October that year, I joined on-site as an intern. With a preliminary display design, I began to reach out to locations all over the Cape. We received an incredible response, with roadhouses and information centres keen to work with us. After receiving further funding from Save Our Seas Foundation, we began ordering frames and preparing designs to accompany the saws, aiming for delivery by April 2020. 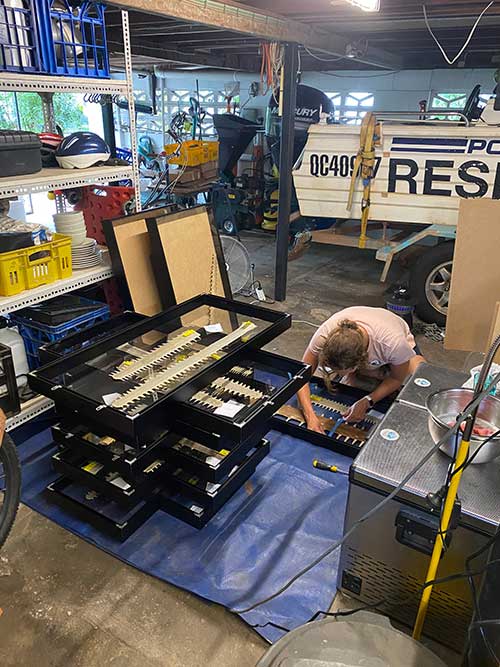 Accuracy is essential: as each case is custom designed to fit their saws, all have to be measured to make sure they will fit with the pictures and text. Photo © Patrick Gallagher.

And then everything shut down. The frames were delayed in the USA, I was stuck in New Zealand, and Cape York went into military enforced lockdown until July. The project was put on hold.

After 9 months of what felt like the longest year ever, borders reopened and the team was finally reunited. Unfortunately, this amount of time exposed to Cairns humidity meant that the case backings were mouldy. At first, we were disappointed, but we soon realized our luck. This was a necessary test of humidity resistance. After all, if they moulded in Cairns, they didn’t stand a chance further north! With all hands on deck – and even my partner helping – we varnished the 27 backing boards to keep our precious saws safe for the next 10+ years at their final destinations. 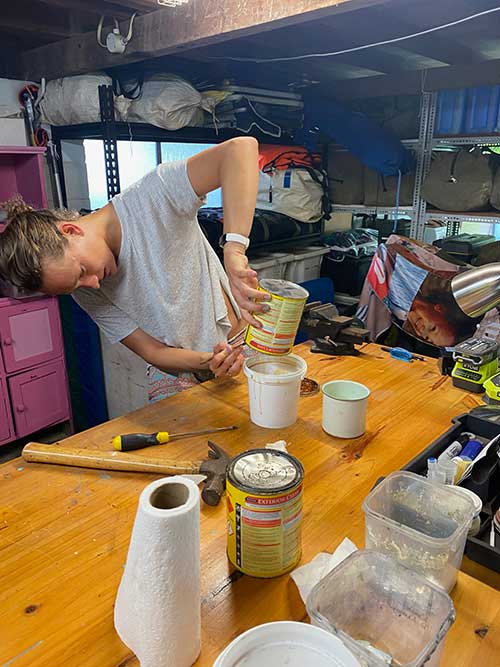 After only a few months in Cairns humidity, many of the display backings had moulded. We spent the next few days varnishing them to ensure they will be protected from this risk once they reach their destinations. Photo © Patrick Gallagher.

All that extra time working remotely on the project was also a blessing in disguise. I back-calculated the sizes of the sawfish from their saws using current scientific literature. SARA received amazing photographs of sawfish cave art from the Laura Land and Sea Rangers, which were added in. We incorporated feedback from colleagues. Barbara and I even spent days back and forth rewriting the structure of a sentence! The end result is 27 completely unique cases that we are incredibly proud of – each telling a story about the saws inside and the rare animals they belonged to. 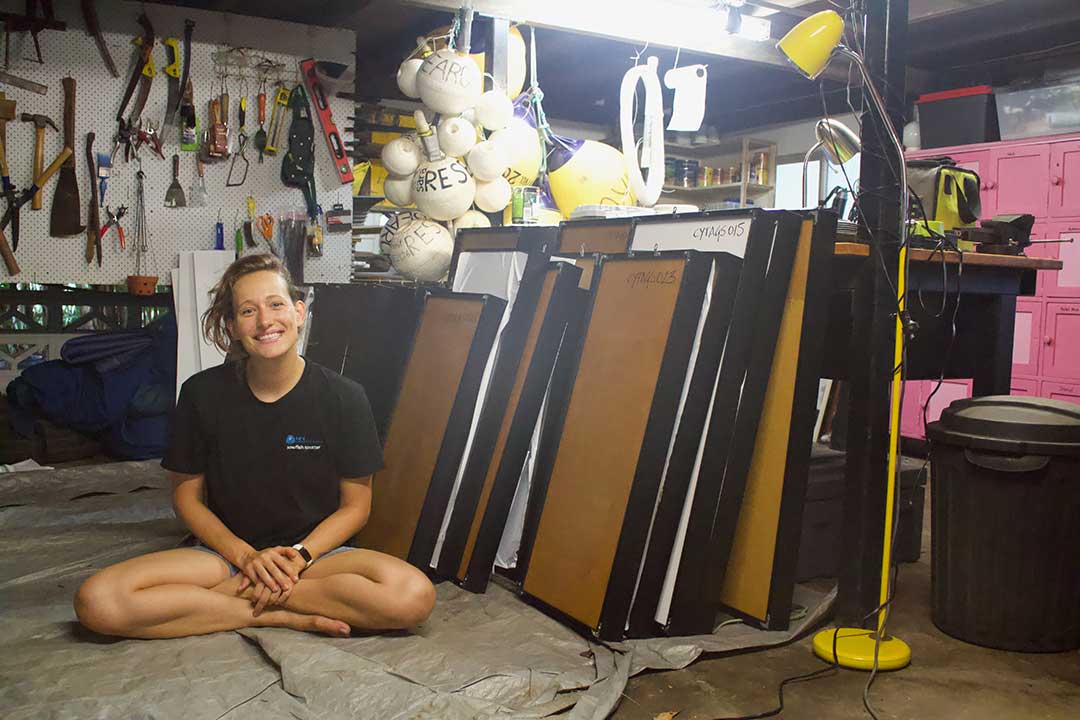 It’s still going to be a few more weeks until all the internal designs are printed, but we are set to have our first 14 out for delivery within the next month! Photo © Patrick Gallagher.

With the first backgrounds being printed as I write this, I cannot wait to start sending these cases out. Make sure to look out for them in info centres, roadhouses, council offices and many more iconic locations on your next trip to Far North Queensland! 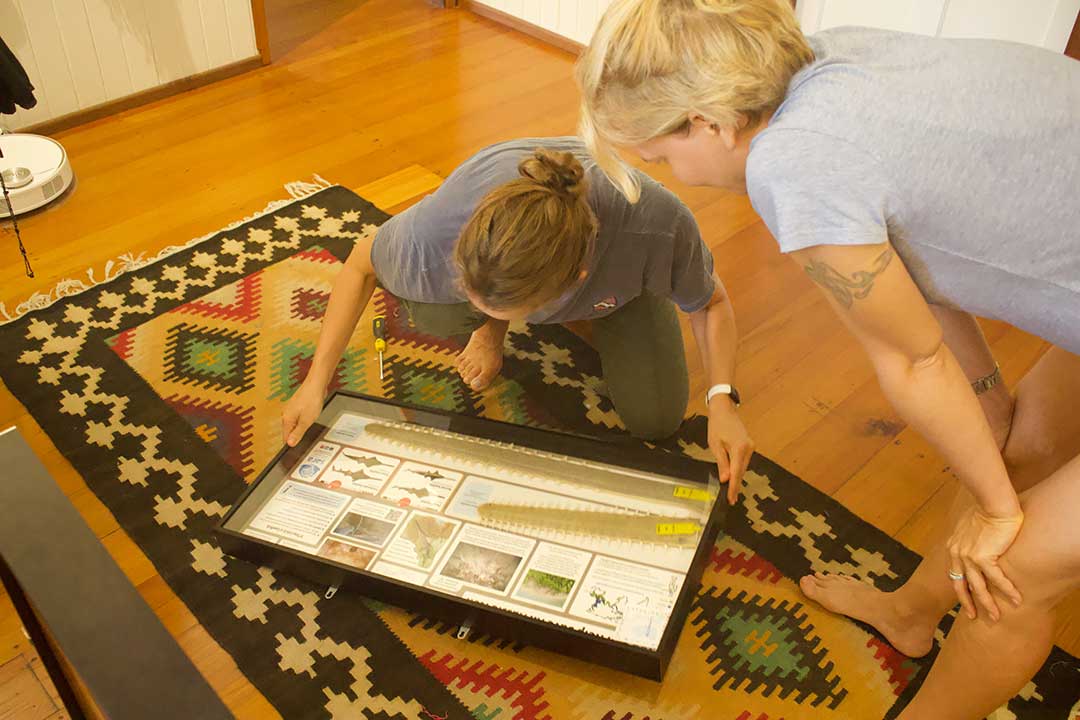 Barbara and I look over the case to see that everything printed correctly and that the saws fit in their boxes. The last steps are to fasten the saws in place, and then we can begin shipping them up the Cape. Photo © Patrick Gallagher.

Project
A new use for old things: saving sawfishes with repurposed rostra