Entanglement of marine species in discarded lines, fishing gear, and other garbage and debris is a problem seen with unfortunate regularity.  This includes Endangered species such as North Atlantic right whales, giant manta rays, sturgeon, turtles, and smalltooth sawfish.  Each species is susceptible to entanglement based on their unique physical attributes but none more so than the sawfish.  Sawfish are rays that generally swim along the seafloor where marine debris can accumulate.  Their toothed rostrum is easily entangled in any debris the sawfish encounters which can lead to injury, deformation, or death from suffocation or starvation.  Sawfish have been photographed ensnared in a variety of items including dock lines, trap lines, ghost nets, fishing lines, pipes, coffee cans, dog toys, and elastic bands.  While strides have been made in recent years to prevent and remove marine debris, two recent examples highlight that this threat continues to affect endangered sawfish. 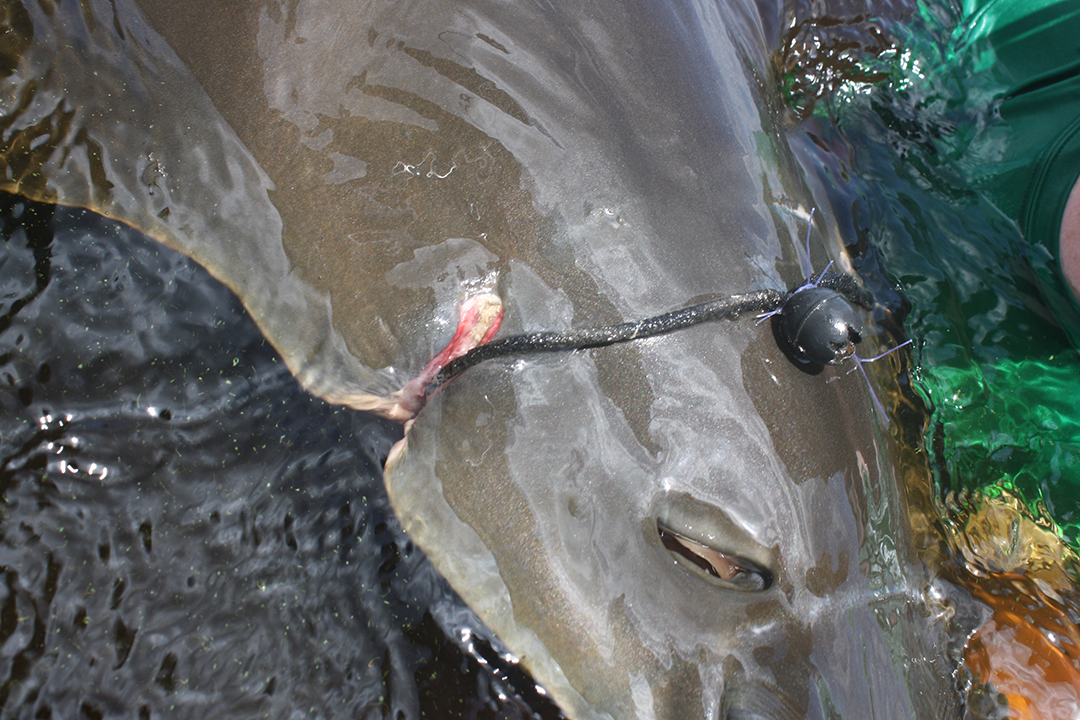 A sawfish in Charlotte Harbor injured from entanglement in a bungee cord. Photo © Florida Fish and Wildlife Conservation Commission.

While fishing in the Tampa Bay Watch 15th Annual Tarpon Rodeo just outside Tampa Bay (Florida), some anglers caught a ten-foot-long smalltooth sawfish with a pair of swim goggles wrapped around its body.  The tightness of the goggles had started to cut into the flesh of the sawfish in front of the pectoral fins.  Following the safe handling guidelines available at www.sawfishrecovery.org/, the crew was able to quickly remove the debris, cut the line close to the hook, and release the sawfish.  You can watch the video at the Tampa Bay Watch Facebook page.

Researchers have also seen a growing number of smalltooth sawfish entanglements associated with small bungee cords believed to be from boathouse awnings.  The plastic balls on these bungees are buoyant enough to partially lift the bungees just off the bottom but not buoyant enough to float the whole bungee to the surface.  This results in lost or discarded bungees sitting upright along the bottom, where sawfish risk swimming their rostra through the opening of the bungees.  The bungees then work their way down the rostrum to the head where they remain in place and slowly become more constrictive as the sawfish grows.  Adam Brame, the Sawfish Recovery Coordinator for NOAA Fisheries, cautions: 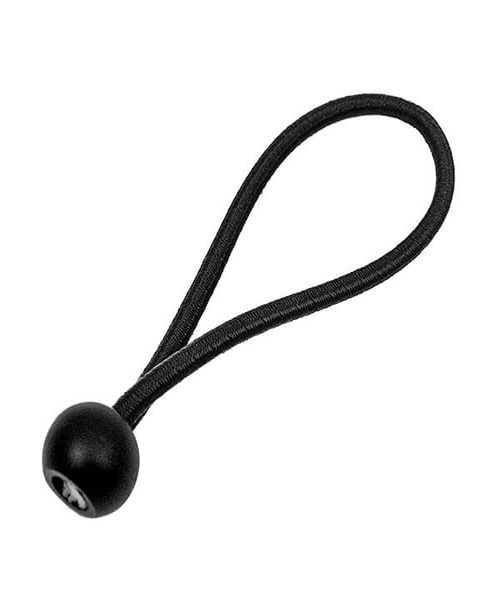 An example of the bungees used on boathouse awnings increasingly being seen caught on endangered smalltooth sawfish. image © NOAA Fisheries.

“We want to alert homeowners to this escalating issue so that extra care can be taken in the assembly or disassembly of these boathouse covers in the future to help protect this local endangered species”.

More examples of sawfish being damaged by marine pollution are detailed in the paper Anthropogenic effects on the smalltooth sawfish (Pristis pectinata) in the United States by Jason Seitz and SOSF Project Leader Gregg Poulakis at  www.sciencedirect.com/science/article/abs/pii/S0025326X06003286

It is a shared responsibility of all outdoor enthusiasts to keep our waters free of trash and debris.  Learn about marine debris prevention at marinedebris.noaa.gov/.  Next time you are on the water stow all your gear and trash properly to prevent it from flying out of your boat and pick up any trash or debris you encounter.  And if you ever encounter a sawfish in the United States please let scientists know by calling 1-844-4SAWFISH, visiting www.SawfishRecovery.org, or emailing sawfish@myfwc.com. 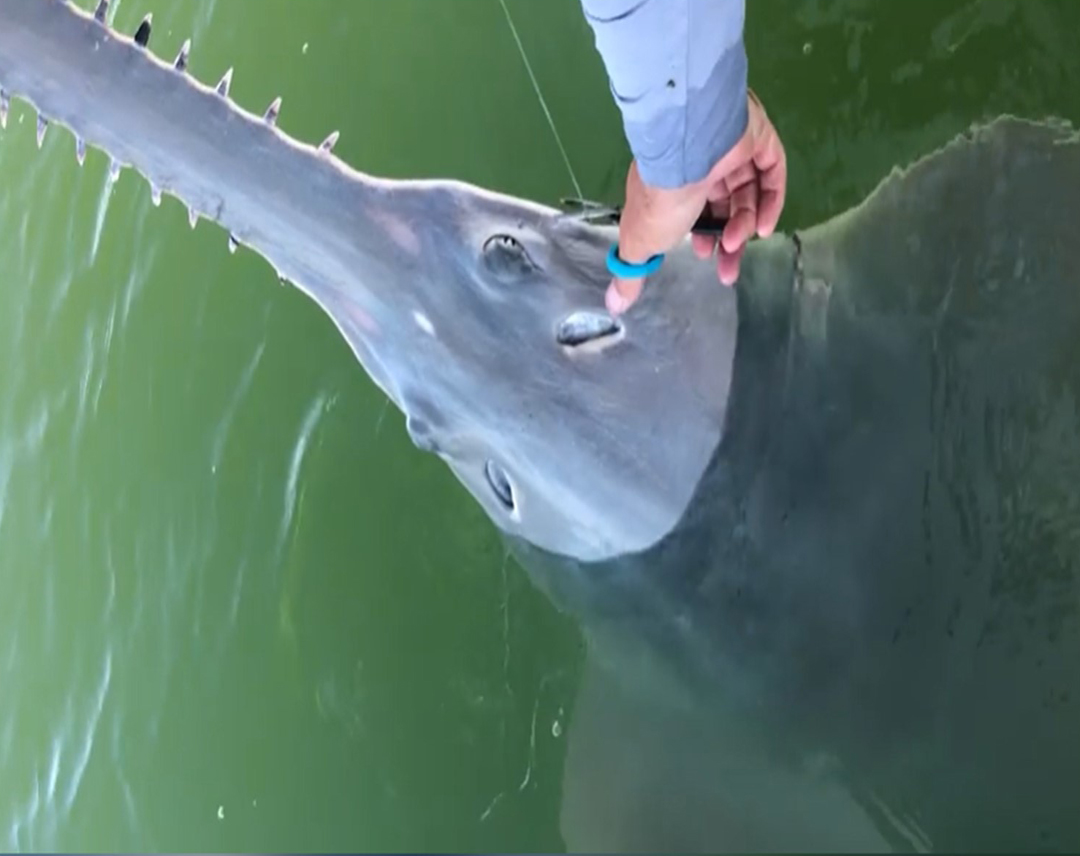 After removing swim goggles from this smalltooth sawfish in the Tampa Bay area, an angler cuts the line close to the hook for release. Image © Tampa Bay Watch.