Highlighting the need for action

Spatial analysis of genetic diversity in Largetooth Sawfish highlights the need for action in the eastern Pacific and Atlantic. 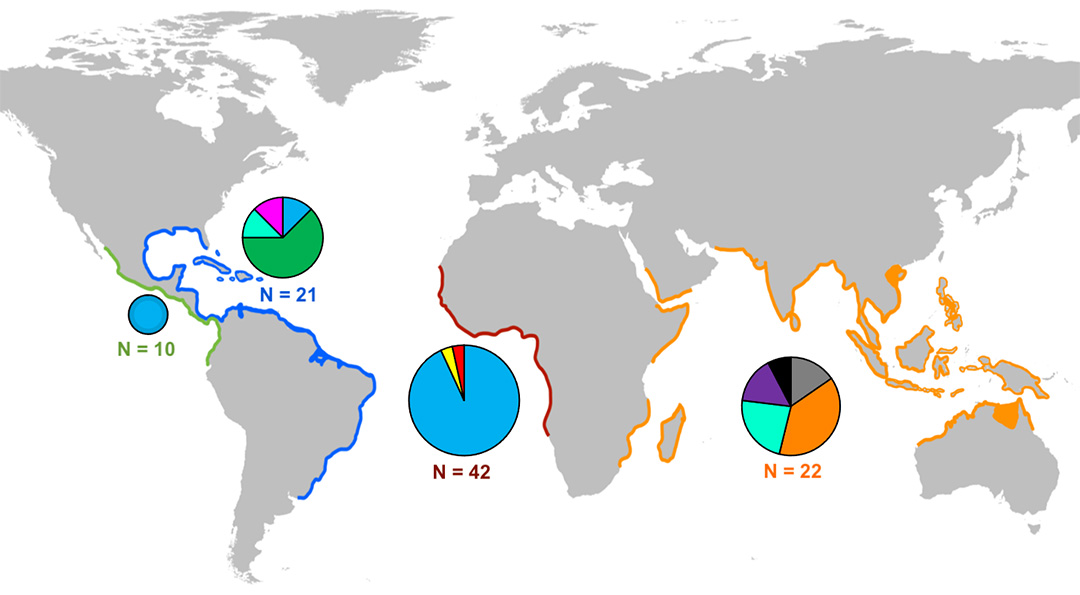 Genetic composition of Largetooth Sawfish populations in the eastern Pacific, western Atlantic, eastern Atlantic, and Indo-West Pacific. Each color represents a haplotype, or unique genetic sequence. The size of each pie graph is relative to the number of samples analyzed to date, with sample the size indicated. Image © Annamarie Fearing.

What does this mean for the conservation of Largetooth Sawfish?

The complete loss of either the Indo-West Pacific or the Atlantic/eastern Pacific lineage would substantially loss genetic diversity in this species. This loss would likely be irreversible over short and medium-term time scales, which are the most relevant to current conservation efforts, because of the slow rate of mutation in sharks and rays. 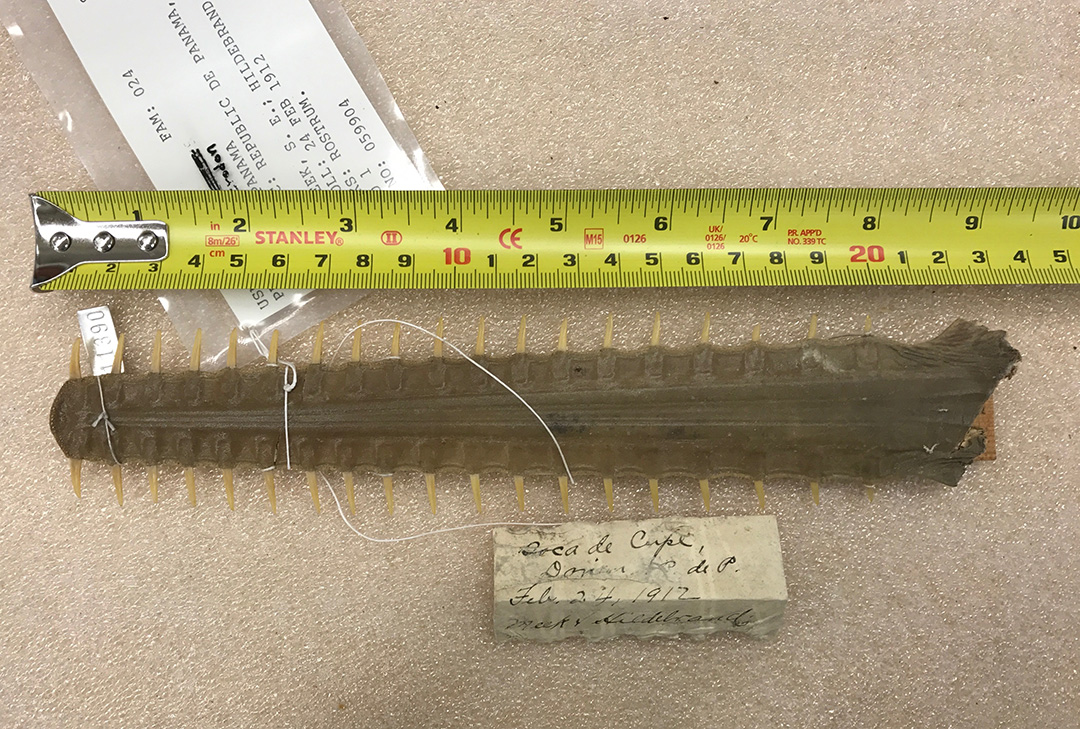 Largetooth Sawfish saw collected in Panama in 1912, held at the Smithsonian National Museum of Natural History. This saw has provided critical information on the genetic diversity of historic Largetooth Sawfish populations from this region. Photo © Annamarie Fearing.

In the Indo-West Pacific region, Australia is a known stronghold for the Largetooth Sawfish. In Australia, this species is legally protected and relatively well-studied. However, there are currently no known strongholds for this species in the Atlantic or eastern Pacific, which puts this unique genetic lineage at risk of being lost. Highly sensitive surveys, such as those offered by eDNA approaches, in promising locations in the Atlantic and eastern Pacific are urgently needed to identify areas where remnant Largetooth Sawfish populations may persist.