A tiger shark tagged by collaborating scientists recently swam 6700 kilometres across the Indian Ocean, confirming that the species is capable of travelling great distances. It was possible to track the sharks’ movements on the OCEARCH tracker, which lets researchers observe the migrations of sharks that have been tagged with state of the art satellite tracking technology. 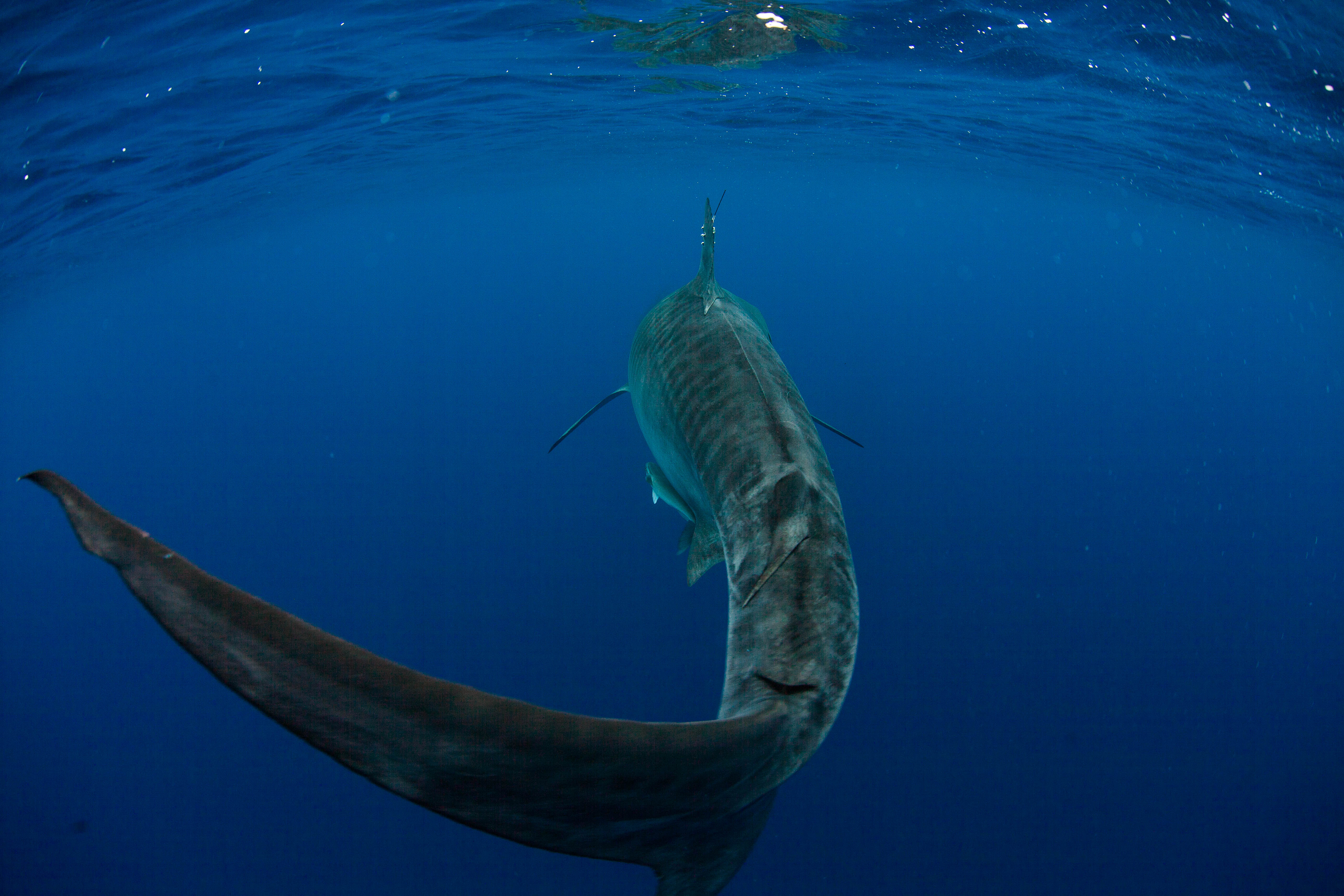 A satellite tag on the dorsal fin of this tiger shark will help to answer broad questions about this species’ movements in relation to the various threats that it faces in the Western Indian Ocean. Photo © Ryan Daly

The 3.1-meter mature female named Sereia was tagged on the African coast in Mozambique in November 2018 and was detected via satellite in April 2020 over 1 200 kilometres off the Indonesian coast, a transoceanic journey of more than 6 700 kilometres. Sereia now has the longest confirmed migration for the species on record. 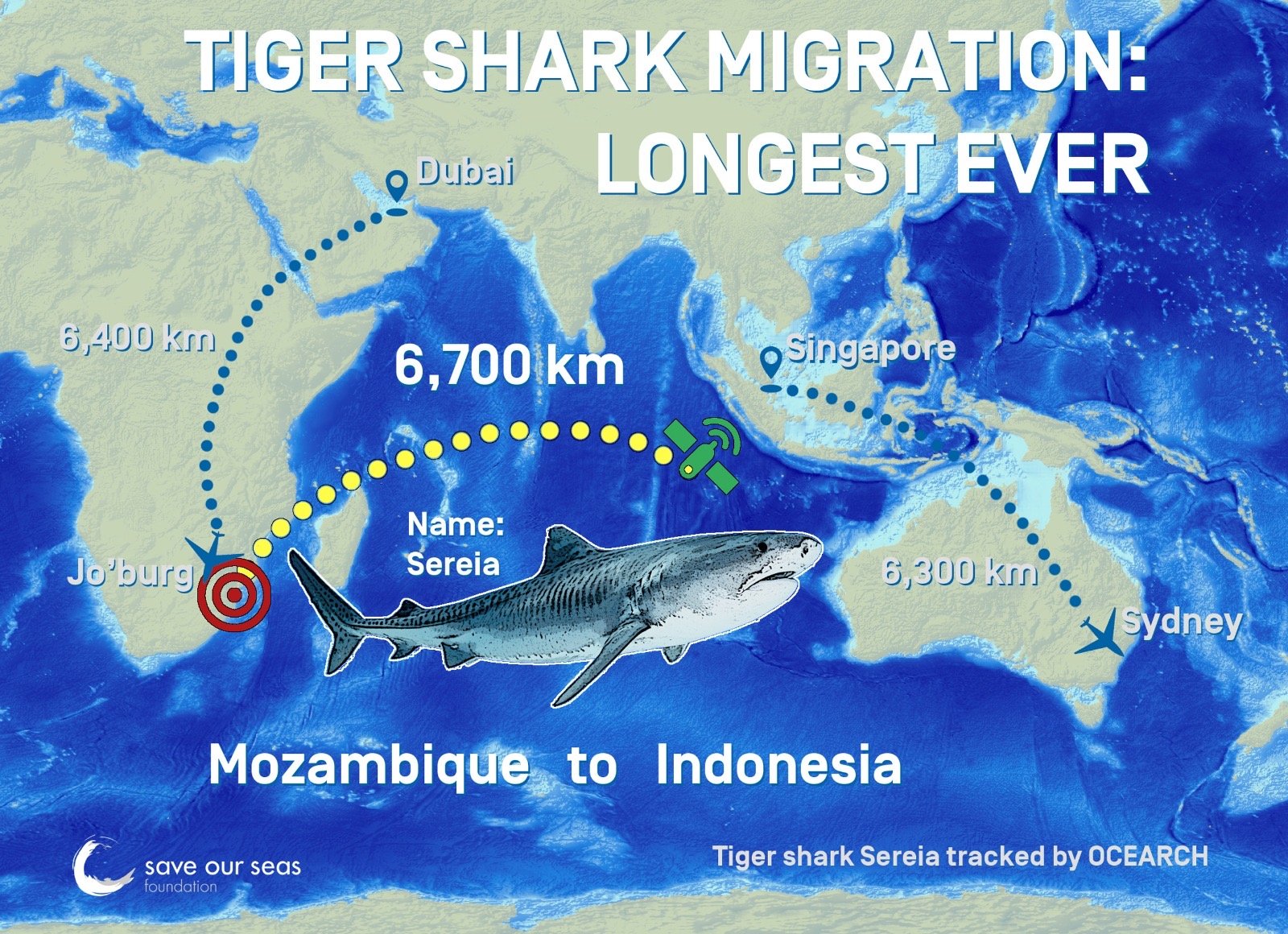 Image © Save Our Seas Foundation

‘We had no idea a shark from Mozambique would end up off the coast of Indonesia,’ said Dr Ryan Daly of the Oceanographic Research Institute in Durban South Africa. Ryan Daly is a previous Save Our Seas Foundation project leader; we funded this project as a Small Grant when it began in 2015. Dr Daly is also a research associate at the South African Institute for Aquatic Biodiversity.

‘This is incredibly important because it confirms that tiger sharks are roaming throughout the Indian Ocean and we need to take this into account when thinking about improving conservation for them in the region,’ 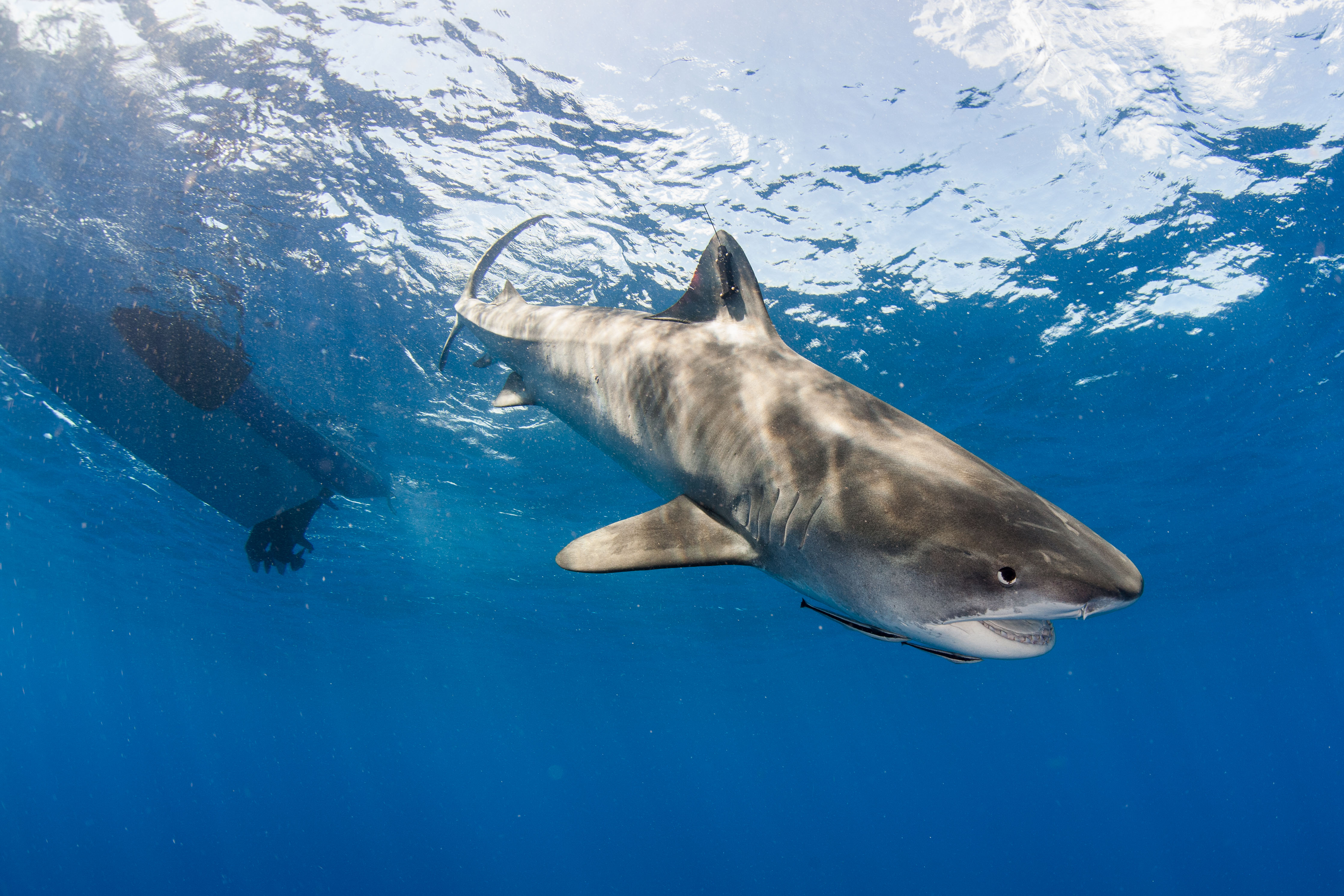 A tiger shark swims off into the Western Indian Ocean after being tagged. Photo © Ryan Daly

Sereia is one of 21 sharks tagged by Biopixel Oceans Foundation and the Oceanographic Research Institute in Mozambique as part of a project to lay down a baseline understanding of tiger shark movements and habitat use in the West Indian Ocean. Before starting the project, very little was known about the residency patterns and migration dynamics of tiger sharks in this region. The tags for Sereia and other tiger sharks in the project were deployed in the Ponta do Ouro Partial Marine Reserve which neighbours South African. Researchers hope that by studying the transboundary movements of tiger sharks in this area that it will help for implementing congruent management plans on both sides of the border. 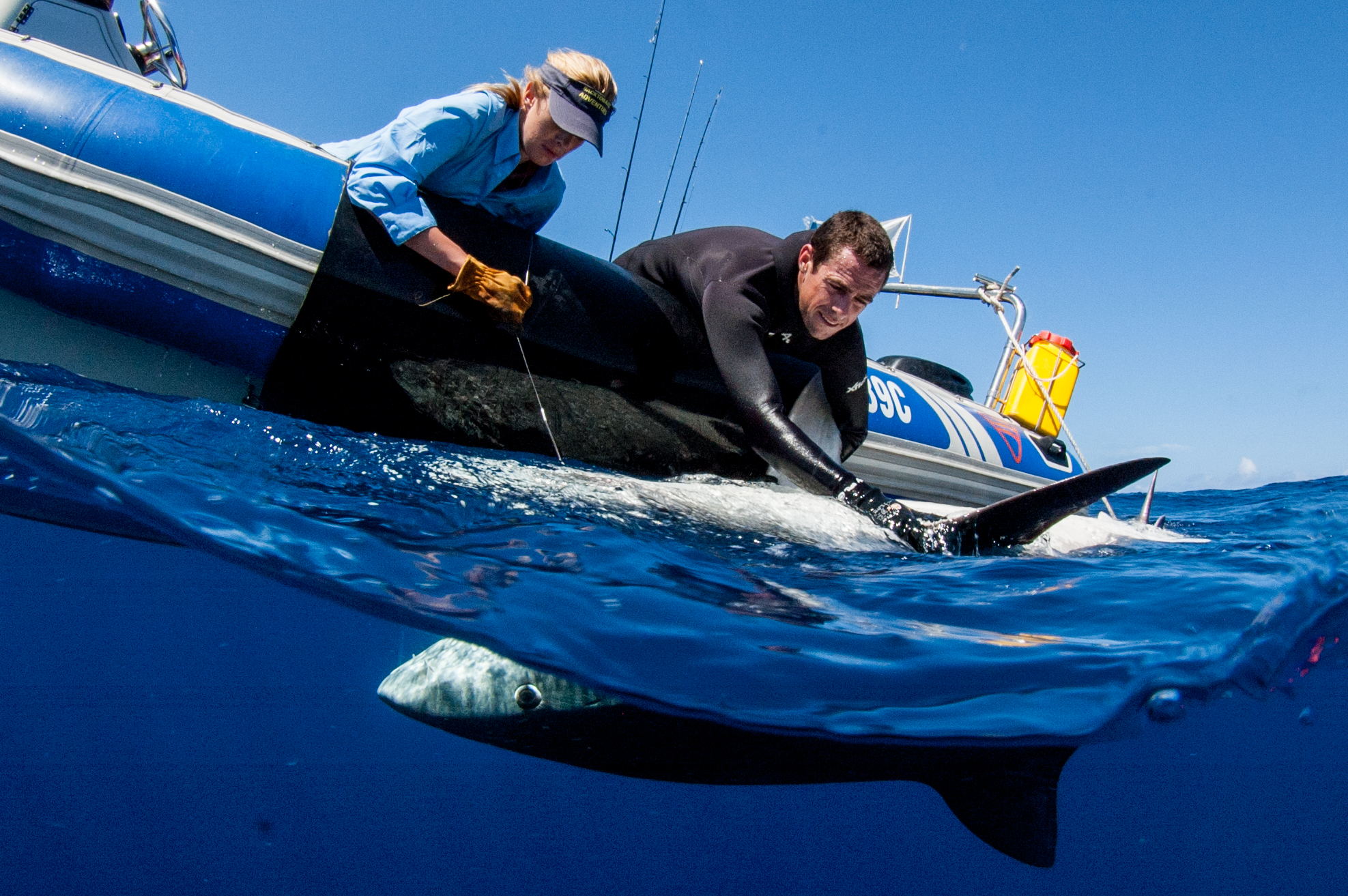 Sereia’s groundbreaking journey also sheds light on another important question the study aims to answer regarding the range tiger sharks are capable of covering. Before Sereia’s journey, most of the other sharks tagged in the study remained close to the African coast, with a couple venturing as far as Madagascar. Sereia’s most recent detection at the end of April shows she may have turned around. However, the magnitude of her migration still opens up a whole new line of questioning.

‘We have been interested in the connectivity of tiger sharks from different locations in the Western Indian Ocean. However, this shark moving across the Indian Ocean puts the question of connectivity into a much larger scale, especially if she does make it to Indonesia or Australia.’ Said Biopixel Oceans Foundation and James Cook University researcher Adam Barnett, who was also OCEARCH’s lead scientists during our Eastern Australia Expedition. ‘An interesting aspect of this large scale movement is understanding not just where this shark is moving too, but why. I hope everyone keeps following her on the OCEARCH Tracker with us to see if she really does push farther east.’ 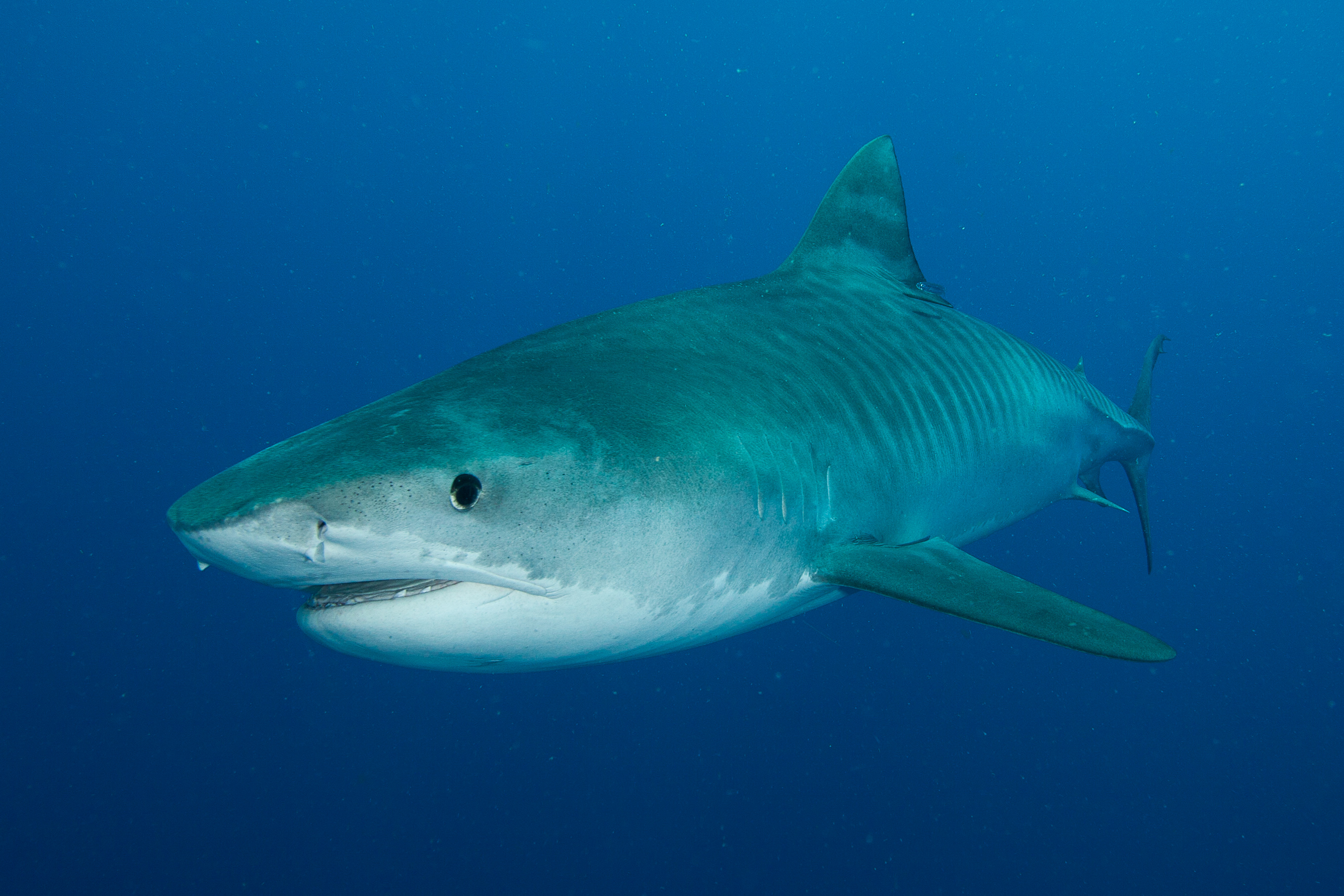 The research by BioPixel Oceans Foundation and the Oceanographic Research Institute also received funding from Save Our Seas Foundation along with National Geographic and the Guy Harvey Institute. The data was shared with OCEARCH so that it could be displayed on the Tracker. The organisations share OCEARCH’s philosophy about opening up the data to share with the public so that it can be used to engage communities across the world and unite them in our mission to ensure healthy oceans for future generations.