Alifa’s long-standing project along south-eastern Bangladesh has involved working with policy-makers and fishers to increase their understanding of the importance of rhino rays (guitarfishes, giant guitarfishes and wedgefishes). She has gained ecological knowledge from local fishers and her own surveys, which she hopes will help her identify the key habitats of rhino rays around Bangladesh. After expanding her work to south-western Bangladesh, and having focused on sawfish conservation for many years, Alifa understands that declines in sawfish may point to similar concerns for rhino rays. This is propelling her towards establishing an education programme for the conservation of sawfish and rhino rays in Bangladesh. 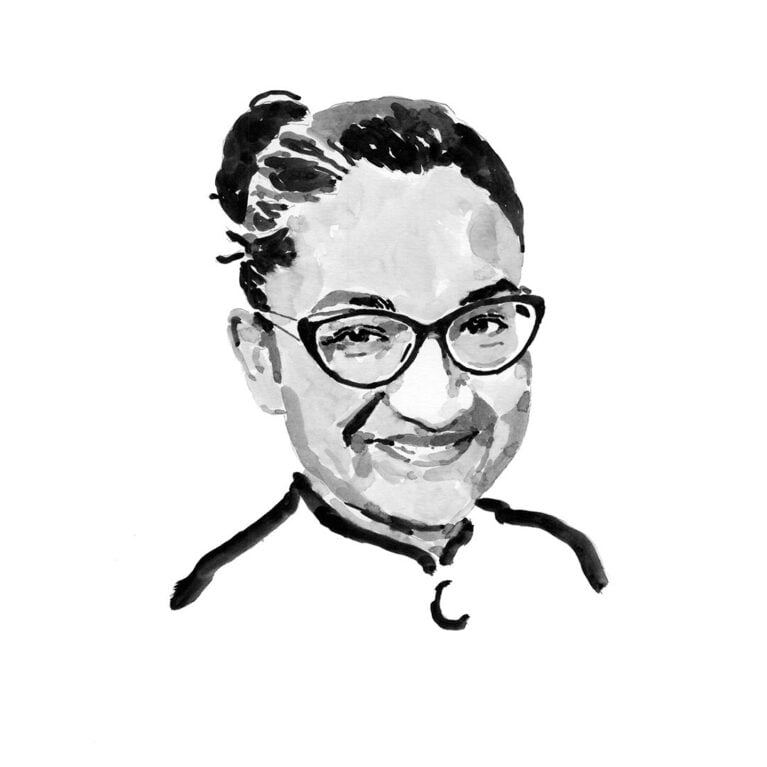 Working for marine conservation is a passion I came upon rather than one that I have grown up with. I was born and brought up in an urban jungle within a conventional social setting. I didn’t know what to do with my zoology degree until I started visiting St Martin’s Island, a region of Bangladesh that is the least explored in terms of marine biodiversity, although 70% of its inhabitants depend on the sea. I realised that conservation is not a goal to achieve but a path to follow and that, whether solutions are being sought, education is being contemplated... 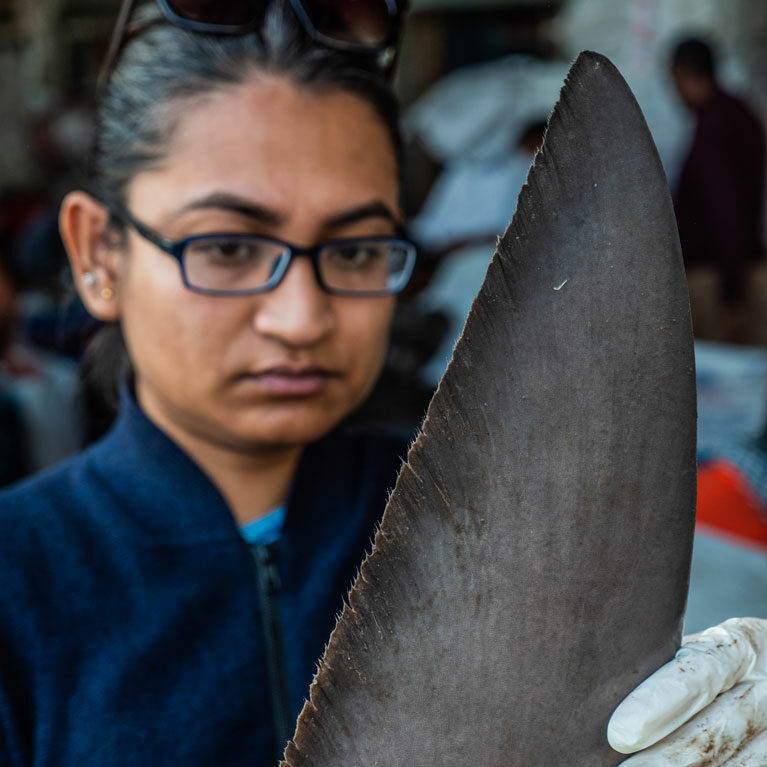 Saving giants in the Bay of Bengal
For Alifa Bintha Haque, scouring fish landing sites in south-eastern Bangladesh for once-abundant sawfishes and guitarfishes has taken time, enormous effort and endless patience – and it’s just the beginning of her mission to protect these species.
Project details

We aim to prepare a holistic, science-based management regime for the sharpnose guitarfish. To achieve this, we plan to map the fishing grounds for this species as well as its habitats; understand the methods and gear used by fisheries targeting this species as well as the fishers’ dependence on catching it; map trade routes and hubs to encourage fishers to comply with mitigating fish mortality and trade in this and other rhino ray species.

Rhino rays have suffered an alarming decline in the Bay of Bengal due to unnoticed overexploitation and unmonitored international trade. The main challenge for a sustainable model that incorporates socio-ecological complexities and the livelihood options of fishers will be to address the gaps between science and policy and between poverty and conflicting conservation actions. We plan to bridge these gaps by means of rigorous science and by involving all the stakeholders in the process.

Giant guitarfish, guitarfish and wedgefish are among the most globally threatened cartilaginous fish species, almost all of which are Critically Endangered. They are important to Bangladeshi coastal artisanal fisheries, but a holistic understanding of the fisheries targeting them and the trade in them is limited. Tremendous pressure from fisheries that overlap the species’ habitats and a lack of research impede timely conservation actions, resulting in unnoticed population declines. Before we began our work in 2016, there was no targeted research into these species. Our results from an ongoing project have shown that catching and trading in rhino rays has been common in Bangladesh for decades. Vessels using different types of fishing gear are active in all Bangladesh’s nearshore shallow waters, putting substantial pressure on rhino ray populations, as the fish are both targeted and caught unintentionally and their meat and fins are sold to meet the increasing demand for them. We have also learnt that landings and populations of giant guitarfish Glaucostegus typus, bowmouth guitarfish Rhina ancylostoma and Annandale’s guitarfish Rhinobatos annandalei have declined substantially and, most importantly, that wedgefish Rhynchobatus species have been perceived as extremely rare, with no sightings in the past eight or nine years. Furthermore, population declines and the disproportionate catching of juveniles indicate that the ongoing rhino ray fisheries are unsustainable. It was clear from our studies that the pressure from the fin trade has increased on other rhino rays, especially the sharpnose guitarfish Glaucostegus granulatus because of its comparatively bigger fins. The international demand for this species is high and the risk that it will become locally extinct is growing. To promote sustainable rhino ray fishery practices that will allow these populations to stabilise, we plan to take a multi-disciplinary approach in the context of a developing country. With the sharpnose guitarfish as our project’s flagship species, we aim to propose a fisheries management regime based on sound science that will involve partnerships with local communities and state agencies, and in this way ensure the survival of rhino rays that are on the brink of extinction in Bangladeshi waters.

The main goal of the project is to minimise the risk of sharpnose guitarfish going extinct in Bangladesh by providing strategic research on which inclusive and improved fisheries management can be based, limiting trade and protecting habitat. To achieve this, three questions need to be answered:

With the sharpnose guitarfish as a flagship – and taking into account the fishery, trade and habitats of the species – we will use it as a model for all rhino rays in Bangladesh and will work out an inclusive conservation strategy that is based on scientific evidence and how stakeholders perceive rhino ray fisheries can be sustainable beyond the lifespan of our project.