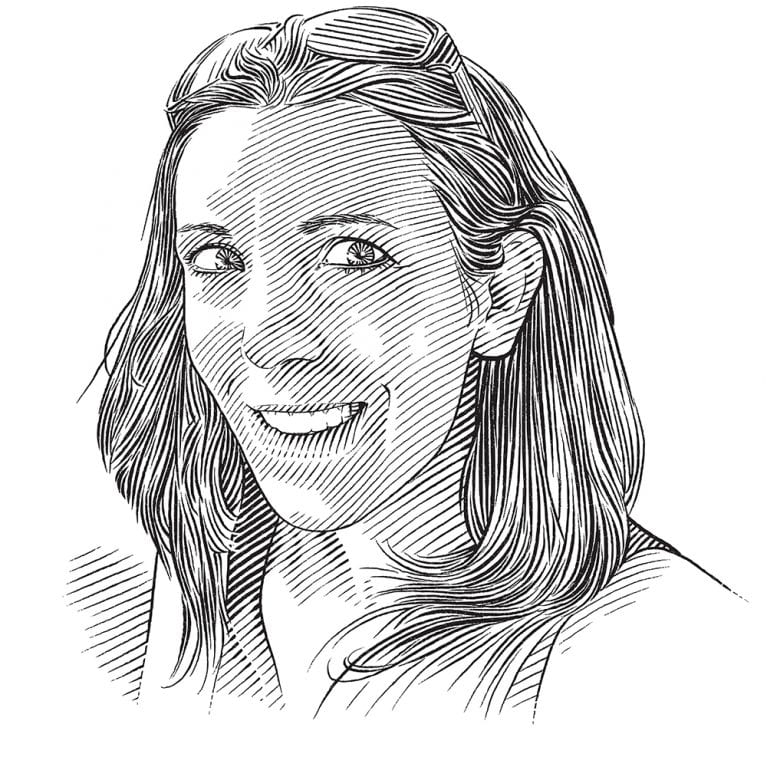 I have always had a passion for the environment and concern for endangered species. Throughout my degree in biochemistry and my Master’s in forensic science I became fascinated by genetic identification and Lab-on-a-Chip technology. In 2006 I was fortunate to do a PhD that involved developing a portable device for carrying out DNA profiling at a crime scene. So what is Lab-on-a-Chip and why is it so cool as a technology? Essentially it is all about getting scientific techniques out of the lab and into the field where they can be most useful. By miniaturising scientific techniques and integrating them,... 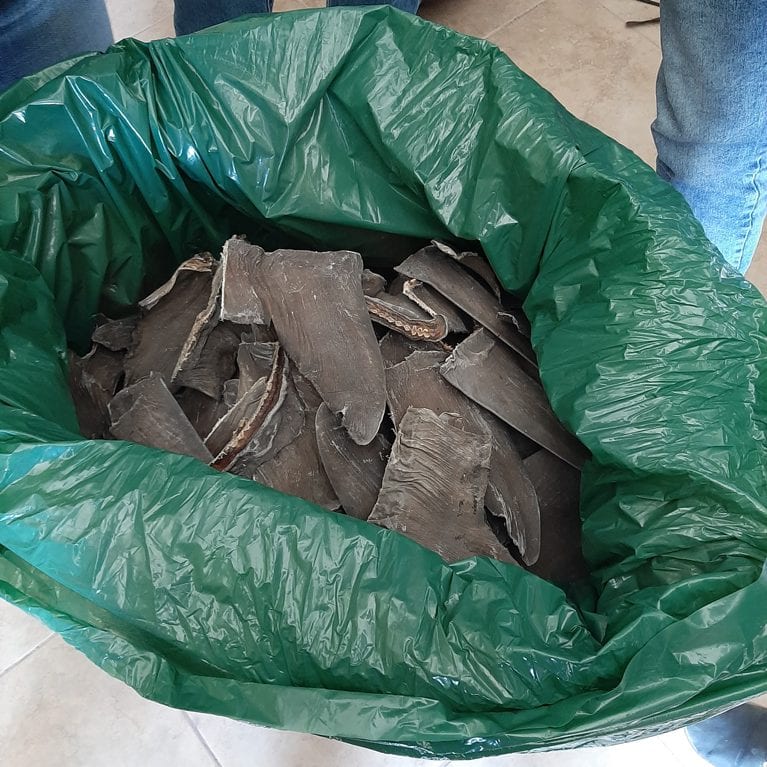 Shark Fin Tales
The shark fin trade is currently the biggest driver of shark mortalities globally, especially threatened species listed under CITES appendix II (e.g. scalloped and smooth hammerheads, silky sharks and thresher sharks). Because of this, we want to ensure the Lab-on-a-Chip (LOC) will work on fresh…

Secret Sources – Shark Markets in Ecuador
After spending a few months in the lab, it was finally time to pack our field bags and head to Ecuador where we would spend the next few weeks collecting samples and testing the Lab-on-a-Chip at three artisanal fish markets (Fig. 1). Each market was… 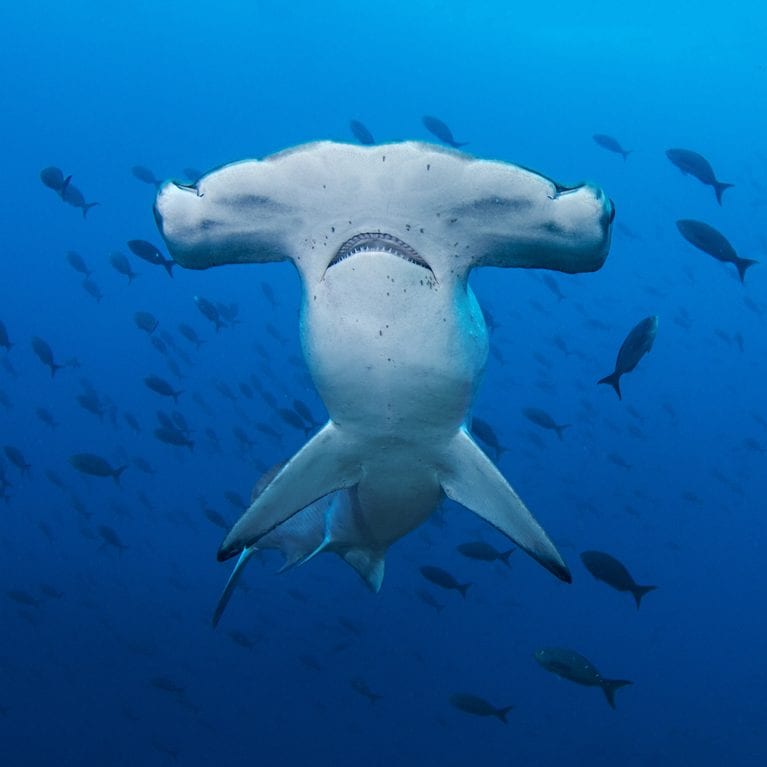 From the lab to the field – fish or shark? Threatened or not?
Over a million sharks are killed every year either intentionally or unintentionally. In Ecuador, threatened species of sharks are frequently targeted for their meat, as well as their fins, for example, scalloped and smooth hammerheads (Fig. 1). Most of these sharks are landed without any…
Project details

The main aim of the proposed project is to produce a prototype portable, cost-effective identification of threatened shark species using Lab-on-a-Chip technology that gives a simple “yes” or “no” answer that can be used by local communities.

Martínez-Ortiz et al. (2015) observed a total amount of 43,384 metric tonnes of sharks landed at five artisanal fisheries in Ecuador from 2008-2012. This equates to an estimate of 1.2 million sharks of which more than half (67%) were threatened species of sharks. If these problems are not addressed, many species of sharks will be eliminated from Pacific waters, resulting in the crash of fish populations. The Food and Agricultural Organisation (FAO) of the United Nations has, this year, produced a database of measures on conservation and management of sharks and already has a National Action Plan for shark conservation in Ecuador. However, resources are limited and we proposed that using the Lab-on-a-Chip will get communities actively involved in rapid identification of shark species, to determine if those listed in CITES are being caught and traded, adding vital and timely support to tackling the illegal fishing problem.

Ecuador is research-poor in terms of monitoring the trade of sharks, with research previously focussed largely on shark species in the Galapagos. The FAO issued an International Plan of Action for Conservation and Management of Sharks in 1999, with one of their high priority objectives being to ‘facilitate the identification and reporting of species-specific biological and trade data’ (United Nations, 1999). In particular, the work presented here fits within the scope of priority B1 of Ecuador’s National Action plan, specifically ‘Identification of species by PCR and development of kits for identification of shark DNA’. (Aguilar et al., 2005). While the FAO reports on the number of shark landings in Ecuador, several publications estimate a higher capture rate. Jacquet et al., (2008) reconstructed the shark landings in Ecuador and found that over a period of 25 years, the FAO underreported on shark catches by approximately 3.6 mt. This project specifically addresses the FAO’s target of providing a tool to correctly identify sharks. From early investigations using molecular genetics to monitor whaling (Baker and Palumbi, 1994), we are on the cusp of being able to make devices to empower untrained locals to use them. LOC systems have been demonstrated within an illegal wildlife trade context for the detection of restriction fragment length polymorphisms (RFLPs) to identify endangered species including macaque monkeys used as meat (Rashid et al., 2015) and Malayan box turtles found as both food and within traditional Chinese medicines (Asing et al., 2016). However, these devices have not currently been field tested. The MinION (Oxford Nanopore Technologies, UK), a commercially-available, portable DNA sequencer, has been demonstrated in the field, for example DNA barcoding for species identification in the Ecuadorian Choco rainforest (Pomerantz et al., 2017) but is not currently a fully integrated system with ‘sample in-answer out’ capabilities as described by our proposed system. LOC technology provides the ideal system to create a point-of-need test as the basic principles involve: i) reduced sample/reagent consumption; ii) decreased cost; iii) smaller footprint and iv) faster processing speeds. Integration enables production of ‘sample in-answer out’ devices which are ideal for use in-the-field meaning samples do not need to be sent off to laboratories for analysis, making uptake of the tests easier. Previous work by the applicants has demonstrated the development of LOC devices which integrate different processes involved in nucleic acid analysis including RNA extraction and reverse transcription-polymerase chain reaction (RT-PCR) for semi-quantitative gene expression studies (Shaw et al., 2013) and DNA extraction and PCR-based amplification for DNA profiling (Parton et al., 2012, Shaw et al., 2011). Work has been carried out on a range of clinical and forensic specimens, ensuring that the real-world interfacing of these samples with microfluidic devices is possible. Specimens have included archived saliva, blood and semen sample on FTA® paper (Wimbles et al., 2016), stool (Mosley et al., 2016), bone (Shaw et al., 2015) and urine (Kemp et al., 2012), all of which have different challenges in terms of sample heterogeneity, physical state and analyte concentration. This work has recently been extended to look at animal samples using white rhinoceros (Ceratotherium simum) dung and has shown that even these complex, highly variable samples can be efficiently extracted (>85% efficiency) on a microfluidic device producing DNA of suitable quality for DNA amplification (paper in preparation). Loop-mediated isothermal amplification (LAMP) reactions, which can produce a visual result in as little as 15 minutes, have previously been designed by the applicants for both white Rhino, as part of the system described above, and also for a range of corrosion-causing bacteria.