The shark fin trade is currently the biggest driver of shark mortalities globally, especially threatened species listed under CITES appendix II (e.g. scalloped and smooth hammerheads, silky sharks and thresher sharks). Because of this, we want to ensure the Lab-on-a-Chip (LOC) will work on fresh or dried fin, as well as the shark meat described in our previous blog. 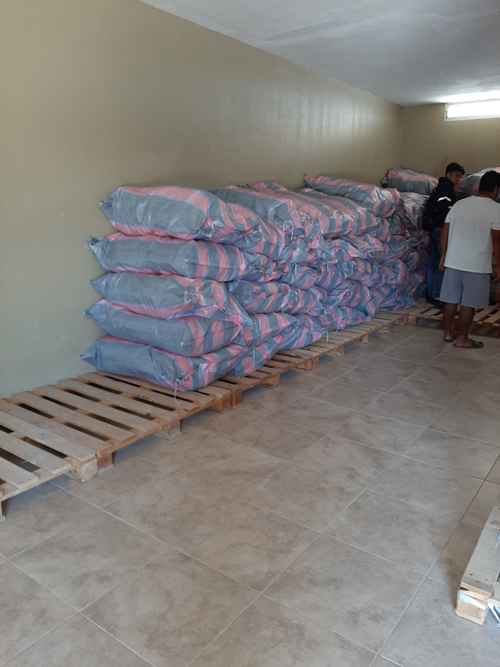 Despite the global occurrence of shark fins, finding them in Ecuador proved to be quite the challenge initially and we teamed up with the Subsecretariá de Recursos Pesqueros y el Plan de Acción Nacional para la conservación y manejo de tiburones del Ecuador (PAT-Ec) del Viceministerio de Acuacultura y Pesca. Visiting the fin drying plant in Manta was by far the most emotional day. Although it looked similar to pictures found online or in the news, it was not as ‘dark’ or ‘secretive’ as I had previously imagined it. The building itself was surrounded by cement walls with barbed wire and large guard dogs were stood behind a fence. I was feeling quite nervous as this was living up to its expectation though walking in, we were greeted by very accommodating staff who showed us around the plant. They had no problem with us asking questions or taking pictures. The first thing I noticed was the distinct smell which was different from a fish market. The next thing was the drying fins laid out on wooden drying racks (Fig. 1). Only a few were occupied at the time, but the staff later told me that these would be full in the ‘high season’. The drying process takes at least 12 days, after which the fins are weighed and sorted according to species and type of fin: pectoral, dorsal or tail (Fig. 2-4). The most demanded fins from Ecuador at the time were silky sharks which are currently listed as vulnerable by the IUCN red list and in appendix II of CITES. 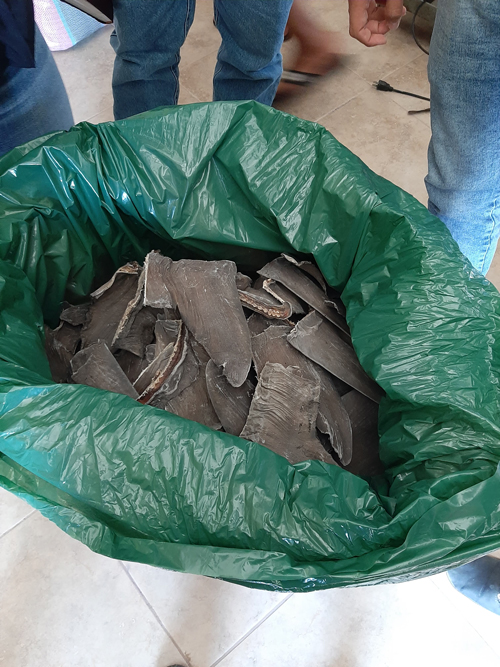 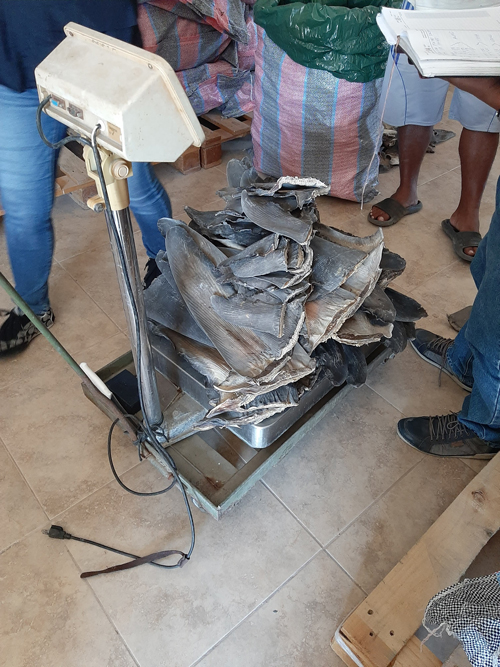 Once we found the samples, it would prove to be another challenge as our typical ‘sampling tools’ were not up to the job and we would be dealing with incredibly degraded DNA. At the plant, they told us that in order to cut the fins, they needed a saw. Armed with only a pair of scissors, scalpel blades and forceps I went to work and few misshapen tools later, we had some dried fin samples (Fig. 5). Even though it was incredibly difficult, the experience taught me so much. It was really interesting to see the drying process as having grown-up in Hong Kong, I was quite familiar with the end product – shark fins at markets or in soup at weddings and parties.

The way of getting DNA out of the samples that we have developed for the chip does not require any laboratory equipment and just one chemical. While it worked well on the shark meat, this would be the first time we had ever tried to use dried fin samples – a much bigger challenge (the samples are harder to manipulate and the DNA can be badly damaged). Despite this, we managed to get DNA from the fins, and were able to find genetic markers for scalloped and smooth hammerhead, as well as pelagic and bigeye thresher amongst the samples! 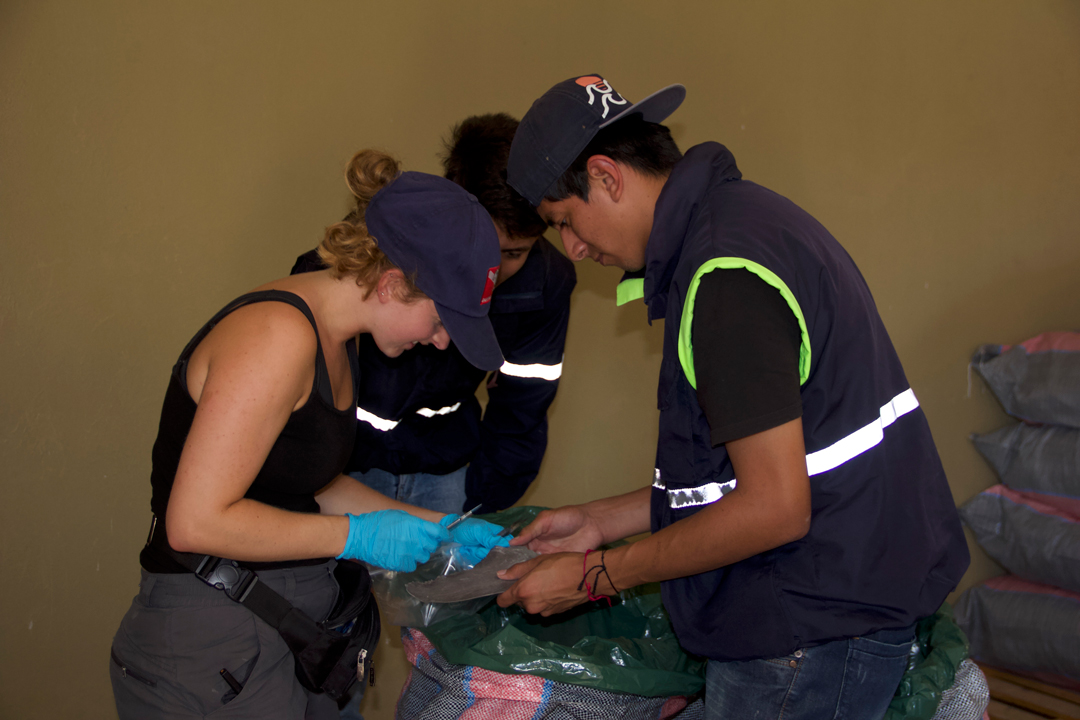 Guuske and volunteers from the ministry examining the dried tail fin of a pelagic thresher shark. Photo © Alexandria Gabb | MMU