Getting to the bottom of by-catch 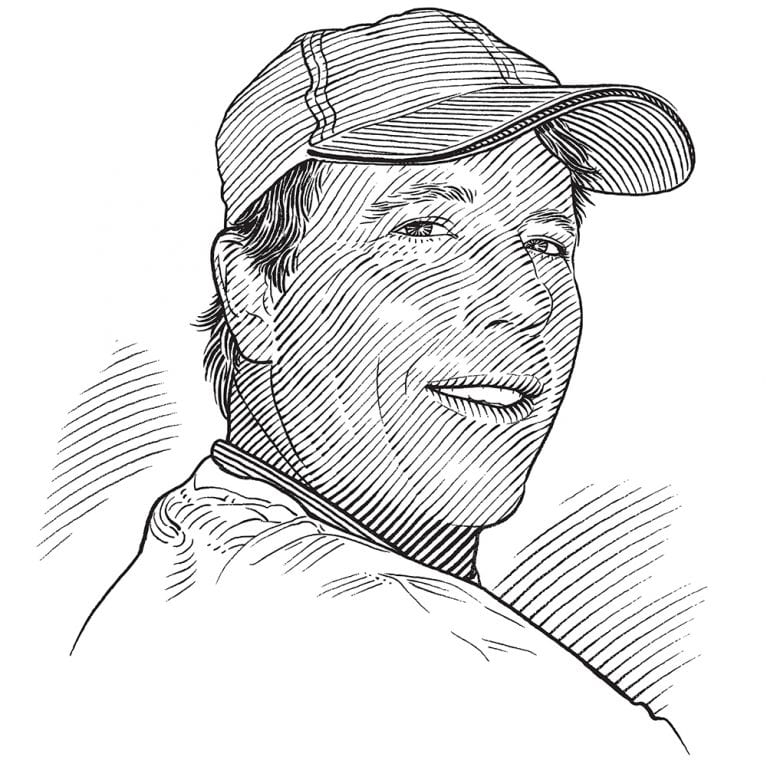 I am a professor in ecology and evolutionary biology at the University of California, Santa Cruz (UCSC), a co-founder of the conservation non-profit Island Conservation, a founding partner and the science director of the conservation for-profit Conservation Metrics, Inc., faculty director of the UCSC Natural Reserve System and a National Geographic Fellow. I have conducted conservation research on island ecosystems and marine vertebrates for more than 30 years. I received a BSc in biology from the University of California, Davis, an MSc in marine sciences from Moss Landing Marine Laboratories and a PhD in marine biology from Scripps Institution of oceanography. 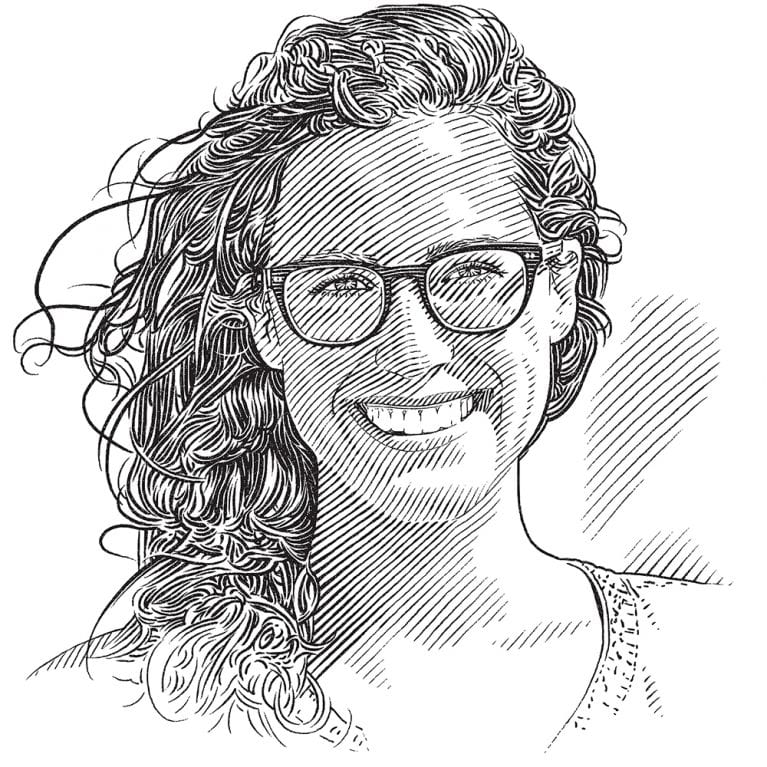 I spent much of my childhood on a tiny island off the wind-battered coast of Maine, surrounded by a working and vibrant lobster fishery. It was here on this tiny island, population 400, that I learned to fish with a mackerel jig and cook the perfect lobster. Fishing wasn’t just a hobby, it was a livelihood –and it quickly became the focus of the rest of my career.

Now I am a PhD student in the Conservation Action Lab at University of California, Santa Cruz studying ecology and evolutionary biology. My focus is on fisheries by-catch, or the ‘collateral damage’ that... 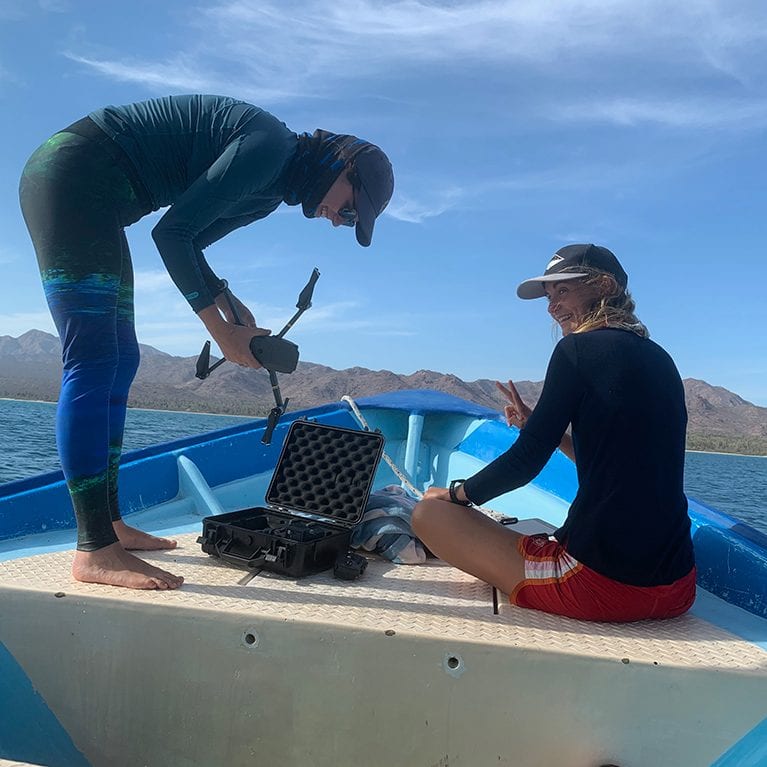 Using a drone to spy on devil rays from above
You’d be surprised how difficult it is to find devil rays with the naked eye—even when they gather in the hundreds and thousands. But with a drone, that mission becomes a whole lot easier. While we were in Baja California Sur, Mexico, this past field… 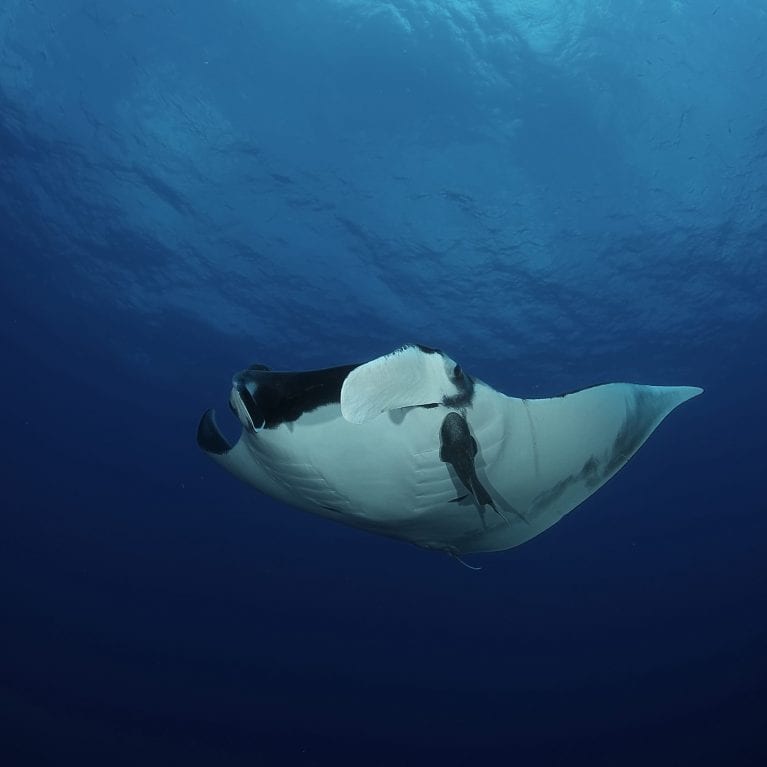 Searching for devil tails in the Sea of Cortez
A tiny piece of a devil ray’s tail contains a whole world of information. From just a few centimetres, we can unlock the species’ evolutionary history, the structure and approximate size of its different populations, and something about its chances for persistence in a world…
Project details

This project aims to investigate the role of anthropogenic impacts on mobulid ecology, mortality, and population persistence. Commercial bycatch, specifically within the purse seine fishery, poses a significant threat to mobulids, and more research is necessary to characterize the nature of that bycatch in order to develop effective mitigation strategies.

The Eastern Tropical Pacific (ETP) has exceptional mobulid diversity, including occurrence of five of ten recognized species, and has the highest mobulid bycatch rates of all global tuna purse-seine fisheries. While the purse-seine fishery in the region has extensive observer coverage, there is uncertainty in relative bycatch rates across mobulid species – each with distinct life histories, distributions, and vulnerabilities – making effective management challenging. While species identification for mobulids caught as bycatch in the tuna purse-seine fishery is a high priority for conservation, the reliability of observer species identification is low, due to morphological similarities among the mobulid species. Fortunately, emerging genetic tools can facilitate accurate species identification from tissue samples which has the potential to contribute to our understanding of threats to species and will provide fundamental information on population structure and size within species; information critical to inform fishery managers on accurately quantifying threats to mobulid population viability.

Manta and devil rays, known collectively as the family Mobulidae, are a charismatic yet enigmatic group encompassing 10 recognized species. These filter-feeding elasmobranchs are the largest extant group of rays, and have widely distributed circumglobal ranges in tropical, subtropical and temperate waters. Life history and biological information about mobulid rays is notoriously sparse (Notarbartolo di-Sciara 1988). What we do know about mobulids suggests that this group is exceptionally susceptible to anthropogenic threats (Croll et al. 2016).  Mobulids have exceptionally vulnerable life histories, with delayed first reproduction, large size at birth, and one of the lowest fecundity rates of all fishes, likely producing just one pup every 1-3 years (Notarbartolo-di-Sciara 1988). Based on these life history parameters, Dulvy et al. (2014) estimate that the median maximum rate of population increase for manta rays to be at 0.116 ; among the lowest of all chondricthyans.

Even less is known about the extent to which other fisheries-related incidental mortality is impacting mobulid populations. Mobulids are incidentally caught in a range of fisheries and gear, including recreational and commercial, industrial and small-scale, and as target catch and bycatch (Croll et al. 2016). During the 11-year period from 1998 to 2009, mobulid landings increased by more than an order of magnitude (Ward-Paige et al. 2013). Direct catch of mobulids accelerated with the development of a lucrative market for mobulid prebranchial gill plates for use in traditional medicines in Asian markets, which expanded after the 1990s, inciting concern from conservationists (Heinrichs et al. 2011).

More recently, the incidental take of mobulids in global tuna purse seine fisheries has become a concern, with increasing awareness that all of the global tuna fisheries have significant mobulid bycatch. In the Eastern Tropical Pacific, while there is extensive fisheries observer coverage across the purse seine fleet, there is considerable uncertainty in relative bycatch rates across the five mobulid species present – each with distinctly different life histories, distributions, and fishery vulnerabilities – making the effective management problematic. Three of these species are listed as Near Threatened, and three are listed as Vulnerable by the International Union for the Conservation of Nature Red List. However, genetic techniques (Adnet et al. 2012) offer not only insights into both fisheries impacts on these vulnerable species, but also point to conservation priorities for mobulids. Still, while the past decade has revealed more information about mobulid life history characteristics, much remains to be learned.

Building on the Coastal Conservation Action Lab’s more than decade-long history of research on mobulid populations and movements, this project seeks to understand bycatch impacts on a vulnerable, understudied group of charismatic megafauna, and to provide tangible solutions.