Nicolas is concerned about Australia’s bull shark nurseries: the coastal bays and rivers where these sharks go to pup. Evidence has shown that female bull sharks may return to the same nurseries where they were born, to give birth to their own pups, and that they repeat this pattern each reproductive cycle. If this is true, there is concern for limited bullshark population connectivity and recovery if these rivers and bays are degraded. His project will use genetics and acoustic telemetry to assess how natal philopatry (the tendency to return to the same nursery each cycle) shapes how female bullsharks are movement around Australia’s coastline. 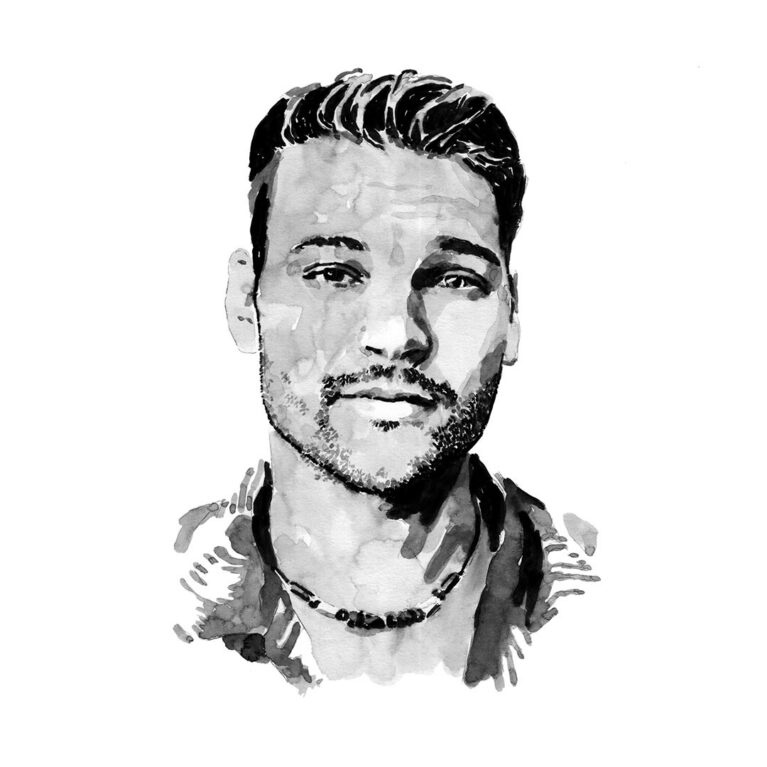 Originally from Germany, I always knew I wanted to study biology and I thought the best strategy to do that would be to get out into the world and work and study in as many places as possible. So I did my undergraduate degree at the University of Miami in Florida. During this time I worked for Neil Hammerschlag’s shark lab, where I gained my first experience of catching and tagging sharks. I also spent a semester in the Galápagos Islands studying scalloped hammerheads and horn sharks. Then I went to South Africa to work with great white... 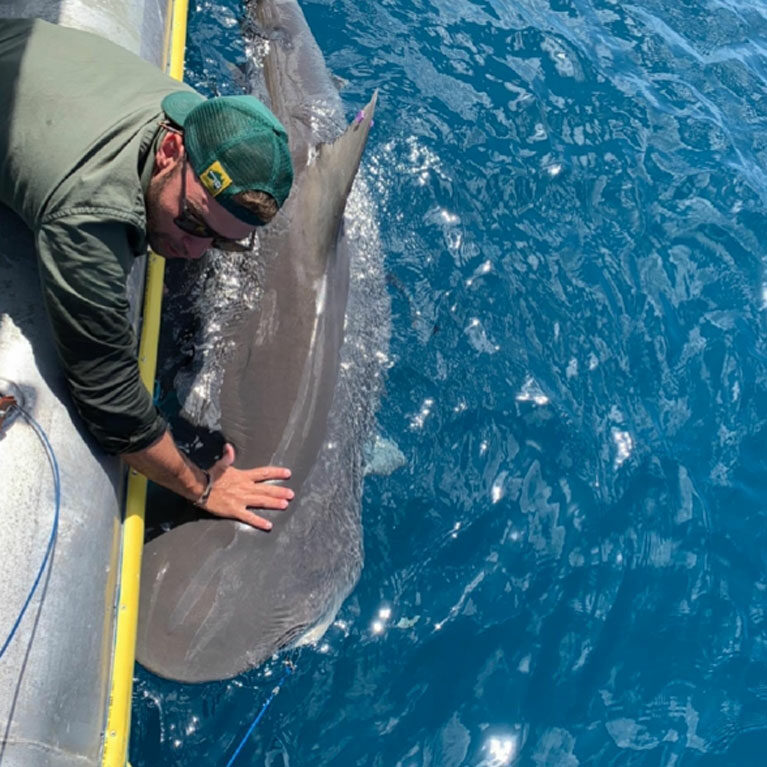 From baby sharks to mommy sharks
Hands-on research to study female shark migration to coastal nurseries Many species of sharks and rays, such as bull sarks and sawfish are believed to exhibit a behaviour called natal philopatry where females will always return to the same nurseries in which they themselves were…
Project details

To combine genetics and acoustic tracking in adult female bull sharks in order to investigate patterns of natal philopatry along Australia’s east coast and how these patterns may affect overall movement behaviour, connectivity and potential for recovery of the species.

Many elasmobranchs that utilise rivers or coastal bays as nurseries, including bull sharks, have experienced population declines. Evidence suggests that in each reproductive cycle females return to the same nursery to pup. In the face of global population declines, this raises concerns in terms of limited connectivity and potential for recovery if local nurseries are degraded. My project combines genetics and acoustic telemetry to investigate whether fidelity to nurseries drives individual female movement patterns and thus influences the connectivity of the population.

Bull sharks utilise rivers as nurseries in which the juveniles remain until they reach about 1.4 metres (4.7 feet) in length. Despite such localised nurseries, adult bull sharks make wide-ranging movements of up to 1,800 kilometres (1,118 miles) along the east coast of Australia, although they also demonstrate high intra-specific variability in movement behaviour. Often movement patterns are linked to seasonal temperature changes and the availability of food. It is not known, however, what role reproduction plays in shaping movement patterns and their variability. Genetic evidence suggests that female bull sharks exhibit natal philopatry, consistently returning to give birth to their pups in the same river where they were born.
Anecdotal evidence from Queensland and New South Wales suggests that local bull shark numbers can be affected by the construction of dams or weirs and the opening and closure of netting and fishing operations in rivers. Fluctuations have been reported in the number of juveniles in river systems and they would subsequently result in fluctuations in adult numbers if survival rates in nurseries are permanently decreased. This raises important questions. Firstly, how are overall movement patterns and intra-specific variability of wide-roaming adult females influenced by the need to return to natal rivers for pupping? And secondly, how prevalent is natal philopatry in bull sharks and how does it affect connectivity and the potential for recovery if development and pollution, for example, decrease survival rates in local nurseries?
For this project I am using genetics to establish relatedness between acoustically tagged adult females and sampled juveniles from river systems along Australia’s east coast. This is combined with acoustic tracking data to detect if female bull sharks strictly pup in their natal rivers or if some flexibility exists. Thus, I am using movement patterns in female bull shark as a model system to investigate how reproductive behaviour drives movement patterns and ultimately affects connectivity and the potential for recovery in populations of wide-roaming elasmobranchs that show fidelity to specific nurseries.