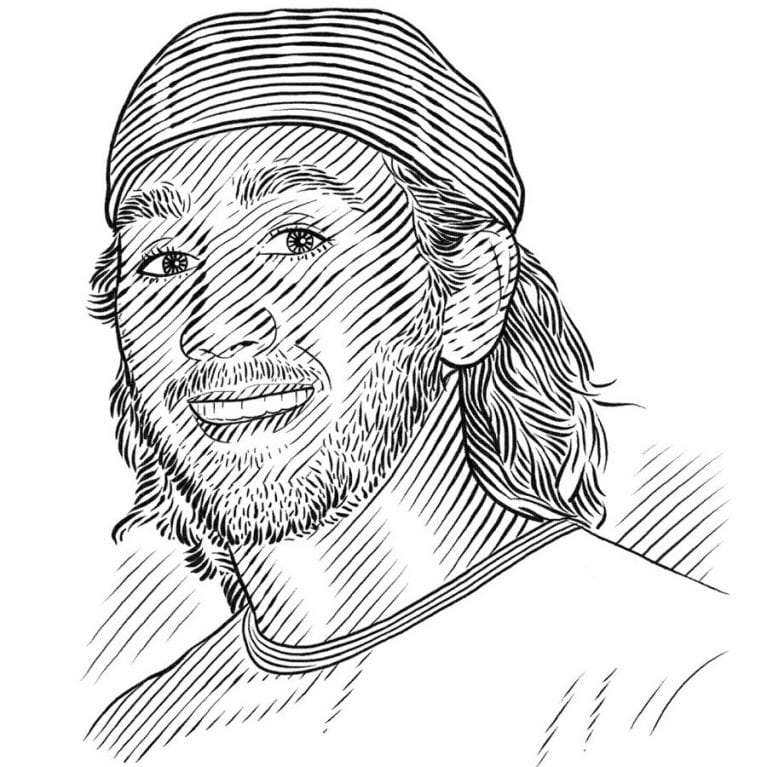 I grew up in Tucson, Arizona, part of the Sonoran Desert. People often ask how a kid from the desert could become so interested in the ocean and quite frankly, it wouldn’t have been possible without my parents. I remember taking many trips to California to visit beaches and aquariums, visits that crafted my appreciation for marine life. The animals we saw were all mesmerisingly beautiful, but I was far more intrigued by the mystery that surrounded them. Specifically, I remember watching a pufferfish swimming by itself in a fish tank and I could have sworn it was watching me through the glass. This experience ultimately shaped my desire to study animal cognition and behaviour.

Many years later I earned my BSc from the University of Arizona. Out of all my undergraduate experiences, I am most proud of reorganising the fish collection. There are more than 175,000 specimens in the collection and they were largely unorganised as recent developments in molecular biology had rearranged the phylogenies. For a research project I organised the room like a library. I felt like the stereotypical librarian who could locate any book within seconds, except I wasn’t locating novels.

During my time at the University of Arizona I interned at the National Aquarium in Baltimore. This experience opened the door to the Bimini Biological Field Station, where I would spend the next three summers. The Shark Lab, as it is often called, has greatly influenced my interest in shark research, whether it was helping Jean Finger study shark personality or swimming with a 14-foot tiger shark – my life was forever altered!

My project, which served as my Master’s thesis, was carried out at the Bimini Biological Field Station. Bimini is surrounded by the bluest water I have ever seen; it is easy to get lost staring at the picturesque scenery. Speaking of the landscape, it’s impossible to get away from the ocean – it is everywhere! Bimini is so small that in certain areas I could throw a baseball right across the island, and I don’t even have a good arm. The people at the Shark Lab are drawn to work on Bimini mainly for one reason: the sharks. Dr Samuel ‘Doc’ Gruber realised the ecological value of this island and created the lab in 1990. Without his efforts, I wouldn’t be doing what I am today. Doc has changed my life and the life of every volunteer who has walked through the doors of the Shark Lab.

After earning my MSc, I enrolled at Florida State University (FSU) to work on my doctorate. I conduct field research at the FSU Coastal and Marine Lab in St Teresa, Florida, and near Charleston, South Carolina. For the next few years I will be conducting research primarily in these two regions.

The possibility of determining what factors influence animal behaviour intrigues me and my project – investigating how familiarity influences partner preference – has allowed me to do just that. Together with my advisers, I developed a protocol to examine this question and identified a behaviour that had not yet been diagnosed in sharks. The preference for associating with the familiar is widespread across the animal kingdom. Let me prove it. Take your dogs to a dog park and watch; they will hang out more with each other than with strangers. It’s pretty basic behaviour, but do sharks do the same thing? Of course they do! My team found that sharks show a statistical preference for animals they live with compared to strangers.

After coming back to South Carolina for graduate school, I have given more than 20 presentations. This project has advanced scientific understanding of the mechanisms of group formation, and at the same time has educated children about shark conservation. Both of these outcomes will help to protect our oceans, the main goal of the Save Our Seas Foundation.

My current research focuses primarily on assessing the role of magnetic-based navigation in the movement of coastal sharks. Scientists have known for decades that certain species of sharks return to the same location each year. This is similar to a sea turtle returning to the beach where it was born. This ‘philopatry’ is very interesting, but we do not know what navigational mechanisms the sharks use during migration. The main theory is that they employ magnetic-based navigation, perhaps using the earth’s geomagnetic field as a compass. My work will explore this possibility.