Sometimes a new species (or two) are hiding in plain sight. A recently-published scientific paper has described two species of sawshark new to science. And yet, specimens of one of these species have been housed in museums for years! Recent sampling efforts in Madagascar and Zanzibar, as well as examinations of sawsharks in several museum collections, revealed that at least two hitherto undescribed sixgill sawshark species live in the western Indian Ocean. 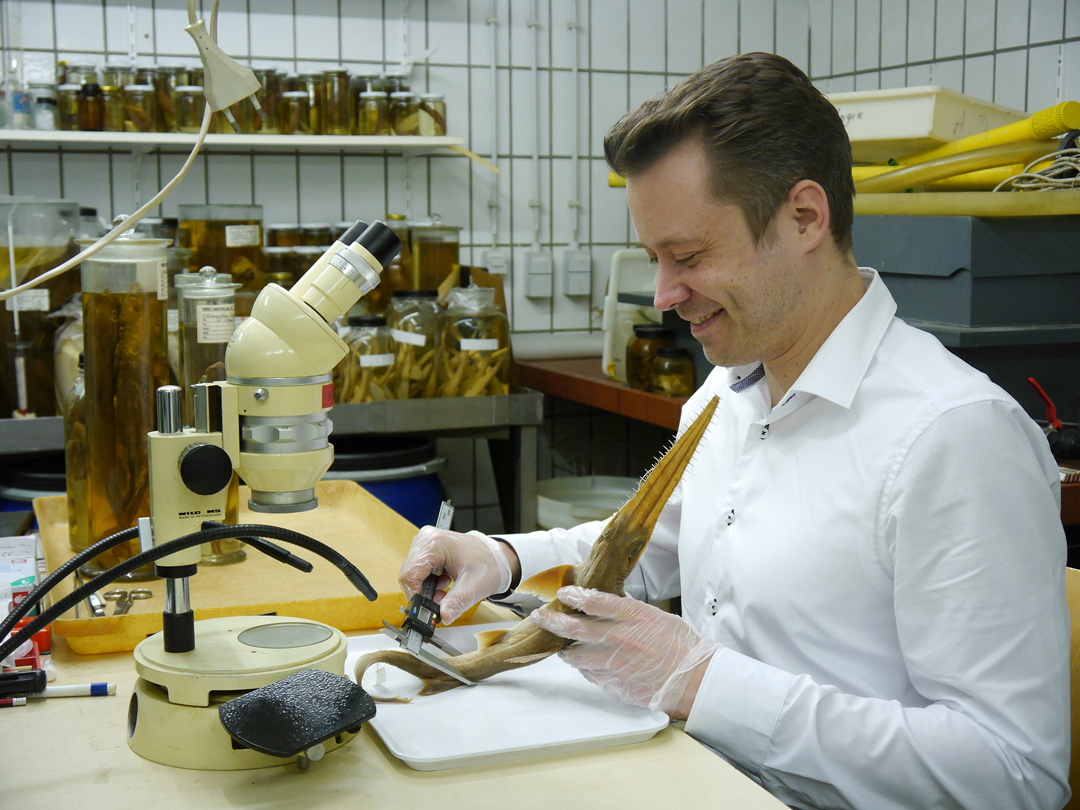 Whilst both sawfishes and sawsharks have a long ‘saw’ or rostrum attached to their heads, they are not closely related. Sawfishes (Family Pristidae) are in fact rays, whereas sawsharks (Family Pristiophoridae) are true sharks, more closely related to species like great white sharks and basking sharks. There are some easy ways to tell them apart – sawsharks have their gill slits on the sides of their heads, whilst sawfishes have gill slits on their ventral surface (belly), just as manta rays do. The teeth on the saw (or ‘rostrum’) of a sawshark are very sharp and needle-like and, along the length of the saw, alternate in size between longer and shorter teeth, whereas on a sawfish rostrum, the teeth are broader and are spaced more widely apart. Sawsharks also have a pair of barbels that trail from their rostrum (a bit like a moustache!), whereas sawfishes do not. And whilst sawsharks reach less than 2 m in length (depending on the species – most are smaller), two species of sawfish can reach up to 7 m in length! For more tips on how to tell these two groups of weaponised fishes apart, check out the simple infographic I made to help fisheries observers, here. 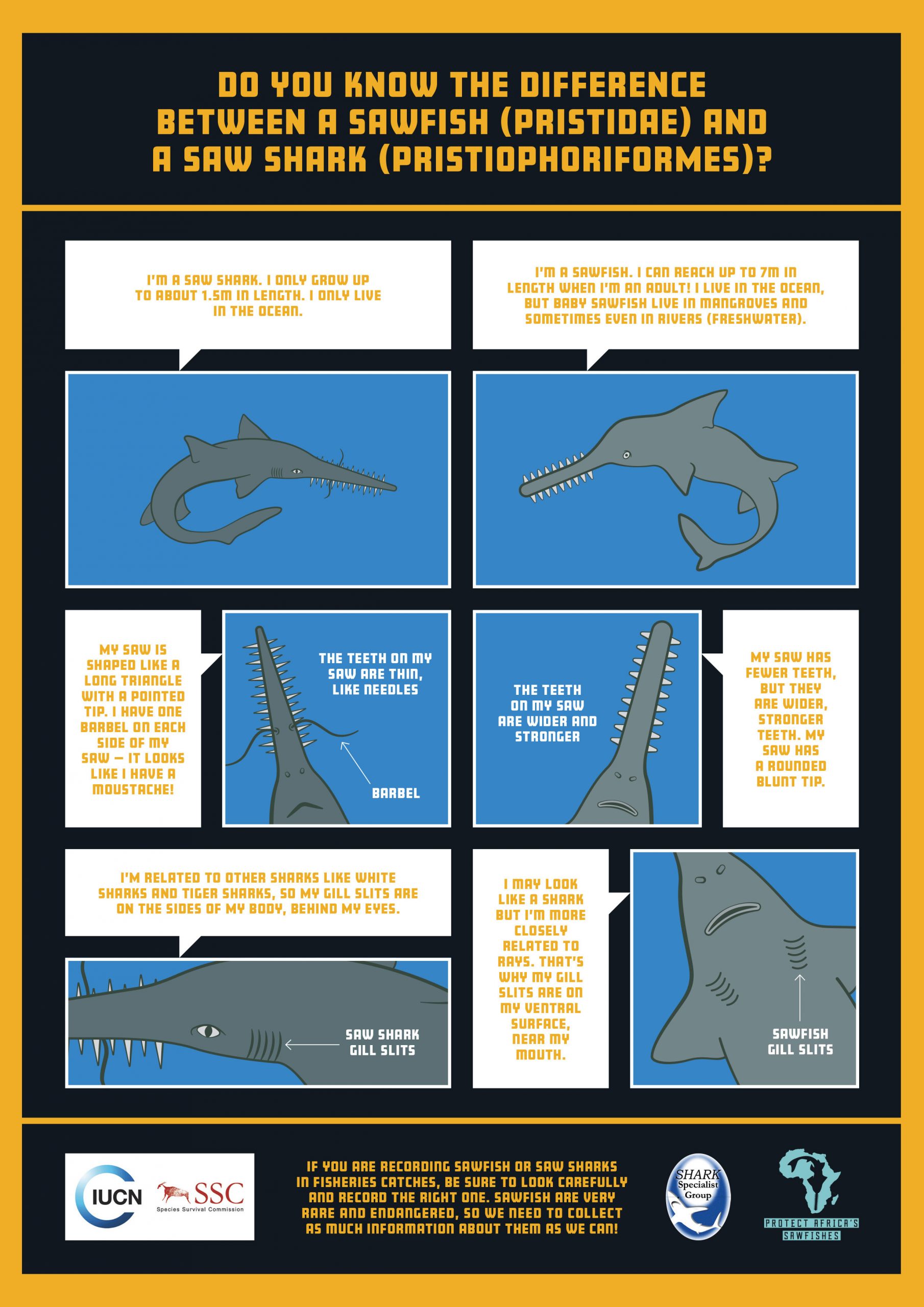 An infographic illustrating the difference between a sawfish and a saw shark. Image © Ruth Leeney 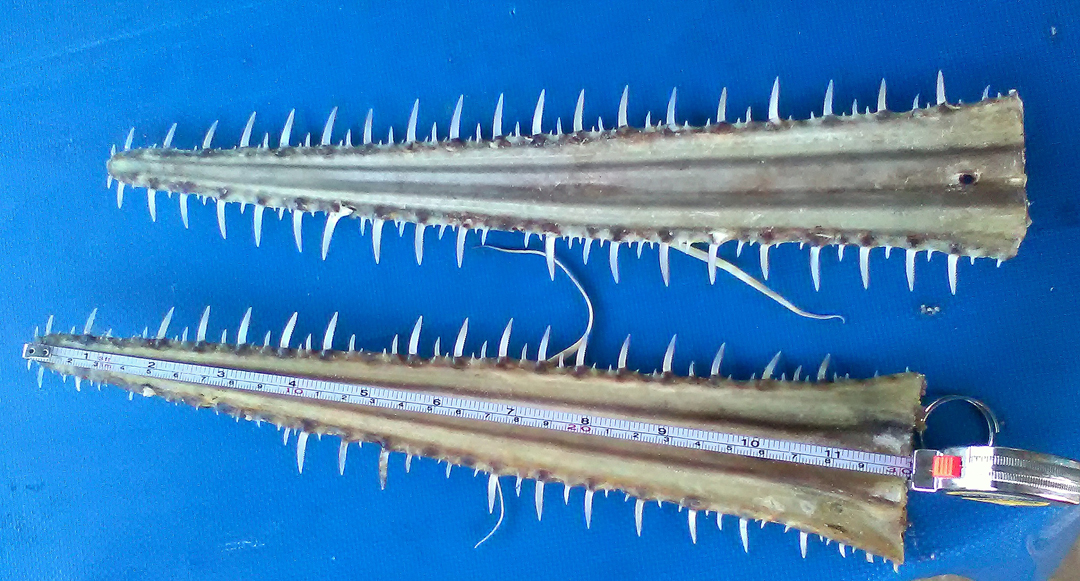 Searching for and studying sawfishes over seven years has led me to some unexpected places, and has also resulted in some surprises. In 2017, whilst doing sawfish research in Madagascar, I received a message that a fisherman based in the village of Andavadoaka (southwest Madagascar) had just caught two sawfish! Having learnt, over the years, to be sceptical until I could verify such reports, I suspended my excitement and asked for a photo of the animals. Sure enough, the photo that appeared the next day in my email revealed that the fisher had in fact caught not sawfish, but sawsharks. Colleagues from Blue Ventures, who have been monitoring the shark fisheries in Andavadoaka for several years, have in fact documented several sawsharks in local landings. Despite not being the species I was searching for in Madagascar, it wasn’t every day I had the chance to study these rarely-seen sharks. The bodies had swiftly been sold as food in the local market but the fisher had kept the saws, so I asked a friend to send them to me. 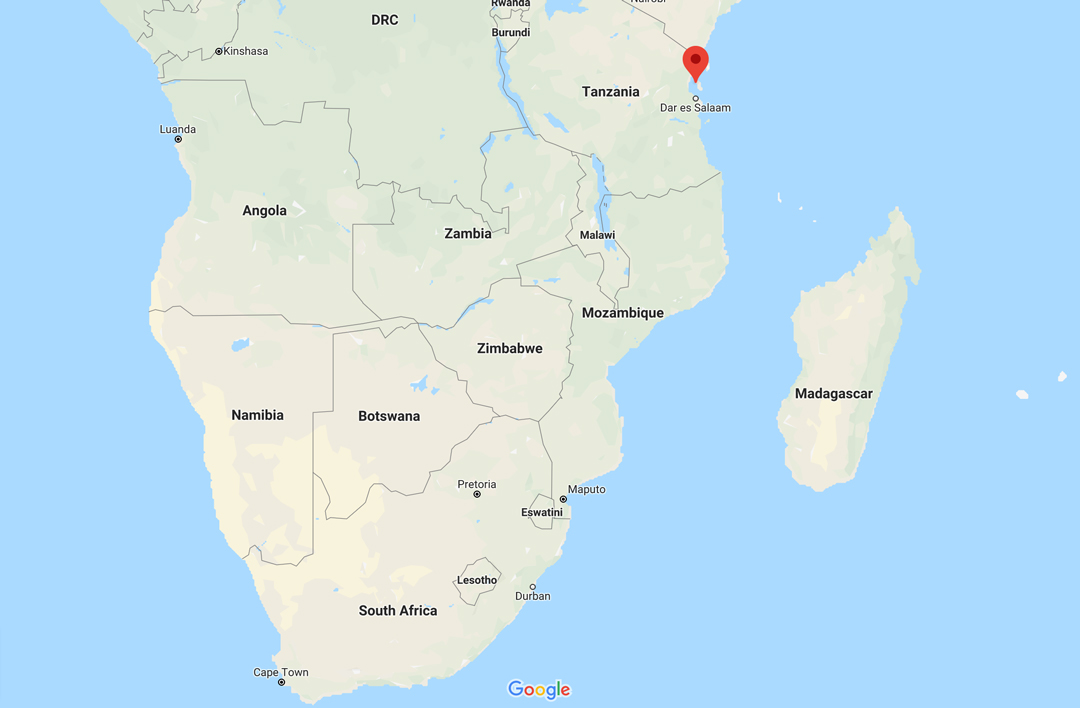 Madagascar an island country located in the Indian Ocean, East of Africa. Zanzibar (red pin) is a Tanzanian archipelago off the coast of East Africa. Image © Google Maps | Google

Around the same time, scientists collected a sawshark off Zanzibar during a 12-month programme to document fish landings from around the island, and were later able to collect an additional specimen. By comparing them with the saws from Madagascar and sawsharks in the British Natural History Museum and several other museums that hold specimens from the western Indian Ocean, and using a range of taxonomic techniques including detailed measurements of the body of each shark, and very high-detail photographs (using a scanning electron microscope), two new species of sawshark were described.

Scanning electron microscope images show the detail on a rostral tooth (left) and a dermal denticle (right) from Kaja’s sixgill sawshark, one of the new species described. Photo © Simon Weigmann.

Side view of a juvenile Kaja’s sixgill sawshark, 56 cm in length. The scale bar (black marker on the image) is 5 cm in length. Photo © Simon Weigmann 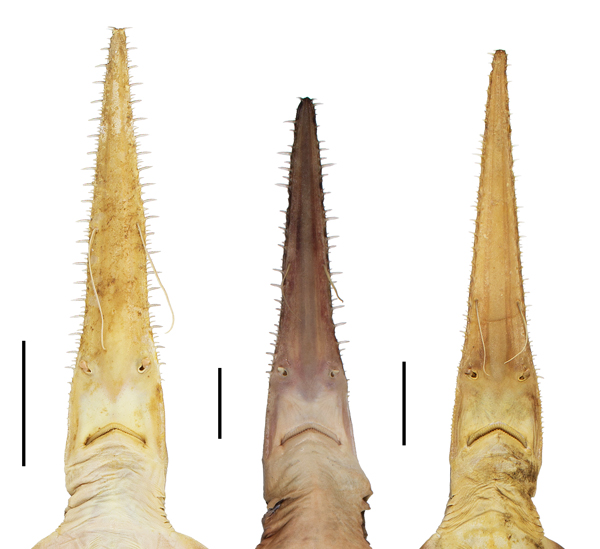 We know very little about sawsharks, as they inhabit mostly deep, offshore waters and tend to only be encountered sporadically by industrial fishing boats and the occasional fisher in Madagascar (and in the Philippines, as my sawfish research there also revealed!). Are there other species of sawshark that scientists haven’t seen and described yet? What do they eat and which parts of the ocean do they live in? Are fishing, plastic pollution or warming ocean temperatures in the deep sea having an impact on these fascinating species? I hope that we, and future generations of scientists, will have the chance to answer some of these questions.

The full description of these new species has been published in the scientific journal PLOS ONE.

**Special thanks to Vily and Michel Strogoff (Goff) from Andavadoaka for providing the rostra from Madagascar; to Frances Humber and Blue Ventures for sharing data on two additional sawshark landings in Madagascar and to James Maclaine for facilitating Ruth Leeney’s work in BMNH.