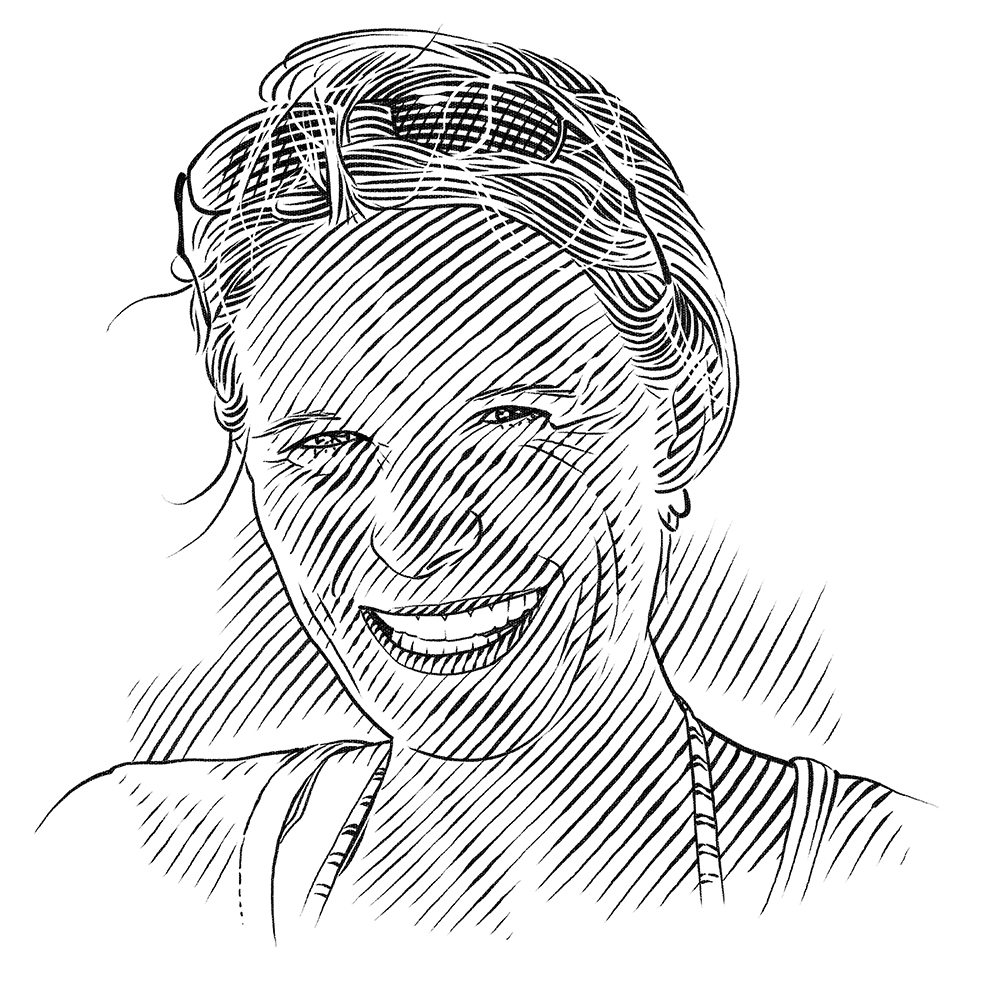 I have always been fascinated by the underwater world, encouraged perhaps by watching Jacques Cousteau documentaries as a child, and when I learned to scuba dive in my early 20s, my world changed forever. I began my career as a marine biologist by studying whales and dolphins and, searching for a niche to fill, realised that there was remarkably little known about them in African waters. I began working in The Gambia in 2007 and have since been involved in projects in eight countries on both the east and west coasts of Africa. Through my experience in providing training to local communities and interviewing fishers, I landed a short contract to collect information about sawfishes in Guinea-Bissau. I soon became fascinated by this group of unique and rapidly disappearing species. We have even less information about where in Africa sawfishes still exist and the local threats they face than we have about whales and dolphins. I set up the Protect Africa’s Sawfishes project in 2012 in order to address this gap in knowledge and to work in collaboration with local communities and governments to protect any remaining sawfish populations in African waters. To my mind, sawfishes can act as flagship species for marine conservation. By addressing the threats to sawfishes, which include unsustainable fishing practices and the loss of mangrove habitats, we address threats to marine and freshwater ecosystems throughout Africa and to the fishing communities that depend on these ecosystems for food and income.

Recently, most of my efforts have focused on the East African (Indian Ocean) coast and they include my current SOSF-funded work in Madagascar. Africa is a huge continent with an amazing diversity of cultures, and I have learned much from each of the places I have been fortunate to work in. A lot of my work involves wandering through fishing villages or fish markets, sometimes in freshwater environments hundreds of kilometres upriver, and I often feel far from the beaches and underwater world I love. However, during my field work in Madagascar this year I visited some remote regions where communities seldom see outsiders. I encountered the rare sight of swathes of pristine mangroves and small, artisanal fishing communities where fishers maintain a respect for their local fishing grounds and the taboos and traditions that their ancestors followed. It is heartening to know that such places still exist. Many of the threats to sawfishes are the same all over the world, especially by-catch in trawl fisheries and the loss of mangroves, an important habitat for juvenile sawfishes, through deforestation. Other threats are specific to certain locations. For example, deforestation in Madagascar’s inland areas causes erosion, which leads to the build-up of sediment thousands of kilometres downstream, at the mouths of rivers. As river mouths and mangrove areas become shallower, the movements of sawfishes may become more limited, making the fishes easier to catch or possibly preventing them from accessing nursery areas. Visiting various fishing communities in coastal and freshwater areas in Madagascar to collect interview data has enabled me to experience at first hand the living conditions and struggles of these communities. According to the United Nations’ Human Development Index 2014, Madagascar is one of the poorest countries in the world. Conservation efforts in such places can never prioritise the protection of wildlife over the well-being of human communities, and even if they did, such conservation efforts would be ineffective. My hope is that sawfish conservation in Madagascar will be a community effort and that, through education and the development of more sustainable fisheries and alternative livelihoods, it will benefit local people as well as sawfish populations.

Protect Africa’s Sawfishes addresses a simple but critical problem: we need to protect sawfishes, but in Africa we just don’t know where sawfish populations still exist. Without that very basic information, we can’t develop sawfish conservation programmes or identify what the major threats to sawfishes are in various African countries. So right now, my work focuses on collecting baseline data – documenting where in Madagascar sawfish used to be found and whether they are still caught or seen in those areas. I also document the links between communities and sawfishes. In the case of Madagascar, sawfishes are not culturally important (except in one small area), but they do provide fishing communities with food and saleable commodities such as meat and fins. If sawfishes are to be protected effectively, fishers must be provided with an alternative means of providing for their families. The project involves conducting interviews with fishermen and women, and other local people with long-term knowledge of fish catches, to find out whether they catch or observe sawfishes, or did in the past. We also ask whether they know of specific areas where sawfishes, called vahavaha or vavana, can be found and whether sawfishes are important to them, either economically or culturally. This kind of work is slow and time-consuming, but doesn’t require any specialised equipment. So the funding provided by the SOSF covers the basic costs of running the project: transport from one village to the next (by bush taxi, bus or local canoe!), accommodation and hiring local translators and guides to help with the interviews. A project of this nature is generally good value for money, as it results in really useful baseline information about where we need to focus future research conservation efforts for sawfishes. The outlook for sawfishes in Madagascar is positive – they are certainly still present, at least in small numbers. The next essential steps are to conduct sampling in certain areas that interviewees have highlighted as being important sawfish habitats, so that we can get photographic proof that sawfishes do indeed inhabit Malagasy waters and identify any critical habitats such as nursery areas for young sawfishes. The Malagasy government recognises the importance of protecting this unique and critically endangered species in national waters, and I am looking forward to working closely with it to develop a National Sawfish Conservation Strategy in line with recommendations made by the IUCN’s Shark Specialist Group. I am optimistic that we can protect one of Africa’s last populations of sawfishes, and in doing so raise awareness globally for these fascinating ‘sea monsters’!