What goes around comes around

Contamination of guitarfishes by human pharmaceuticals and personal care products

Pharmaceutical and personal products (PPCPs) are widely used among societies and end up in aquatic environments due to domestic wastewater discharges or even direct discharges. Furthermore, veterinary usage of pharmaceuticals is also responsible for this input. Daily, a variety of these products is used, including UV-filters, parabens, and pharmaceuticals in general. But what are the consequences of these widely used compounds to wildlife? 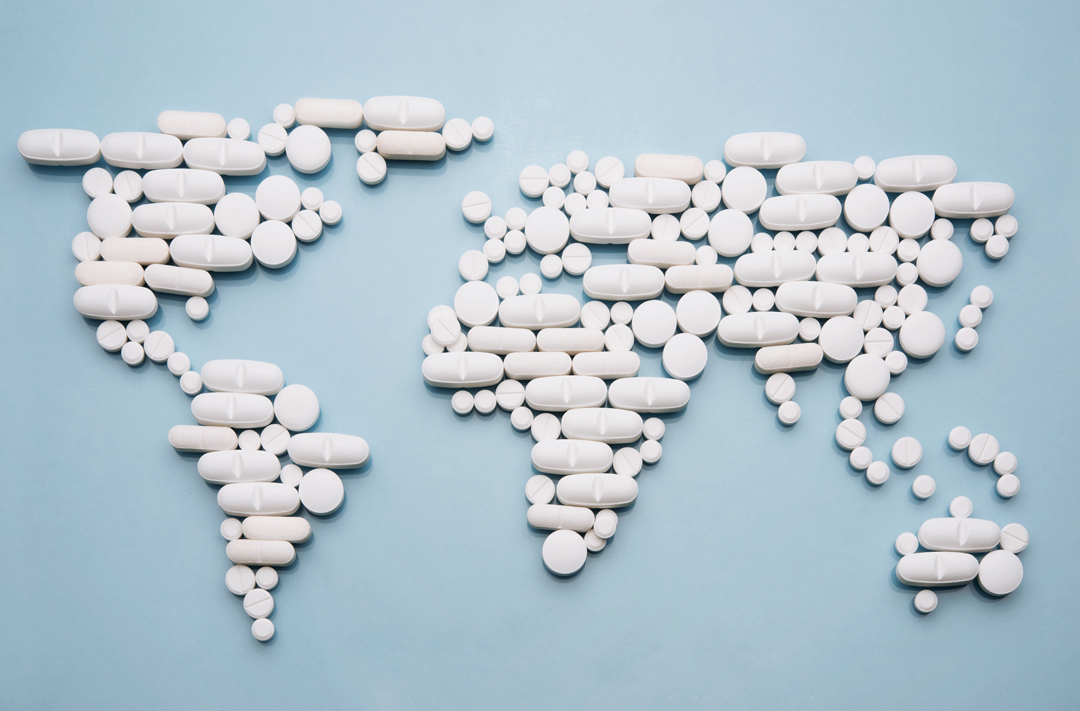 Pharmaceuticals are used daily around the world and end up in aquatic environments due to domestic or veterinary discard. Image © Pogonici | Shutterstock

The problem with PPCPs entering in the aquatic environment is that, despite being designed to act in human and domestic animal’s systems, these compounds also affect other organisms such as birds and fishes. Vertebrate physiological pathways are very conserved so these compounds might either act in the same pathways or disrupting endocrine functions.

In 2004, for instance, vulture populations were significantly declined due to contamination by diclofenac because they fed on treated livestock carcasses. Another example is that fish populations have been experiencing femininization of male individuals due to the endocrine-disrupting function of pharmaceuticals. Despite this, effects of these pollutants are still to be determined in several animal groups, including elasmobranchs. 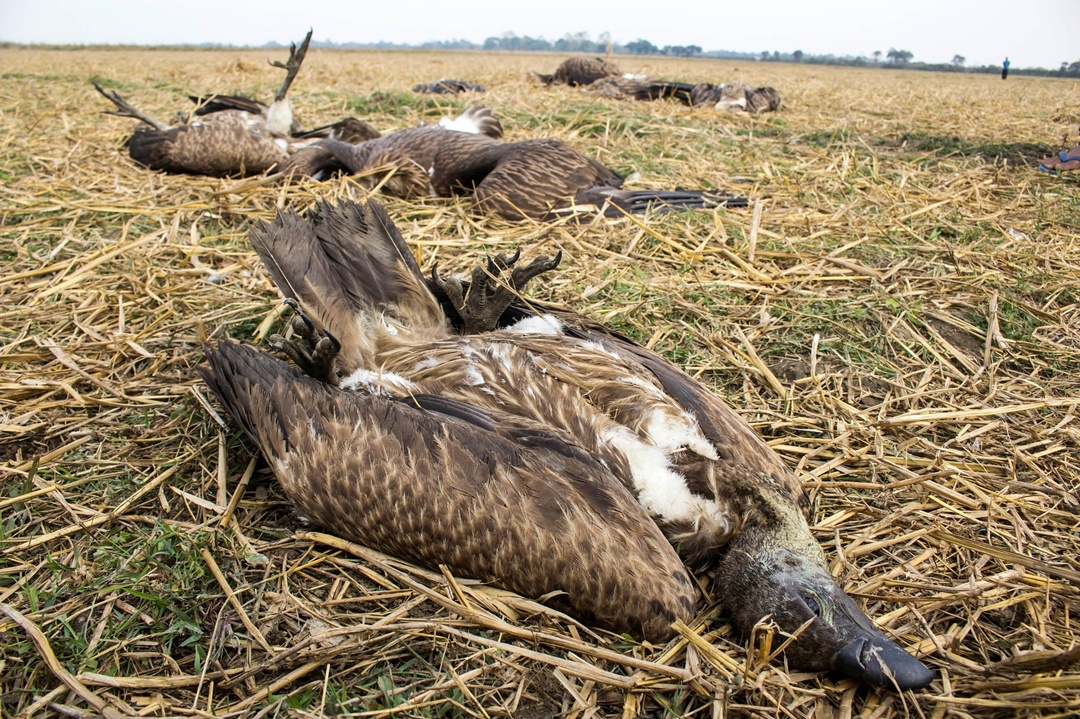 Vulture populations have severely declined in India due to contamination by diclofenac. Photo © Vulture Conservation Foundation

In our recent study (Martins et al., 2020), we assessed the accumulation of a variety of inorganic and organic pollutants and found out that the Brazilian guitarfish is exposed to diclofenac and personal care products such as parabens and UV-filters, accumulating these compounds in several tissues. Considering the Brazilian guitarfish as a model, it is likely that other elasmobranchs inhabiting near-shore environments might also be exposed to these contaminants. 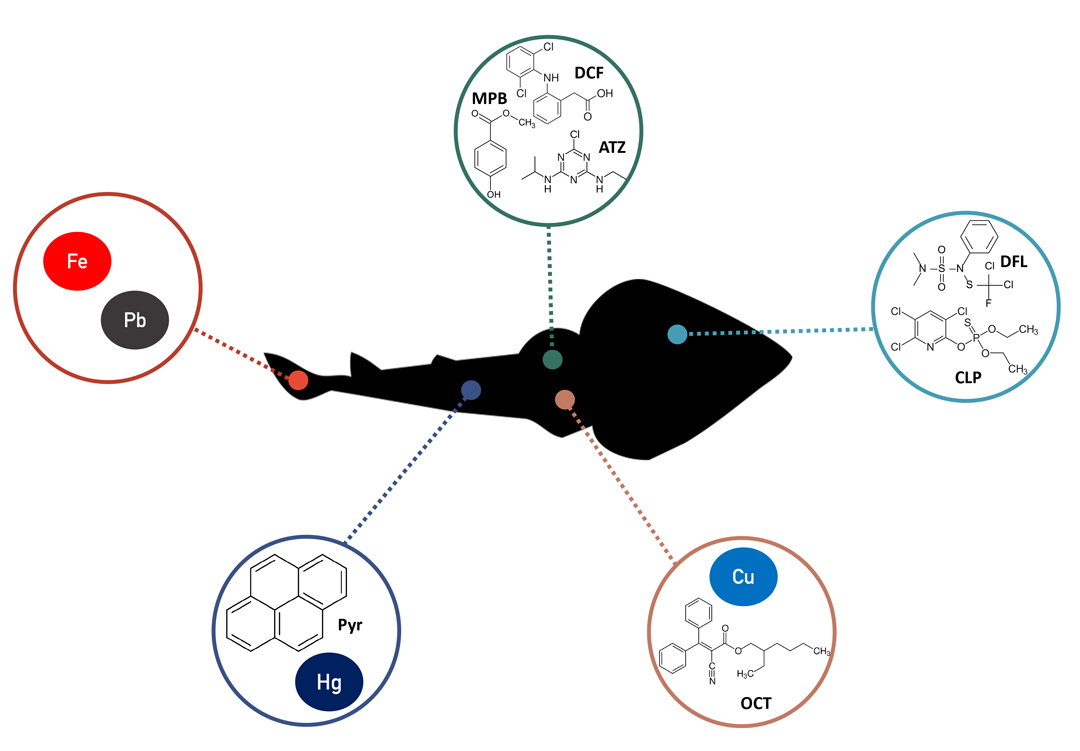 The Brazilian guitarfish is contaminated with several compounds, including diclofenac, parabens and UV-filters. Image © Mariana Martins

Taking this into account and considering that several elasmobranch species are traded and consumed worldwide, one might wonder if these contaminants might get to people’s tables. If this is true, humans would be self-contaminating, which means they would be feeding on elasmobranch’s meat contaminated by their own waste. Whether this might be happening or not, it is still to be discovered, but the fact is that elasmobranchs might be accumulating several of these emerging concern compounds which might be being consumed by humans. In the end, what goes around comes around. 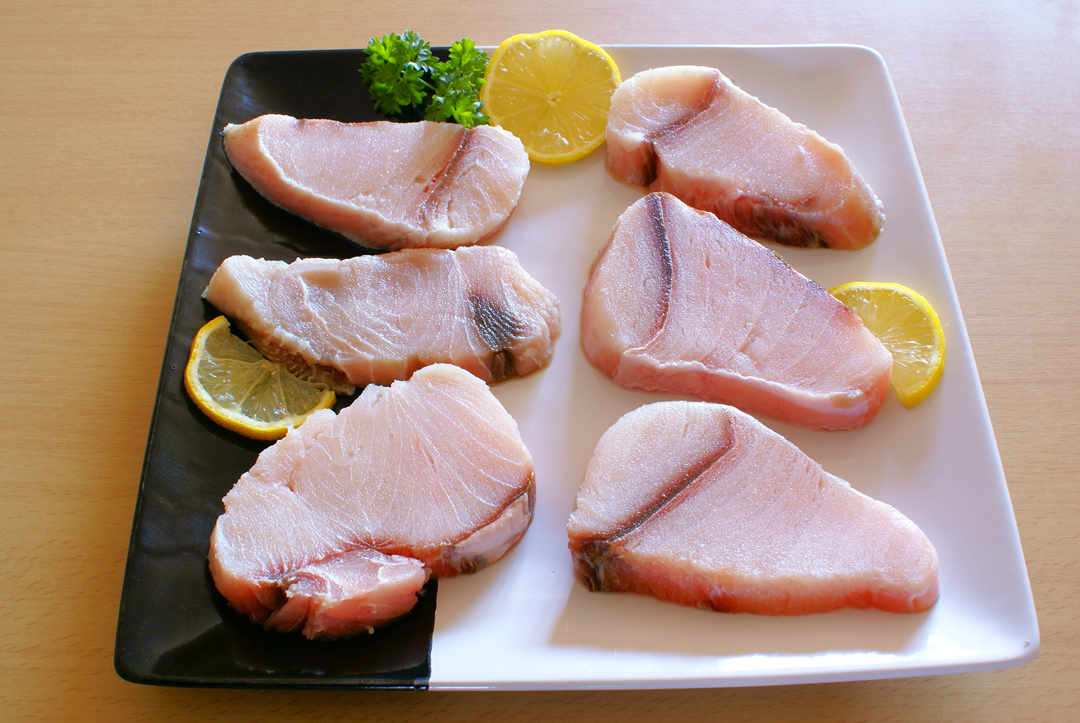 Pharmaceuticals and personal care products, as well as other contaminants, might be consumed by humans due to their accumulation on elasmobranchs tissues. Photo © Elzbieta Sekowska | Shutterstock